Feature film ‘The Legend of Maula Jatt’ has been released on the 13th of this month. The anticipated movie was released worldwide and fans were too receptive towards it because of the hype of the movie, fans also loved it because of the come back of Fawad & Mahira together as Maula Jatt and Mukho. Well, fans also waited for a few more appearances like Humaima Malick and Hamza Ali Abbasi, whose performances were loved by fans. 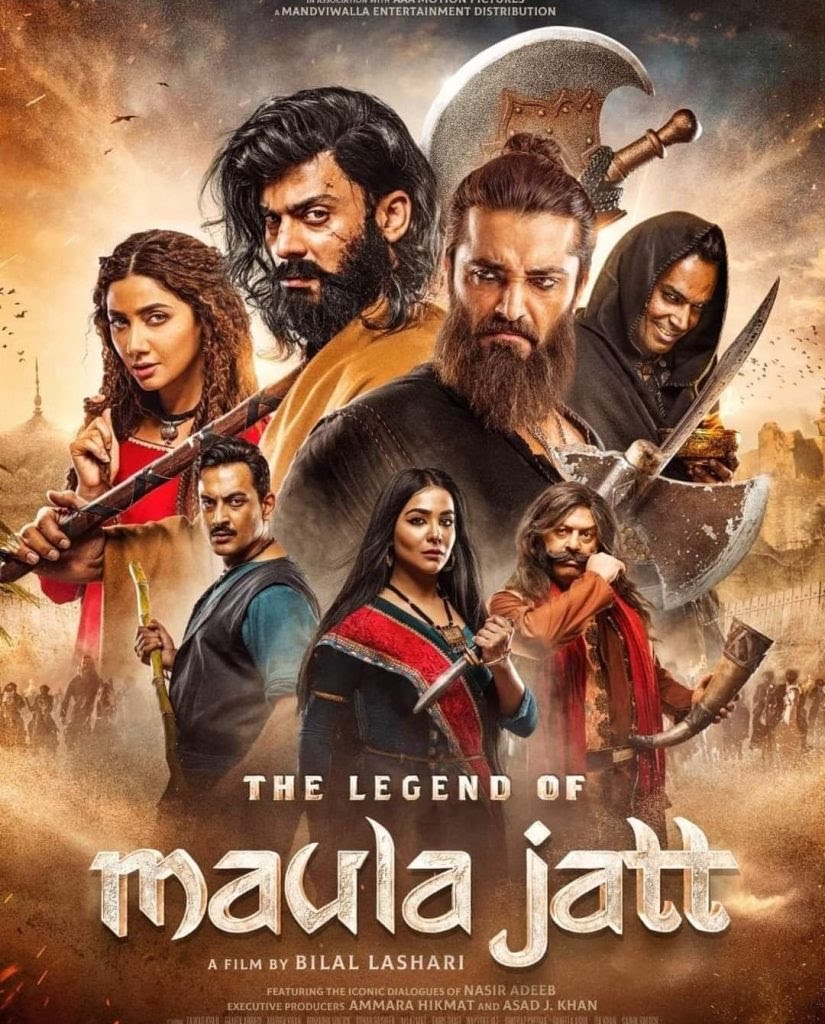 The film had seen record breaking gross since the day one and it has collected 50 crore plus in 5 days as per the numbers shared by the cinema managements. The film experienced the biggest opening weekend with all time highest gross on day one in history of Pakistan. The legend of Maula Jatt earned 11.30 CR which is biggest so far. On second number Salman Khan’s Sultan collected 11.25 CR. Sanju collected 10.28 CR. JPNA 2 collected 10.13 CR. Punjab Nahi Jaungi collected 7.57 CR. 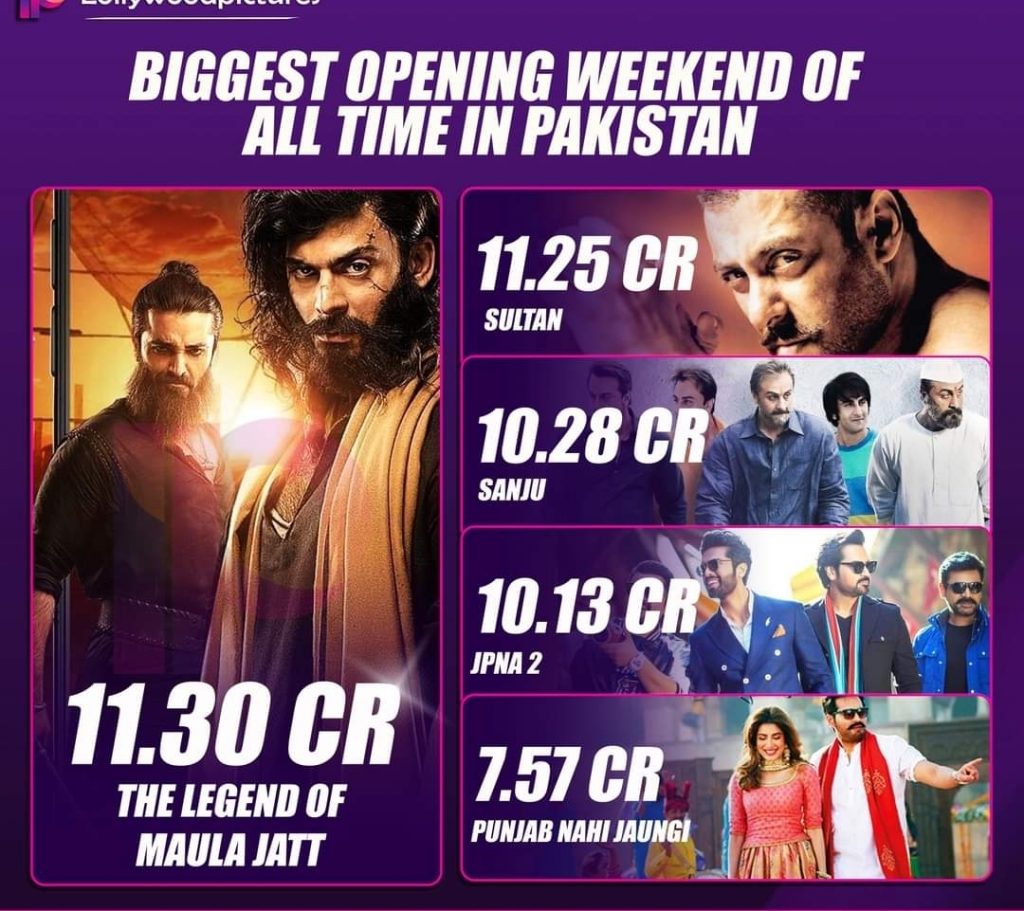 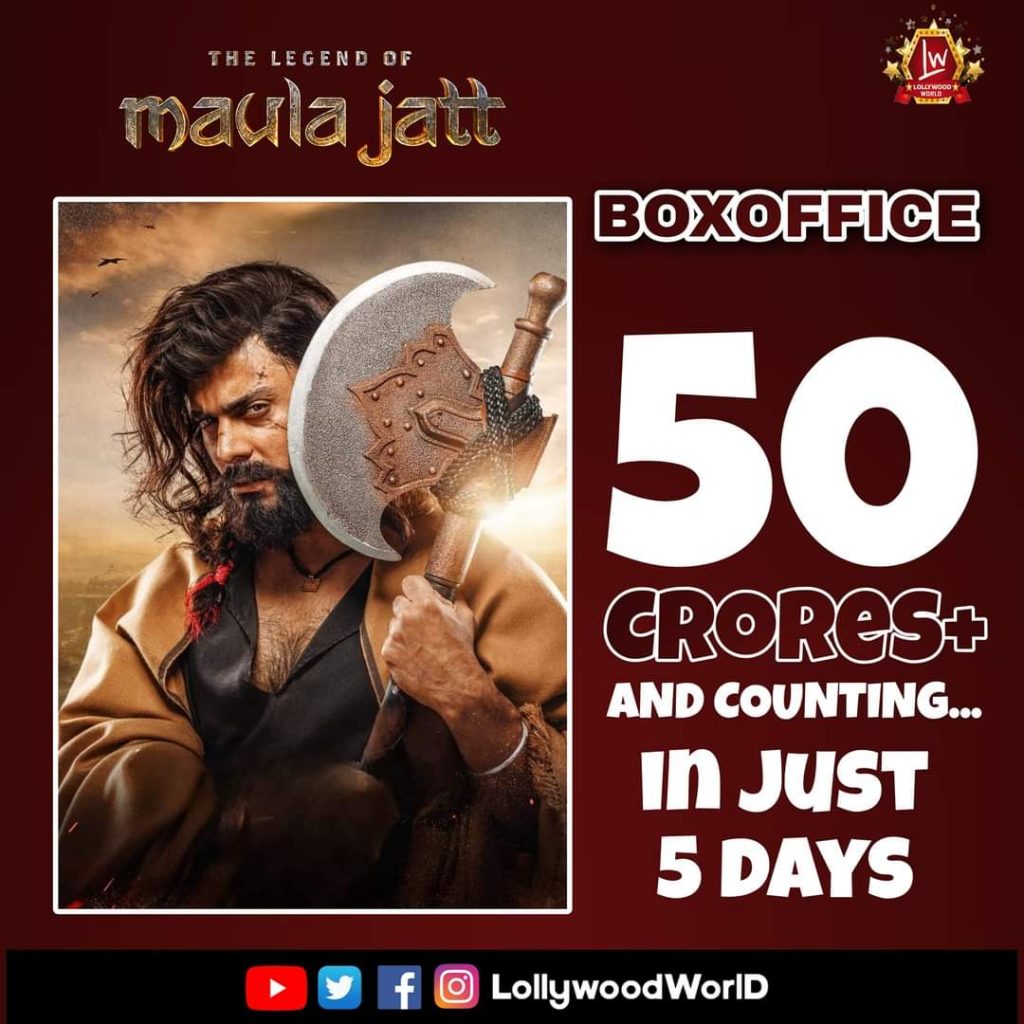 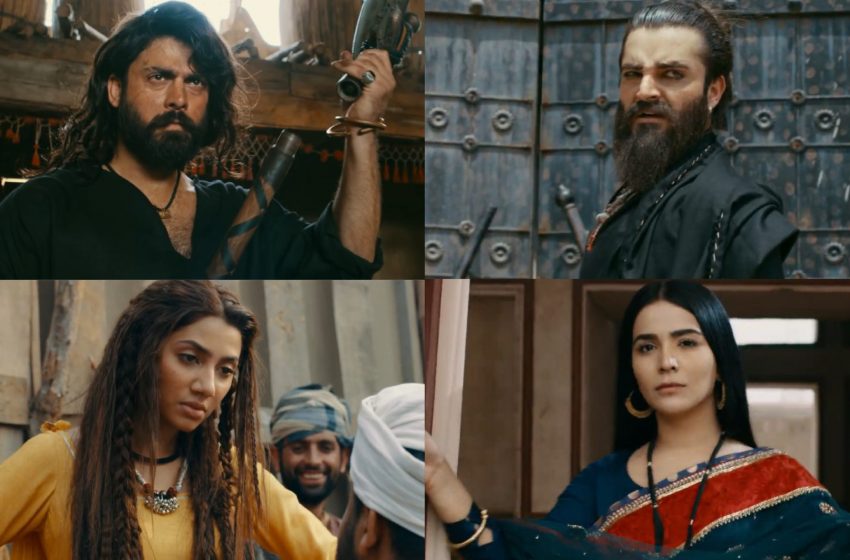 Did you watch the movie? Do let us know about your experience of watching The Legend of Maula Jatt.