The Most Controversial Pakistani Celebrities in 2019

A controversy is anything which gives rise to disagreements because it is not something which people can agree on. There are different viewpoints about a controversial subject and most often these viewpoints give rise to heated debates on social media and elsewhere. Anyone who keeps on getting into situations which result in public disagreements or those people who do not care about the culturally accepted behaviors often are considered controversial. More than that however nowadays people’s own actions with regards to their personal life often land them into controversies. There are also those celebrities whose personal secrets were revealed without their consent and even though they kept on giving justifications but no one listened to them. Then there are those celebrities whose choices and statements made them controversial.

Here is a list of the most controversial Pakistani celebrities in 2019. A lot of people might disagree with some names obviously because after all there can be no unanimous opinion when it comes to a controversy.

Iqra Aziz did some of her best projects this year but the Lux Style Awards she won and the relationship she has with Yasir Hussain often landed her in controversies. Many people thought Iqra’s award for Suno Chanda was highly controversial since there were better actresses who deserved this award. The public display of affection and the proposal at the Lux Style Awards landed Iqra Aziz in a bigger controversy than ever. Iqra faced so much criticism and got so much hate from the people that she even closed down her twitter account. Iqra Aziz also has started strict monitoring of her Instagram account and only her fan pages can now comment there. In an interview Iqra said that she will let her projects speak for her and people will eventually forget about all this.

Aiman Khan is young and extremely popular but it seems like she is too young to handle all this popularity and hence has been involved in one controversy after the other. First Aiman Khan’s big wedding sparked a great deal of controversy since people thought that this was yet another publicity stunt by an actress who is known more for her followers on social media than anything else. After her marriage, Aiman Khan decided to be a really private person but she did not succeed at it. Her bridal shower pictures were leaked and then her baby’s picture was leaked too. Aiman Khan did not say anything directly but through her sister, she conveyed that she was not happy about all this. People who know that Aiman Khan got work mostly because of her popularity on social media were enraged and that is when Aiman Khan went from being a cute actress to a controversial celebrity. The most interesting part is that Aiman Khan’s husband Muneeb Butt has not been part of any such controversies and has had a more mature approach towards everything. 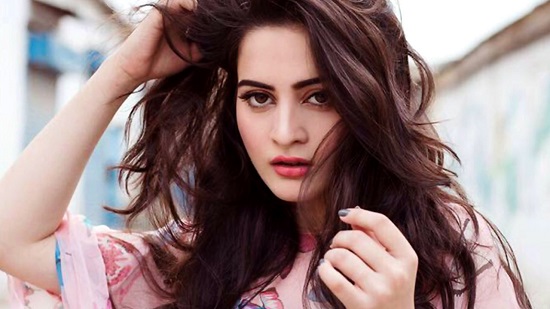 Minal Khan’s ‘support’ for her sister and her statements about not liking the unwanted attention her fans give her when she is out having a good time with her family landed her in a controversy. Minal Khan’s Instagram stories and her reactions after Aiman Khan’s pictures were leaked got a lot of criticism from people and fans. Even fans who have been following and liked Minal Khan for years started questioning her arrogant attitude. Some people went as far as saying that it was Minal Khan who leaked Aiman Khan’s pictures which was partially true since she did post one picture from the baby shower on her Instagram story, which was later deleted. Minal Khan surely has a long way to go since she needs to learn how to deal with the new found fame. Until now, she has not been doing that well and therefore has been landing herself in one controversy after the other.

Mahira Khan is one of those celebrities who keep on getting into controversies. In 2017 it was because she was caught smoking with Ranbir Kapoor and then last year several videos showing how addicted she was to smoking surfaced. This year when Firdous Jamal gave the statement regarding Mahira Khan, there was a big debate about whether Mahira Khan really was a star or not. When Momina Duraid issued a statement banning Firdous Jamal, Mahira Khan didn’t have much to say about it. Although, Mahira herself did not do anything to land herself in a controversy but the statement by Firdous Jamal surely landed her in one and even some of the celebrities started saying that Mahira indeed was old and she was not a superstar. The Mahira Khan vs Firdous Jamal war landed Mahira in one of the biggest controversies of her career. People question her acting skills which sparked a long never-ending debate.

Tuba Aamir became a controversial figure when the news of her second marriage with Aamir Liaquat became public. She was the other woman, a home wrecker who was even criticized by Aamir Liaquat’s own daughter. Tuba Aamir has been part of many controversies this year from getting into an uncalled for argument with Aamir Liaquat’s daughter to being accused of dressing bold (which later proved was someone else’s picture). Then Tuba was also seen on Naheed Shabbir’s wedding who too turned out to be a home wrecker. Tuba Aamir has constantly been under criticism and even though she has a fan base too but she continues to get into some controversy or the other.

Aamir Liaquat’s statements about his second marriage in his shows and the public show of affection towards his second wife Tuba Aamir once again made him the most controversial celebrity this year. The way he was obsessed with proving that he was right and used his transmission to highlight the love between his second wife and him was seen as an attempt to make his first wife jealous. He also criticized his first wife without taking any names and addressing the issue like it was a joke. Aamir Liaquat also received a lot of criticism from people when his son was undergoing an operation and he was away for Umrah with Tuba Aamir.

Naheed Shabbir’s wedding pictures went viral and initially most people wished her well not knowing the background. Later on, a well-known journalist revealed the true story behind this marriage. She revealed that Naheed Shabbir’s second husband had left his wife and kids without any support at all in order to get married to Naheed Shabbir. The prayers of the people turned into criticism after this news went viral. People were shocked to find out how both of them left their families to marry each other and as a result Naheed Shabbir became a controversial figure.

15 Pakistani Actresses Who Are Naturally Beautiful