Hassan Sheheryar Yasin, aka HSY, returned with a brand new season of his talk show ‘Tonite with HSY’. I must confess that I was never an avid follower of any Pakistani talk show because the shows I’ve watch seemed too over-dramatized to me since couple of segments were always more or less pointless.

However, this is the first time i watched an episode of Tonite With HSY, because my readers asked me to give this a try and i must say i’m quite impressed because i feel that this show is probably the best talk show we have. Not a fan of HSY, but he surely is somebody not alien to the camera and his zealous mannerism into the show was the perfect mood lifter; it has definitely put this show on my weekly watch list.

HSY invited OKB and Ainy Jafferi in the first episode of the 4th season and he has kept the momentum high this week again by inviting another two celebrities with a huge fan base- the ravishing Ayesha Khan and the very handsome, Azfar Rehman. Like last week, he invited the guests one after another giving some extra time to chat with Ayesha Khan before Azfar joined them. For a moment, I wasn’t sure whats up with HSY and Ayesha Khan but then he stated that he’s known Ayesha Khan for years before she started her career.

So, this time around HSY was cheeky enough to clear all the rumours surrounding Ayesha Khan. Oh boy, there are a lot and i liked the way she responded to them (not for all though). Alright, lets get into what she said, so for like the billionth time Ayesha had to assure that she isn’t dating Hamza Ali Abbasi, though she was witty at it (mind you girls, there’s no chance for you either lol). HSY’s questions were getting more witty as he spoke about the hate people have for Ayesha Khan. So, she believes that people hate her because she has good ‘male friends’ (is that really the case here?), i remember she said this in an interview with BBC too! Well, she names her friends too and we had to hear them again!

However, Ayesha owned it completely- from witty answers to amazing gestures, she was a delight to watch. Her strong comment on Bollywood did not went unnoticed as she said that it’s better to work in Pakistan then to work in Bollywood and get kicked out.

Then came in Azfar Rehman, who spoke about his friends, his personality issues with Sohai Ali Abro and yes his marriage. He revealed that he’s a really different person and his wife is someone who is used to his lifestyle. Moreover, HSY asked Azfar about his remarks on Faysal Qureshi (for the toilet cleaner ad) and it was surely a fun moment. Anyways, according to Azfar he’s good at making the toilet dirty but not cleaning! Needless to say he’s a very competent actor and fun to watch, and not to forget he’s really good at giving disclaimers to safe himself!

There were many segments which were fun, but i still enjoyed them having casual conversation since HSY was clever enough to get the facts out of them. This episode of Tonite with HSY was filled with that tongue and cheek humor, it will be fun tuning in next week to see what HSY will have in store for us.

What do you think of Tonite With HSY’s 2nd episode? Do share your thoughts. 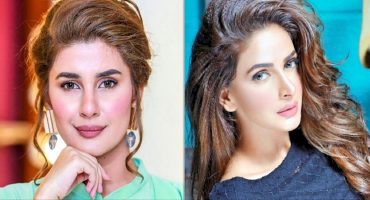