Pakistan television and film’s senior actor Rasheed Naz has passed away today at the age of 73. 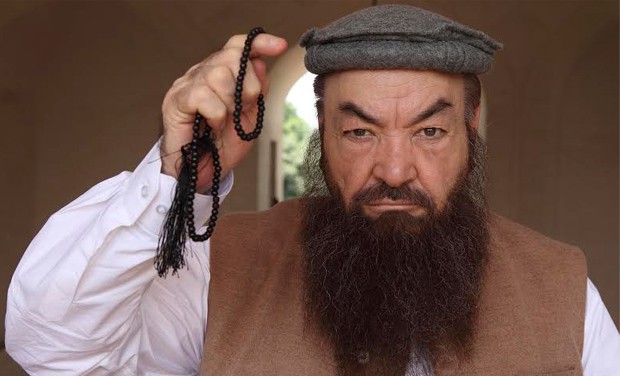 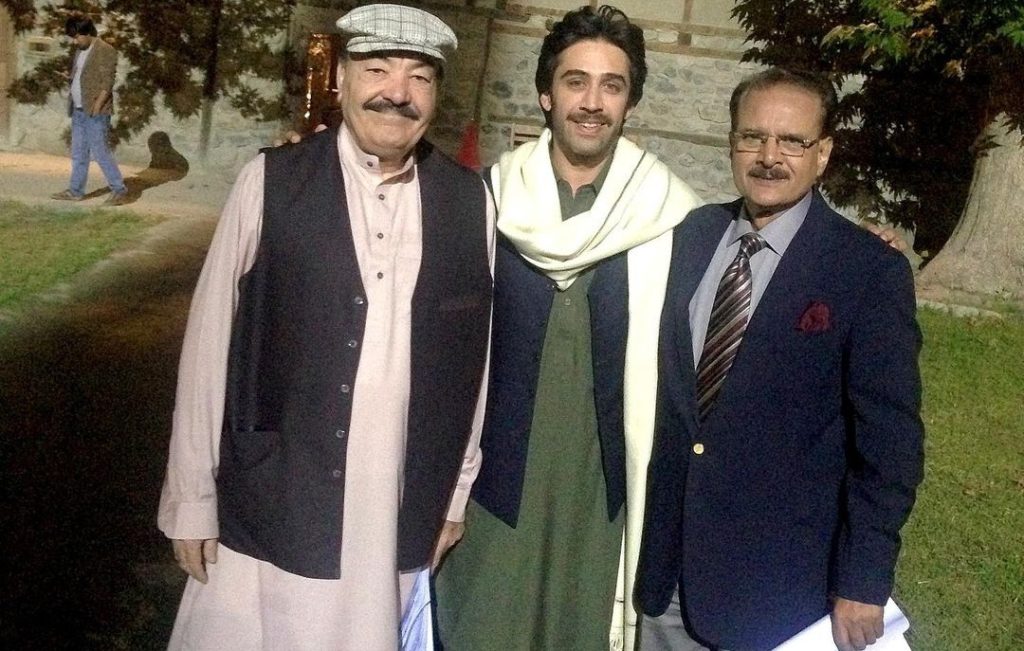 His daughter in law Madiha Rizvi took the news to her Instagram. She wrote, “إِنَّا لِلَّٰهِ وَإِنَّا إِلَيْهِ رَاجِعُون
Our dearest Baba Rashid Naz Has left this world peacefully this morning. Please recite Sureh Fateha for the departed soul 🙏” 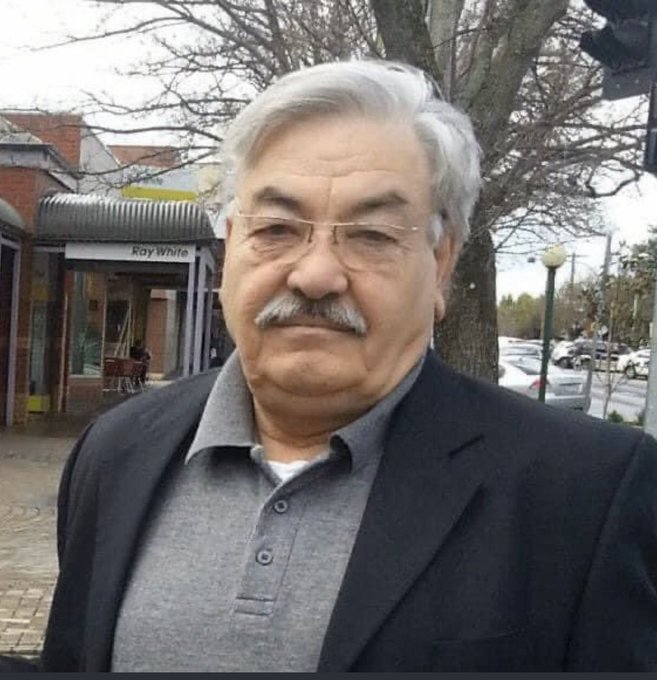 Rashid Naz’s funeral prayer was offered at Faqirabad Eidgah at 3 pm. The legendary actor Rashid Naz was born on September 9, 1948 in Khyber Pakhtunkhwa. He showed his acting’s essence in many films and dramas. In 1971, he started his television career as an actor in a Pashto drama. Rasheed Naz has acted in several Pashto, Hindko and Urdu language dramas . His first Urdu drama was ‘Ek Tha Gaon’ which was aired in 1973 on PTV. His first popular play was Namoos. He also did Pakistan’s first ever private television production drama ‘Dasht’ with Abid Ali.

Many Pakistani celebrities extended their condolences on the huge loss of Pakistan. People from India and afee international journalists also posted about him on Twitter. Here are all the tweets for you. 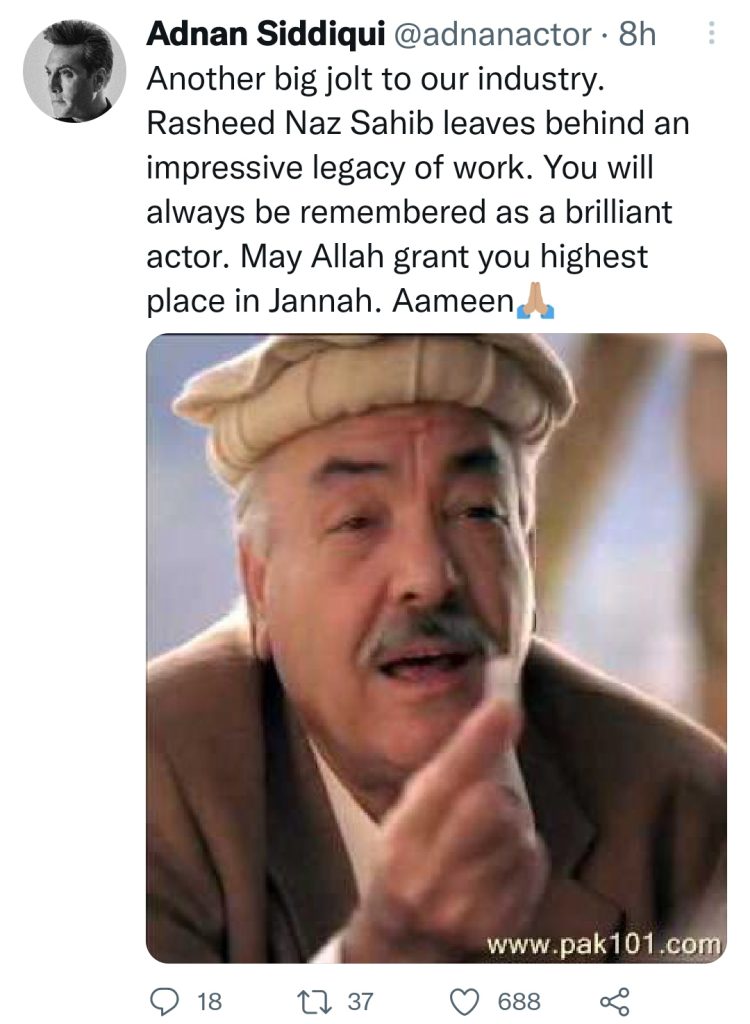 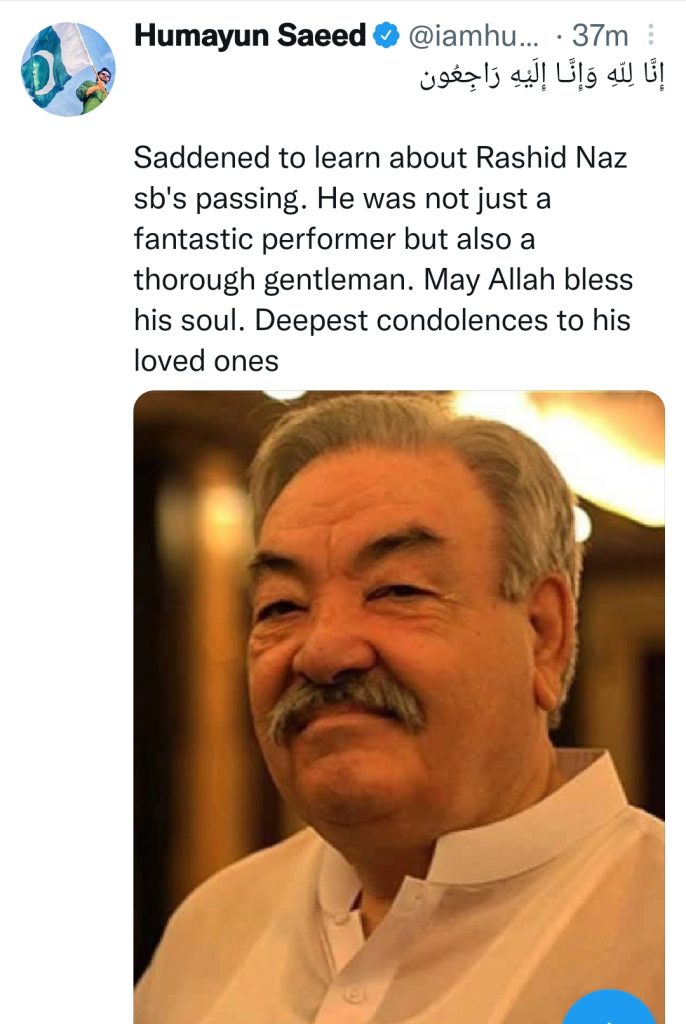 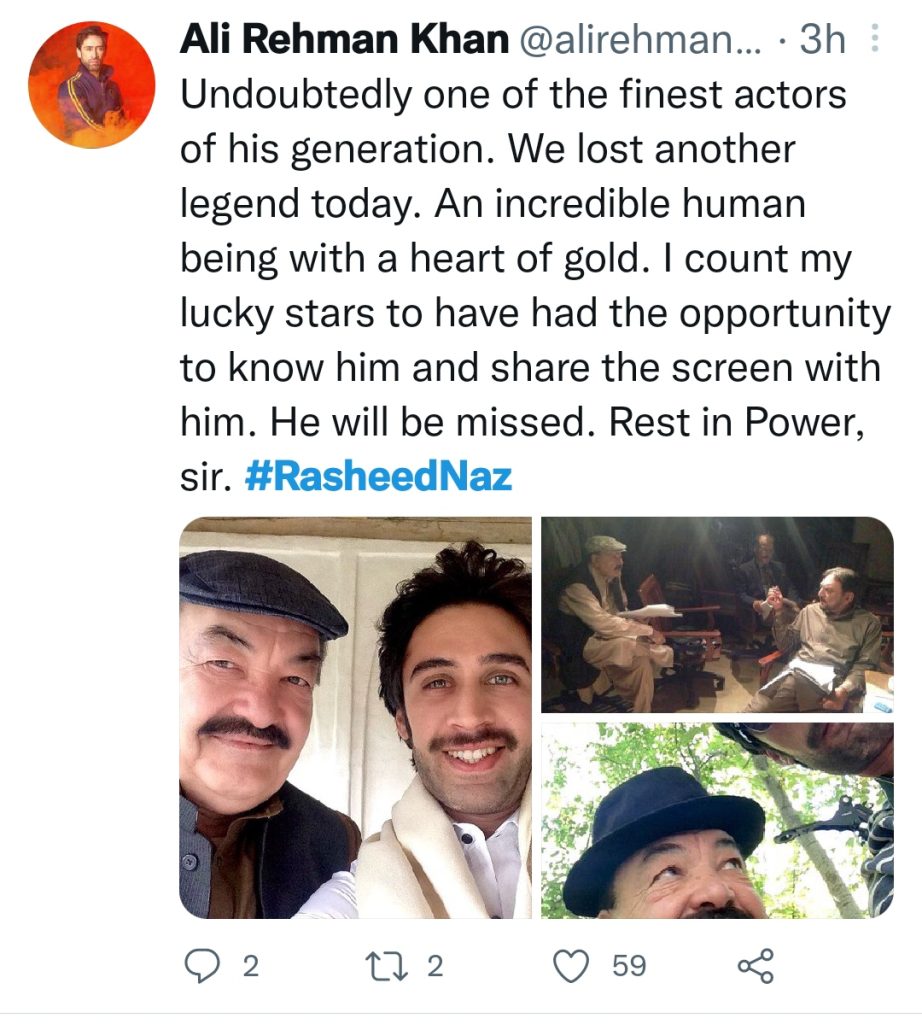 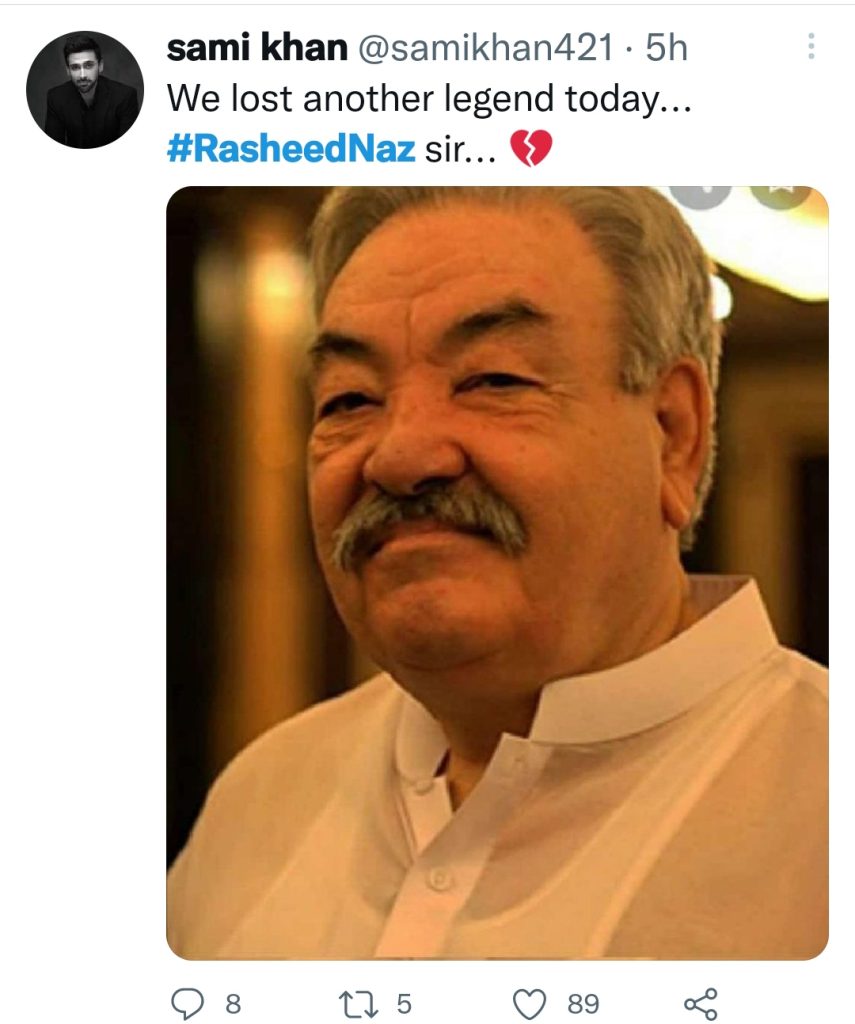 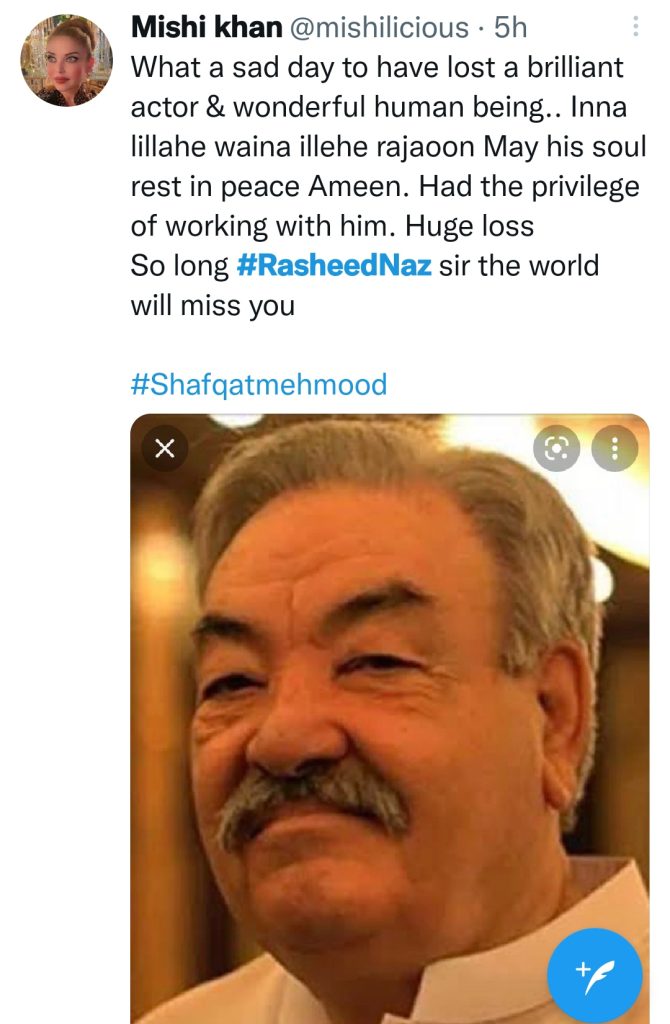 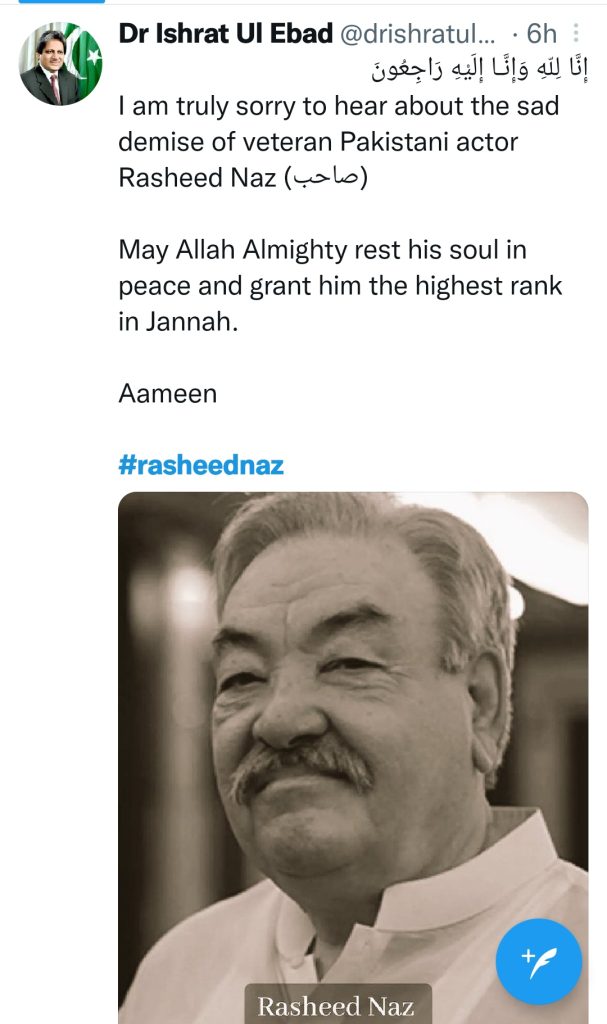 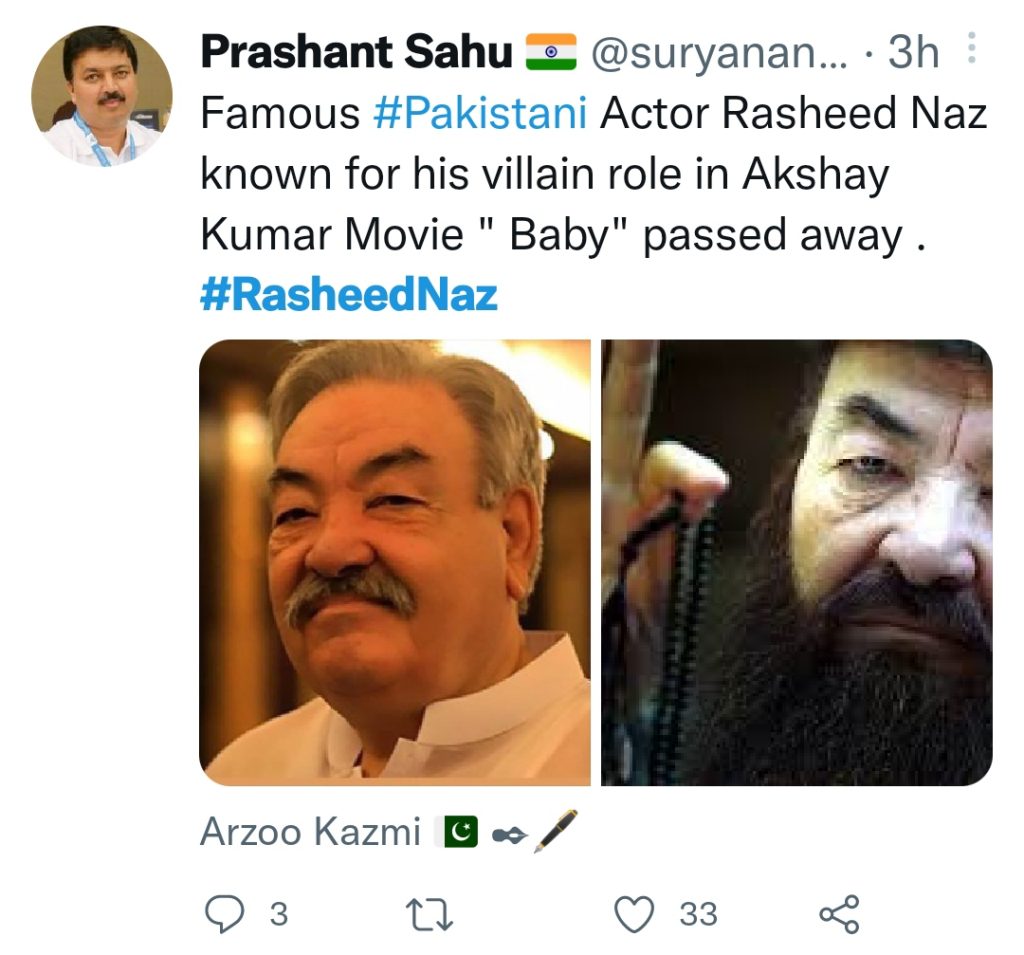 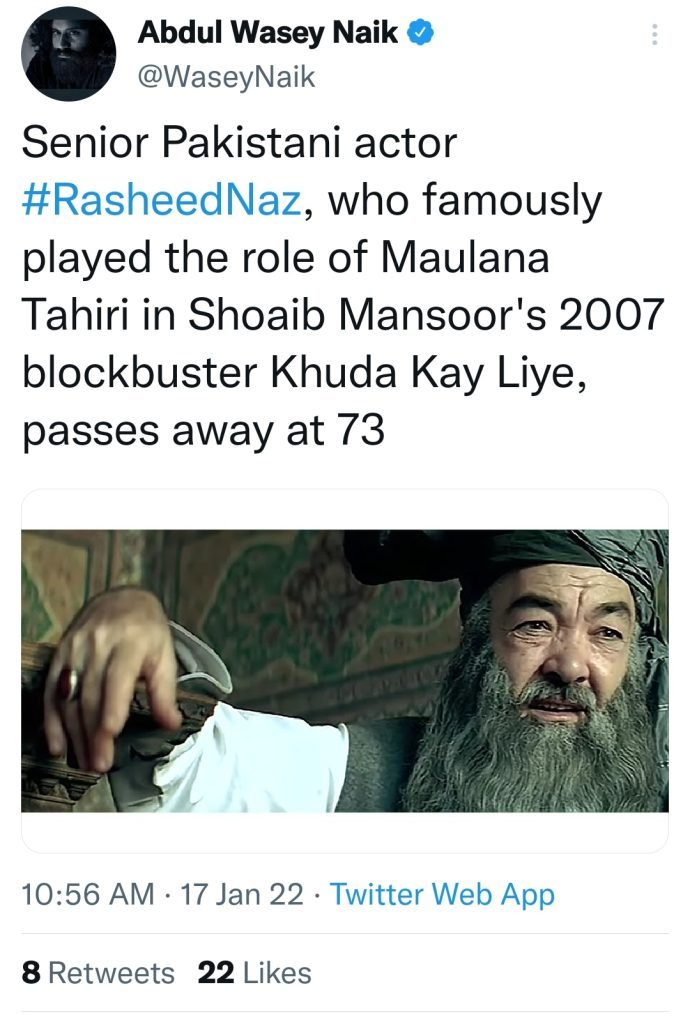 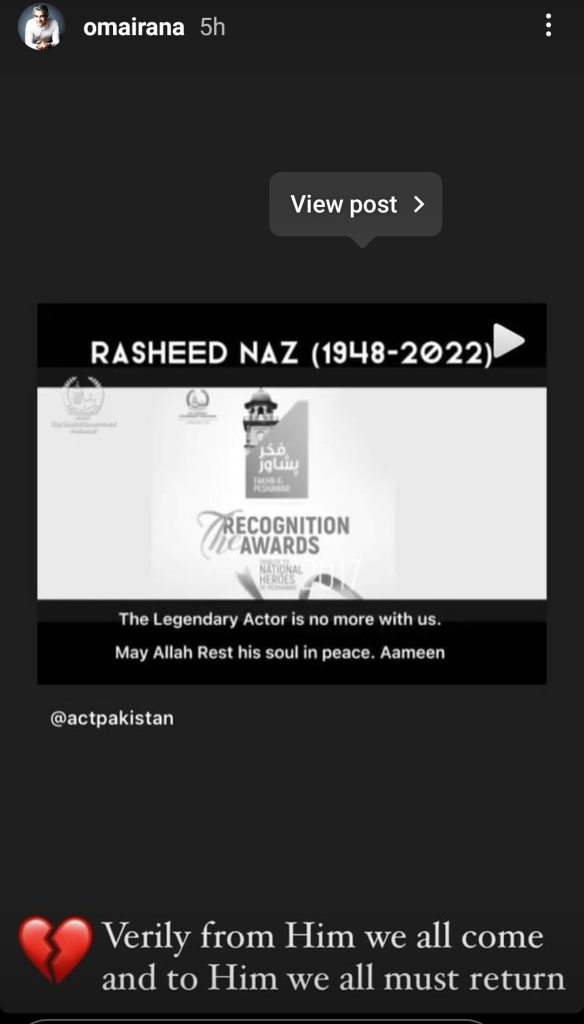 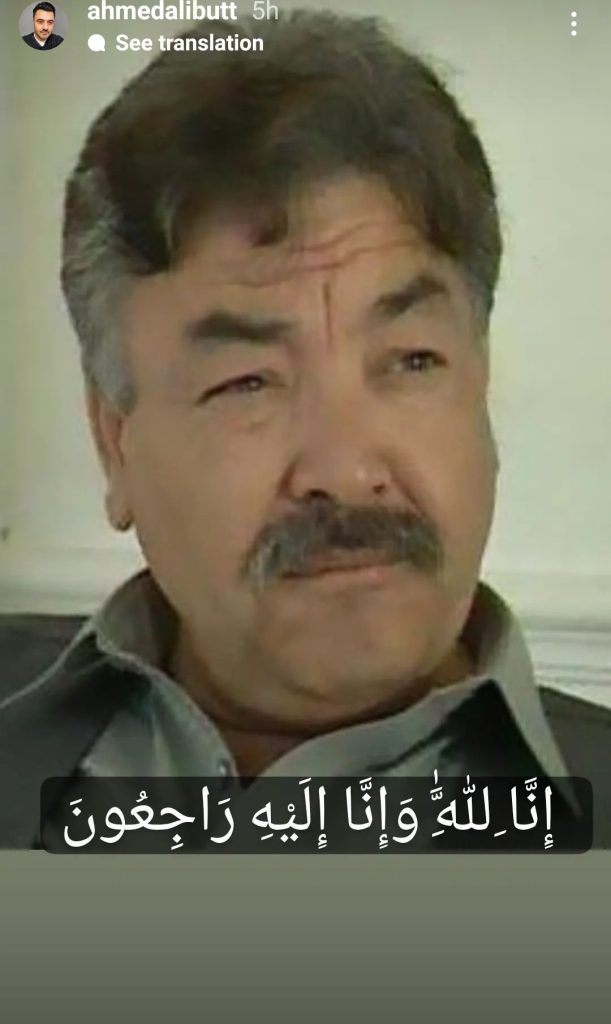 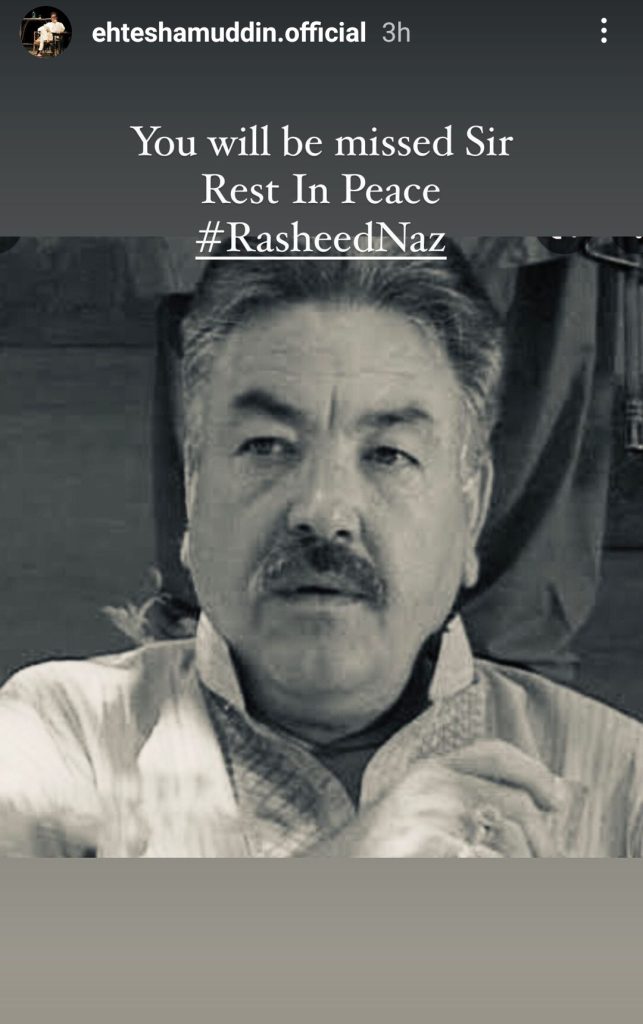 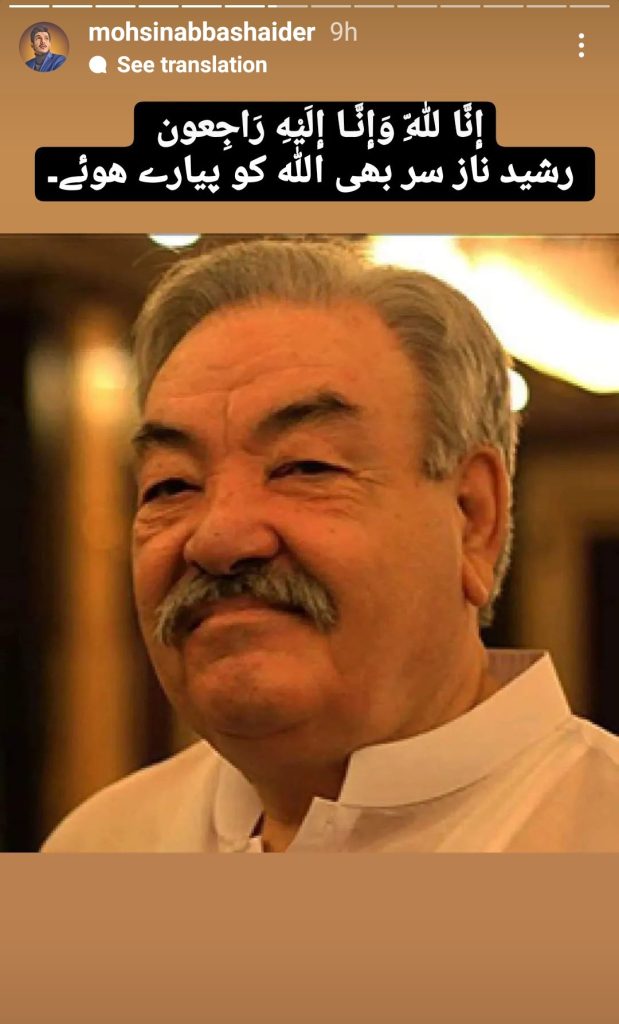 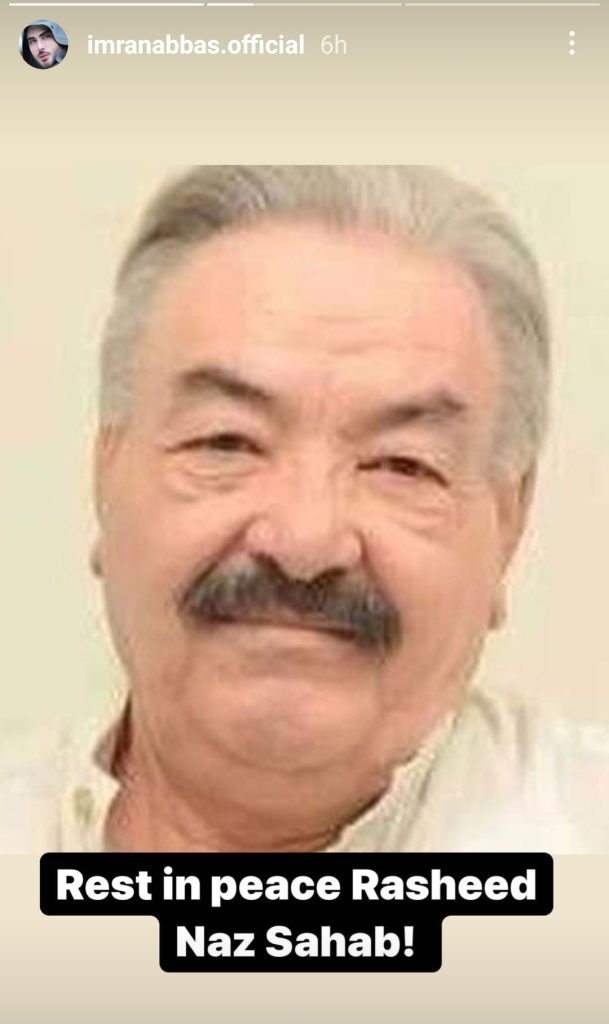 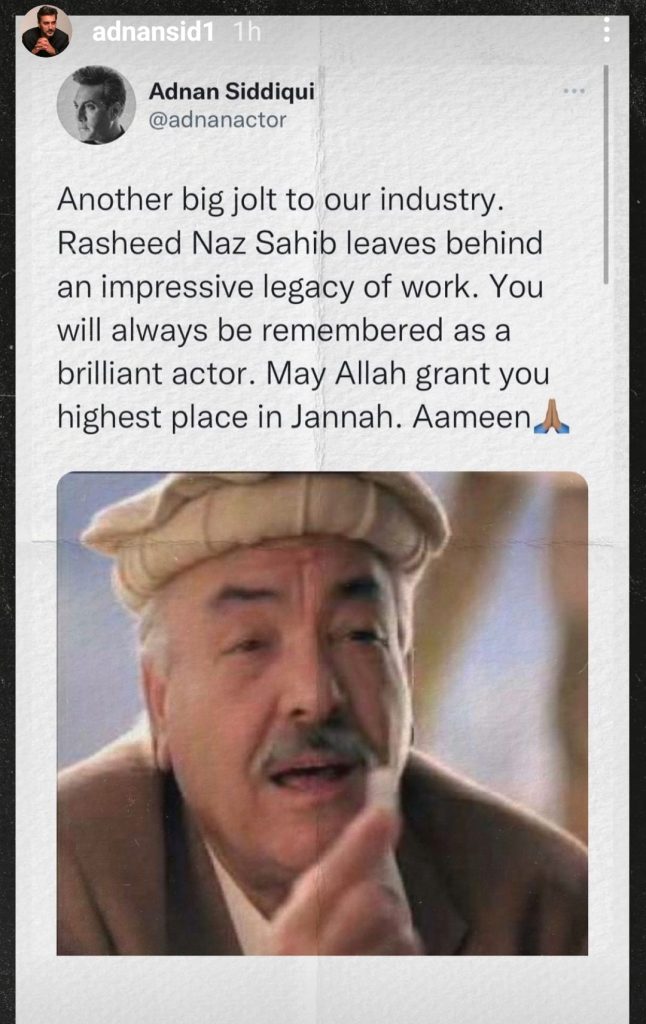 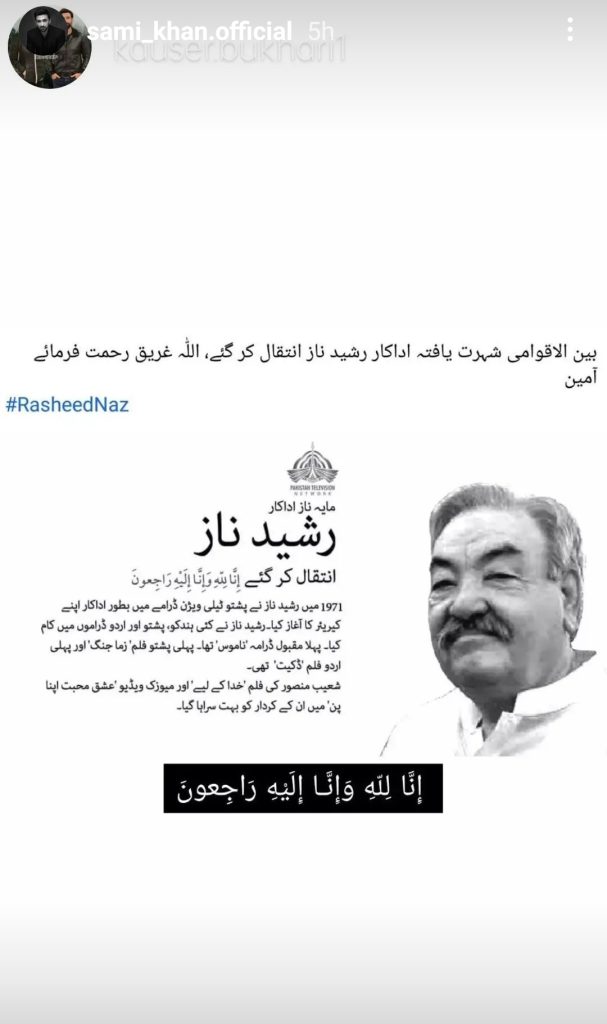 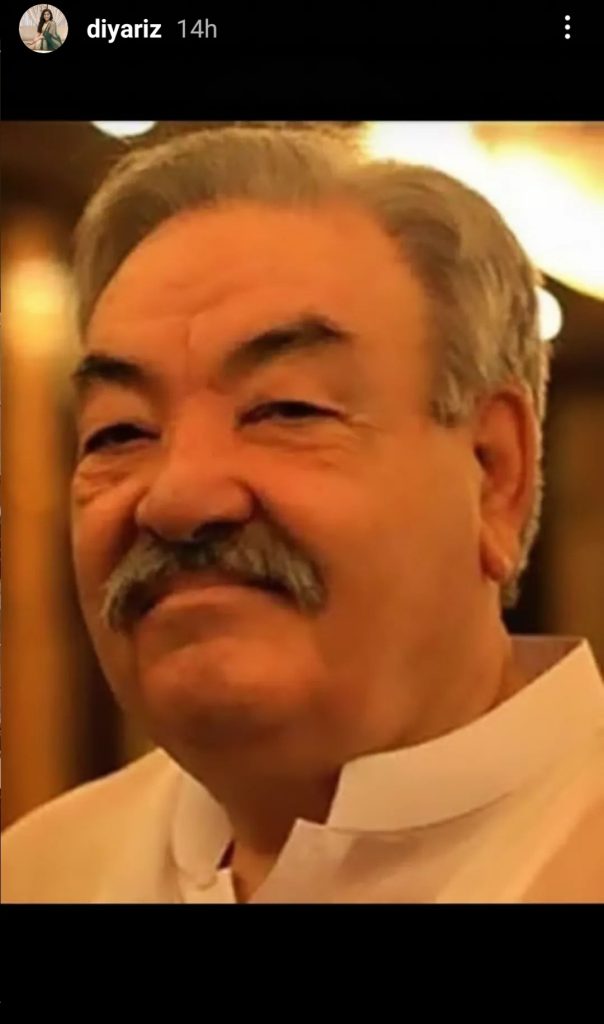 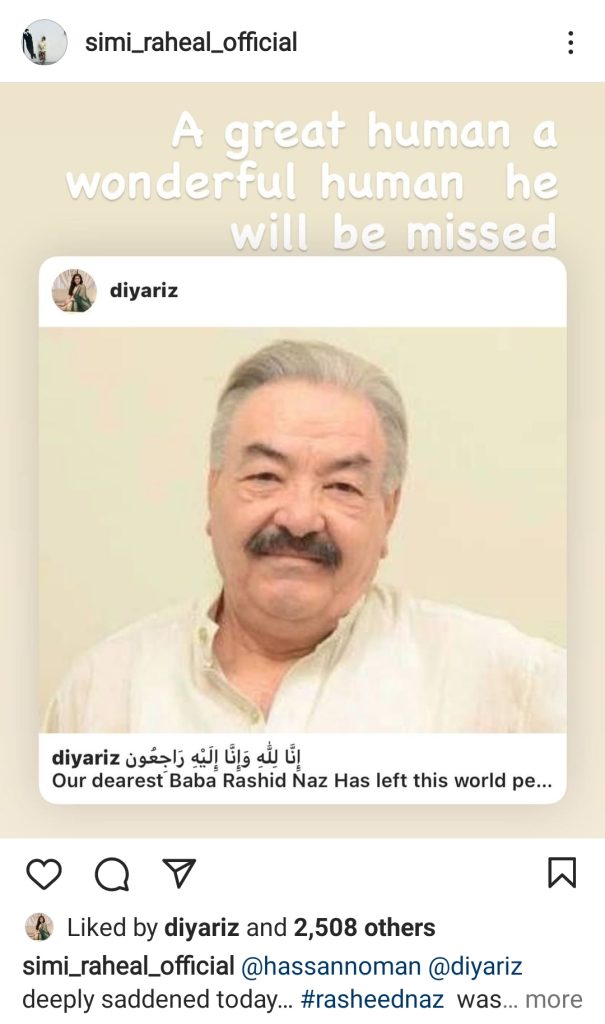 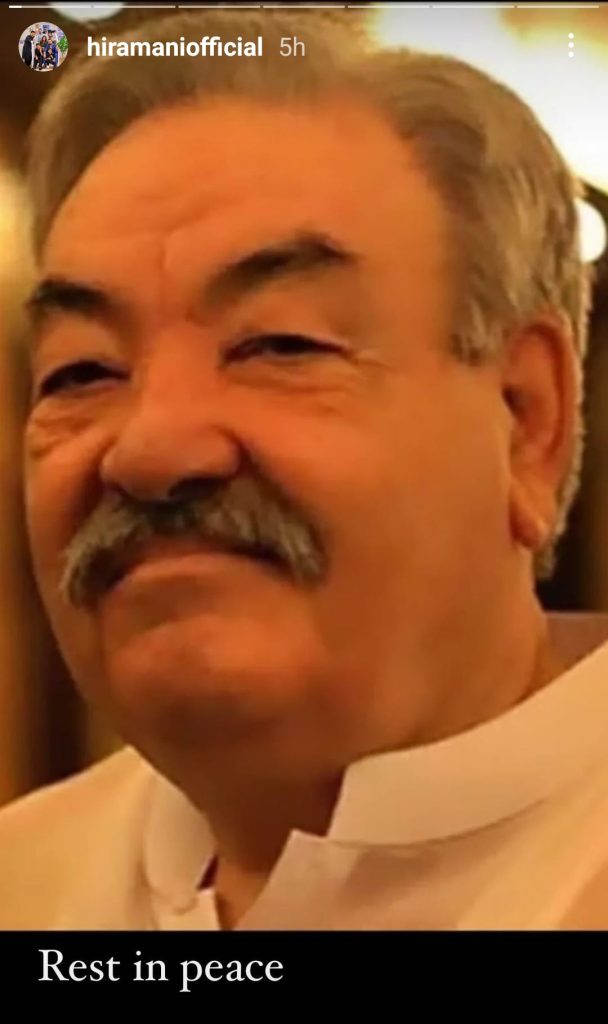 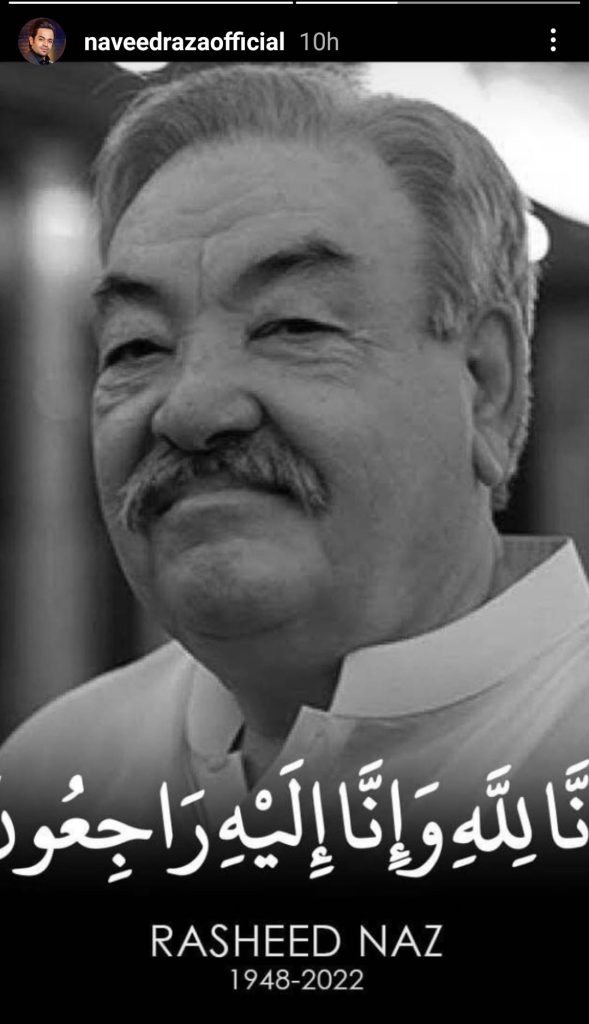 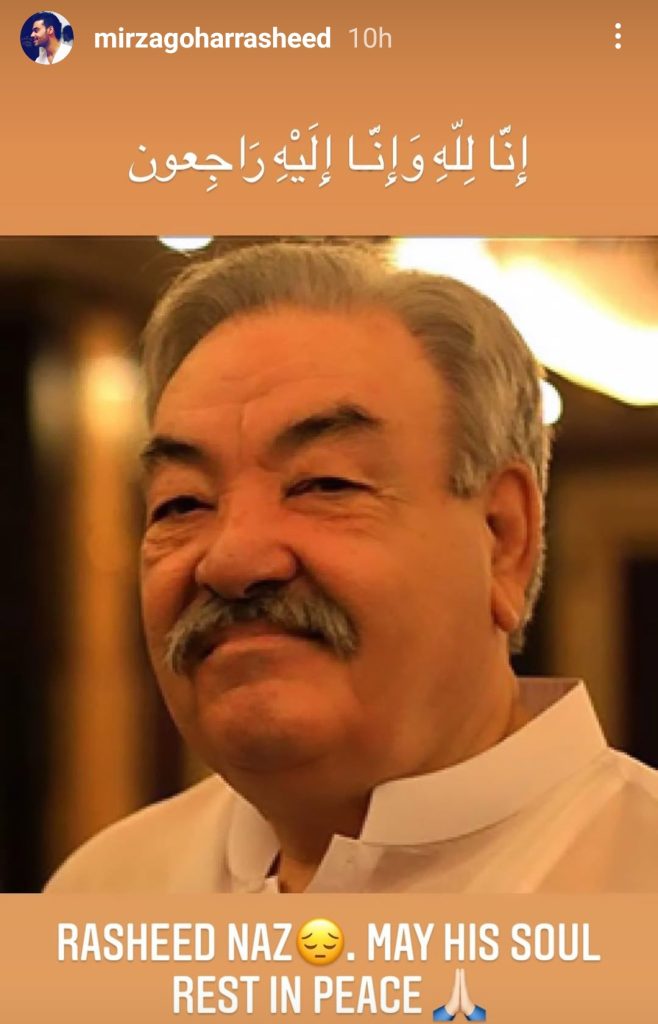