Umera Ahmed to write for films?

As per unconfirmed reports published in many Urdu papers, Umera Ahmed the acclaimed drama writer is approached by Agha Sajjad Gull a leading film producer of Pakistan to write for his upcoming film. 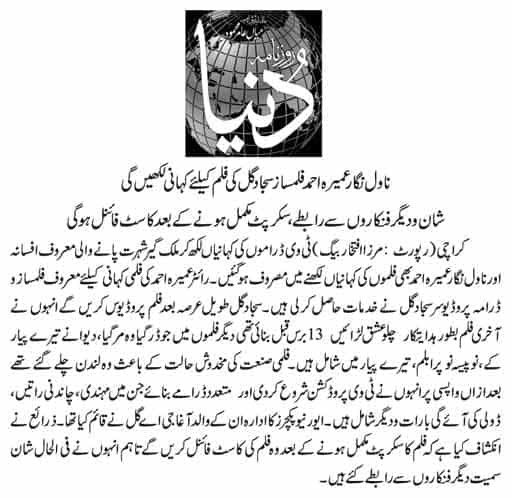