Veteran artist Mehwish is no more with us

Veteran artist Mehwish is no more with us, she passed away yesterday in Lahore. She was suffering from intestinal ailment and hepatitis. Known as Mehwish Aapa among fellow artists, she served theatre, films and television in supporting and comic roles.

Her famous roles were the mother of Kaka Manna in Shab Daig from PTV Lahore centre. Se also played the role of Zakootan (female zakoota jinn) in Ainak Wala Jinn in 1990s. 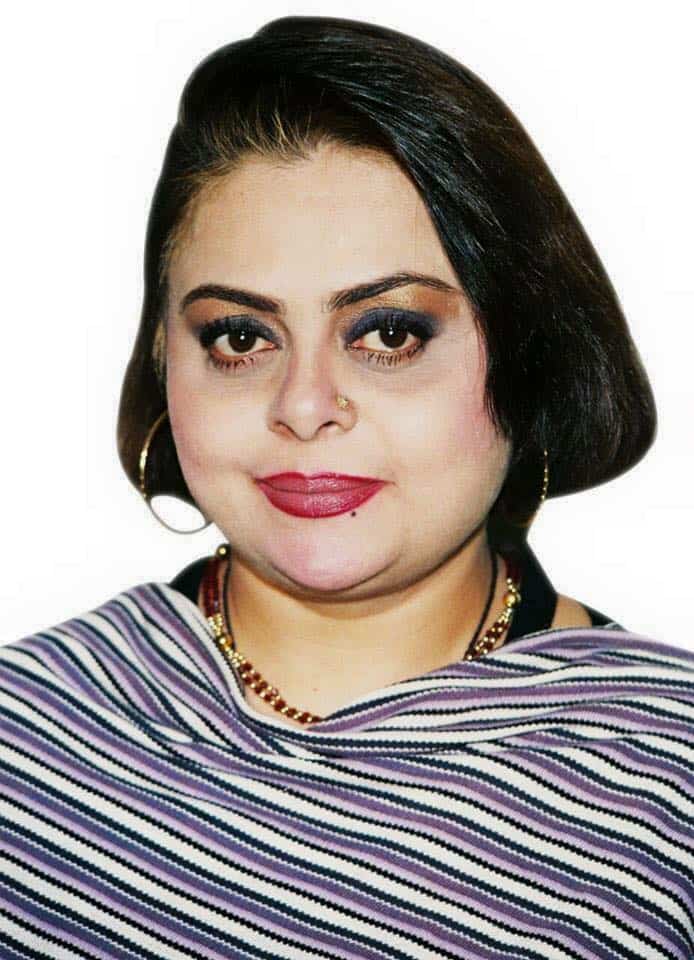 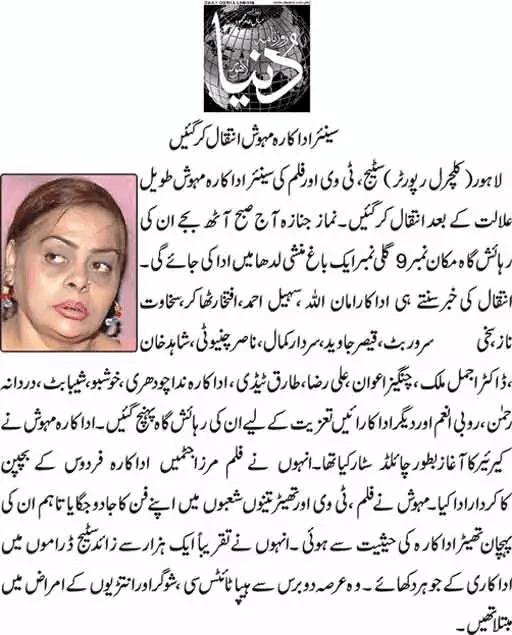