Misidentification and not giving due credit and opportunities to non-white people is a vice that is greatly prevailing in the western media. Such an incident took place recently and not by any small publication but by the coveted Vogue Magazine in their latest issue. The American-Muslim journalist and activist Noor Tagouri was misidentified as Pakistani actress Noor Bukhari in the latest February issue: 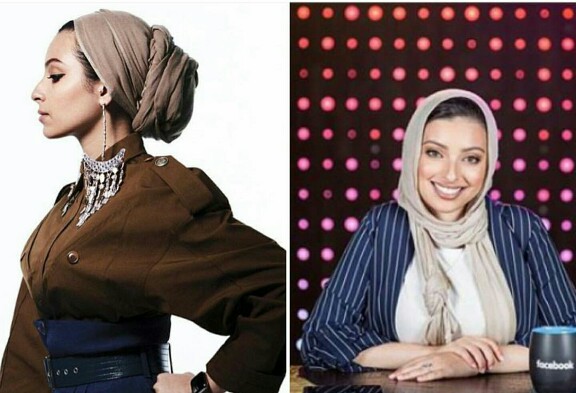 They described Noor in a caption as ” actor, director and model” thus misidentifying her for Pakistani actress Noor Bukhari: 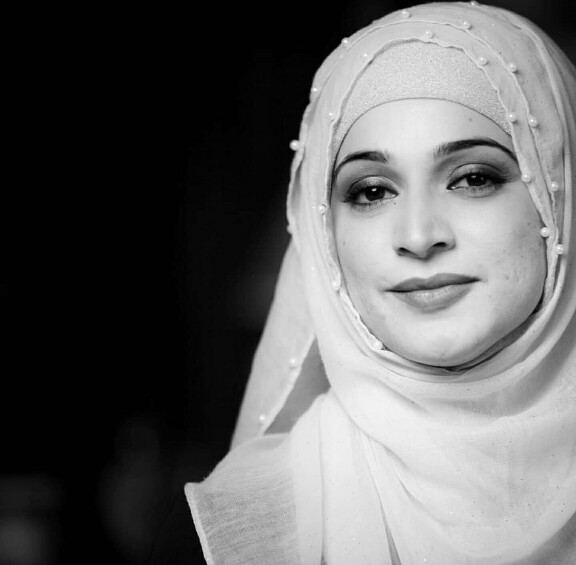 Noor Tagouri was devastated on this and shared her feelings on her Instagram: 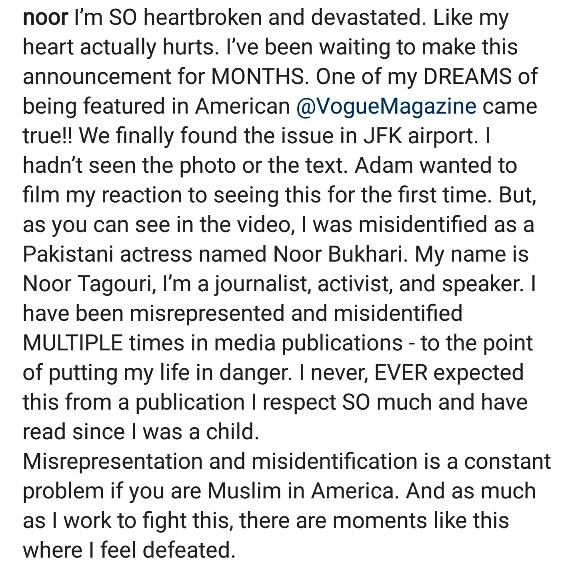 Vogue magazine also issued an apology to both Noor Tagouri as well as Noor Bukhari for their mistake: 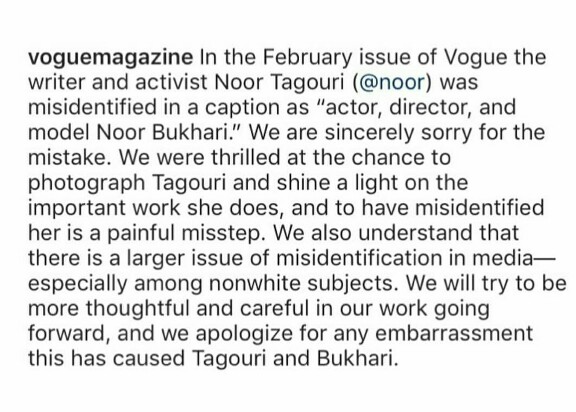