After several delays, Pakistan’s much-awaited film “Kahay Dil Jidhar” is scheduled to hit cinemas on December 17, 2021. The upcoming film is directed by Jalal Uddin Roomi and produced by Kamran Bari. The film aims to highlight the issue of drug abuse in the country and its root causes. The Lal Kabootar starlet Mansha Pasha plays the role of a journalist here, while Junaid Khan essays the character of a police officer. A few days back the catchy title track of “Kahay Dil Jidar” was released. 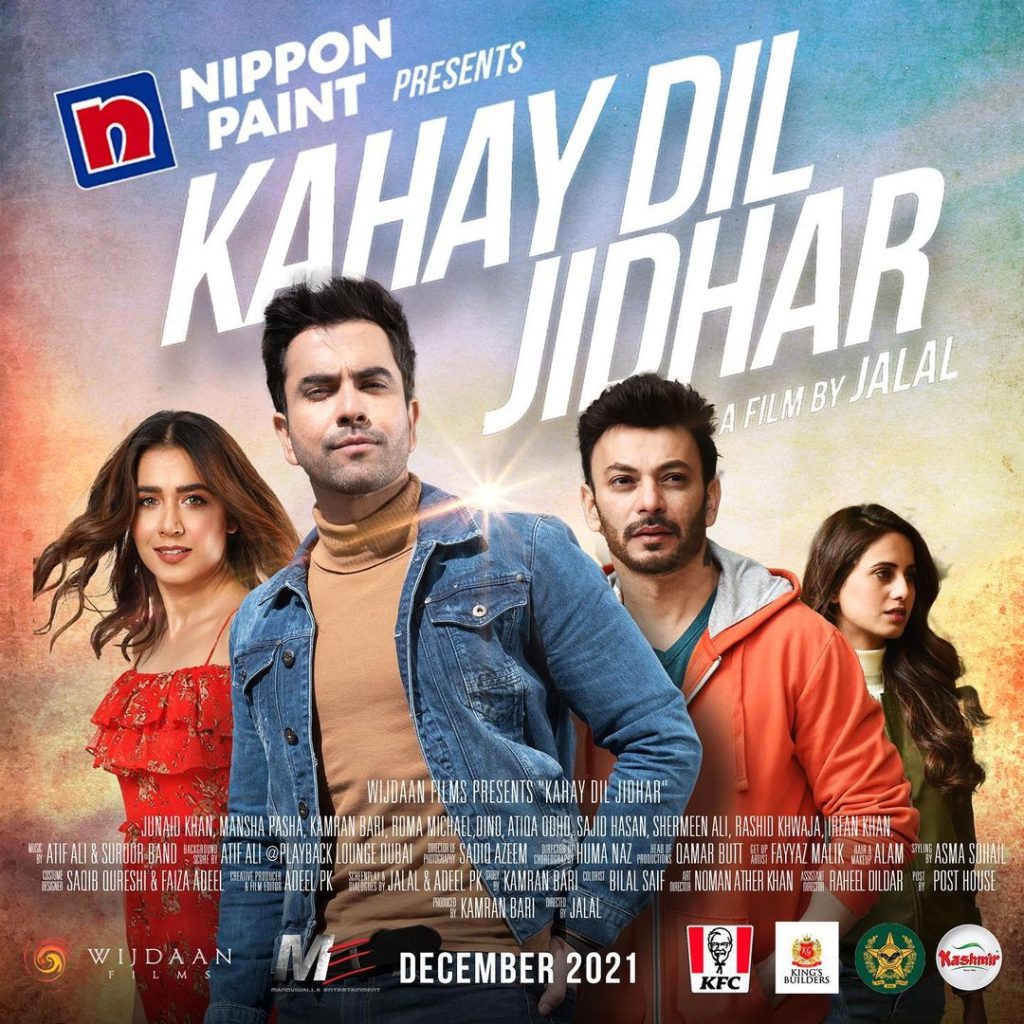 Recently, “Dholna” the most awaited song from “Kahay Dil Jidhar” has been released and fans are already hooked on it. Song “Dholna” has been sung by Jabar Abbas & Fadia Shaboroz. The song showcases Mansha Pasha and Junaid Khan dancing their heart out on a wedding event. This song is surely going to be the wedding song of the year. Let’s have a look!

Here we have gathered some public reviews on the release of “Dholna”, have a look!