Wehem is a Pakistani drama serial which is produced by Moomal Entertainment for Hum TV. The story of the drama revolves around a young couple played by Kinza Hashmi and Zaviar Nauman. The cast of the drama includes Savera Nadeem, Shamim Hilaly, Babar Ali, Kinza Hashmi and Zaviyar Nauman Ijaz in leading roles. The drama is written by Imran Nazir and it has been directed by Adnan Wai Quraishi. The drama aired on Hum TV. Here are a few screenshots of Wehem drama’s last episode: 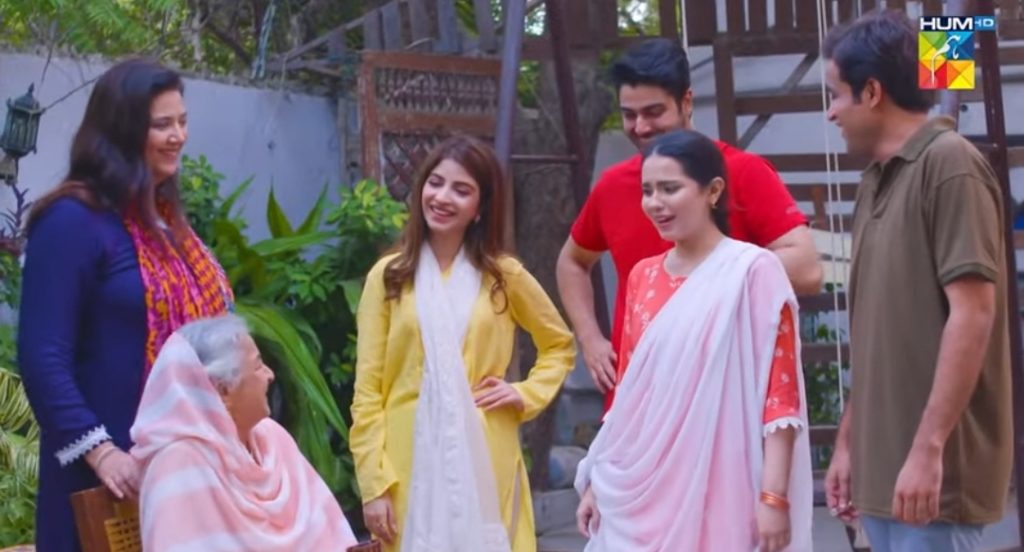 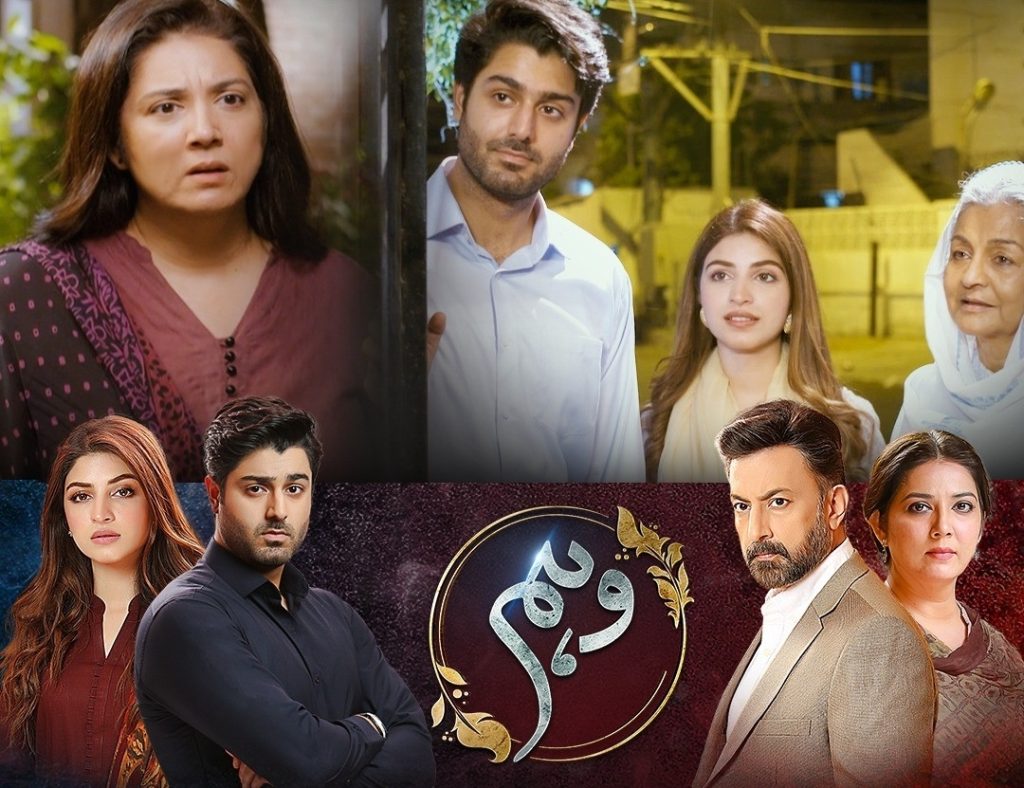 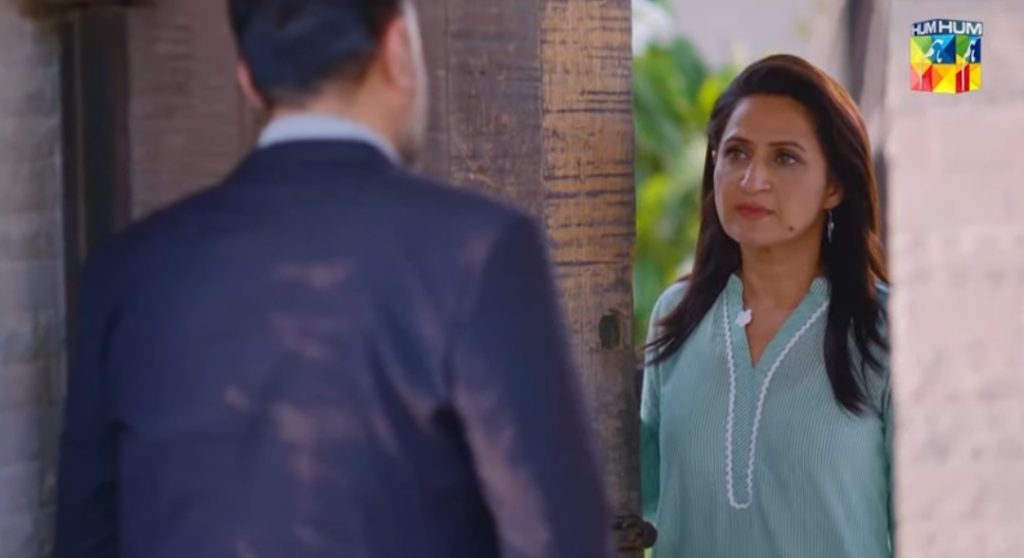 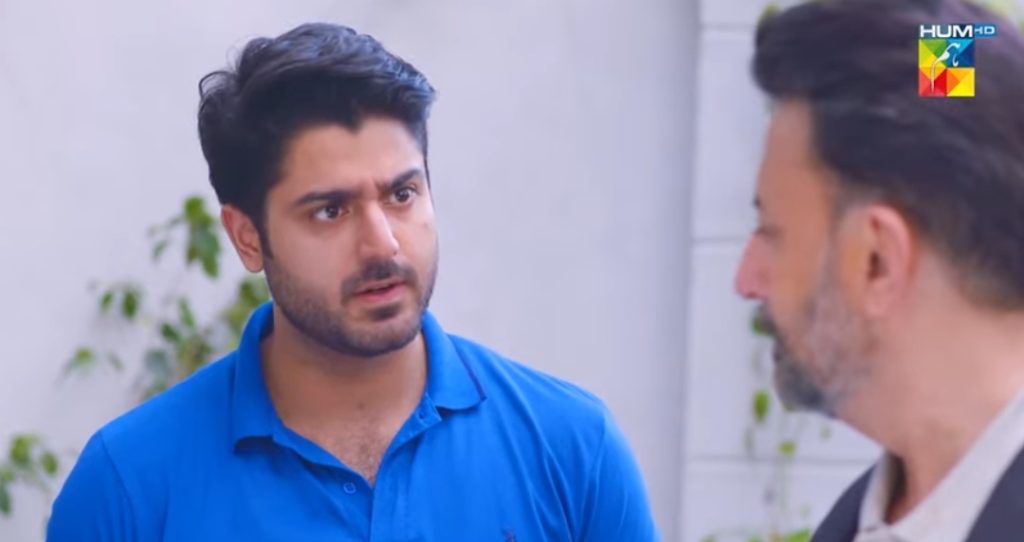 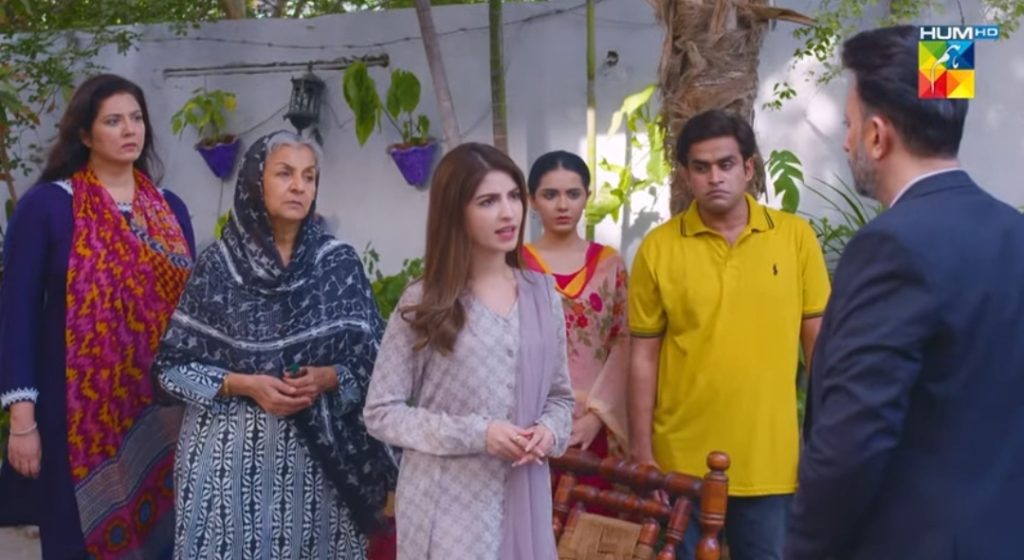 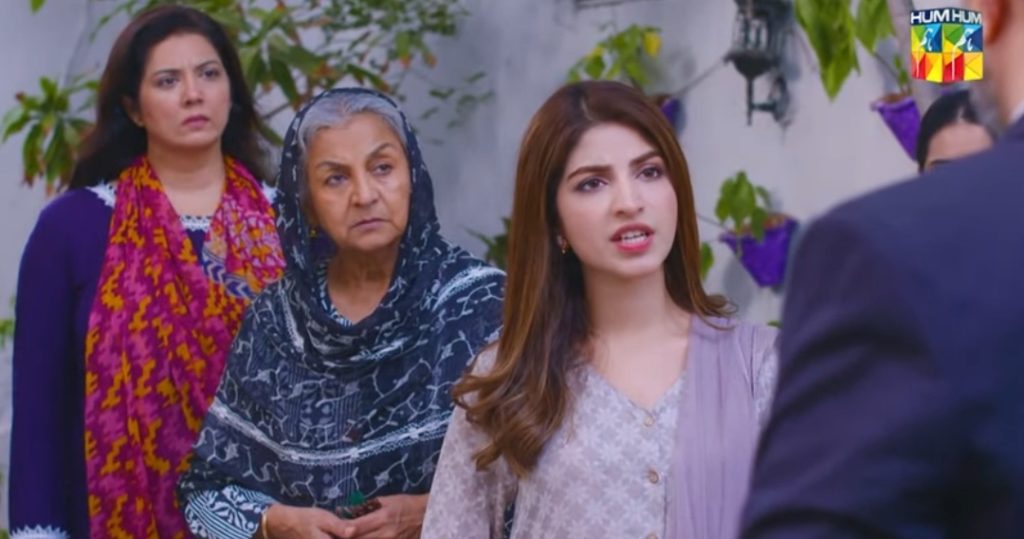 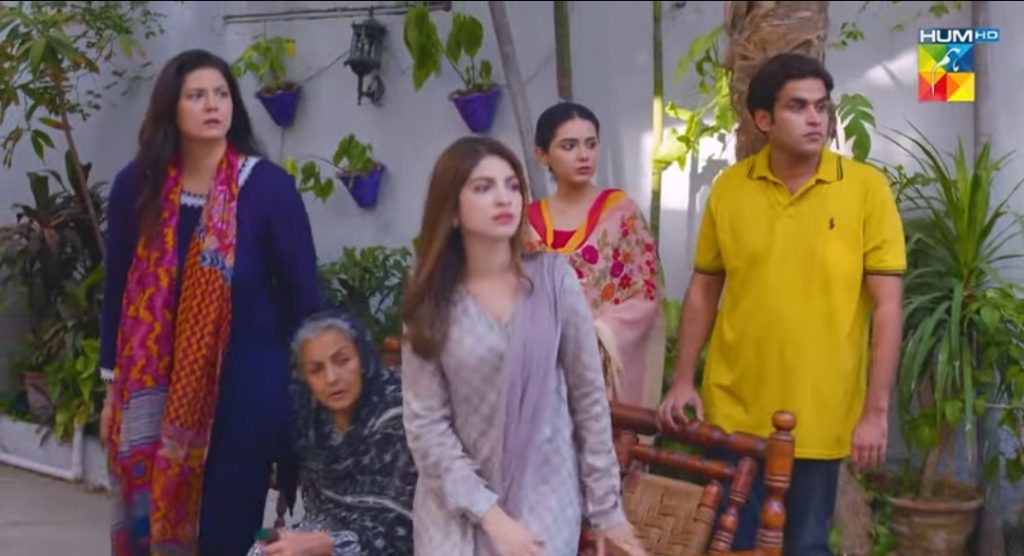 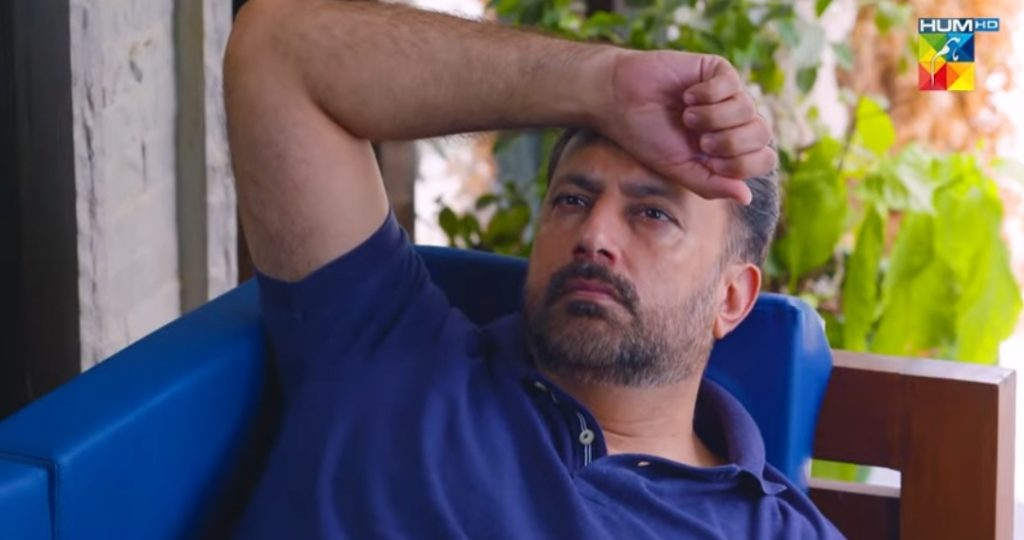 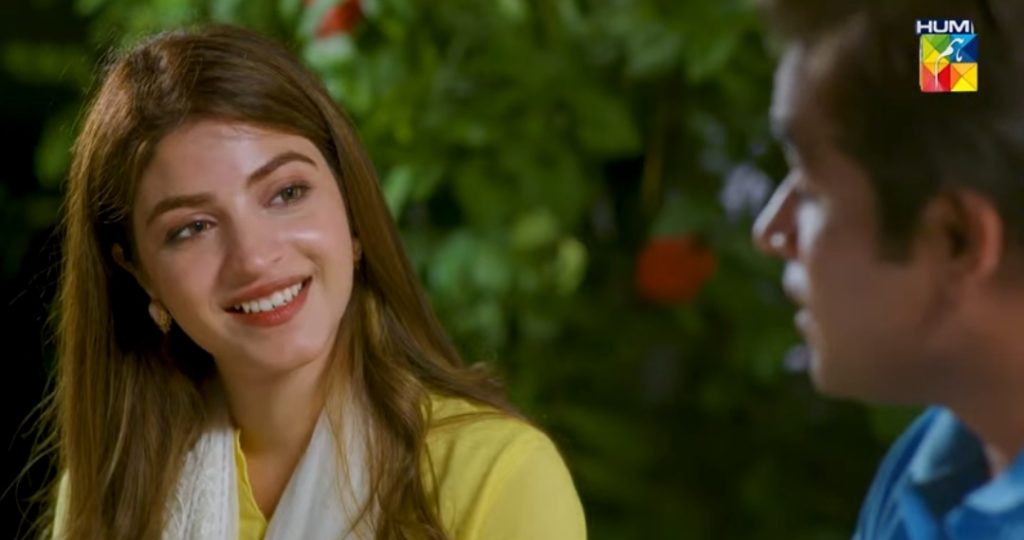 Today, the last episode of the drama Wehem aired, the drama ended on a happy note, Rukhsana forgave Khawar for his wrongdoings and his second wife also forgave him, Rukhsana’s kids started living with her. The last episode was loved by the fans because of decent happy ending. Fans also said that there should be happy endings like these in the real lives of people. Fans loved the amazing chemistry of Eshal & Junaid. They also loved acting of Kinza Hashmi. Fans said that Khawar deserved to be left alone in the end but he was forgiven. Most talked about character was Fareed, fans praised Adnan Samad’s acting. They also said that the character got a perfect software update in the end. They passed hilarious comments about Fareed. Overall,viewers praised the drama and it’s happy ending. Have a look at the comments: 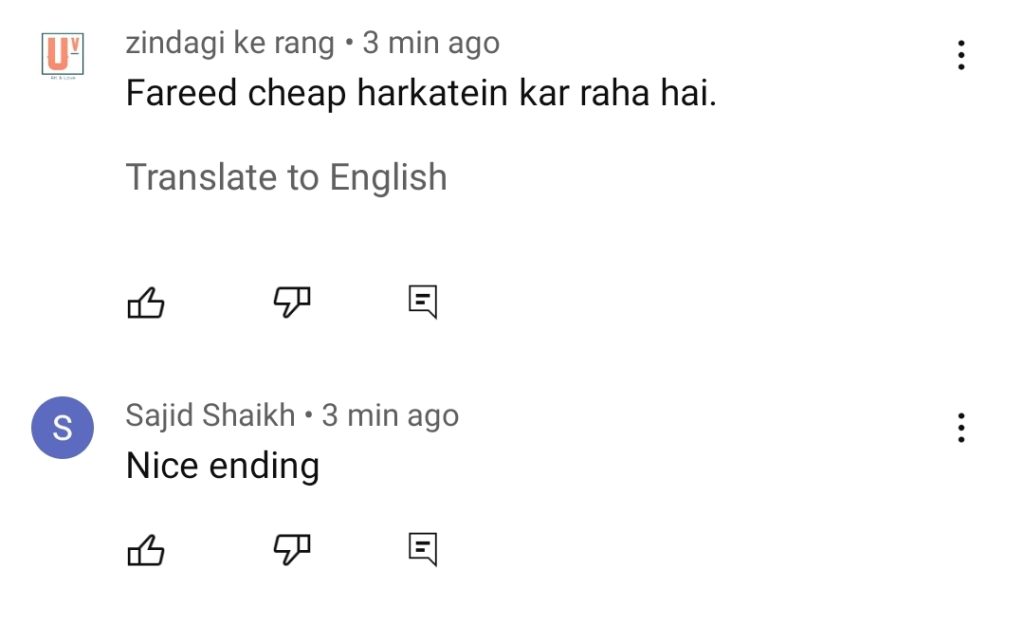 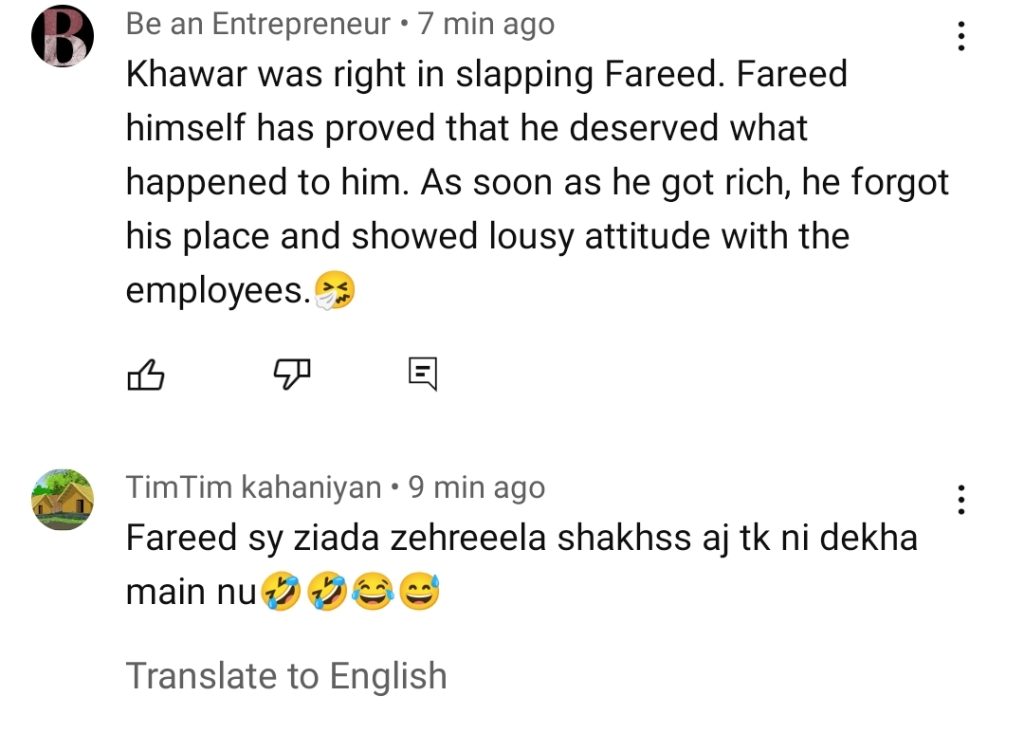 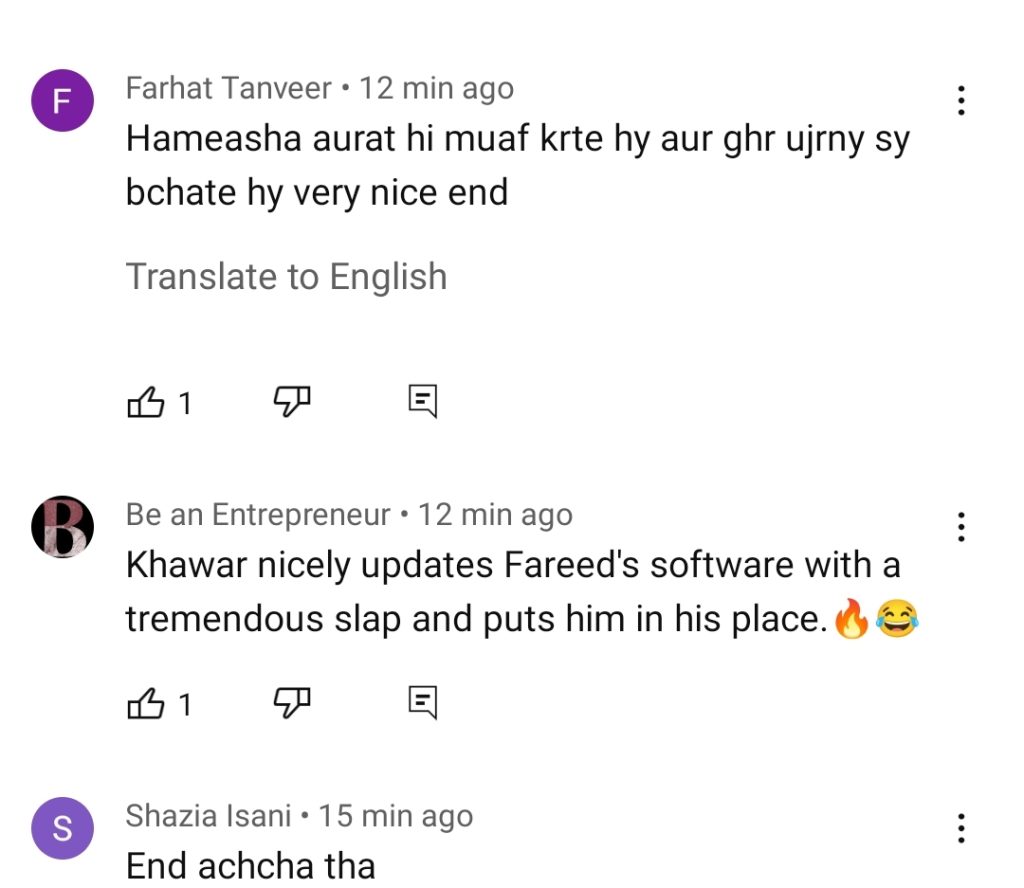 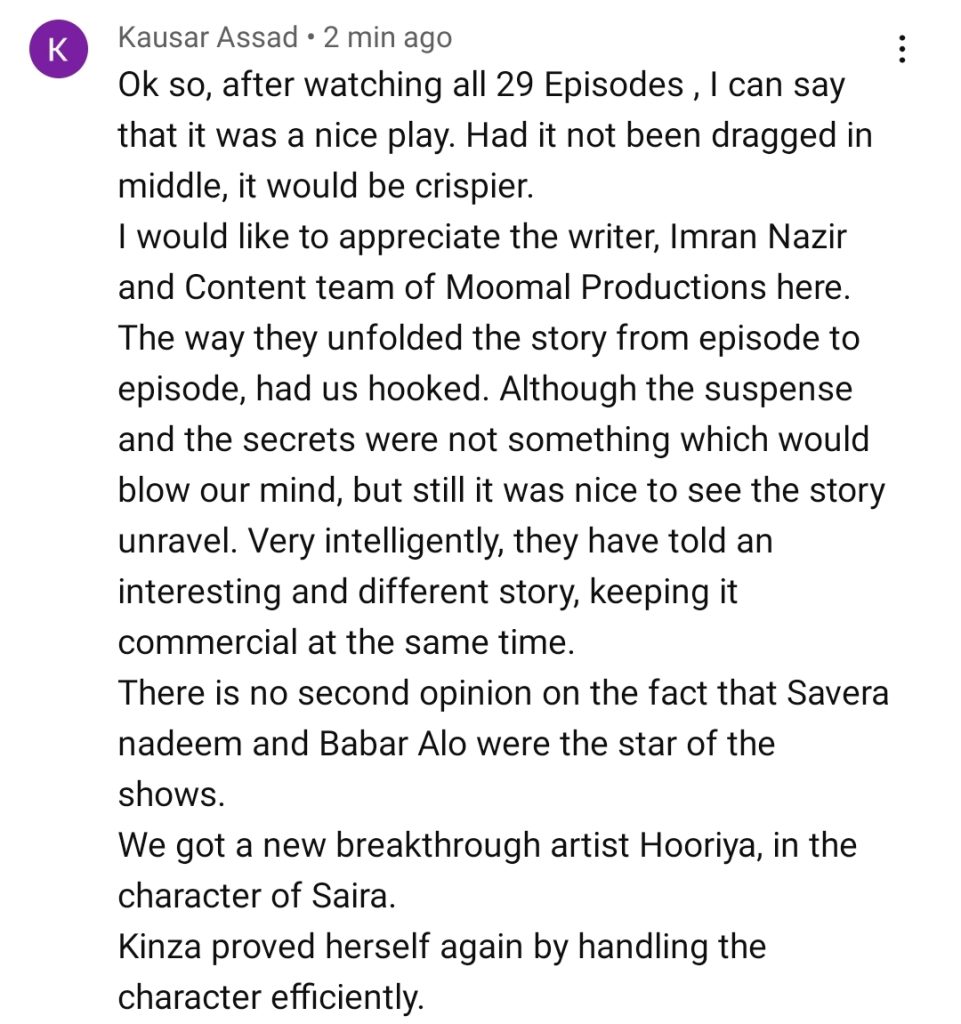 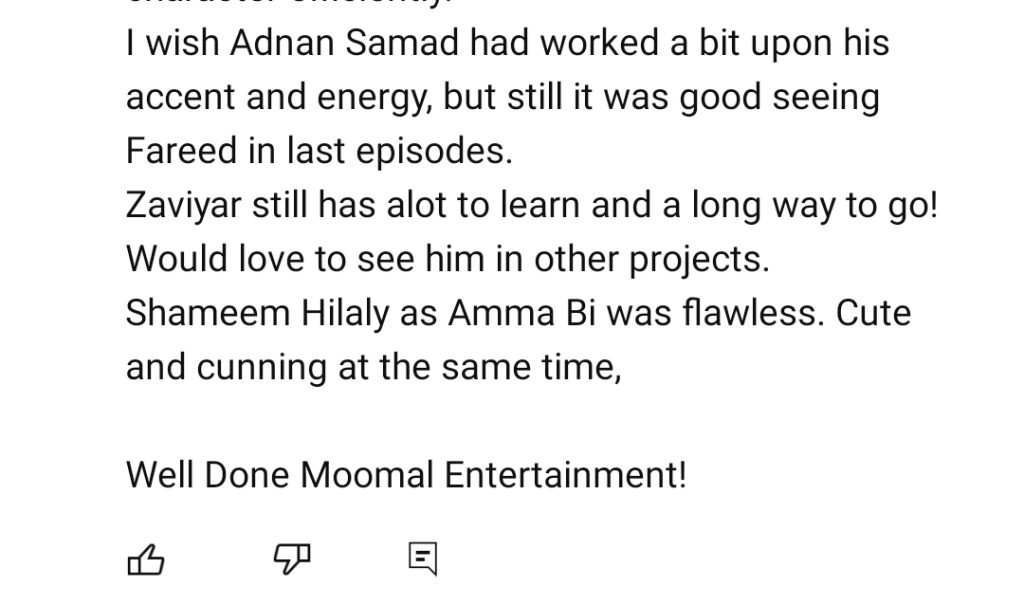 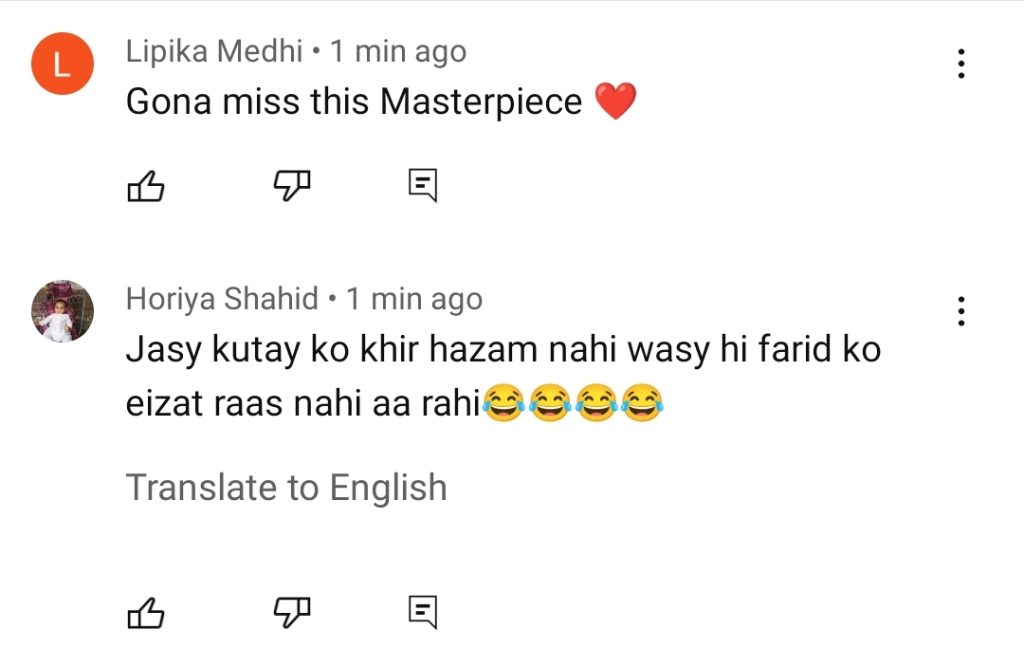 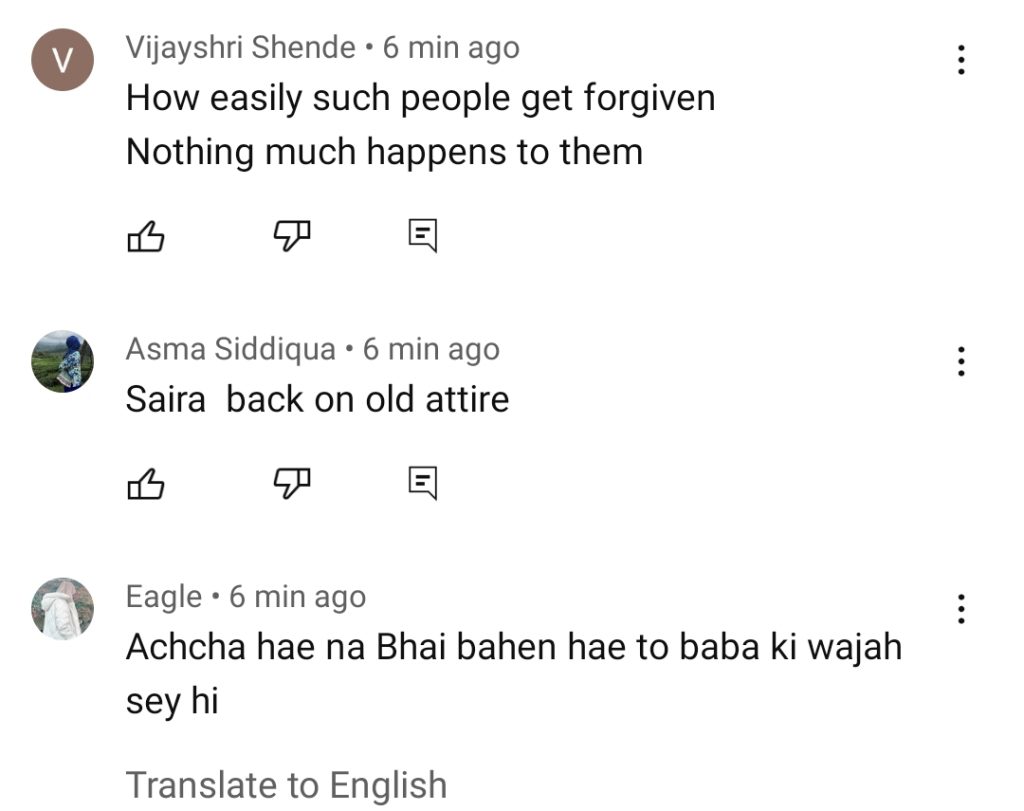 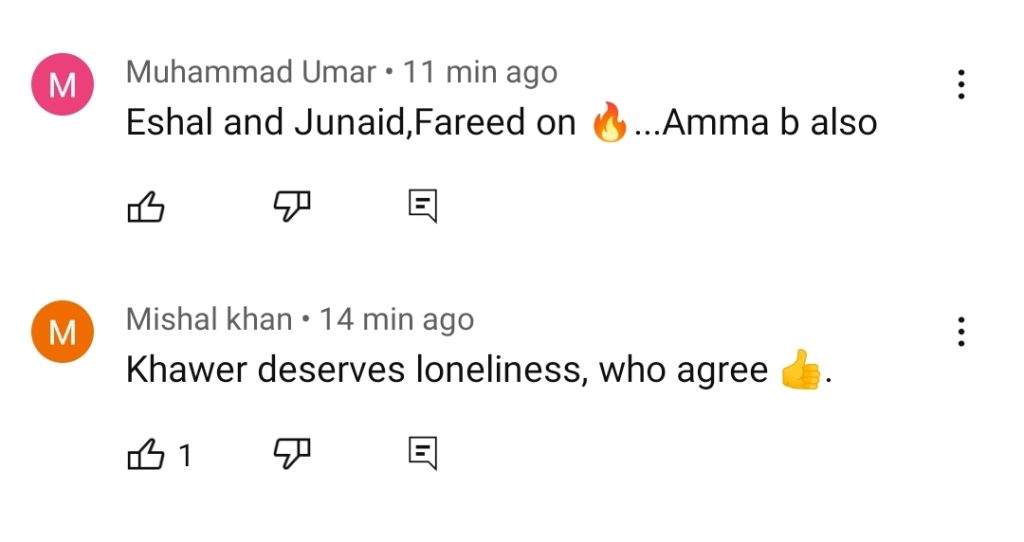 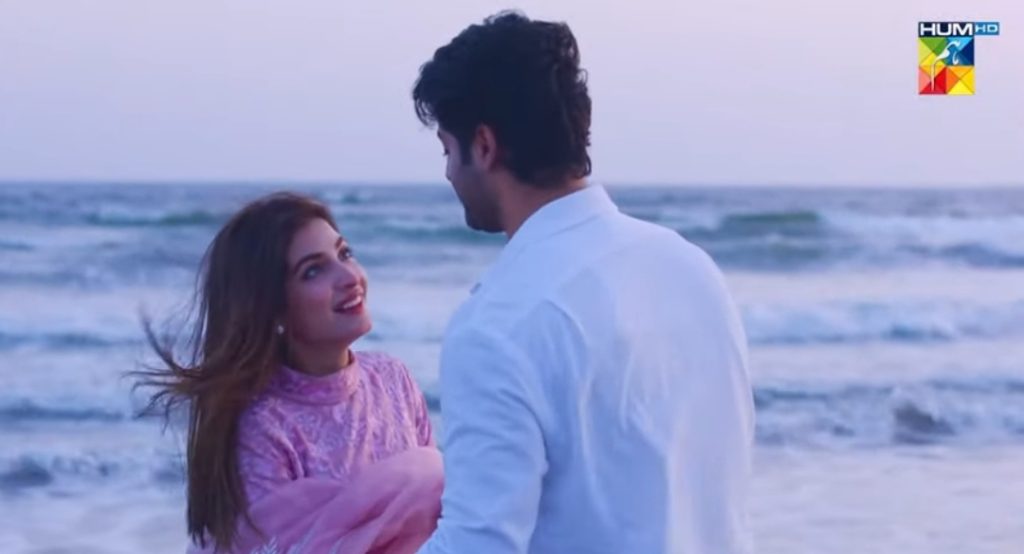