Plot twists are used by writers to bring about a major turn in the direction of the story. Such twists can come in the beginning, middle or at the end of any fictional writing. Pakistani drama writers also add these twists to their stories to make them more compelling. Such a twist must always be convincing, unpredictable and the timing should be perfect as well. While there are many writers who managed to shock their viewers by these twists, there are also those who use done-to-death scenarios in order to bring about this change in the story. Since most of the Pakistani dramas revolve around love triangles, most of these plot twists change the course of these love stories. Setting the basic foundation for such a plot twist is important but the best plot twists are the ones that are the most unexpected. If the writer lays down the foundations for something that is expected and especially something that has been done multiple times before then the surprise factor is obviously completely missing from it. A plot twist introduced at the wrong time or one which does not surprise but disappoint the viewers is the worst thing a writer can do to the story.

Unfortunately, in some of the Pakistani dramas that are currently on air and some which recently ended, the writers added the most unconvincing and pointless plot twists.

Sanam becomes the victim magically in the end

Anyone who has watched Dil Ruba will agree that in a failed attempt to be ‘different’ the writer added a plot twist in the end which was simply ridiculous. The entire drama rested on the premise that a young girl made some terrible choices and as a consequence, she suffered a lot. While the story was quite superficial, the plot twist, in the end, was not only unconvincing but forced as well. Although Sanam’s intentions and her choices were made pretty clear in the entire drama, in the end, the writer made her a victim! This was perhaps his idea of a ‘plot twist’ – taking the viewers completely by surprise – but it made Dil Ruba’s ending the worst part of the drama. Sanam lectured Junaid and he apologized to her. Had he not suffered because of her? She made it sound like he was equally responsible for falling for her and that she never tried to entice him. The viewers heard one illogical explanation after another. 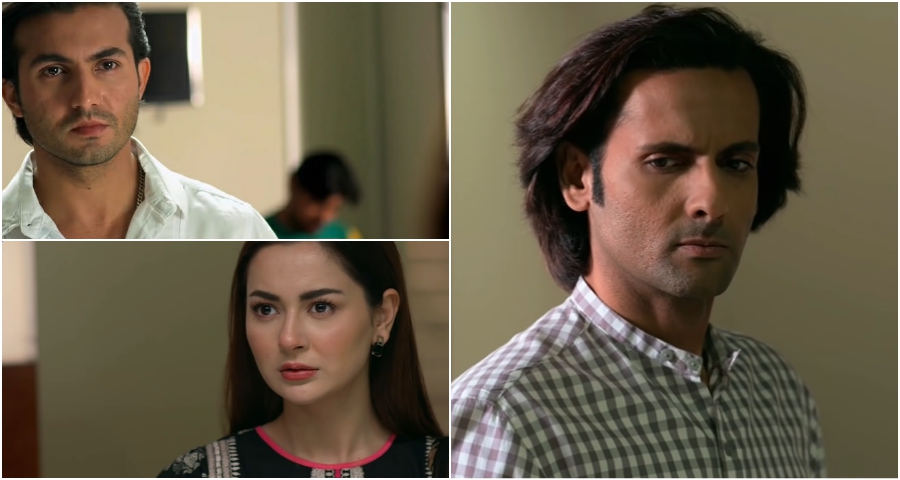 This was perhaps an attempt by the writer to ‘shock’ the viewers and not end the drama on a typical note. Well, sometimes keeping it typical but real is better than adding a plot twist at the end which has no justification. The change in Sanam was too last minute and what made it worse was that the second she seeks forgiveness for her misdoings, she started judging others! The writer chose a really lame way of showing that when two people have a relationship, both of them are equally responsible for the outcome. Somehow, the viewers were not supposed to feel for Junaid but for Sanam only! Sanam’s ending was even worse than those leading men in Pakistani dramas who do every wrong thing possible throughout but in the end, are forgiven like they did nothing wrong.

Tera Ghum aur Hum’s entire story rested on a love triangle and it was a refreshing story for the longest time. Then the writer decided to add the done-to-death track of the male lead being the husband of two wives. The male lead Ali for the longest time was an ideal hero, he loved his wife for who she was. His unconditional love was appealing and believable. Well, the producers were not satisfied showing this ‘one woman’ man in a television drama so they decided to add a ‘twist’ to the story. Ali finally fell for Sara’s manipulation and went as far as entering into a nikkah with her. This was the worst twist ever in the story after which the story started going downhill. He took his first wife, the love of his life, Mahi ‘into confidence’ only after he got married to Sara. Why couldn’t he talk to her first and figure something out? By adding this twist the writer took away the best part of Ali’s personality and the drama but continued trying hard to make Ali look like the ideal husband again! 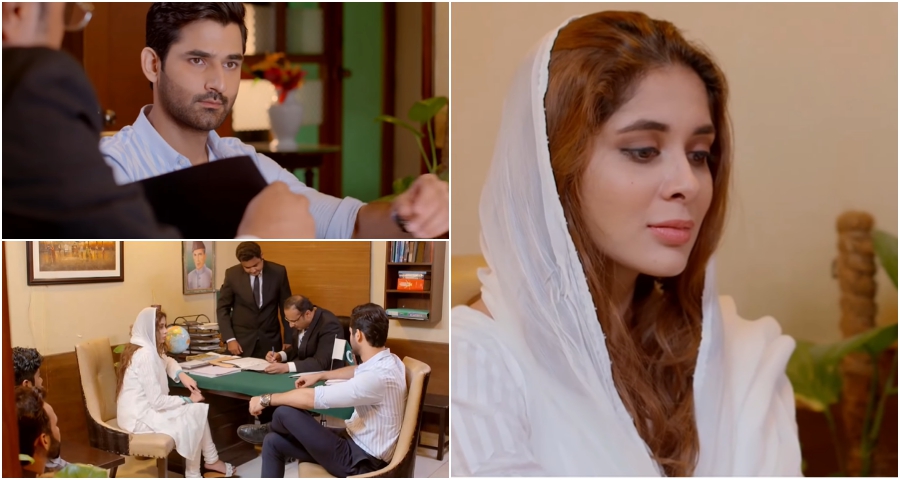 After this twist, the same old negativity and the constant power struggle between the two wives started. Ali married Sara but refused to be her husband! Sara went ahead and gave Mahi pills to abort her baby, another twist which has been shown in dramas so many times. As if this was not enough, lately another character has been introduced in the drama, and very soon Ali will be shown doubting Mahi and thinking she is not happy with him. Sara will of course be playing a major role in making him mistrust Mahi. Tera Ghum aur Hum is the perfect example of how one bad twist can ruin an entire story.

Drama serial Nand might be typical but it has always been logical. Other than that, the writer had not used Gohar’s negativity to gain TRPs. This negativity for the longest time was used to send out positive messages. Since Nand has been getting so many ratings, in order to extend the story, the writer added the worst plot twist possible. Just when people thought Rabi’s life will finally be running smoothly and the drama was headed towards a happy ending, Gohar decided to come back to Jahangir. Gohar’s greed made no sense because she comes from an equally wealthy family. Even though her brothers were sick and tired of her, they would never have refused to give her all the luxuries. Yet somehow she chose to come back to Jahangir who he had just accused of domestic violence. It is quite obvious that Pakistani production houses understand that when two wives fight over a man, it can lead to a never-ending power struggle therefore this twist was added to the story. After this plot twist, everything has gone haywire and this is another example of how differently a story can go just because of one such development. 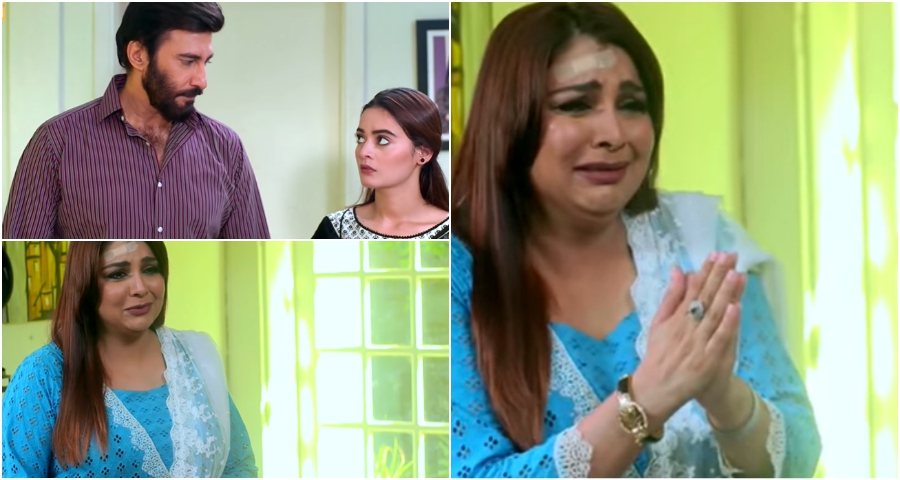 Once Gohar was back not only was she forgiven but her foolish mother-in-law is doing everything in her power to support her. Nand is going to lose many fans and followers because of this latest twist in the story. A drama that was meaningful and entertaining has turned into another typical story because of this twist.

Hassan and Anaya’s track was perhaps the only thing about Sabaat which excited the viewers. Both of them were intelligent people who fell madly in love. When they moved out of Hassan’s house to live independently, the viewers wanted them to bloom as a couple. However, their track actually started going downhill from that point and there was no turning back. The latest plot twist showing how Hassan fell for Atif’s lies and went as far as believing that Anaya was having an affair was the worst thing the writer could do to a story. Hassan’s over-reliance on someone like Atif never made sense but everything that he has done lately is even more ridiculous. The writer has given Sabaat a ‘Hamsafar twist’ by adding this development but it has been completely void of logic. At a time when viewers wanted to see the antagonist Miraal suffer, the writer decided to introduce this unpleasant change in the story. Not only this, so many weeks were ‘invested’ in setting the ground for this development. Even though Sabaat has more than its fair share of ridiculous scenarios, this one definitely tops the list. 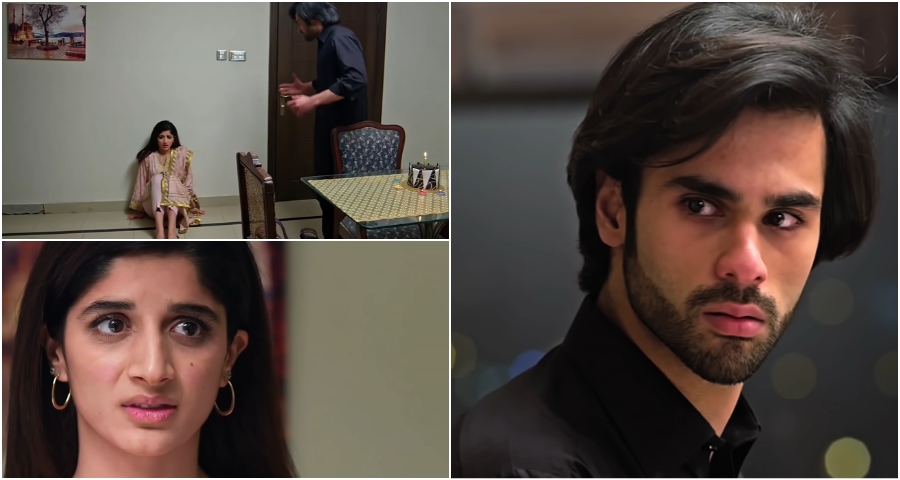 Can you think of a twist in any of the recent Pakistani dramas that really disappointed you? Do you agree that the part of the problem is that there is so much pressure on the writers to stretch the story that they tend to rely on such scenarios? Share your views.