Wrong No.2 Poster Is Out Now

Wrong No. 2 is a movie that will be hitting the theatres this Eid. It is a project by Yasir Nawaz. He started his career in directing films with Wrong No. and it was surprisingly a hit at the box office. His second movie, Mehrunisa V Lub U was also a hit as it earned a lot at the box office. Now, Yasr Nawaz is all set to release the sequel to Wrong No. titled Wrong No. 2 and this time we will see Sami Khan, Neelam Muneer. Javed Sheikh, Mehmood Shab and Danish Nawaz n pivotal roles. The film will be released alongside the beast, The Legend of Maula Jatt and is going to get competition from Mehwish Hayat starrer Chhalawa too. 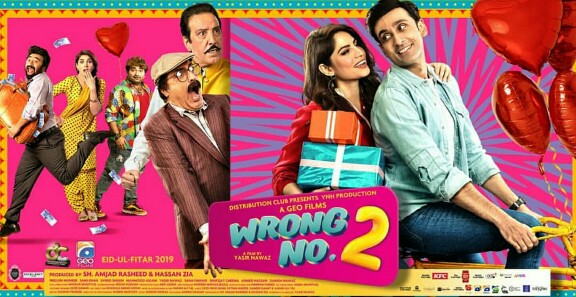 Let’s wait and see if the film will do good as its first instalment or won’t be able to survive the competition!