Wrong Number, As I see it!

Wrong No is an Urdu film released on last weekend on the festive occasion of Eidul Fitar. The film is a debut in films for many associated names like
Yasir Nawaz as Director
Nida Yasir as Producer
In Acting following artists are making debut, Sohai Ali Aabroo, Janita Asma, Mahpara, Nadeem Jaffri, Danish Nawaz, Akhtar Hasnain, Shaheen Khan, Sumbal Shahid, Tooba Siddiqi and many others.

The film is running house full and it was not easy to get its ticket right away. In fact I went to cinema for to watch Bin Roye, and ended up buying Wrong Number ticket instead of returning without viewing any film and thus here is my opinion about it .

Wrong Number is a Comedy film with a pinch of Romance and Action. The film is shot in Karachi and Lahore. It is the story of Sallu played by Danish Taimoor son of a butcher Haji Abba (Javed Sheikh) who wants to do something big in life away from the ancestral profession. Haji Abba is the head of an extended family jointly living in a house with his sons, daughter-in-laws and grandsons.

Sallu crafts a plan to avoid his ancestral profession which takes viewers on a roller coaster ride of things that went wrong. The execution of this plan has enough twists and turns to keep viewers hooked to their seats. Being a comedy film, the comic situation is created through situational comedy, dialogs, spontaneous responses, witty one liners, gender and to some really weird aspects of routine life like toilet and genitals.

Without revealing the story I am only highlighting the Good and Bad aspects of Wrong Number. Every project/film has its share of high and lows and Wrong number is also one such project.

The Highs
The film starts with the label Made in Pakistan, which is true as all the associated persons are Pakistani be it musician, singers, choreographer or dress designer.
Nearly all the characters in the films are well etched out having distinction of their own.
The plot of the film is interesting and maintains its pace throughout the film.
There are no long scenes, and editing is also fine without any issue with the continuity of events.
Javed Sheikh is phenomenal in the role of a butcher Haji Abba.
Shafqat Cheema has fully justified his inclusion in what otherwise is a routine villain role.
Asim Bukhari and Nayyer Ejaz were also good in the few scenes they appeared.
Mahpara in the side role was also impressive.
Coming to the main protagonist Danish Taimoor, well it is the second film of Danish I have seen this year, Jalaibee being the first one. While in Jalaibee he was too stiff and totally unimpressive, Danish has improved a lot and impressed with his screen presence.
Main female protagonist Janita Asma and Sohai Ali Aabroo proved a mixed package. Janita looked more glamorous and has more screen presence then Sohai Ali Aabroo.
Nadeem Jaffri and Dansih Taimoor in the roles of comic villains succeeded in bringing smile to audience.

Camera work of the film was also good, and Karachi and Lahore are captured beautifully. From inner city areas of Karachi to Port Grand to Sunday Bazaar, everything looked charming on screen.

The Lows
Wrong Number is a comedy film which sounds very positive, but the same factor is the low point of Wrong Number. The film and its story has lot of potential but at many points it goes wrong. At many instances there were glimpses of Namaloom Afraad, especially the theme of earning easy money.

Janita Asma surely have looked as glamorous in less revealing wardrobe from the one chosen in the film. Dialog delivery of Janita was quite ordinary while Sohai though performed on a dance number definitely need further improvement in the dancing skills. Though Janita Asma and Sohai are the main female protagonists their presence some how fizzles out in the middle and seem just another character in the film.

Though Wrong Number is a strongly male-oriented story, where presence of female character is created forcefully to fill in the portion of glamour, still both lead female artists can easily have a more stronger presence.

Ending, was quite convincing, but one can easily gets the impression of instantly wrapping up the whole story in one scene.

The film has nearly six seven songs, none of which is worth remembering.

So these were the high and lows of the film as per my analysis. Normally the tale ends here, however Wrong Number have some lowest points as well.

The Lowest
Being a comedy film, it is expected to contain some over the top acting or skits. Unfortunately Wrong Number has far too many jokes can easily be called sexist. There were jokes after joke on toilets and human genitals, that no one can remember the count, perhaps 20 -30 or even more than that. Too much crass language was used, surely a big disappointment. When you have so many senior artist in the cast who can easily share the burden of main protagonist then opting for sub-standard content was totally unnecessary.

Mostly audience of the Pakistani film object to the revealing dressings and vulgar dances, but here it was more about the sub-standard language rather then dances and dresses. The plot and screenplay of the film must have been equally entertaining without all this.

The Conclusion
If you are fond of films which are termed as “Paisa Wasool” then definitely Wrong Number is the one made for you. However if you are looking for a good family entertainer, then it is not a good choice. Filled with crass language and below average humor, it can easily please and entertain the general audience but can also easily raise the eyebrows for those who want to evaluate a film on various scales including entertainment factor.

Despite this anyone want to satisfy his/her patriotic duty towards Pakistani Cinema by watching Wrong Number, is surely welcomed to do so considering it a patriotic gesture.

Being a supporter of local cinema I surely want to thank anyone who invests their money, time and energies for this cause. In this regard, Yasir Nawaz must be praised for taking this initiative. As an audience I am not against any comedy films, such films provide light entertainment and a comic relief to the cine-goers from hectic daily life. However there is a difference between sub-standard comedy and the average/quality one. There are already enough options available for sub-standard comedy in the form of Punjabi stage shows, so please maintain the difference of a Punjabi Stage drams and an Urdu comedy film.

Lastly it is my first review of any film or drama. Just consider it the opinion of another viewer of the film, rather than the one coming out from some established CRITIC which impacts the opinion of its readers.

P.S. Being done with my graduation (BA) in the 1980’s and not much familiar with the latest development in English writing skills, please pardon any grammatical mistakes or wrong usage of vocabulary. But also be open to point out any such mistake (if there is any) as it will definitely improve my vocabulary as well as writing skills. 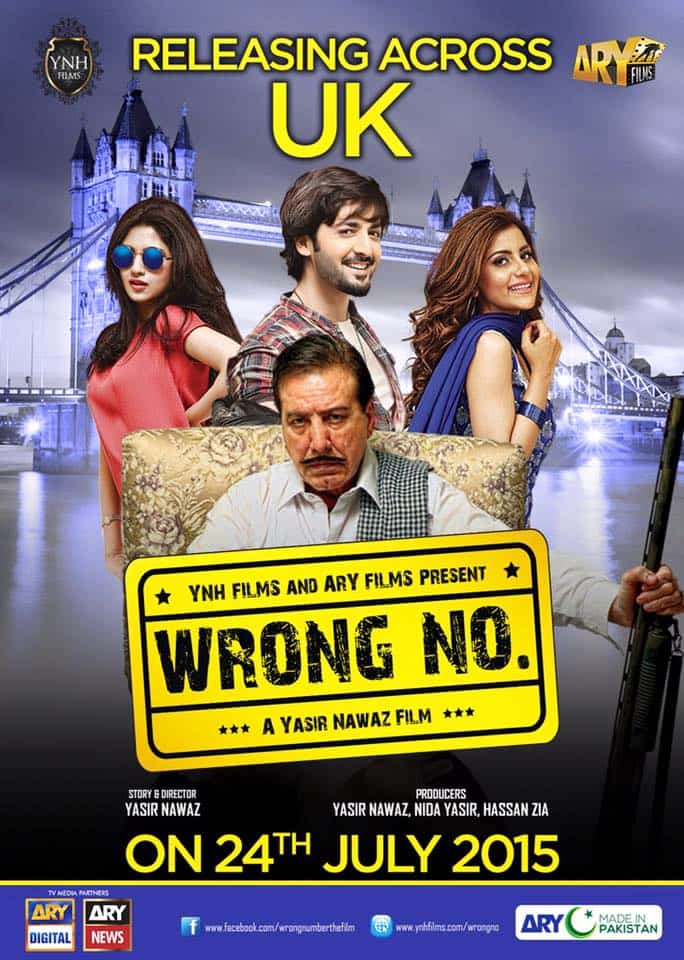