If there is one drama that is known and loved by everyone, it is in fact Parizaad. Those who do not even watch dramas are familiar with Parizaad and one on screen couple everyone is in love with is Parizaad and RJ Annie played by Ahmed Ali Akbar and Yumna Zaidi. Yumna Zaidi became a part of Parizaad towards the end of the drama but won hearts with her beautiful and accurate portrayal of Qurut ul Ain. 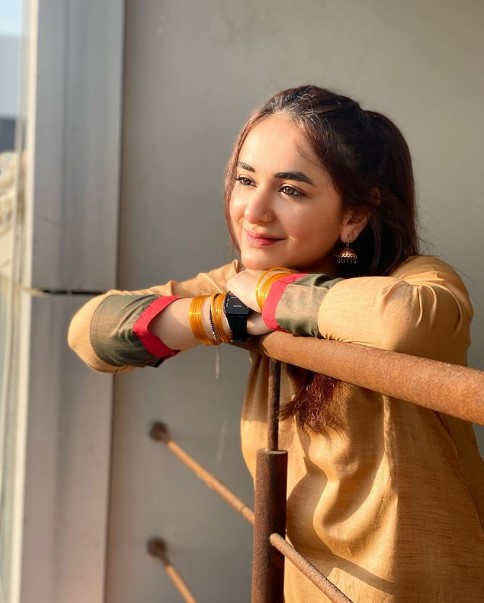 Parizaad’s finale has aired  and Yumna Zaidi has not finally bid farewell to Annie and Parizaad. She appreciated the whole team of Parizaad and praised her co-star Ahmed Ali Akbar as she took to Instagram. She thanked her fans as she shared a behind the scenes click from the magical ending moment of Parizaad and called it an amazing project: 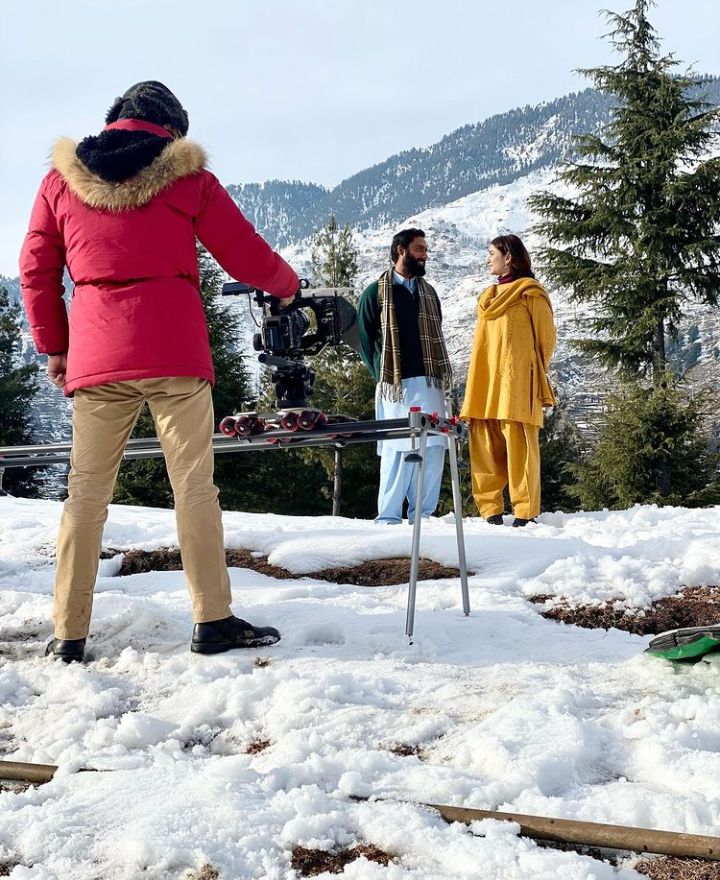 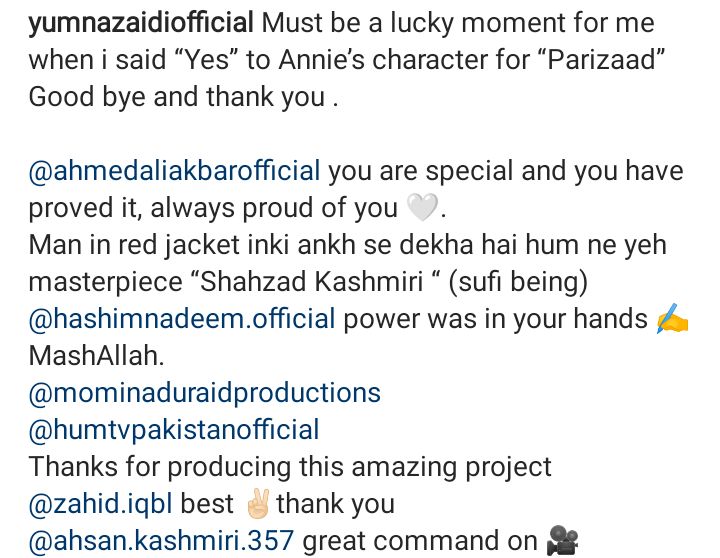 We agree Yumna, Parizaad was definitely an amazing project!