Yumna Zaidi is a Pakistani television actress. She never thought of pursuing acting as her career but on the insistence of her friend Affan Waheed, she gave her debut by playing a supporting role in ‘Thakan’ in 2012. After that, she appeared as a lead character in several hit serials.

Her role as a troubled wife in ‘Rishtey kuch Adhooray Se’ in 2013 gained her appreciation by the audience and she became the leading actress of Pakistan. She won Best Actress-Female award for her amazing acting. She gave back-to-back hit dramas and won the hearts of many people. Her recent ongoing drama ‘Ishq Zahe Naseeb’ is loved by everyone and going top trending drama on Television.

Yumna is among very few actresses who raise their voice for anything that goes wrong in the society. She even sign sure roles that create awareness about negativity going on in our society.

Its Yumna’s birthday today. She posted her pictures on instagram about her late night birthday surprise by her family. She blew the candles, made a wish and cut the cake. She look stunning in white shirt and beautiful earrings by Regalia. 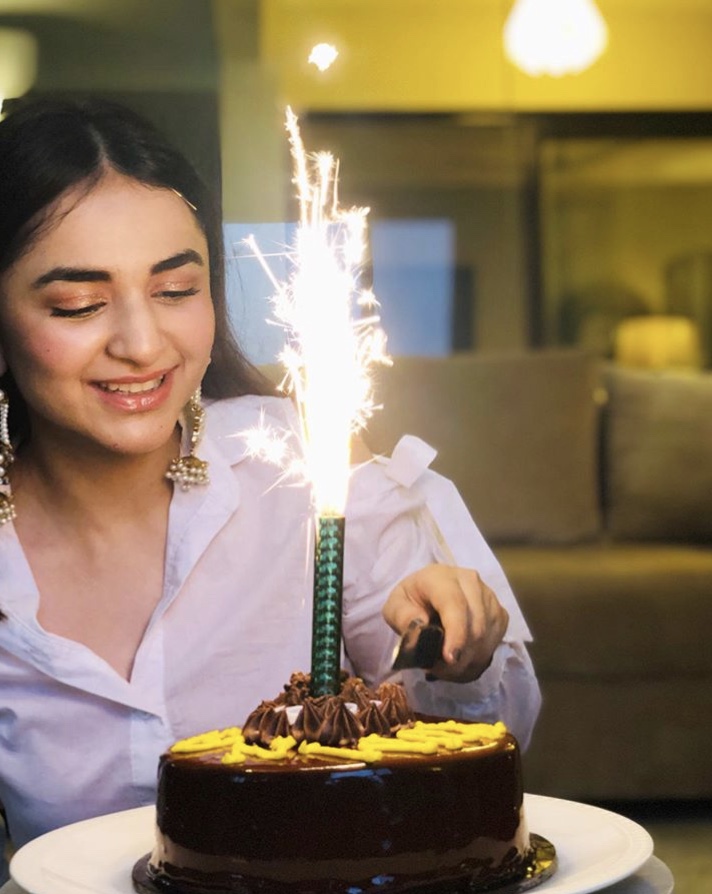 We wish a very warm birthday. May you get success in every phase of life. Keep up your hard work.