There are very few dramas that entertain and educate at the same time. Most of the time while making dramas about social issues, entertainment takes a back seat. There are also those instances when writers fail to do justice to the main theme of the drama. Marital issues are a favorite among Pakistani writers and while writing a story surrounding them sometimes the writers fail to add a useful takeaway to the story. It is also common for issue-based dramas, in particular, to go off track. Nand has some stereotypes, the title of the drama being the first one! The way nands are perceived in our society is a well-known fact and in a way, this drama endorses the stereotype. The great thing about this drama is that through this singular character and representation, Nand has shown all the young married girls out there how to tackle the issues they might face right after getting married. 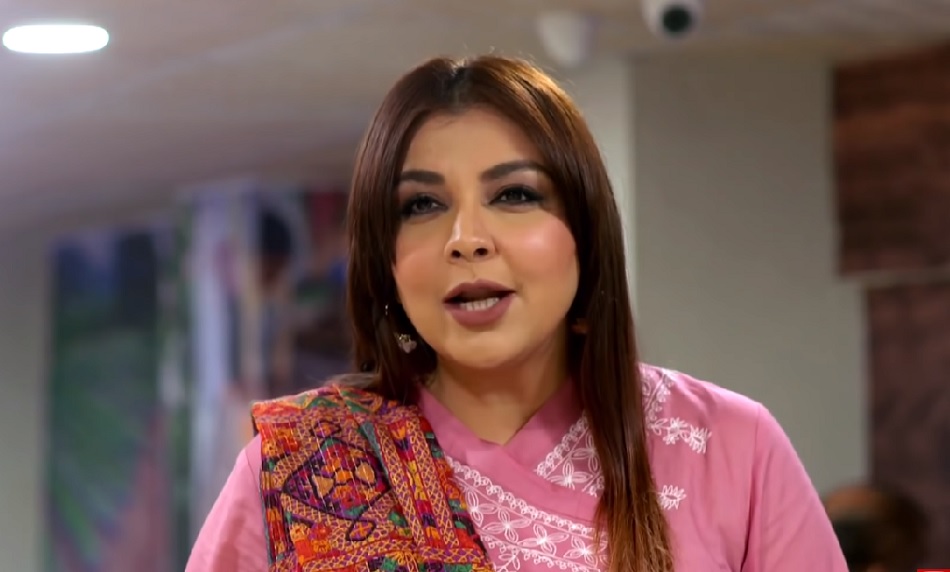 Most of the Pakistani dramas present problems but usually, the solution is left for the last two episodes. This ‘solution’ most often is either revenge or a last-minute ‘happy ending’. Nand has done exceptionally well in avoiding such solutions and has actually presented a great comparison between different people to show what works and what doesn’t. Many people might not have tuned into this drama because the title and the first impression from the teasers suggested that this drama has nothing grand to offer. Well, Nand is not just another meaningless drama but it is the kind of drama that will have you hooked and it will teach you a nice lesson or two too. Another positive aspect of this drama is that these lessons are not just for women but more so for men.

Here are some of the lessons we learned from drama serial Nand.

Men Should Maintain The Balance

The most important lesson in drama serial Nand is for men. Usually, our dramas focus more on teaching girls how to make marriage work therefore it is good to finally watch a drama which clearly shows the role of men in dramas. Saqib and Rabi’s entire track was the perfect example of how marriages are destroyed if men fail to maintain the balance. Right from the beginning, Saqib’s entire focus was on making his aapi happy and Rabi did not stand a chance. Had he maintained the balance between his sister and wife things wouldn’t have gone in the direction they went. All the men who are watching this serial should definitely a thing or two from Hassan who has managed to maintain this balance and can see things clearly. 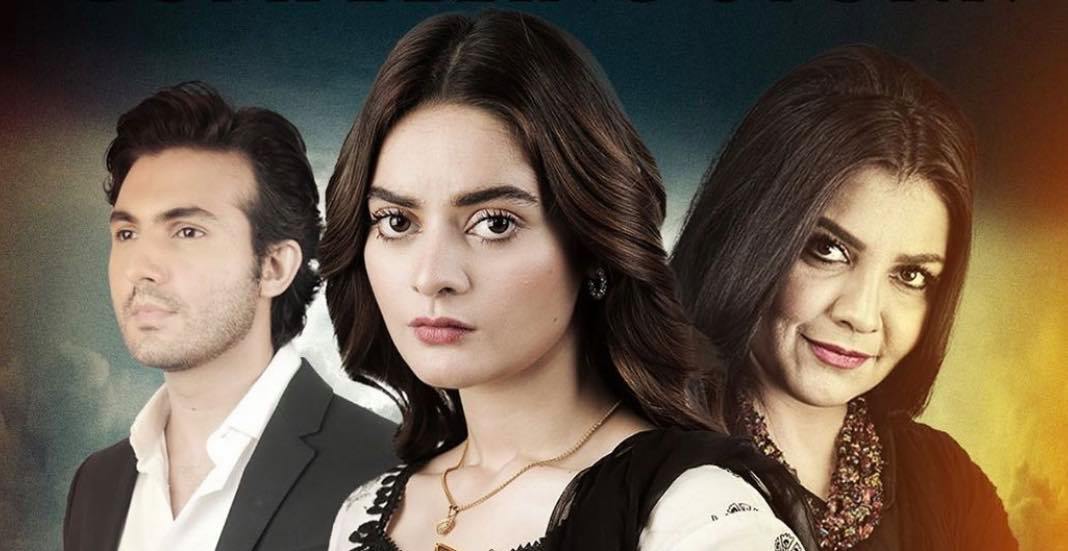 Trust Your Partner and Give Them Respect

Most of the time in our society, the burden of making a marriage work is laid completely on the woman. Drama serial Nand has intelligent and in an entertaining way shown how important it is for men to trust their wives. Many other dramas have shown such incidents where husbands wrongfully accuse their wives because of someone’s plotting. What makes Nand different is that Saqib and Rabi’s marriage ended because of the lack of trust and respect. The viewers feel this loss while watching the drama because Rabi tried her best to make the marriage work.

Saqib never gave Rabi the kind of respect she deserved. She was continuously asked to compromise on many things including her dignity. By the time he realized his mistake, it was too late. It is however good that the writer has shown how Saqib is using his experiences to make life easier for Hassan. Gohar is another such example, a woman who does not give her husband an ounce of respect. She is so sure that Jahangir will never leave her and therefore takes him for granted. 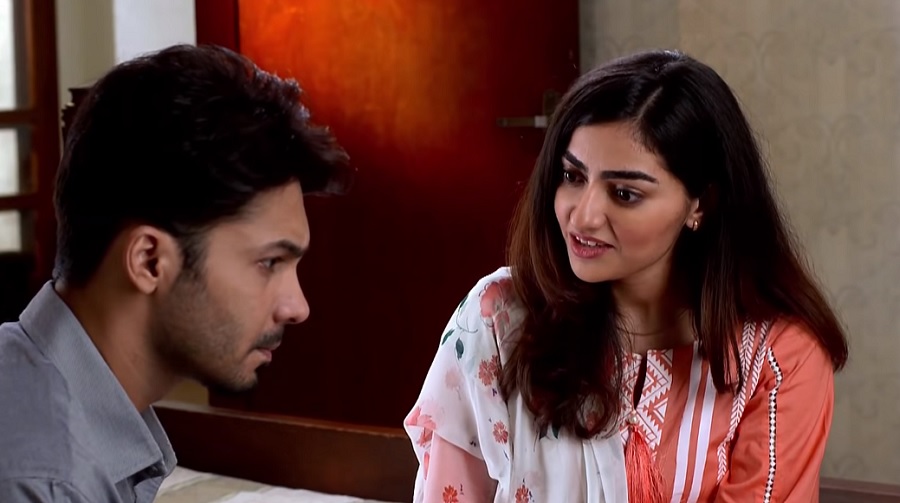 Do Not Put Up With Emotional Abuse

Rabi put up with emotional abuse thinking that it will help her marriage. We are happy that the writer showed clearly that putting up with abuse is never fruitful. By Showing Farwa’s example, the writer drew a contrast. Farwa does not put up with abuse which is the reason why she gets more respect than Rabi. Hassan’s support makes a big difference too but Farwa’s nature also is such that she would rather walk out of this marriage than put up with abuse. Farwa and Hassan both are not willing to put up with Gohar’s irrational behavior which makes her feel completely helpless. Saqib has finally realized where he went wrong and he also gives the newly-weds the support they need.

By introducing Farwa’s character the writer has intelligently shown the dos with the don’ts which really puts things into perspective for the viewers. There are no grey areas there, the message is loud and clear. Not even remotely has the writer suggested that compromising when you are being emotionally abused is a wise choice. Another example in the drama is Jahangir who puts up with more emotional abuse than any other character in the drama. While Rabi is out of the toxic relationship she was in, Jahangir has still not been able to break free from it. She has hardly ever given Gohar a much-needed reality check. 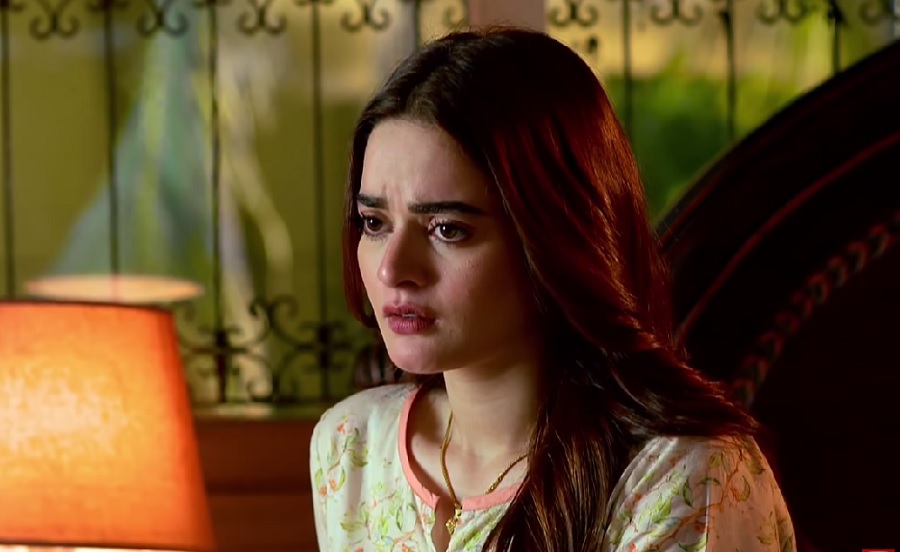 Raise Your Girls To Question Things

Farwa’s upbringing is completely different from that of Rabi. Although Rabi’s brother was also really supportive of her he raised her differently. She was never the kind of girl who would question things but was more than okay with taking orders. Most of the time parents are afraid that their daughters might not be able to compromise and lead a happy life if they have a strong personality. The writer of Nand has done the right thing by giving the viewers a role model who questions things constantly and is not confused about her rights.

Learn From Other People’s Mistakes

Hassan has learned from his brother’s mistakes and whatever he learned played an important role in making his marriage work so far. He could see where his brother and aapi were going wrong. He tried to make Saqib understand what Gohar was doing but he never listened to her. Farwa has also drawn certain conclusions from the mistakes Rabi made which is why she was more prepared to deal with what was coming her way. It is always better to enter a relationship knowing exactly what is coming your way and observation is the key. Sometimes a third person’s observation can be a learning experience for them.

Value What/Who You Have While You Have It

Saqib lost Rabi because he did not value her. Had he given her the love and status she deserved, he wouldn’t have made such a hasty decision by coming under pressure. The same is the case with Gohar who has a wonderful husband and mother-in-law but she is constantly seen complaining. She treats her husband with no respect and it is highly likely that she will lose him at some point. Even though her brothers were always so loving and supportive, she did not value them the way they deserved but tried to run their lives for them. Gohar eventually lost the respect and love her brothers had for her and very soon she will lose everything else too. 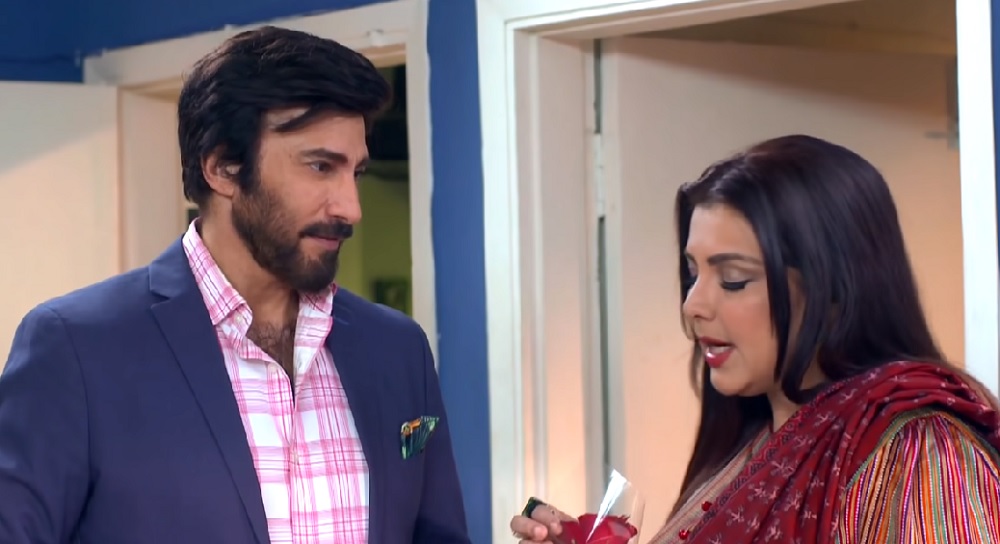 Gohar is one of those few negative characters which actually show how toxic some negative traits can be. You get to see Gohar getting frustrated and angry even though she has so much to be thankful for. The only reason for all her worries is that she is always trying to control everyone around her. She could have lived an easy and content life if she wasn’t so controlling all the time. We are sure that all such people out there self-reflect a little while watching this drama! 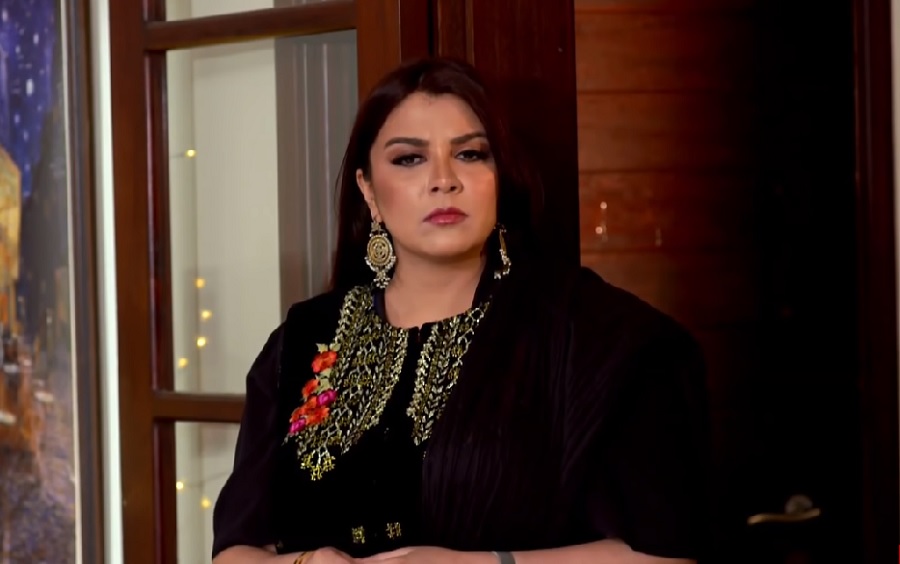 You Are a Role Model For Your Children

Nand’s writer has intelligently woven another important lesson in the drama by showing how Umar has started stealing and lying because that is all his mother does. While Gohar is so busy trying to fool and sabotage her own family members, she does not have the time to see how all this is affecting her son. It is true that kids are very observant and they learn fast! Umar is learning how to be manipulative and have his own way because that is all his mother does. He started stealing the day he realized his mother was doing the same. Since Gohar tried to justify her actions in front of Umar, he thinks it is okay to lie and steal. 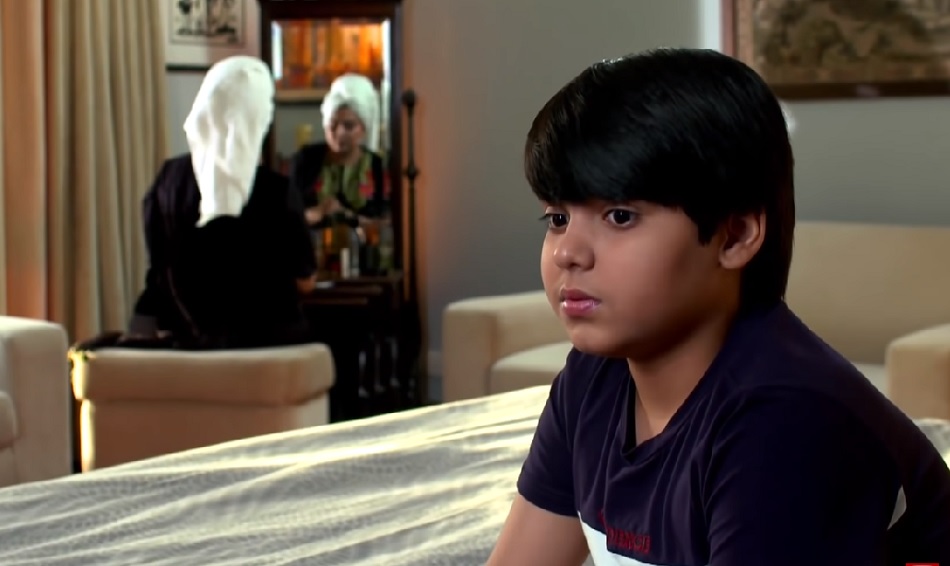 Parents Have an Important Role To Play

Apart from Gohar’s bad parenting skills, the viewers also see how poorly Gohar’s mother manages everything. Had she been an actual mother who tried to correct her daughter instead of needlessly spoiling her, Gohar wouldn’t have turned out to be such a big monster! She also raised her sons to follow Gohar’s lead instead of telling them wrong from right. Had this mother done her part well, things would have been different for all these characters. 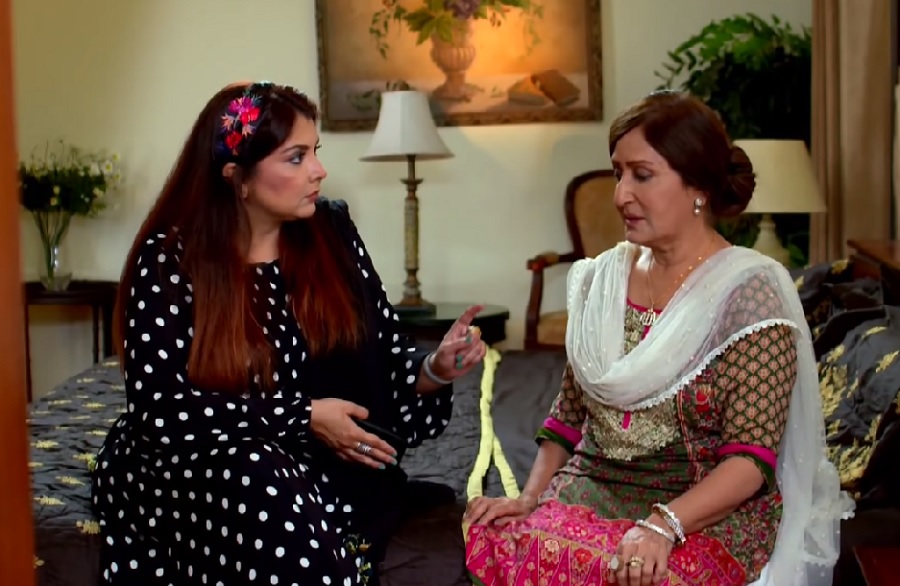 Support Your Daughters Only When Needed

We have seen a positive character such as that of Rabi’s brother who extended support to his sister every time she needed it but then we also have Gohar’s mother and even Saqib’s characters who needlessly supported Gohar. It was because of this support that she had the guts to leave her house even when her husband and mother-in-law tried so hard to please her. Gohar knew that her brothers and mother will lend their support unconditionally and she exploited this. The writer has shown through all this that daughters need the right kind of support and not the kind which would spoil them and their lives. Farwa’s parents are another good example of the right kind of support.

ARY has aired many dramas recently which promised to highlight certain issues. Most of them did not fit the bill but Nand most certainly does. Are you watching Nand? Share your views.