Versatile actor, Adnan Siddiqui has worked in the industry for more than three decades. Not only does he have a number of Pakistani record breaking television serials under his belt, but Hollywood and Bollywood projects as well.

The actor is aging like fine wine and there’s no surprise in that which is why after rummaging his Instagram, we just wanted to prove that Adnan Siddique can still give all young male actors today a run for their money and he’s still the most handsome man present in the Pakistani industry.

1. He looks dapper in salt and pepper hair

Character did not give me this attitude. The attitude gave me this Character. . . . . #wy #attitude #characterdesign #saltnpepper #serial #humtv

2. His flute playing skills are top-notch and you can sway at the tune.

The year gone by made me experience a lot of good things and some not so pleasant things. But I’m very thankful to each and everyone of you for showering me with abundant love. In the end, what matters is the joy and happiness we spread in each other’s lives. So here’s me ending the year on a musical note with one of my favourite songs, Khamoshiyan. Signing off for 2018. Love, peace, happiness and prosperity to you all! . . . #yearend #2018 #goodvibes #peace #celebrate #dance #enjoy #positivity #adnansiddiqui #actor #flute #loveit #life #instamoment #instadaily #instathought #newyear #2019 #funtimes #lookingforward #music #khamoshiyan #song #favourite #metime #happiness

3. He can look handsome in almost every avatar

4. He knows how to make women weak in the knees

5. He knows how to party better than we do

6. He knows how to be amusing and we love that

7. He knows how to appreciate the little things in life

“Mere Paas Tum Ho” has garnered me a lot of appreciation and responce. And I’m very thankful to all of you. But today, I want to share a very special reaction that touched my heart and I’m so humbled to have this met this gentleman. I was walking outside my house, when he spotted me. In this video he’s expressing in a very unique way how he liked it when Shehwaar got hit by Danish. Thank you, thank you so much.🙏🏻 Falling short of words to share how much this love means to me. Thank God! . . . #fans #special #reaction #love #adnansiddiqui #actor #producer #shehwaar #danish #appreciation #thankful #humbled #merepaastumho #drama #television #life #instavideo #instalife #🙏🏻

It’s very rare that my children become a reason of my sadness. But today- all day I’ve spent missing my elder daughter Maryam Jaan even before she set off for her first solo trip. Never thought this would happen to me so soon, that one she’ll be gone and I’ll miss her. May be I’ll be sitting like this and penning my emotions… may be I’ll be looking at her childhood album.. I’m reminded of the day she was born and I held her for the first time…I didn’t even know how to hold a baby. Then her first day of school and today she’s embarking on another first- going for her first solo trip to Turkey. Dear Maryam Jaan, may you make many memories and have an amazing trip. May you come back with more adventures and knowledge. I guess it’s officially time to let you start doing things by yourself and I cannot help but think of the day when you’ll be married. Till then let’s have more father-daughter adventures, more discussions on books and poetry, more long walks and more hugs! As I was writing this, I saw this note that has instructions about Coco’s (her per dog) routine. Alright then, I’m off to feed coco! 😏 whom I lovingly call, ‘pugly’😉 . . . . #adnansiddiqui #actor #daughterandfather #pakistan #karachi #pug #pugly #daughter #pet #turkey #emotional #instanote #instaphoto #instalife #missher #solotrip #schooldays #schooltrip #petdog #routine #holiday

9. He’s been a classy treat since forever

A #waybackthursday courtesy- @shelleypirzada A lot has changed in 10 years but one thing that hasn’t wavered is my love for black. In fact this love has only grown, mostly have black outfits in my wardrobe now. . . . #throwback #thursday #adnansiddiqui #actor #life #workmode #instapicture #archives #albums #90’s #black #love #wardrobe #morning #instagood #photooftheday #pose #click #instamemories

10. He has even spell-bounded the fans with his walk on the ramp

Ladies and gentlemen meet TED the lion from London. @mehwishhayatofficial I also had the privilege of meeting him too😂.

12. He has a smile that can mend any broken heart

Venice: “Whatever floats your boat I'm gonda-like it here Going, going, GONDOLA”. This is the city, where poems were written, where stories were born, where people have loved. Good morning! Enjoying the beautiful view from the balcony of my hotel room . #venice #vacation #italy

13. He can steal your heart with just looking like that!

15. He looks jaw dropping handsome in a tux!

16. He looks ravishing in a cleaned shave too!

There! We’ve  made our point and told you that Adnan Siddique is an epitome of class and grace.

The actor Siddiqui has garnered an immense amount of appreciation for his role as Shahwar Ahmed in Mere Paas Tum Ho.

Siddiqui started his career in the showbiz industry as a model in 1988 and hasn’t looked back ever since. For him, the sky is the limit!

So, how much do you all adore Adnan Siddiqui? 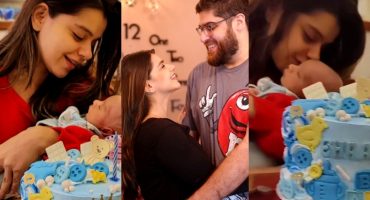 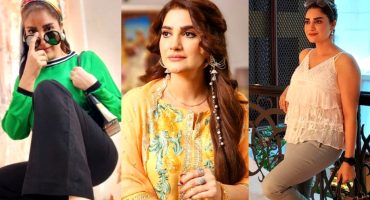 Who is Maheen From Taqdeer – Details 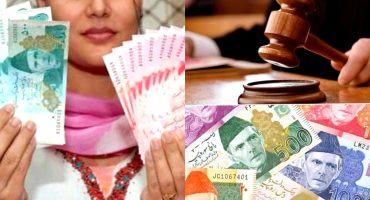 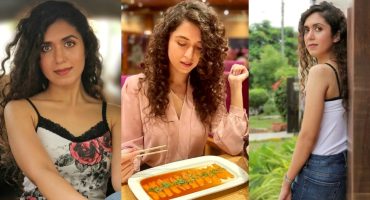 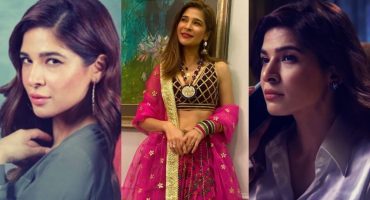 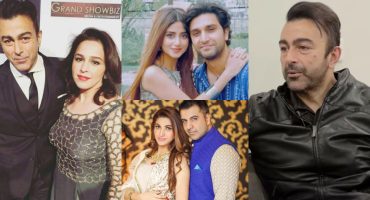