The much awaited film of this year “Dobara Phir Se”, which is expected to release on 25th November 2016. The film is directed by the talented and famous Mehereen Jabbar,produced by: Salman Iqbal, Mohammad Jerjees Seja and Mehreen Jabbar.  The screenplay of the film is by Bilal Sami. The film will be starring Adeel Husain, Hareem Farooq, Sanam Saeed, Ali Kazmi, Tooba Siddiqui, Atiqa Odho, Shaz Khan and Musa. The story of the film is written Bilal Sami & Mehreen Jabbar. 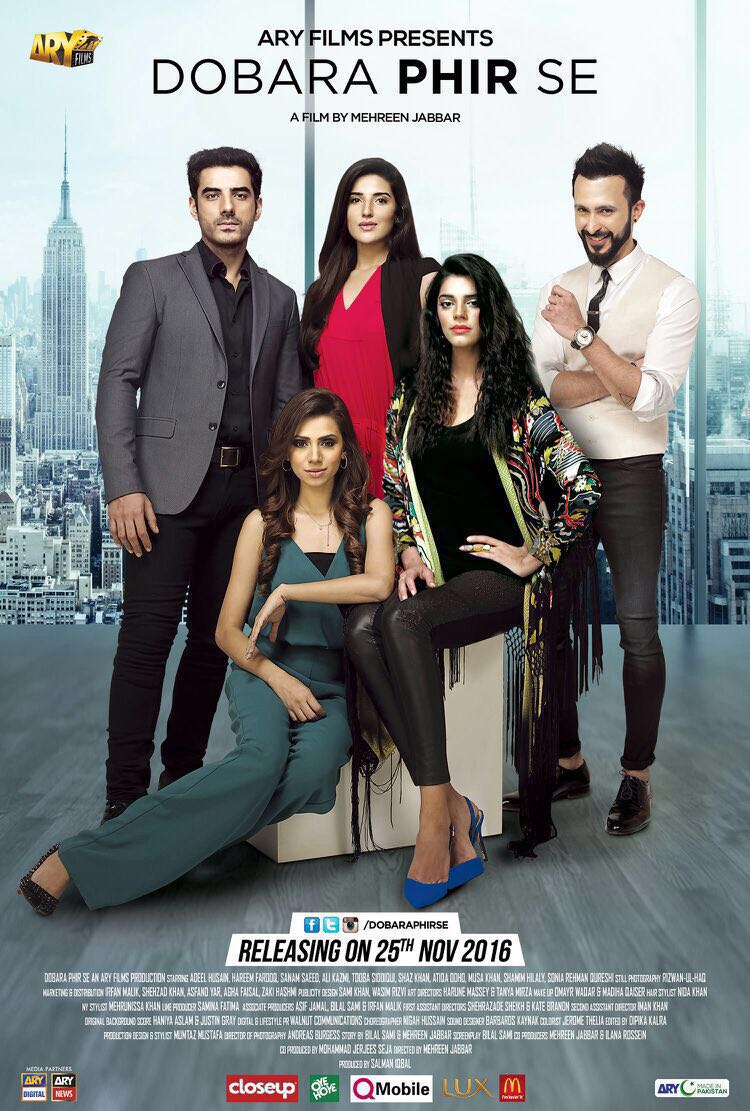 Lately the film has released its title song, the vocals behind the song are Haniya Aslam and Ali Hamza, composition of the song was by Haniya Aslam, lyrics by Bilal Sami, Haniya Aslam. Here watch the video of the song.

Theatrical Trailer of the Film