The year 2022 has just started and there is so much for Pakistani drama lovers to look forward to already. This year, many of the leading actors of the industry will be pairing together for the first time. There are also those hit on-screen couples which will be making a reappearance in 2022 dramas. The star cast of a drama in no way guarantees quality but it does ensure viewership. Also, there are some credible actors who always make intelligent choices. Therefore, whenever these actors are part of a drama, the viewers can be sure that such a drama will be entertaining. Some of these dramas also have the most interesting credentials otherwise as well so that is another reason many viewers are waiting for them.

Here is a list of upcoming 2022 Pakistani dramas with a star cast:

Badshah Begum has an interesting ensemble star cast and it is one of the most awaited dramas of this year. The drama has been produced by Rafay Rashadi and Momina Duraid, the script has been written by Saji Gul and it has been directed by Khizer Idrees. Zara Noor Abbas, Farhan Saeed, Ali Rehman, Yasir Hussain, and Saman Ansari are some of the most popular actors who are part of the star cast. Hamza Sohail will also be making his second on-screen appearance in the drama. The poster of the drama is already out so it will be airing sometime soon. 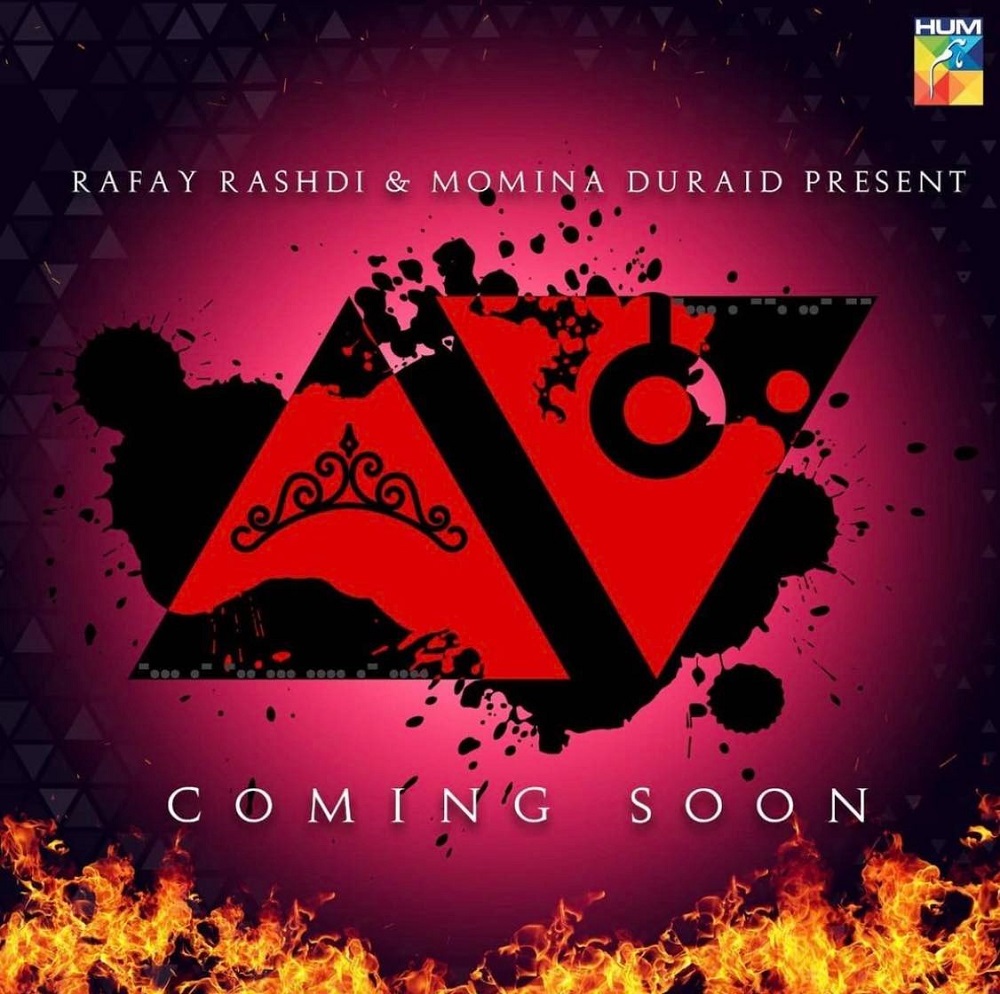 Out of all the dramas that will air in the first season of 2022, Hum Tum is perhaps the most anticipated one. The reason for this is that Ahad Raza Mir will be finally appearing on television after being away from the screen for almost 2 years! Ahad Raza Mir’s popularity is unprecedented therefore any drama with him in the star cast guarantees viewership. Since Ahad is also one of those actors who choose the dramas they star in really carefully, entertainment is also guaranteed. This would also be the first time that Ahad Raza Mir will be seen in a rom-com. Apart from Ahad Raza Mir, Ramsha Khan is another actress whose pairing with Ahad has the viewers excited. She has also chosen some of the best projects recently therefore there is so much to look forward to! The script has been written by Saima Akram Chaudhry of Suno Chanda fame and ace director Danish Nawaz is the man heading this team, therefore, the viewers have all the reasons to expect great things from this one! 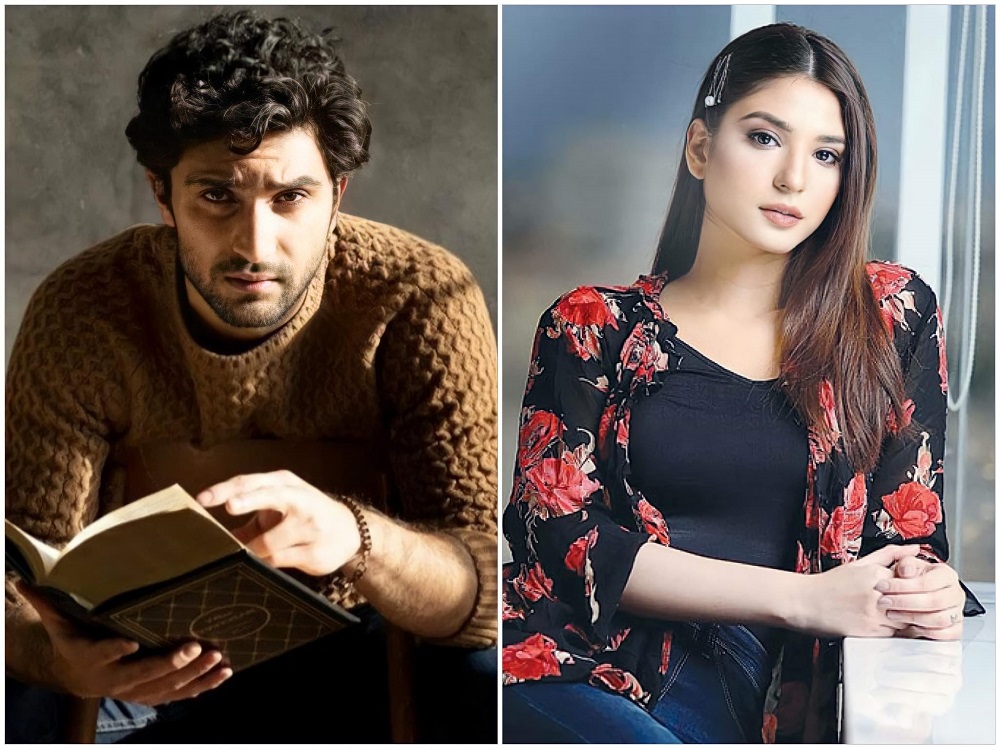 The Pani Jaisa Pyar cast will be reuniting after more than a decade for the drama serial Fraud. Some of the biggest stars of the industry Ahsan Khan, Saba Qamar, and Mikaal Zulfiqar got together on-screen for the serial Pani Jaisa Pyar and the drama was a massive hit. They are going to seen again in the drama serial Fraud, which is currently in the filming stage but will be airing in 2022. The script has been written by Pyar Ke Sadqay famed writer Zanjabeel Asim Shah, who is known for her enticing scripts. Saqib Khan will be directing this one and it is an IDream Production. Saba Qamar shared that the drama will be different from most Pakistani dramas, she promised that Fraud team has a surprise in store for the viewers. 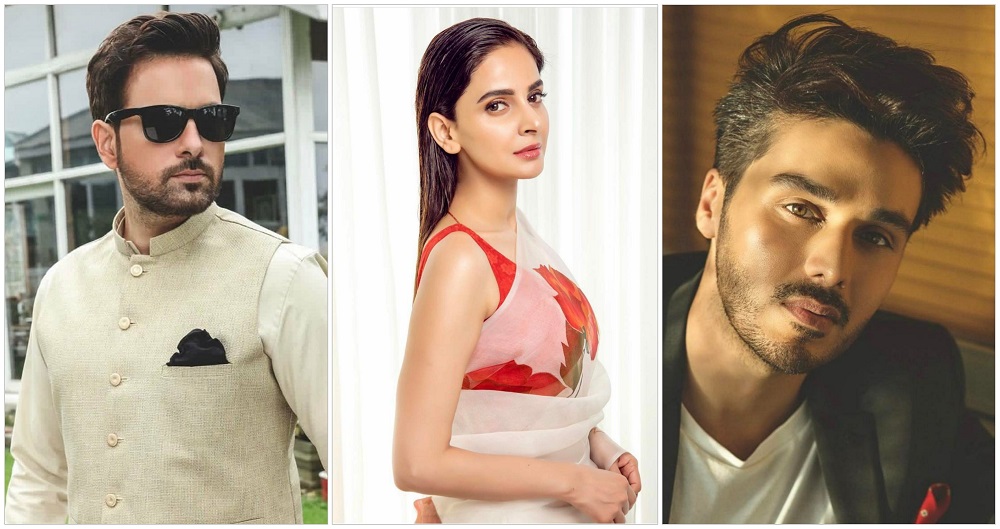 Nowadays, there is competition among the leading channels to cast the most appealing star cast for Ramazan special shows. These are rom-com serials that air in the month of Ramazan. HUM usually takes the lead when it comes to choosing the most attractive cast for these dramas. This year, they have roped in some of the new faces from the industry who have already attained star status. Paristaan is a Ramazan special show which will air this year in Ramazan. It has Aymen Saleem, Arsalan Naseer (CBA), Junaid Jamshed, Meerab Ali, Javeria Saud, and Navin Waqar in the cast. Aymen Saleem and Arsalan Naseer are definitely the main star attractions of this rom-com. 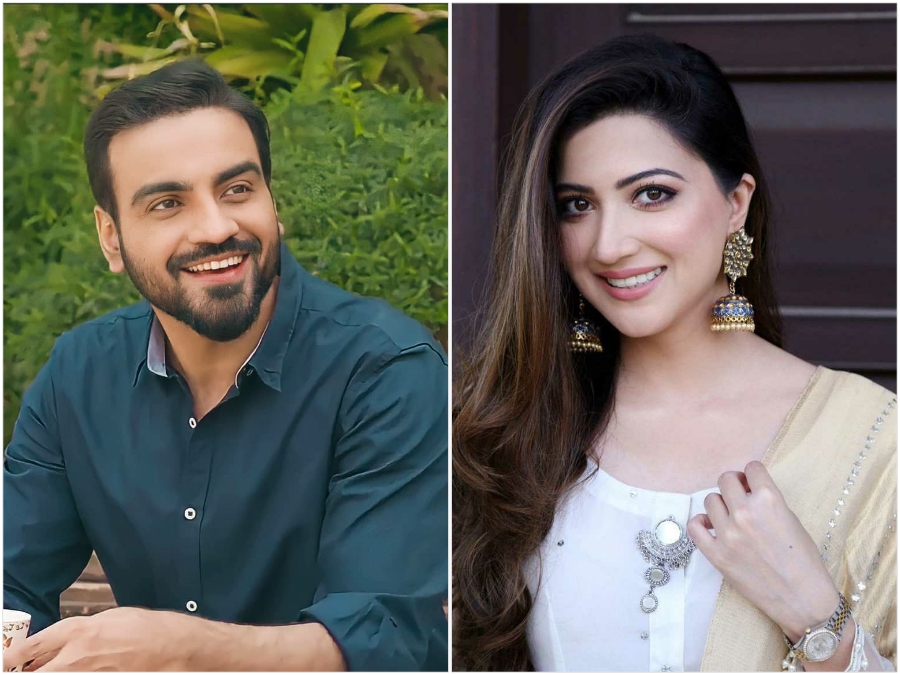 Chaudhry and Sons is going to be yet another Ramazan special drama that will be airing on Geo Entertainment. The channel has roped in Imran Ashraf and Ayeza Khan as the leading pair in the drama. Both these actors have shown their exceptional acting skills in many dramas and their star power cannot be denied. This serial is also written by Saima Akram Chaudhry and it has been directed by Syed Wajahat Hussain. This fresh pairing has the viewers excited. It will be fun watching Imran Ashraf in a comic role on screen. 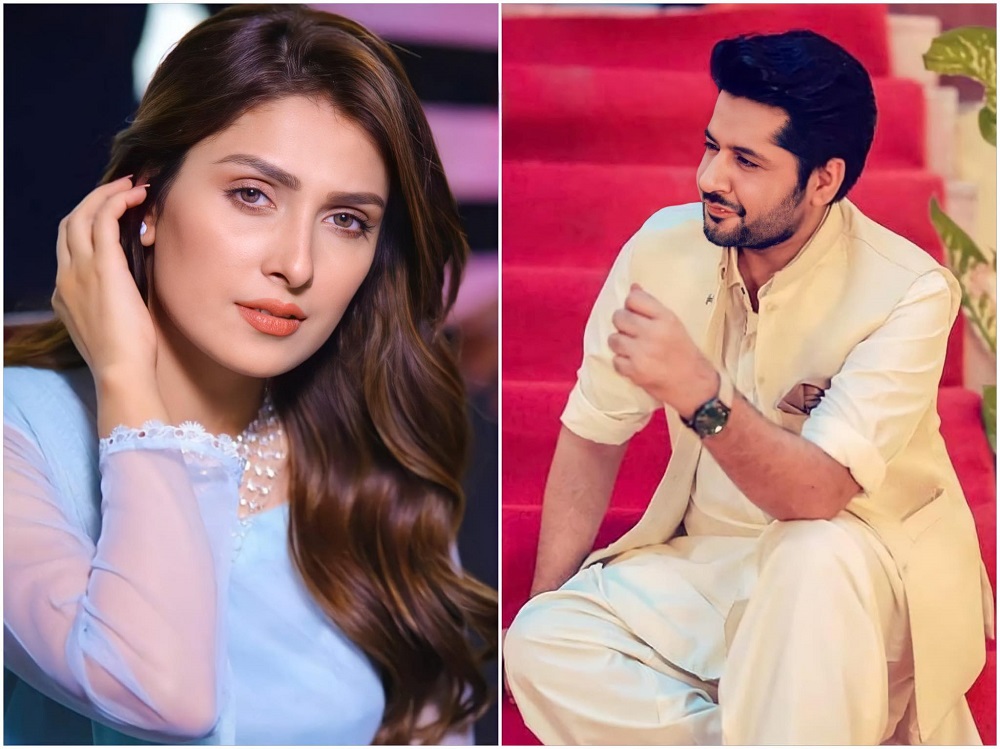 Hiba Bukhari has made a big name for herself in a short span of time. Her dramas are always the most popular among the masses. She has also been part of dramas that had different kinds of storylines. Mirza Zain Baig and Hiba Bukhari will be seen sharing the screen together in the drama serial Pehchaan, which for now is a working title. Syed Jibran will also be a part of the star cast. Senior actress Huma Nawab whose performance was liked by the viewers in Hum Kahan Ke Sacchay Thay is also part of this serial. Eshal Fayyaz is another one of the well-known actors in the drama. 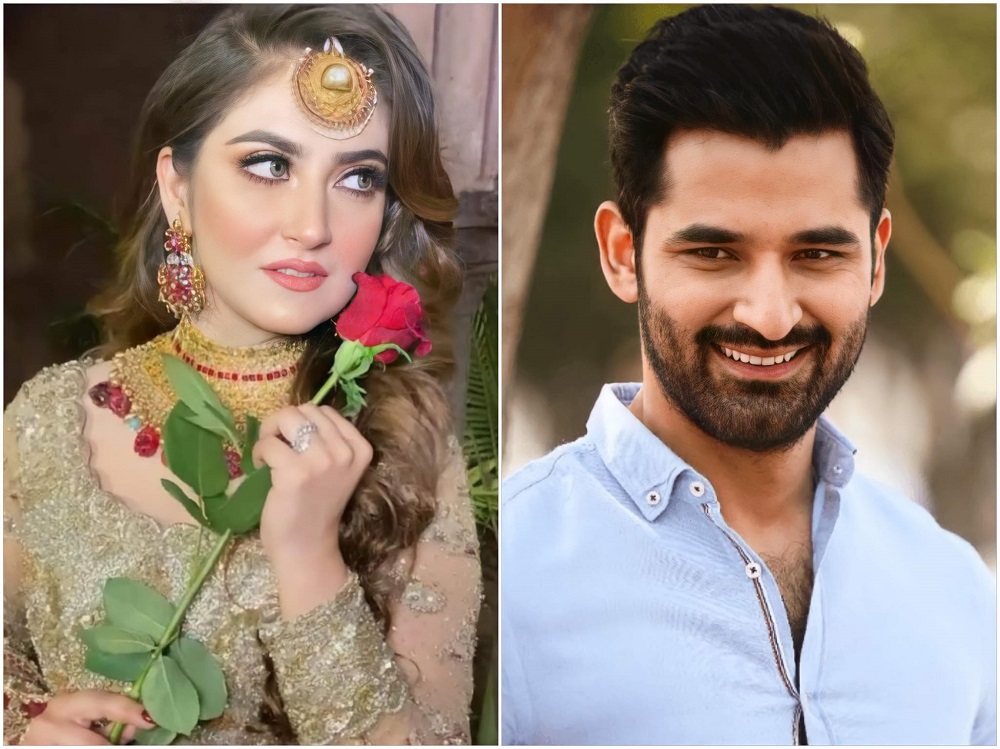 The Dusht jodi won over people’s hearts with their first on-screen performance and there was no looking back after that for both these actors. Noman Ijaz is a brilliant performer and Atiqa Odho has recently impressed the viewers with her performances in Pyar Ke Sadqay and Pardes. Noman Ijaz shared a picture with Atiqa Odho and shared how excited he was to work with her after such a long time. Atiqa Odho is equally excited about the project. The drama has been shot and will be airing soon. 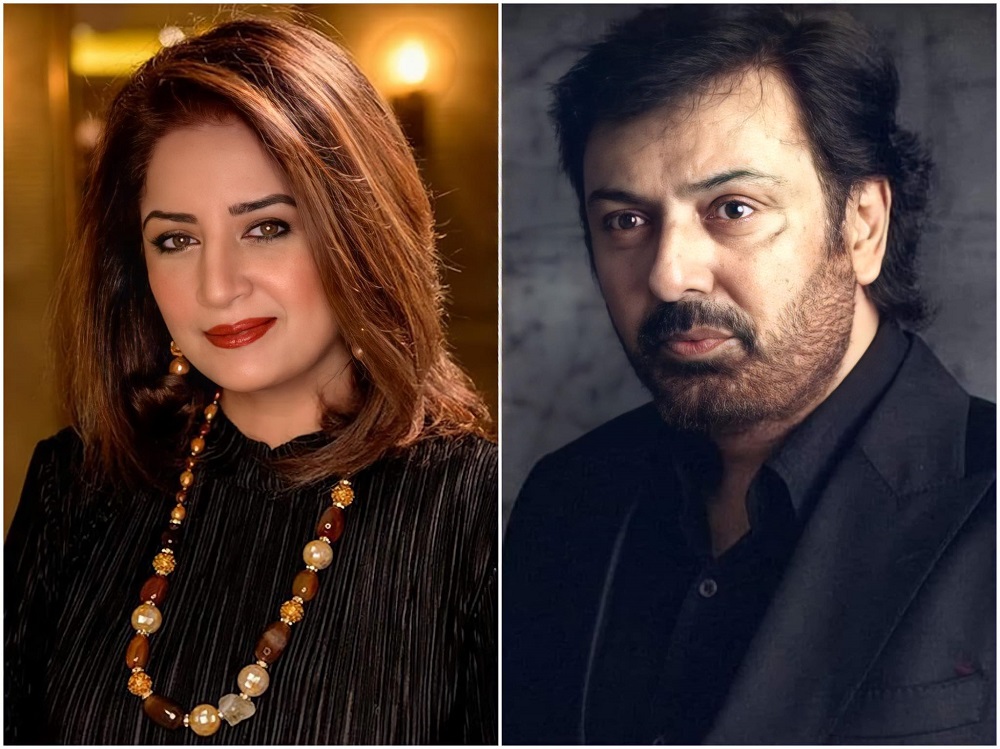