3 Bahadur is the first animated film of Pakistan by Oscar winning Sharmeen Obaid Chinoy. The trailer was released last year, and now its release date is also finalized as 22 May 2015. The film is distributed by ARY Films. 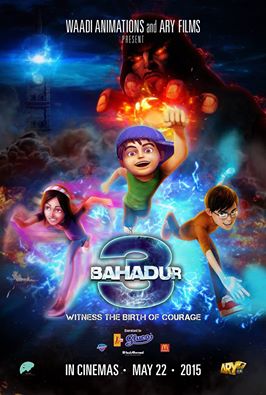