We have some very monotonous ending methods for Pakistani dramas. The twists are always the same and ghooma phira ke we always end up at the same place in every other show. Yes, most of our stories are same as well, but at least the last episode should be exciting.

The most common ways of ending a Pakistani drama are:

Always at the right time! The good characters who have been pure annoying idiots from the start of the show, and easiest to fool will eavesdrop at the exact right moment. Have any of the drama makers realized how annoying this is?

Recent example is Tum mere hi rehna, where Rania (Urwa Hocane) had to leave the house because of Sumbhul’s (Kiran Haq) plan to get her hands on Rania’s husband, Numail. Sumbhul’s sister eavesdropped at the exact moment when Sumbhul was talking to herself about how she “will get Numail now”. Other than this, in Nazdikiyan Nudrat (Maria Wasti) was kicked out of the house when her husband heard her talking on the phone about how she added pills to juice and made her sautan drink it. That caused her to miscarry. 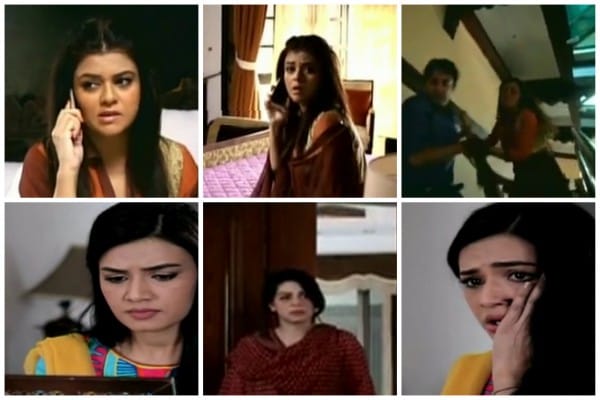 The amount of problems our heroines experience are rectified by one simple apology. I get the point, that forgiveness is better than revenge, and I don’t mind if the victim forgives those who wronged them.

However, there are two problems. The first one is the monotonous dialogues in those scenes.  Since these are dramas, and not real life, it wouldn’t hurt the hero to do something special for his woman. Sorry hi karna hai, so why not go big? A recreation of the day the couple met or preparing her favourite meal. Learn to use Google people! DIY websites offer a lot of options for this.

The second problem is the victim not protesting at all. Say SOMETHING to the other person before you forgive them!  There are countless dramas whose apologetic moments left no impact on me. For example, Adhoori Aurat, Dil-e-Muzter and specially Pani Jesa Pyar. 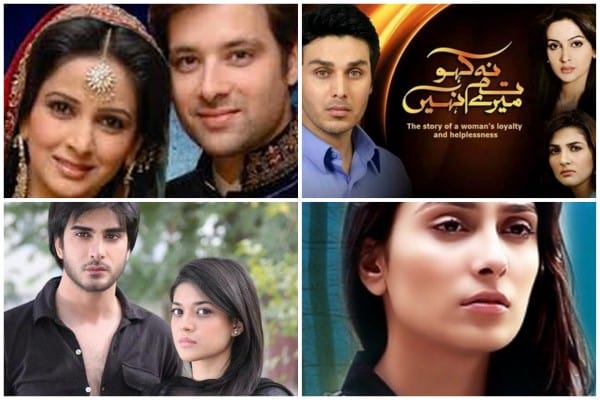 3. The heroine HAS to leave the house:

Ek Kasak Reh Gayee, Dil-e-Muzter, Pani Jese Pyar Tum Mere Hi Rehna and so on. The heroine of each of these had to leave the house before the end of the drama. After the hero realized her worth, he went to her, said the apologetic words, and brought her back. That was obviously after he had eavesdropped on the vamp. Recent example is Khata where the heroine has left her husband’s house and will obviously be taken back by him in the last episode. Humsafar was the one where it started, and even though it is one of my most favourite dramas, I do not want every drama to have the same story or ending. 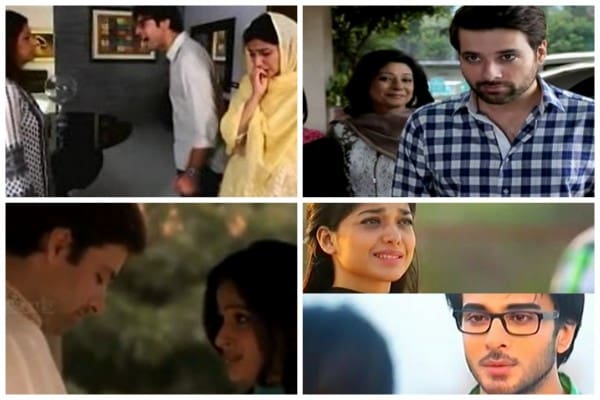 4. Dragging: It has to be a part of last episodes as well. Viewers are forced to watch long emotional scenes, which are useless, because only short and to the point scenes leave their mark.

And if there are no scenes left to drag, they will put on the title song and show the main leads thinking, walking and even breathing just so they can increase the duration of an already stretched episode. 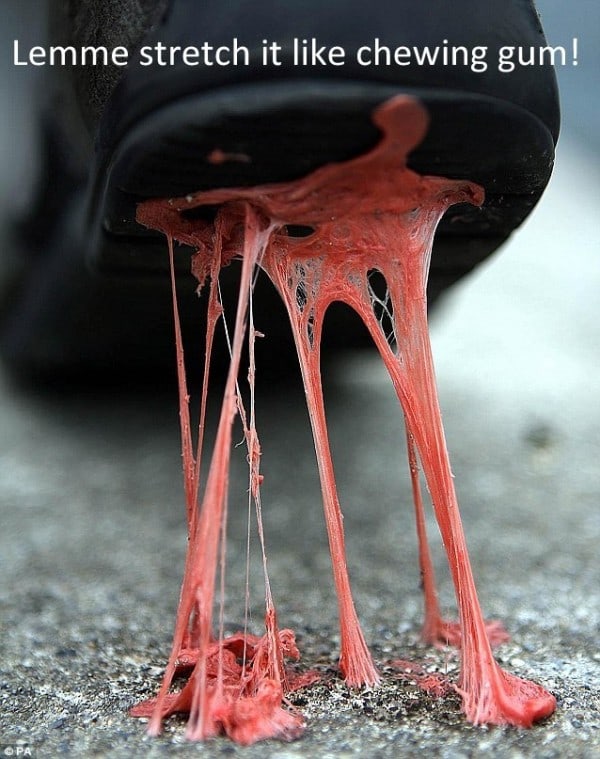