Ayeza Khan in Mere Paas Tum Ho managed to look beautiful in several episodes and we couldn’t help but gush over her looks.

She is no doubt a very pretty Pakistani actress who’s an epitome of beauty. Her style and fashion sense are an inspiration to many young females of Pakistan. Recently Ayeza Khan’s character of Mehwish in drama serial Mere Paas Tum Ho garnered a lot of popularity and the fans are in a love-hate relationship with Mehwish.

Although, we can’t help but praise Ayeza Khan’s looks in the drama serial. From her hair to makeup to dresses to accessories, we are stunned.

Here are some of the looks in where Ayeza put her best foot forward in MPTH.  Have a look. 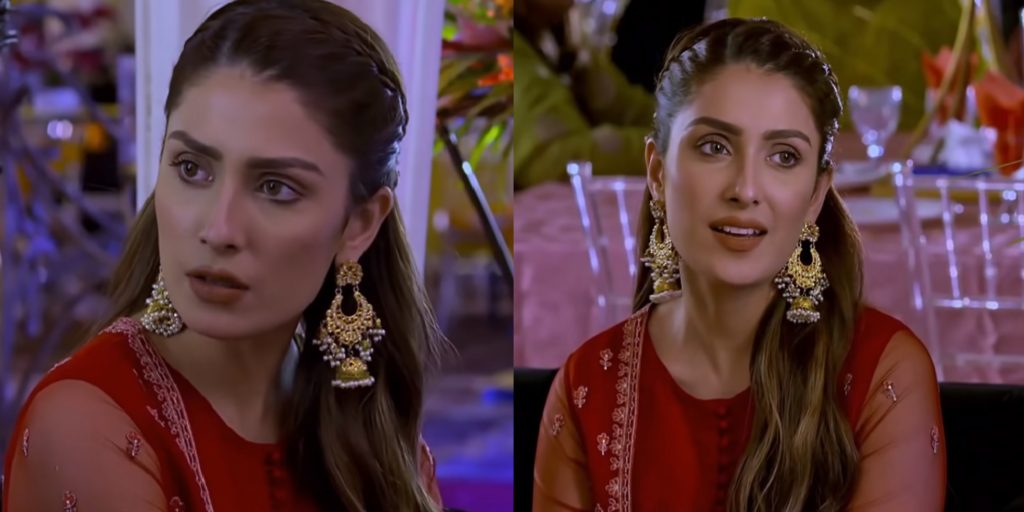 Ayeza Khan donned in gorgeous red angrakha that featured a Mughlai neckline and some gold embellishment around it. She kept her hair very festive as she wore the ensemble at a mehendi. Khan kept her makeup very minimal and opted for nude shades which really made the red lipstick pop on her. 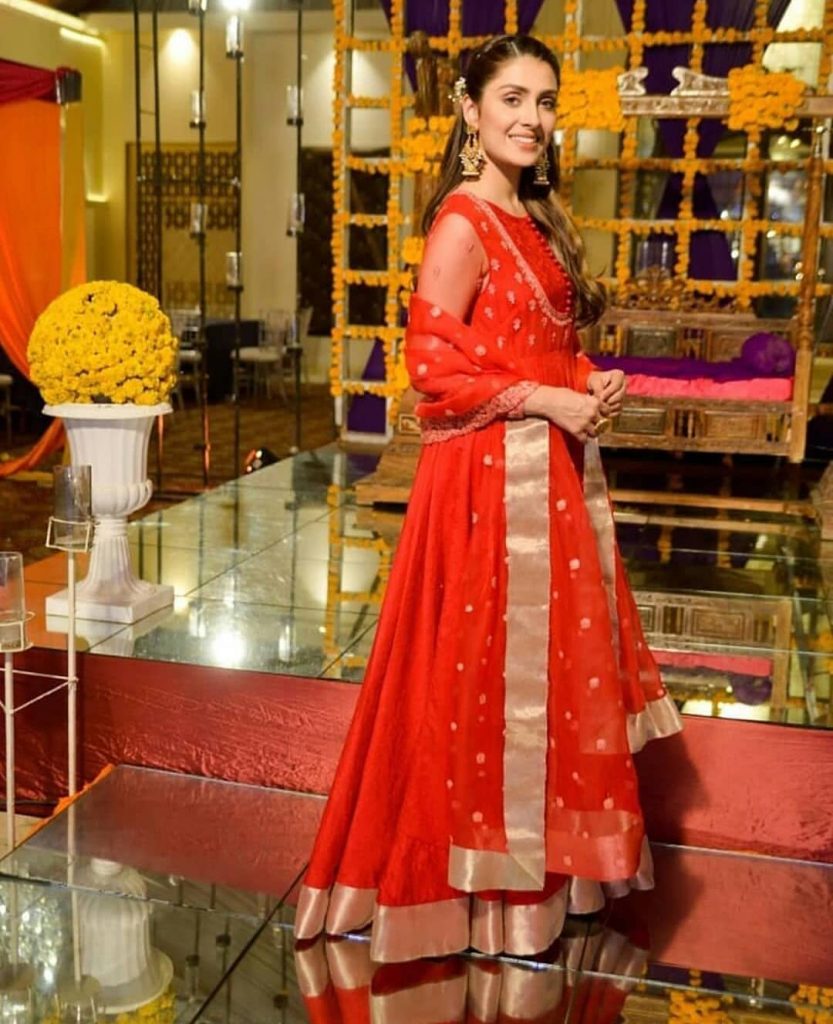 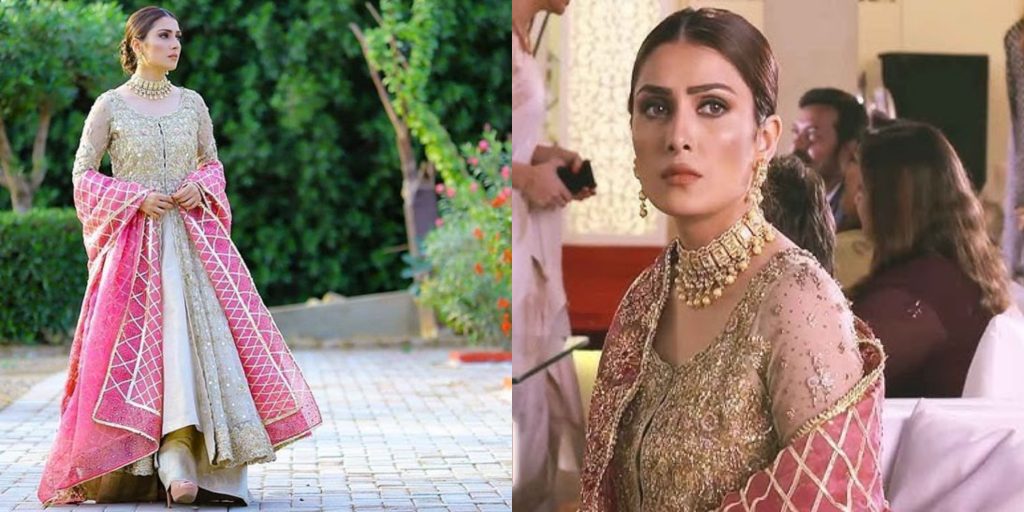 Ayeza looked absolutely stunning the golden long trailed formal dress which was paired with heavy powder pink dupatta. She wore this dress in episode 4 of Mere Paas Tum Ho and looked like a vision. Khan kept her hair really neat to draw more attention towards the heavy embellished gown she wore. The makeup was minimal and complimented well with the entire outlook. 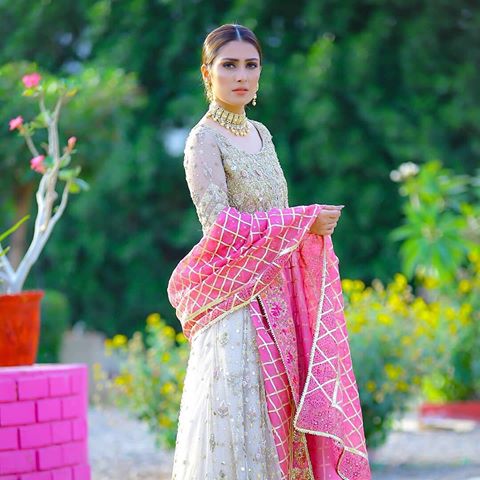 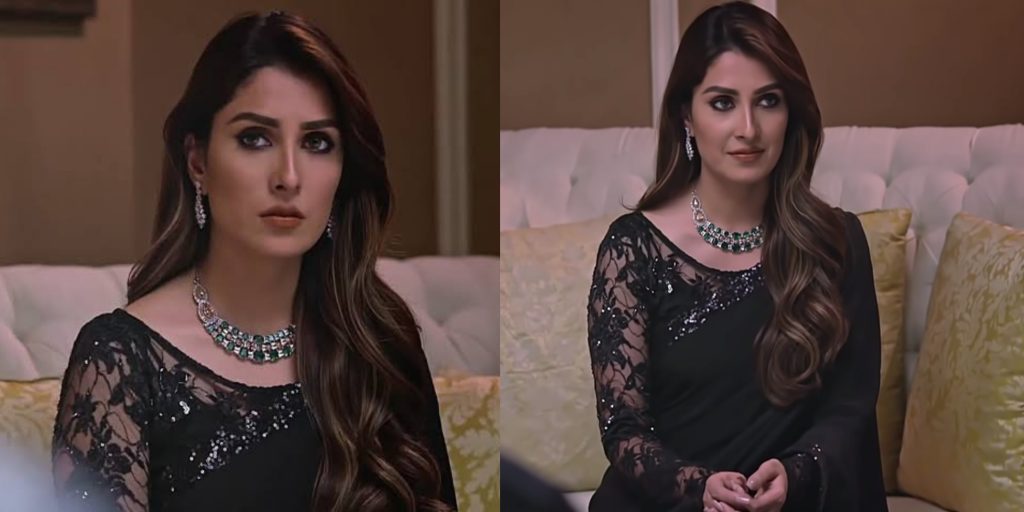 Khan carried this chic and stylish timeless black saree in Mere Paas Tum Ho episode 5. Ayeza Khan looked breathtaking in this gorgeous ensemble with smoked out eyes and nude lips. Black is a very versatile color but, pulling it off well is an art. 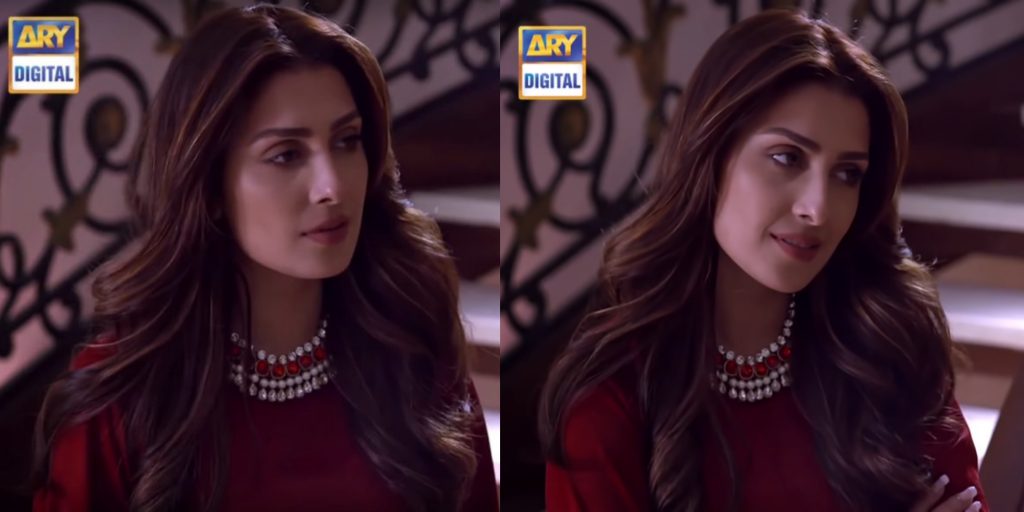 This is yet another look of Khan where she donned in a Red Dress in Episode 15 of Mere Pass Tum ho. This is from the scene where Khan swayed with Adnan Siddiqui while Danish and Rumi were in tears. Ayeza looked like a fresh breath of air in this gown and chunky white and red necklace. The entire attire gives a very modern yet chic vibe. 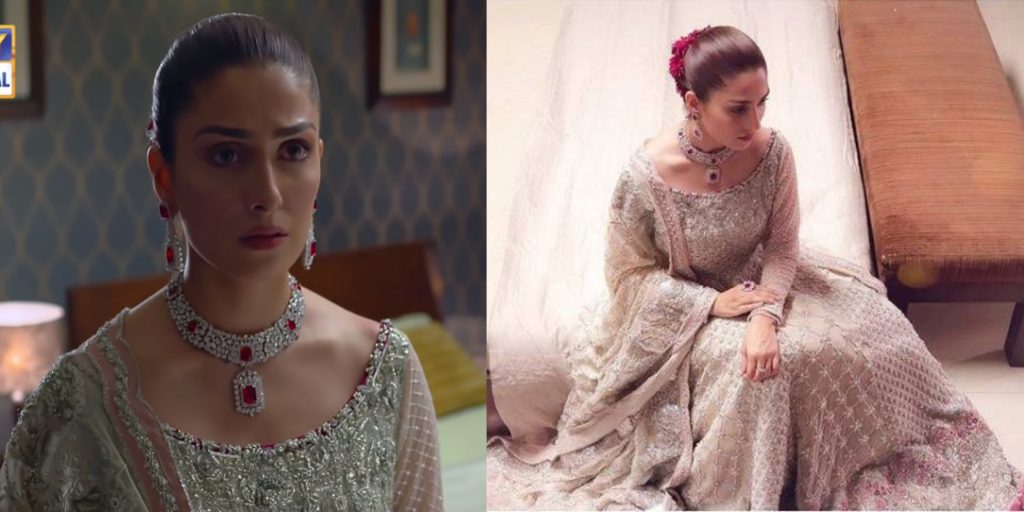 Khan looked stunning in a Zainab Chhotani lehenga which was a blend of silver and baby pink with a bun and heavy jewelry. This scene itself was an iconic one since Ayeza Khan was presented with a tight slap on her face from Sawer Nadeem.

Let us know which look was your favorite.