5 Questions We Want To Ask To The Makers of Drama SANAM!

Sanam is a show that till now couldn’t pick up the pace nor introduced anything interesting. It is getting boring to an extent that we are just completely loosing our interest. Not long but only a few episodes old drama has got the viewers mad. The previous episode had some good bits but seems like the upcoming episode is going to be same.

The OST of the show was so engaging that the audiences were eagerly waiting to see how the story unfolds and not long ago we actually hoped that the story might get better but now the makers have crossed limits of insanity.

1) Our dear Harib fell in love for the third time. We know third time but why?Okay we understand first love was the old one but then falling in love with two girls in such a short span of time is just not working. He falls in love so frequently as if love is on sale and he doesn’t want to miss a single chance to grab it!So ek anar aur 100 bemar opss no Ek Anar aur teen beemar 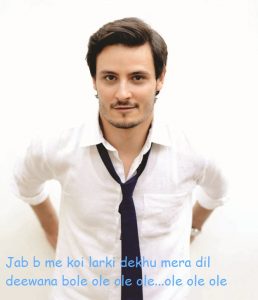 2) Is khana so important?I mean i literally feel that to the makers it’s more important to focus on food than anything else. Whether it be the anda paratha or the ice cream it surely gets the full coverage. Please For heavens sake we aren’t craving for food nor anda paratha sounds appealing.

3) The most buzzing question,Why is this guy(Harib) so so bechara?This is the question i desperately want to ask to the writer of the drama that what made her think we are going to like seeing someone this bechara who would say nothing but just act so masoom and helpless as if we’re gonna come and help him LOL. Why don’t you stay quite than saying something that has no meaning,where do you actually stand or do you really even have a stand or not! 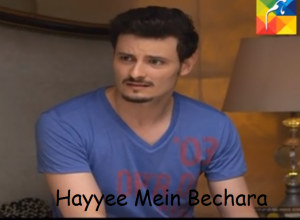 4) So surprise guys,we now have a new entry and that is Sara. A girl that just seems so unfit in this drama but the makers are trying hard to fix her in. I wonder why was she even needed. They already showed Aila evil and now even Sara is evil so according to the makers every girl Harib every loved was evil,funny isn’t it because seems like Harib was all blind while dating these innocent looking girls.And why does every girls world revolves around Harib?Whats so good about him,well alright we know he looks good but isn’t it quite weird watching every girls live revolving around a same person!

5) Alright so you decided to make the drama interesting with the few supporting roles which were literally created with no common sense. That old zamana relatives who wouldn’t let you live separately…isn’t that something we have been seen in dramas for years. Anything new to offer us?The answer certainly seems no and oh yes how can i forget the new little baby girl Fatima. What are the makers trying to implement by bringing her to the story,she got an extra ordinary coverage in the previous episodes.