The success of this drama, has strengthened the position of lead pair, Sheharyar Munnawar and Sajal Ali. This drama has also raised viewership of Geo Television. 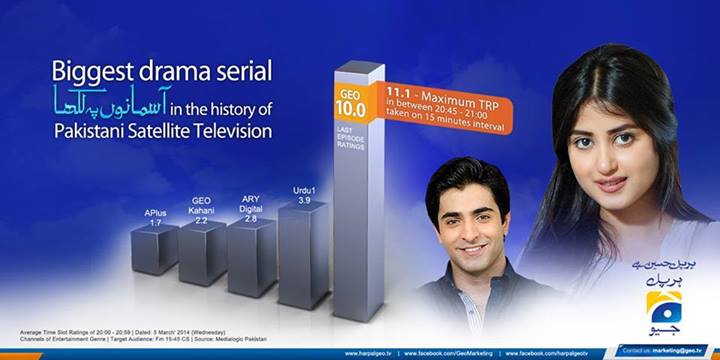