Imran Ashraf is the hot favourite actor of the season. He has won the hearts of millions with his portrayal of Bhola in Ranjha Ranjha Kardi. He became a phenomenon after his realistic role in the drama. People are always anxious to see him on screens and he has been obliging lately by making live appearances. He joined Ahsan Khan on the sets of Ramzan Pakistan on HUM TV.

He looked super handsome in a casual shalwar kameez and it was great to see two big stars and talented names together on the screens. Aamir Liaquat’s first wife Syeda Bushra Aamir was also co-hosting the show and all three got some pictures clicked on the sets too. Here have a look: 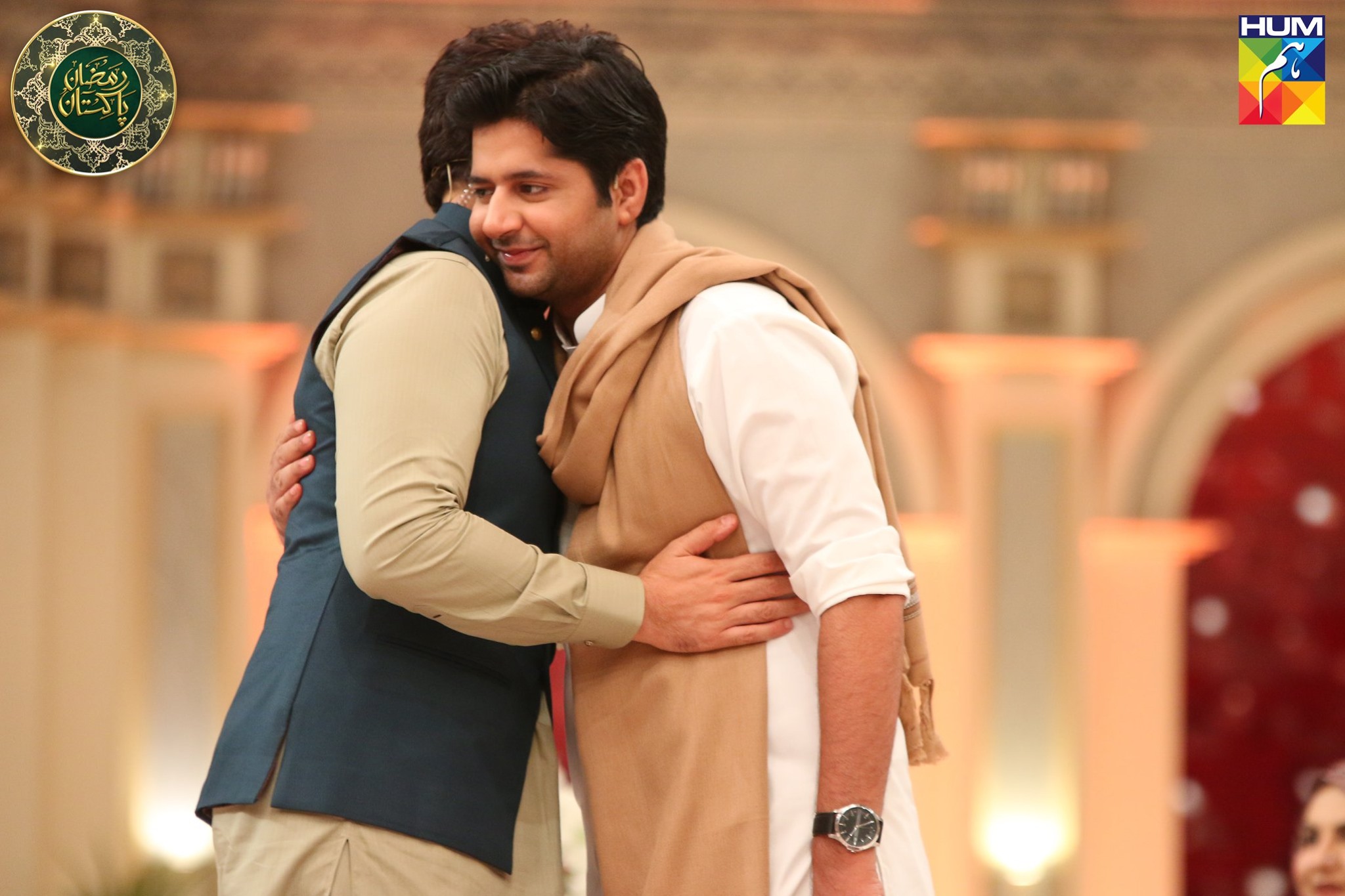 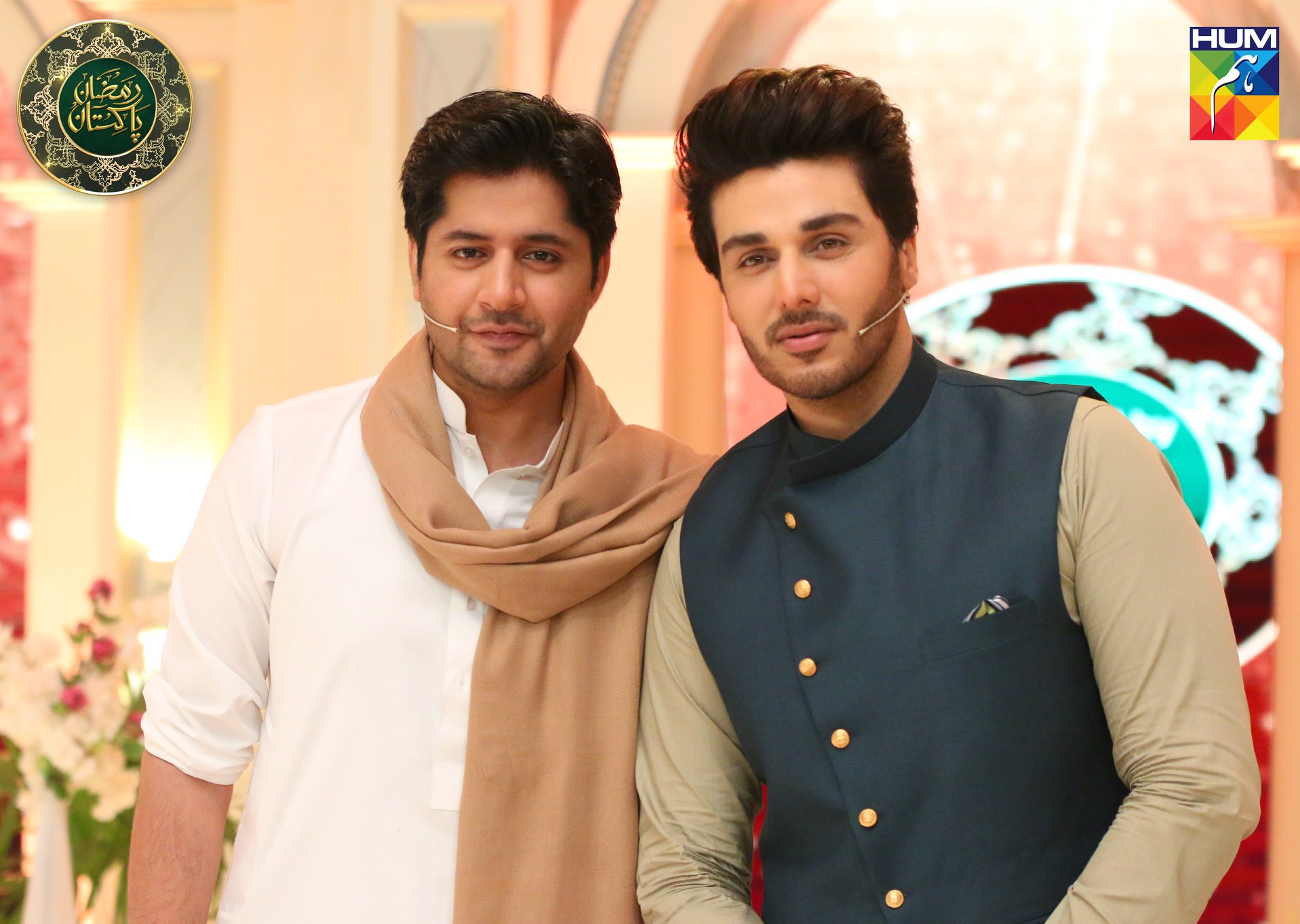 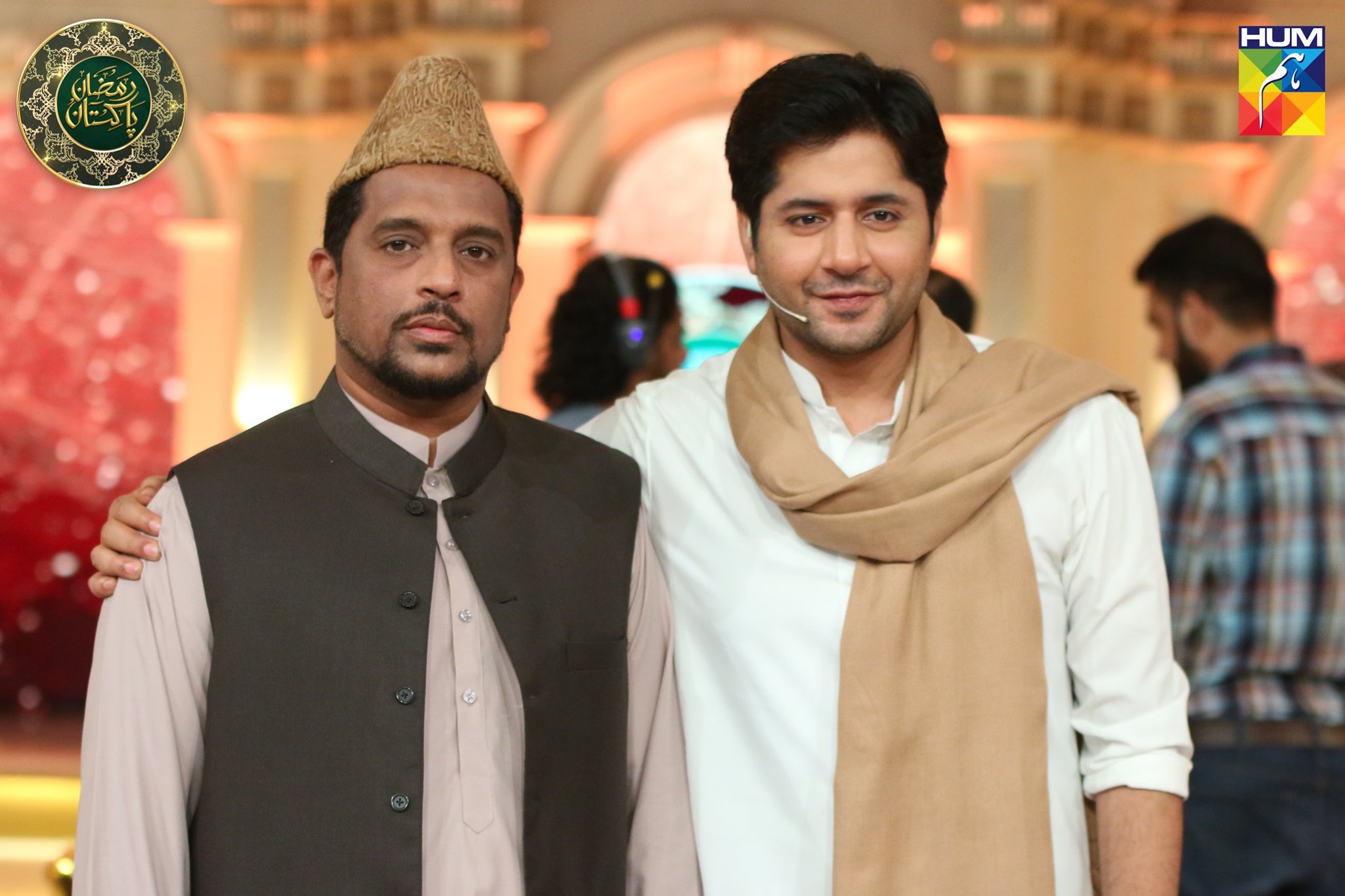 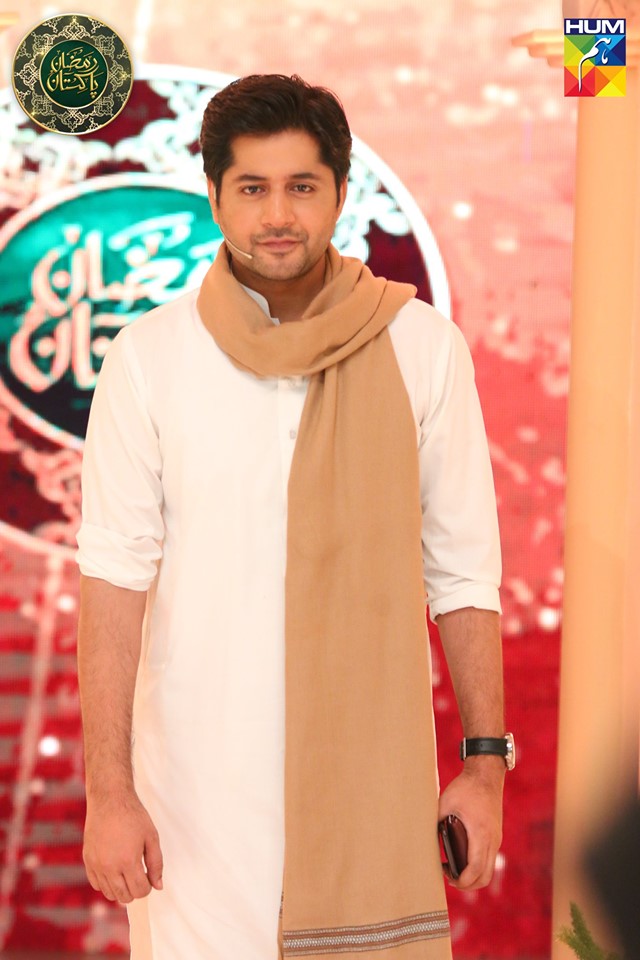 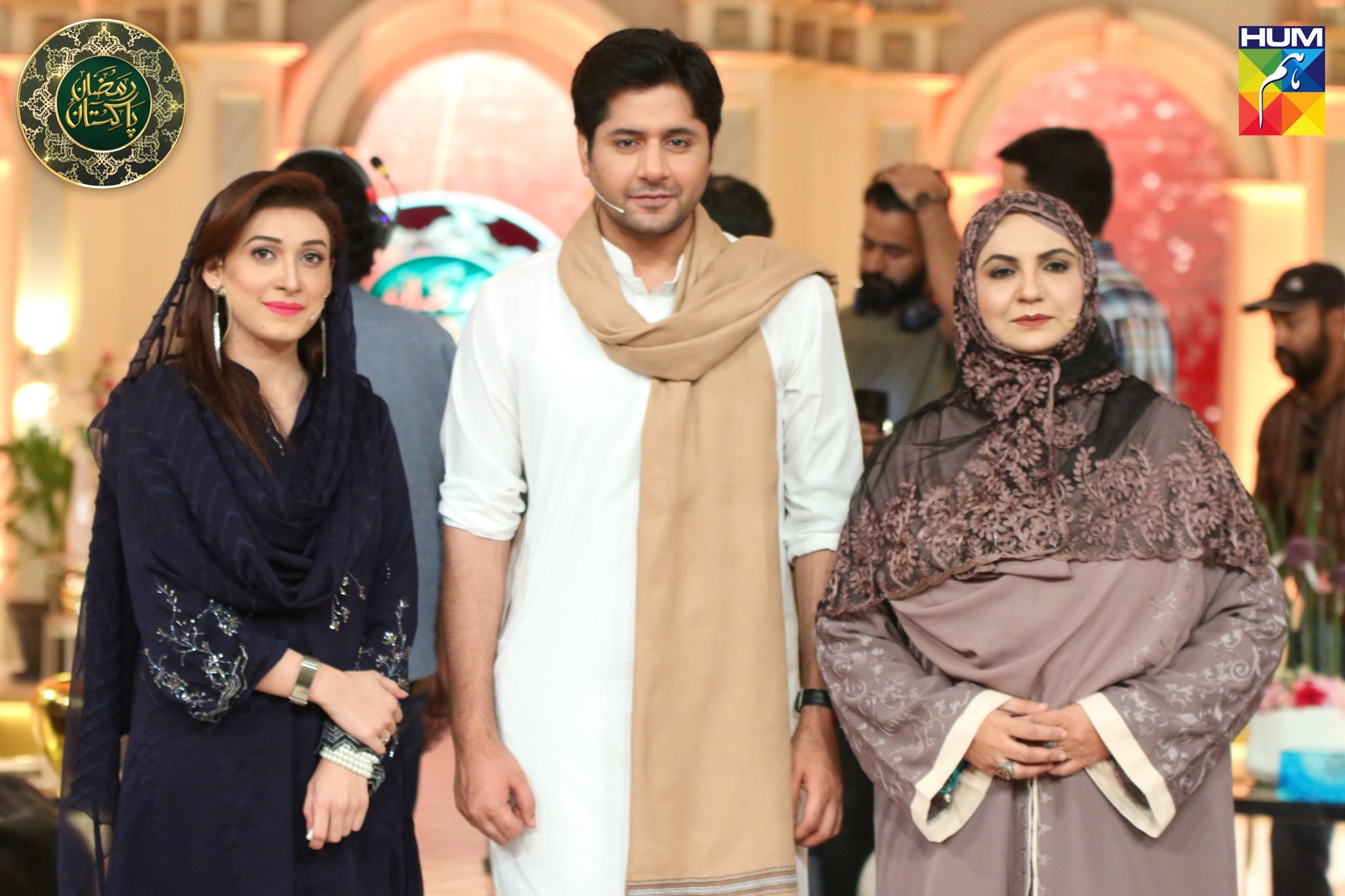 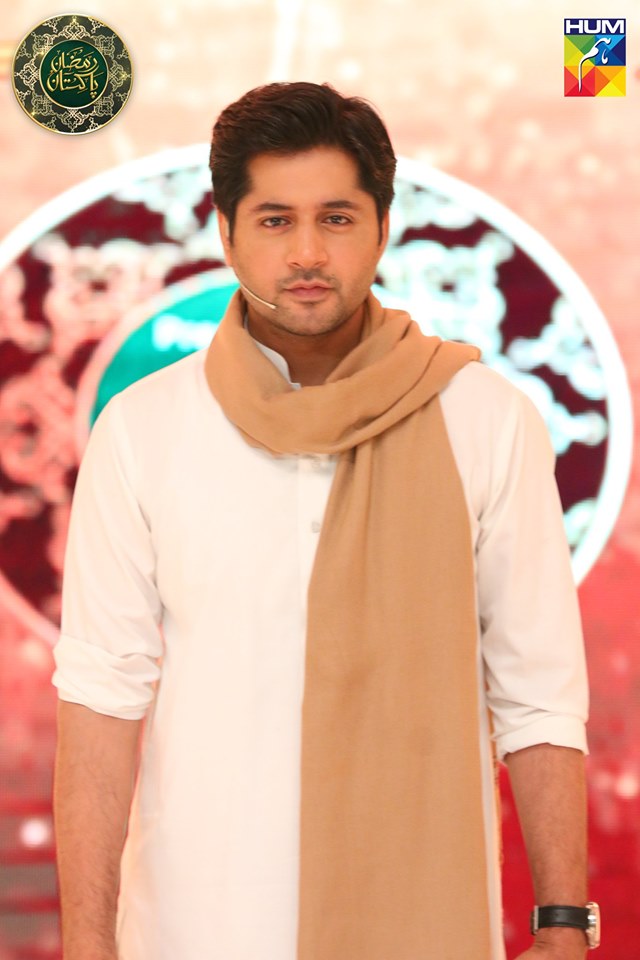 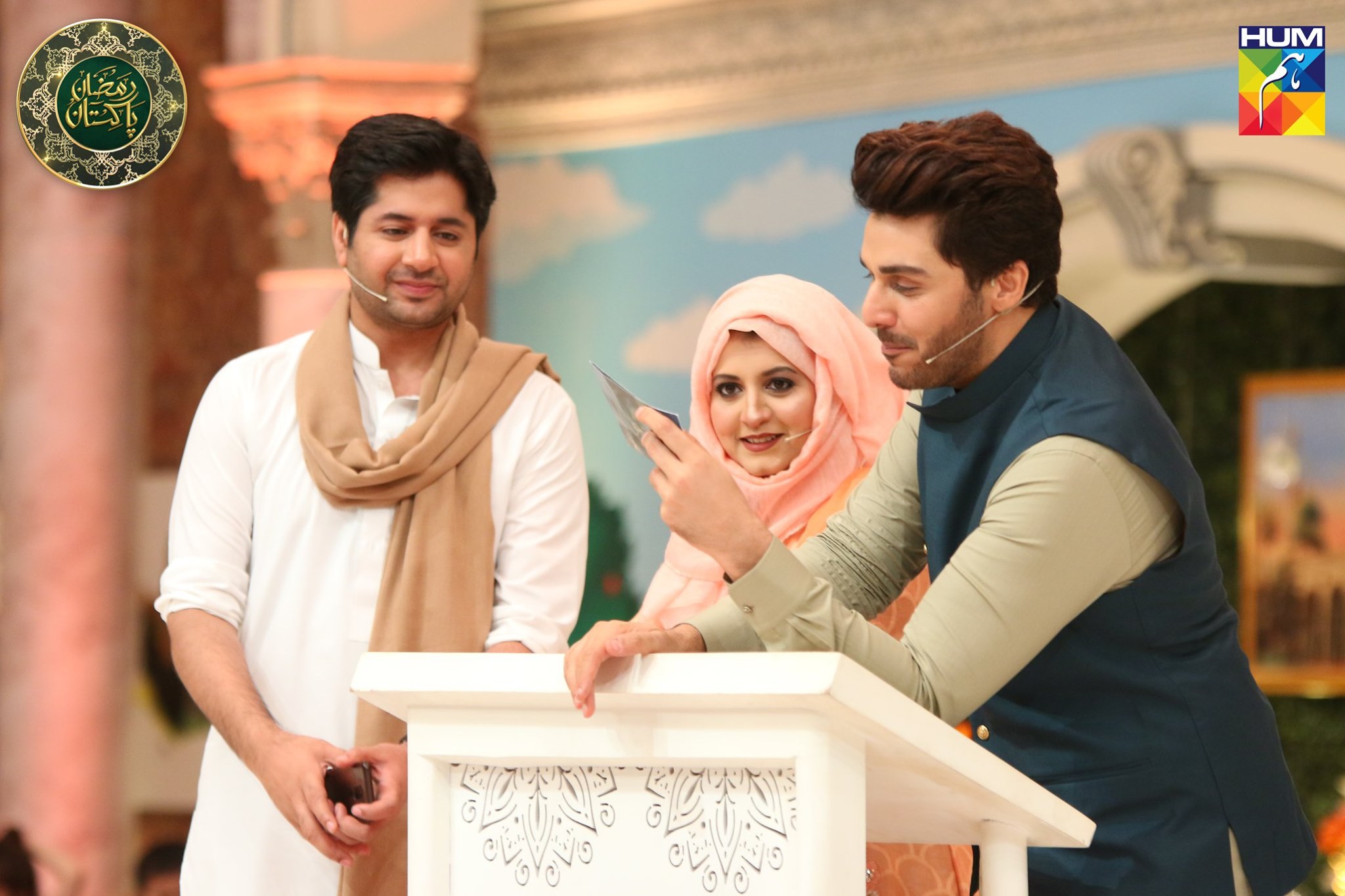 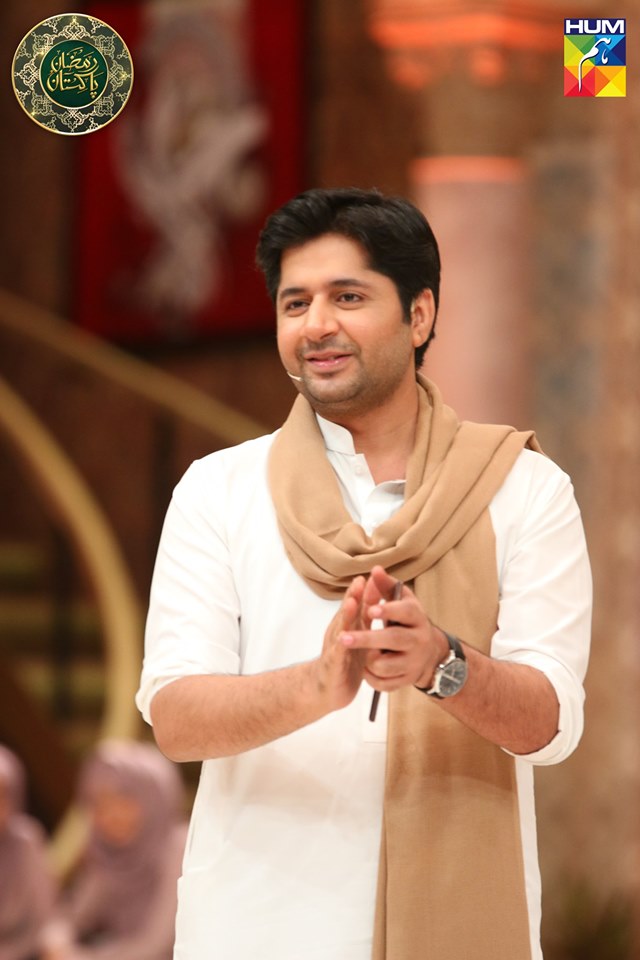 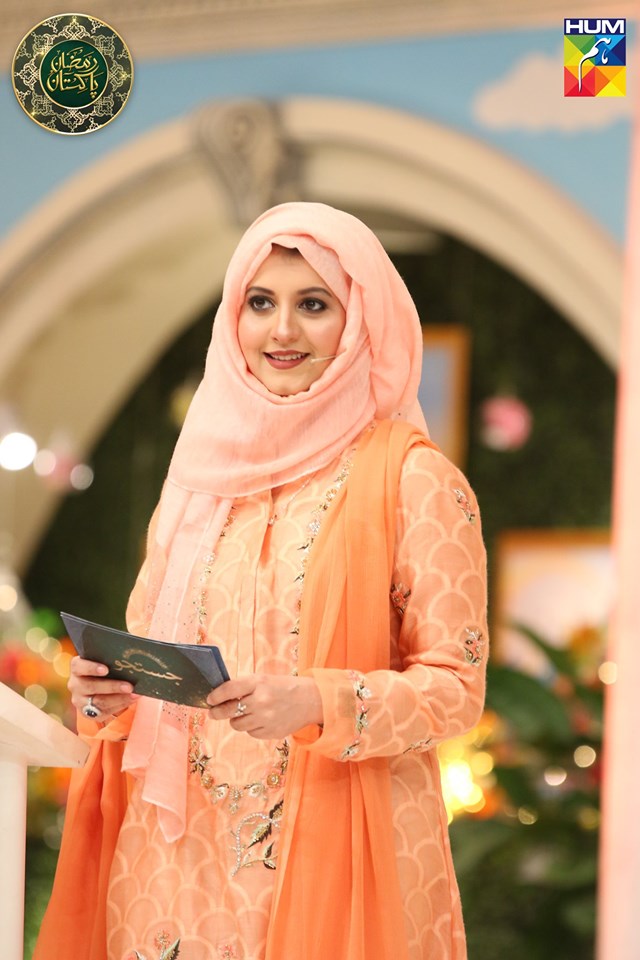 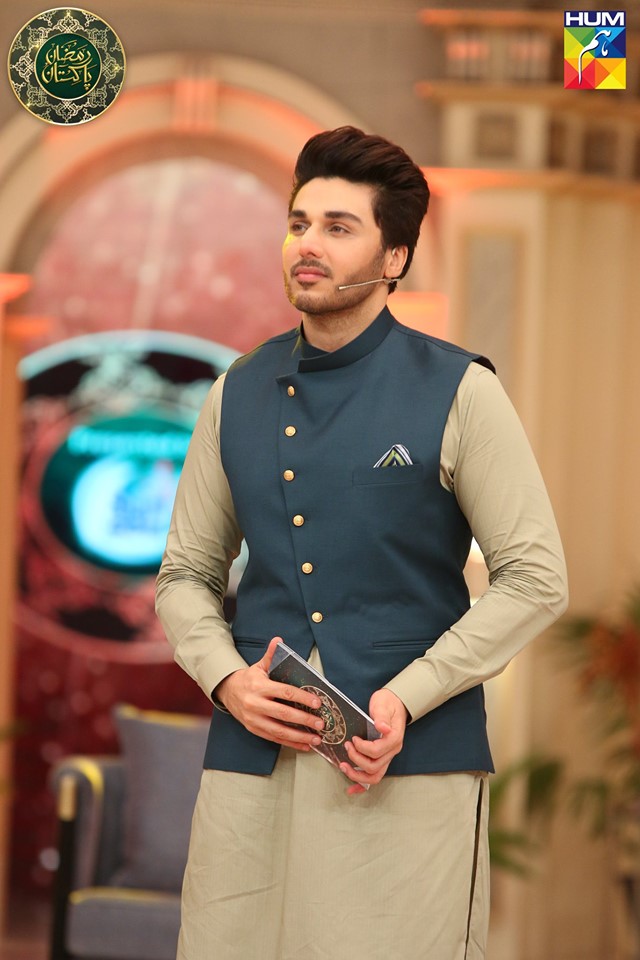