The makers of the super-hit comedy, NaMaloom Afraad, Nabeel Qureshi and Fizza Ali Meerza teamed up for film, Actor in Law, which is expected to release on Eid-ul-Adha this year.

Featuring veteran Indian actor Om Puri, as his debut film in Pakistan, actor and host, Fahad Mustafa, actress and model Mehwish Hayat, and actor and host Alyy Khan, the film is said to be a light romantic comedy with a focus on social issues.

Nabeel Qureshi, the director of the movie, is hopeful that the audience will enjoy this movie. “Actor In Law is a different story just like Na Maloom Afraad. In my earlier film, I picked a topic and played with humor around it. In this film, you will find me narrating another unique story. Main Lateefey nahi suna sakta to kahani sunata hon [I just cannot hear jokes, so I tell stories]. I am sure the audience will connect to the story with its engaging plot,”

On Twitter, Fahad Mustafa announced that the shooting has been completed. 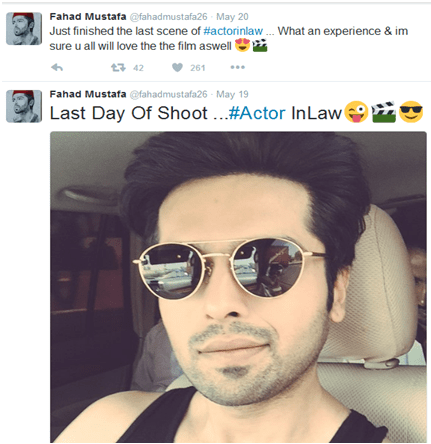 On Instagram, Mehwish Hayat posted a picture and bid farewell to the crew. 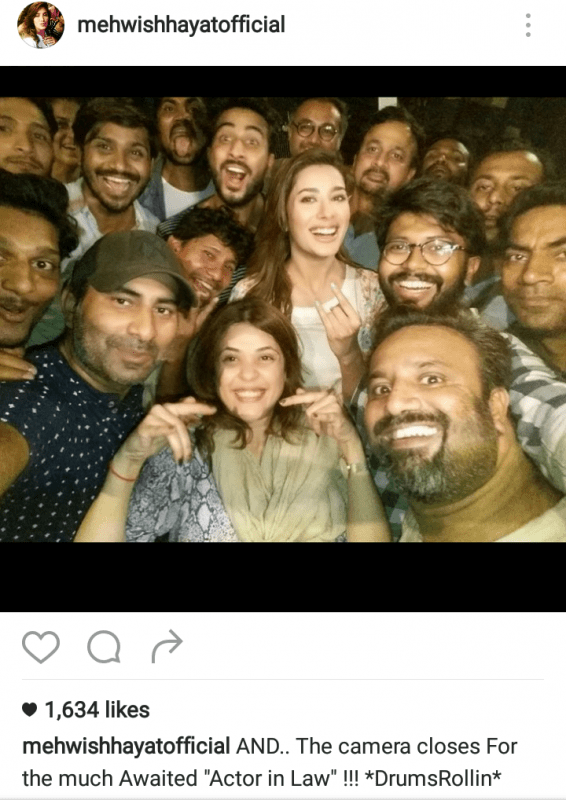