Mehar Bano is a young and bold Pakistani actress and model who started her showbiz journey in 2011. Mehar Bano has been a part of various super hit serials including Daagh, Uff yeh Mohabbat, Balaa and many others. Mehar Bano owns her dancing and theatre institute at Karachi “Sway Dance Project” which trains young people in dancing and acting. 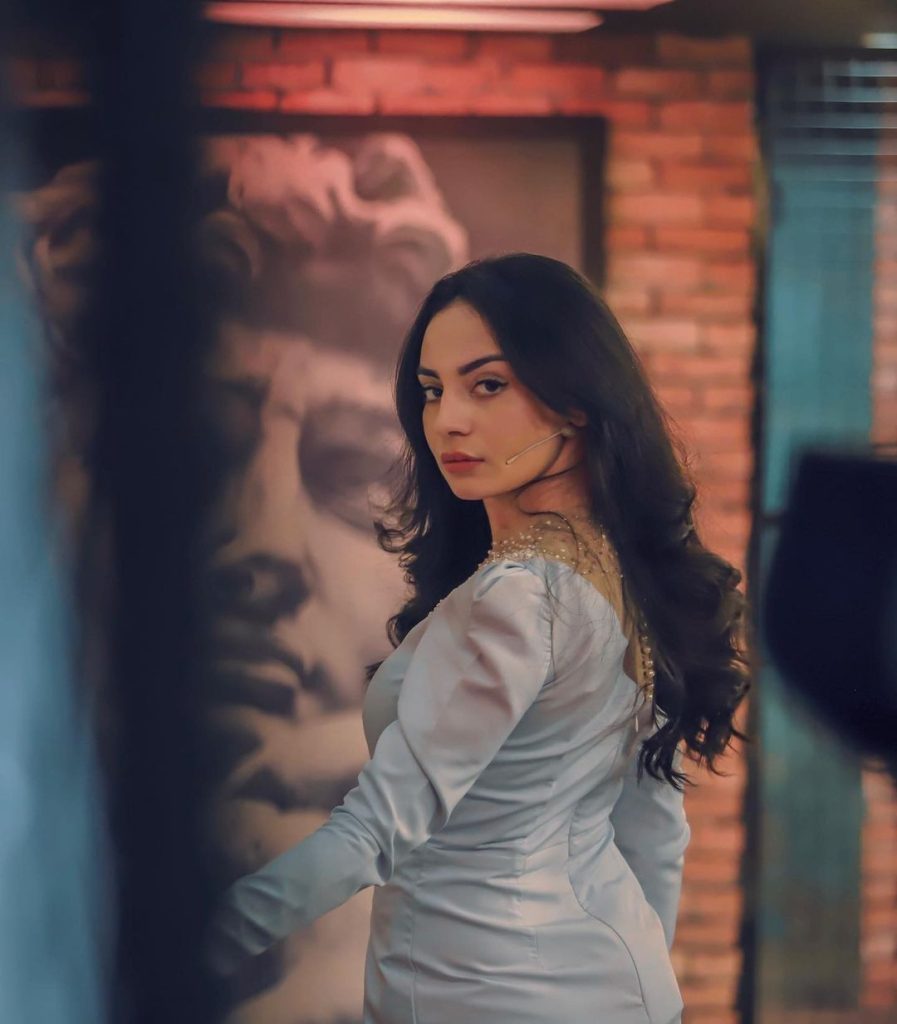 Last week, Mehar Bano got engaged to her longtime beau producer Shahrukh Kazim Ali in an intimate daytime ceremony. The couple exchanged rings in a private affair, with close family and friends in attendance. Mehar Bano was spotted stunning in a gorgeous off-shoulder heavily embellished all-white ensemble by “Zainab Salman Studio”. Minimal makeup look was given to Mehar Bano by “Zara Gul”. The event was a star-studded affair, as actor Ahmed Ali Akbar, Osman Khalid Butt, singer Hasan Raheem were spotted at the event. The beautiful pictures have been captured by “Natasha Zubair”, have a look! 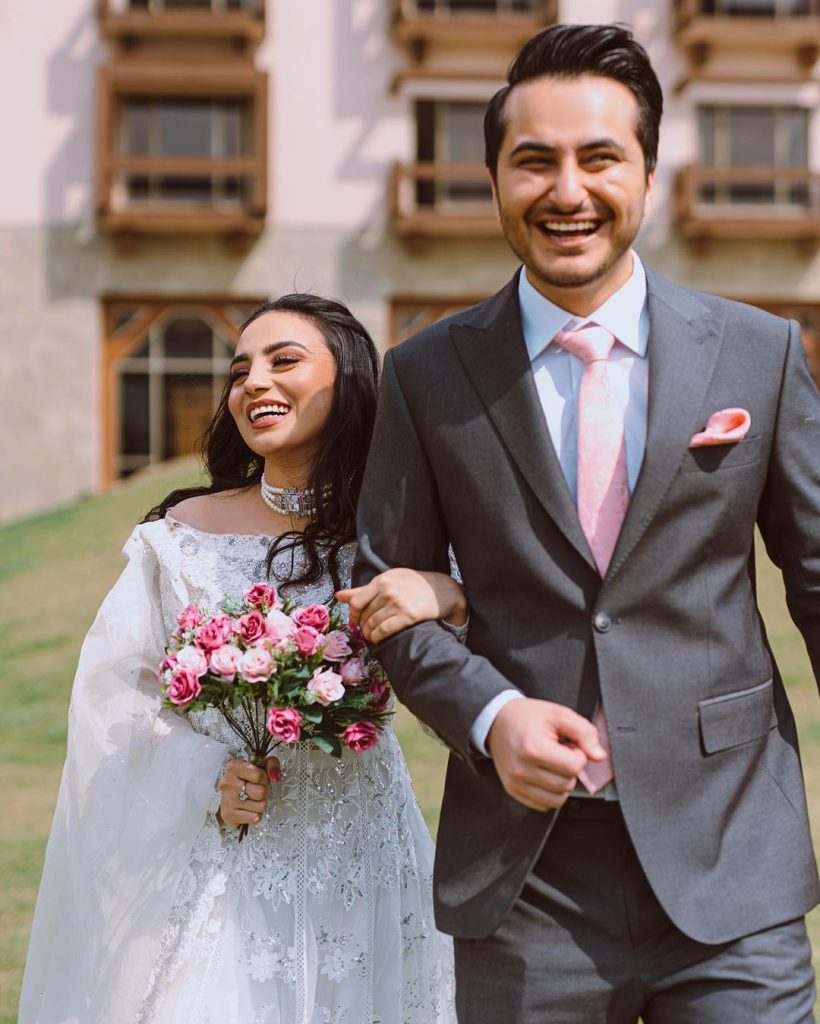 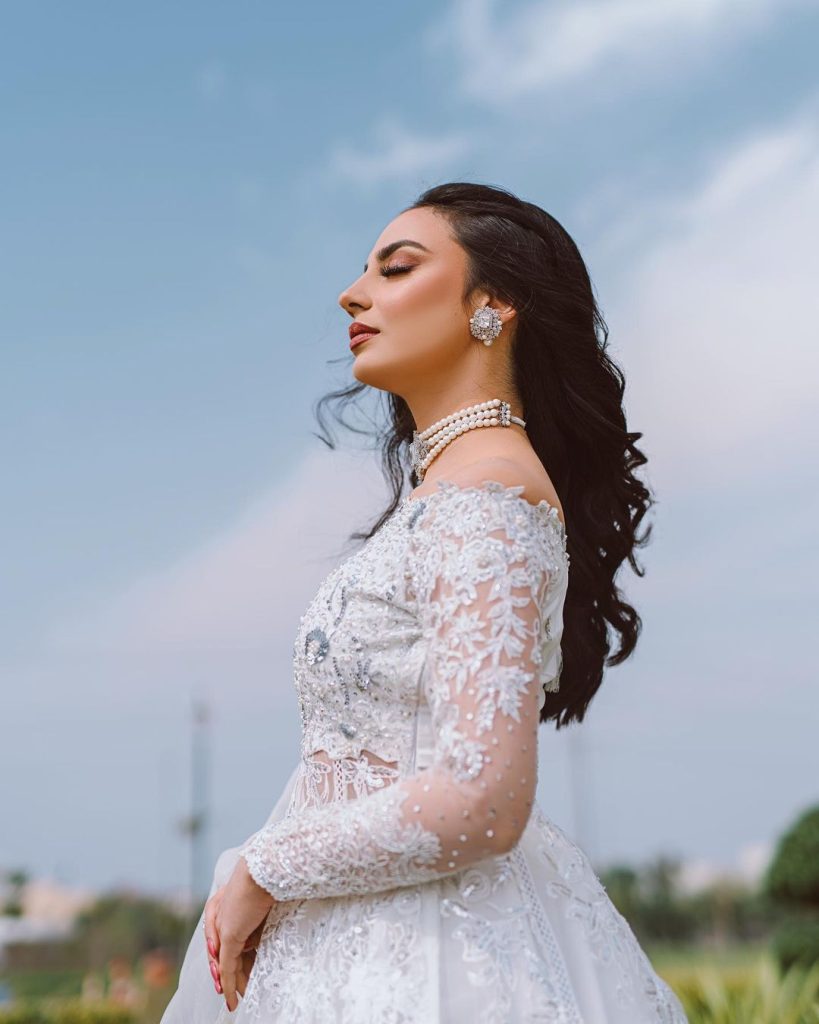 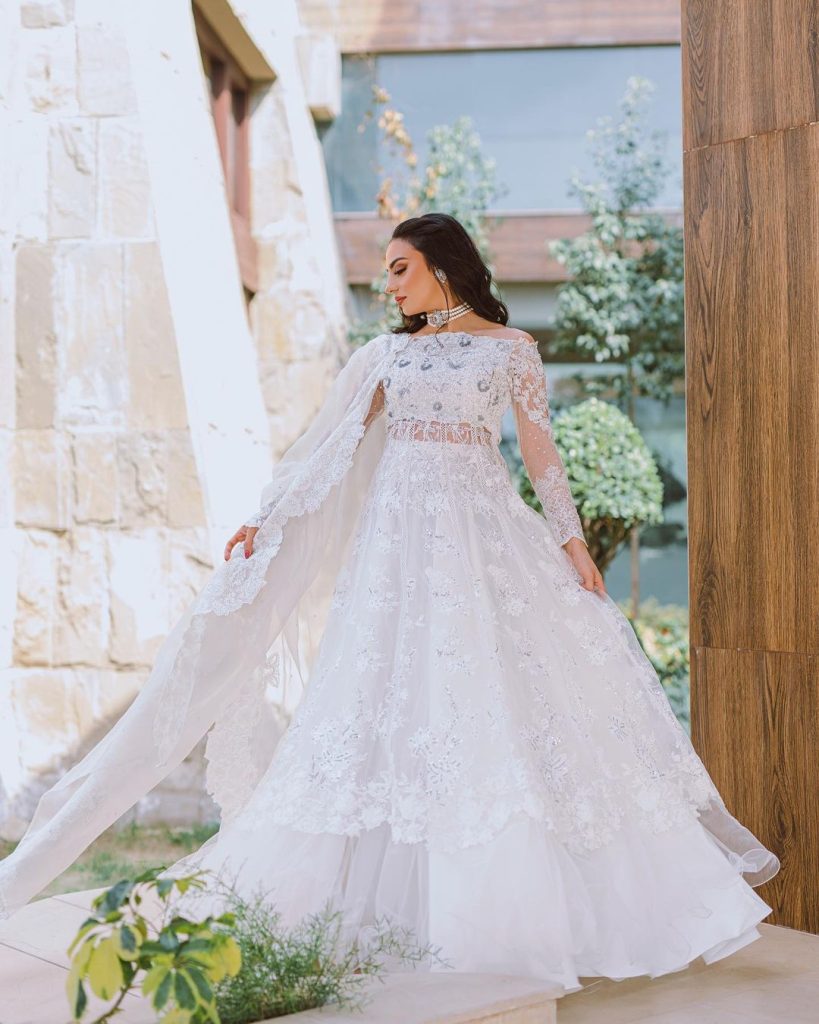 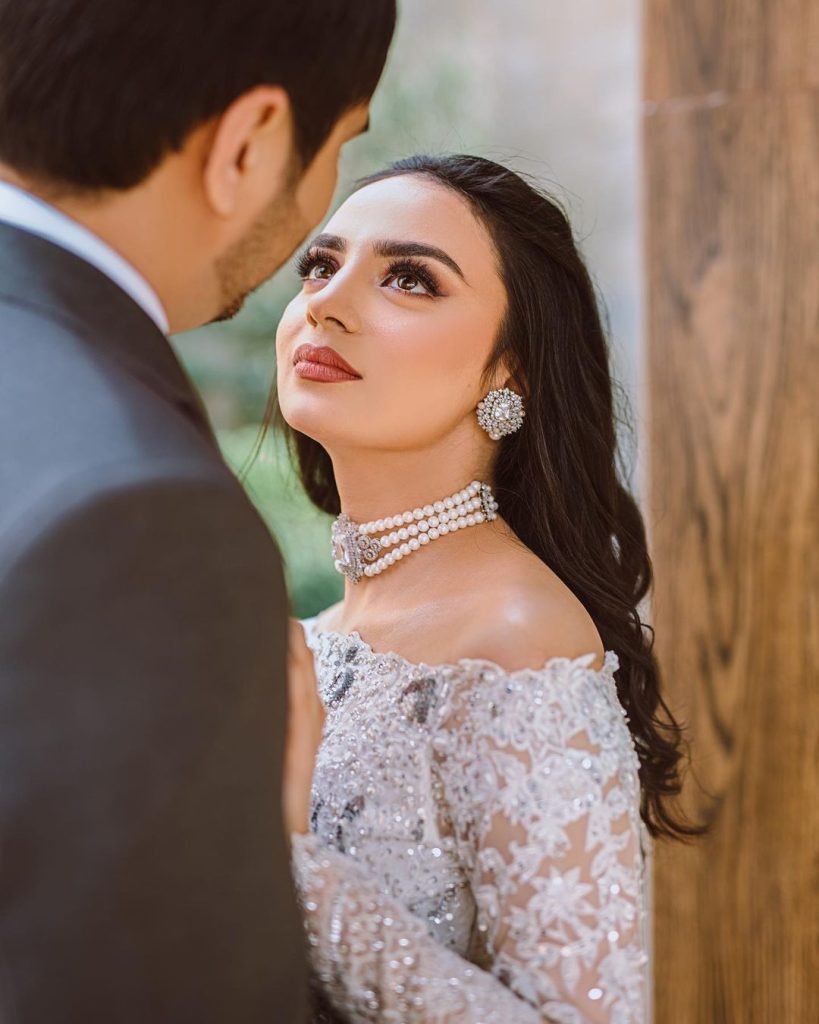 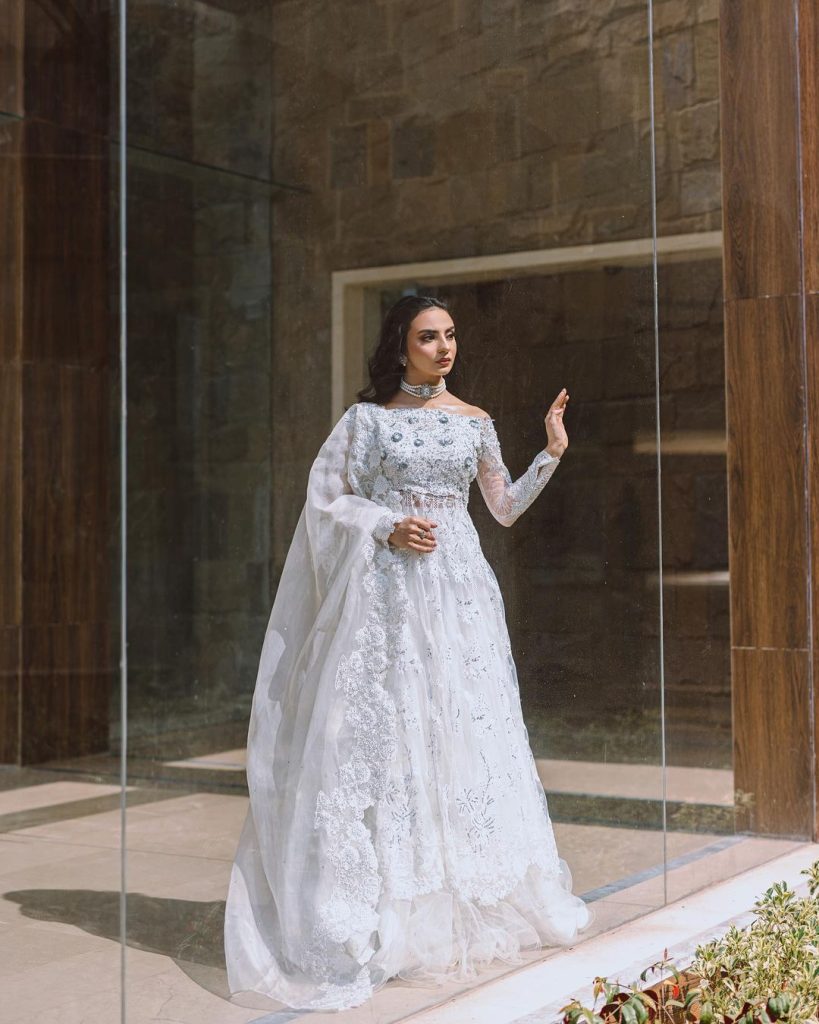 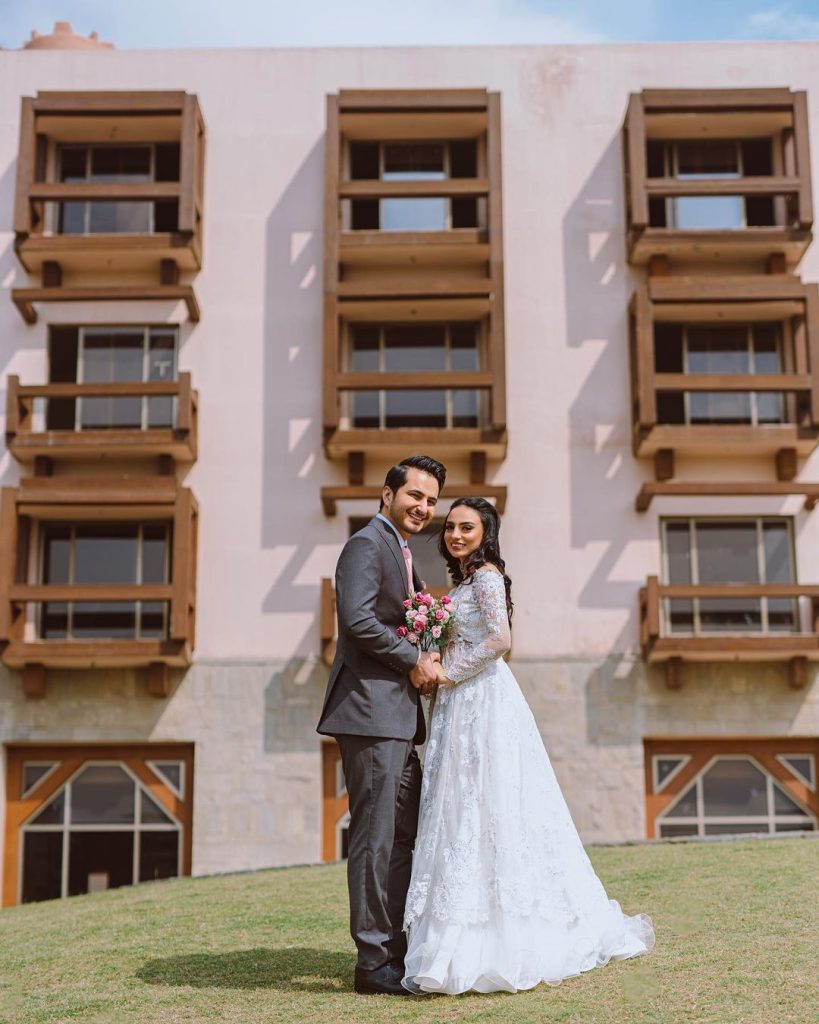 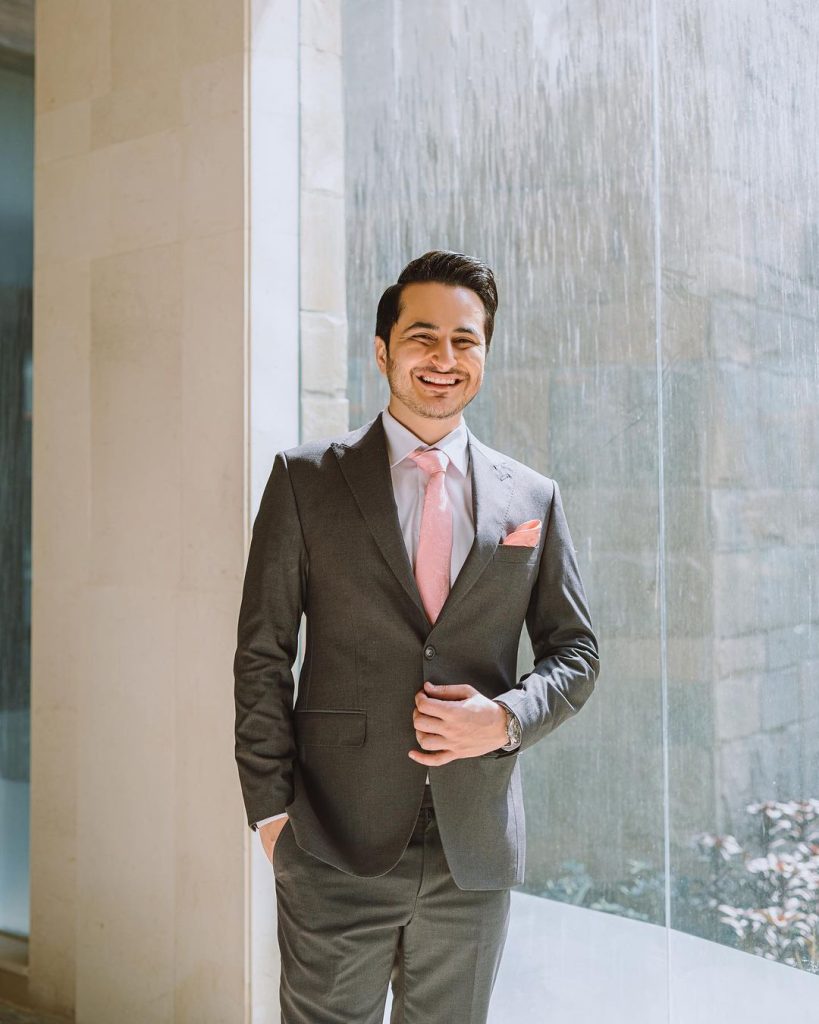 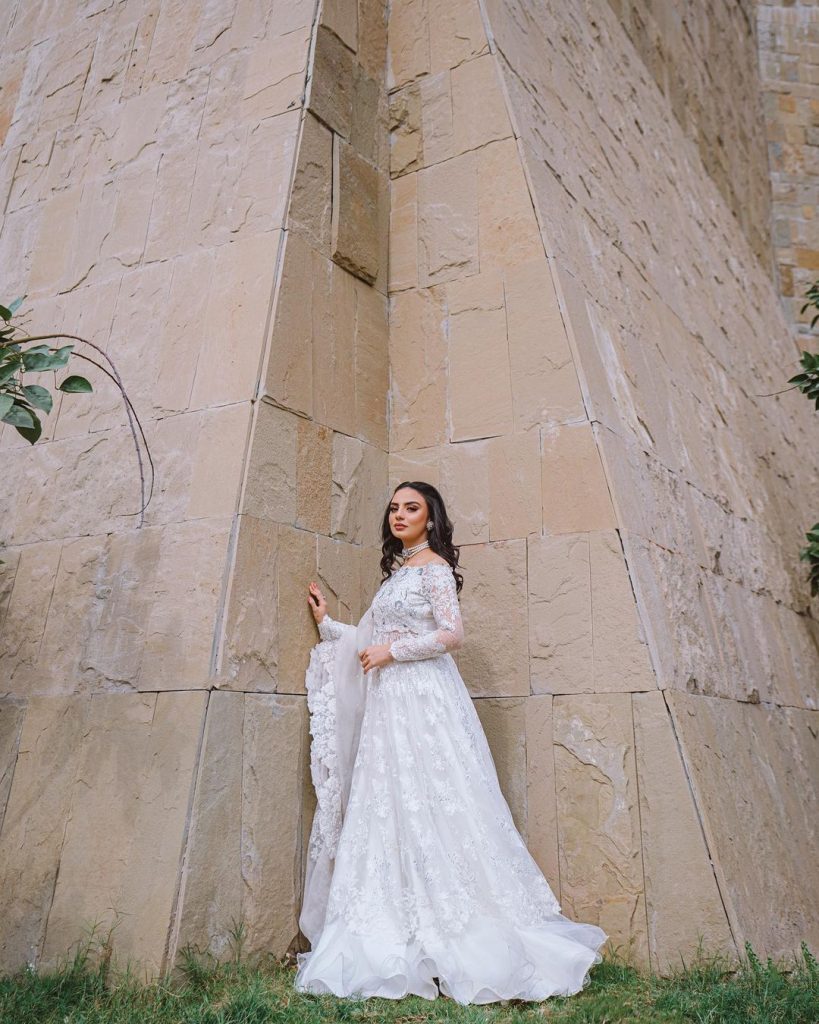 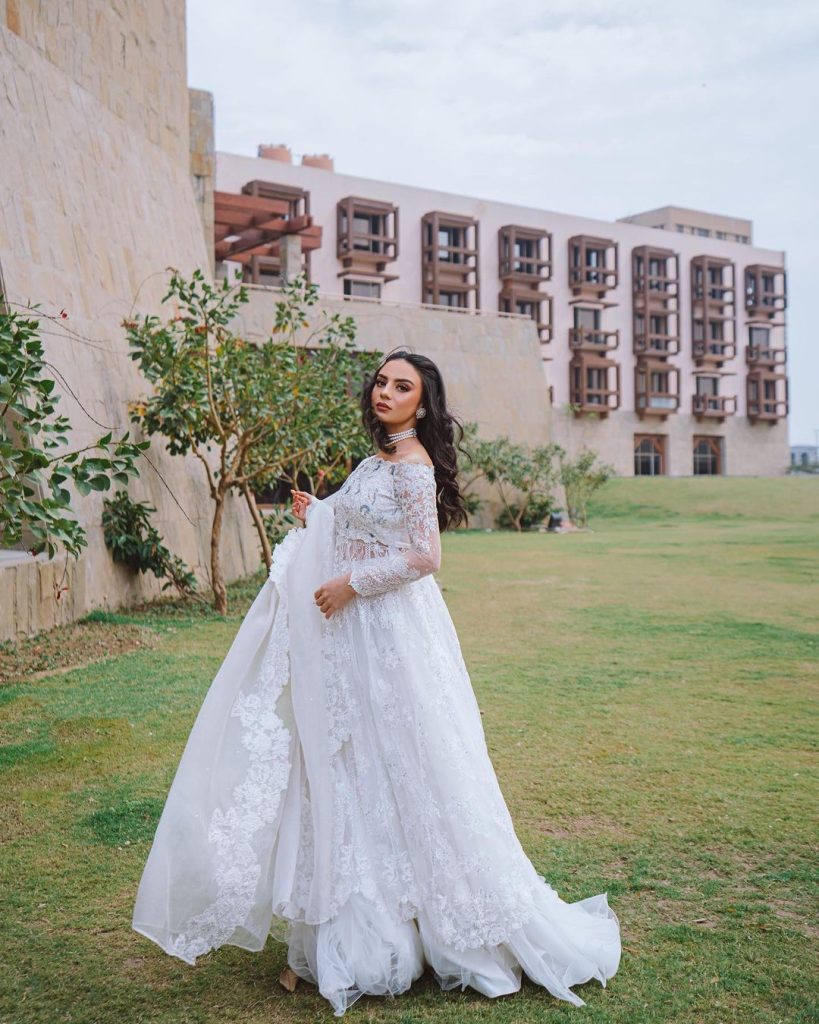 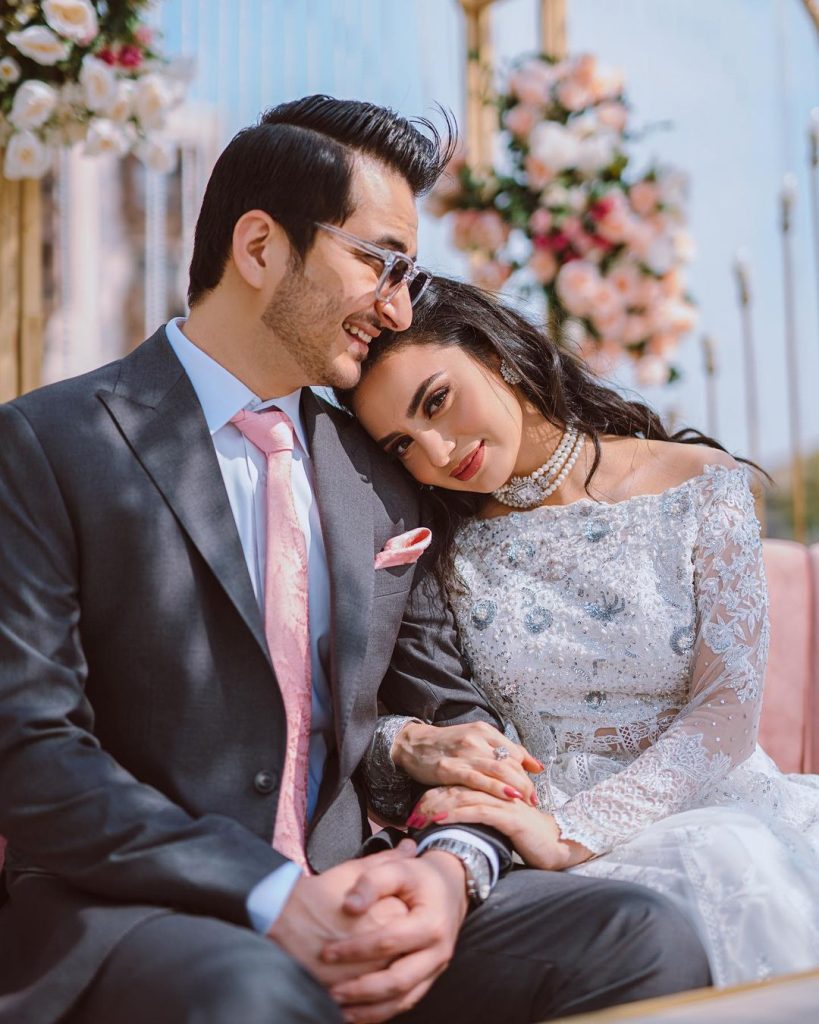