Actress Mehar Bano Reveals How Husband Loves And Cares For Her

Many new faces have entered in the entertainment industry in the past few years and actress Mehar Bano is one of them. She has done a few projects but people remember her from the blockbuster Mere Paas Tum Ho where she played Mehwish aka Ayeza Khan’s friend. Mehar Bano is one outspoken individual. She is bold and opinionated and never holds back from calling out some one if she thinks it is necessary. Mehar Bano is also a writer and film maker who started out mainstream work in acting. 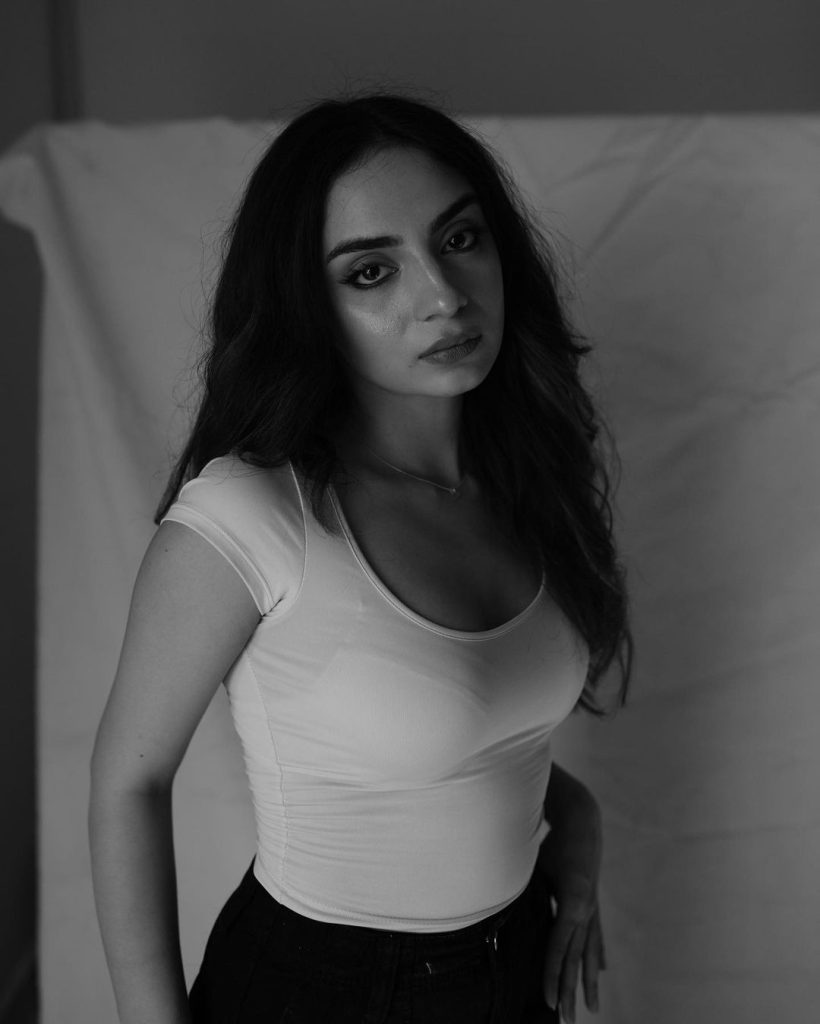 The actress just embarked on a new journey of her life as she got married. Mehar Bano was one beautiful and super happy bride and she looked gorgeous in every frame of her wedding pictures. Mehar Bano shared some beautiful pictures with her husband and she also had a very sweet message for him. 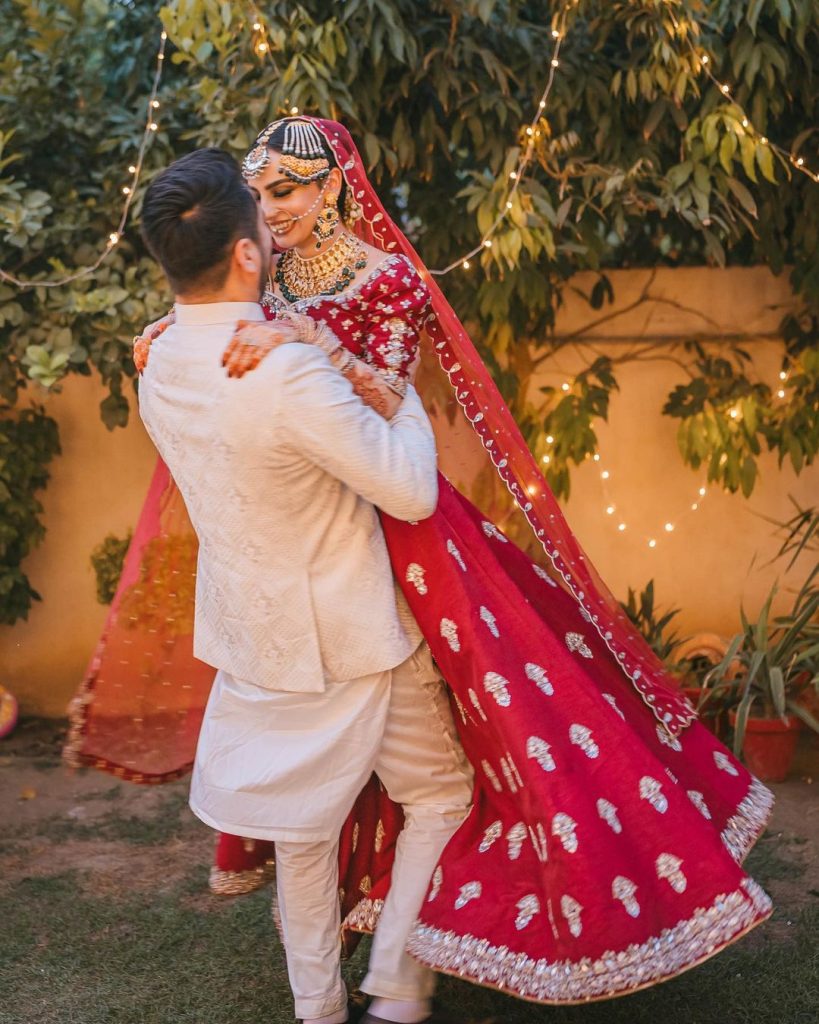 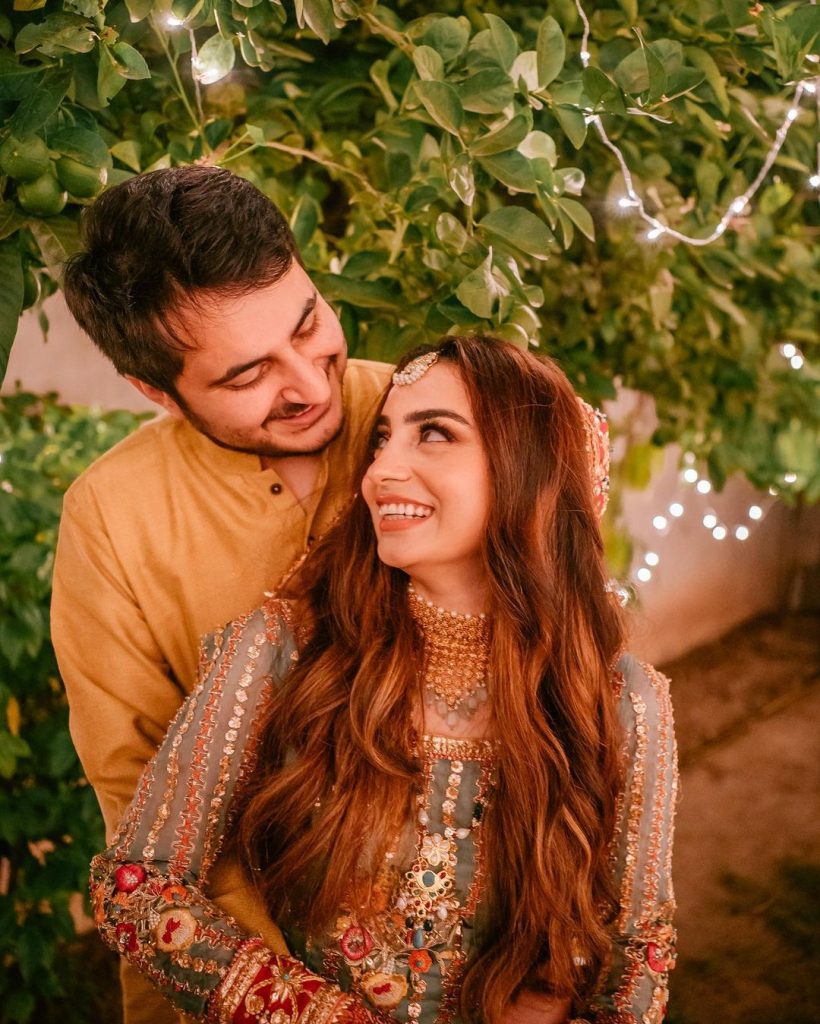 Mehar Bano shared that she has found her soul mate who cooks for her, gives her foot rubs and cheers her up when she is sad. Mehar Bano also advised not to settle for less. 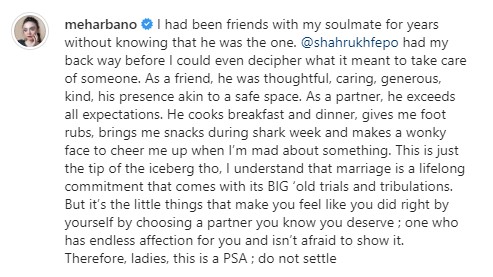 Netizens reacted to Mehar Bano’s revelations and some single people definitely want the same in their lives. Here is what the internet had to say: 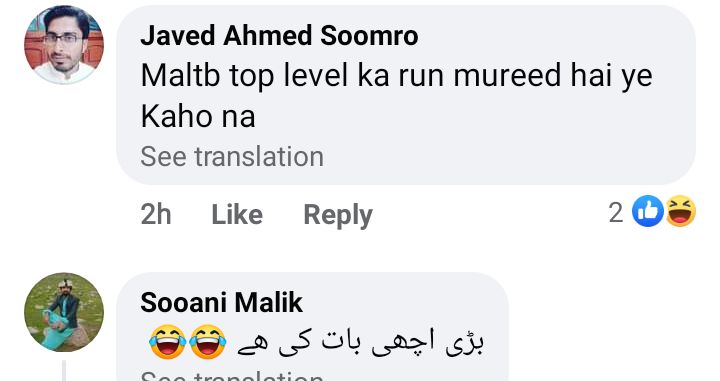