Sanam Chaudhry was a brilliant Pakistani television actor who left her career at its peak. She was already doing many serials as lead when she decided to marry and quit showbiz. Sanam Chaudhry got married to Somee Chauhan. She left showbiz as well. Sanam Chaudhry is mother of a son. Sanam Chaudhry is now a practicing Muslim and she spends her time in learning Quran with translation and tafseer. 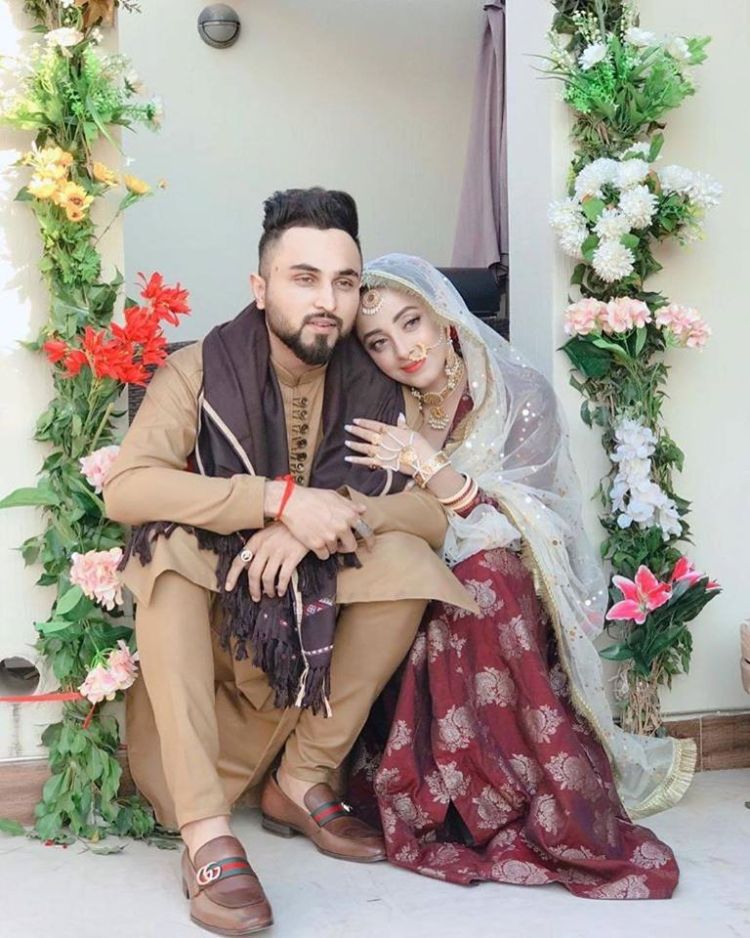 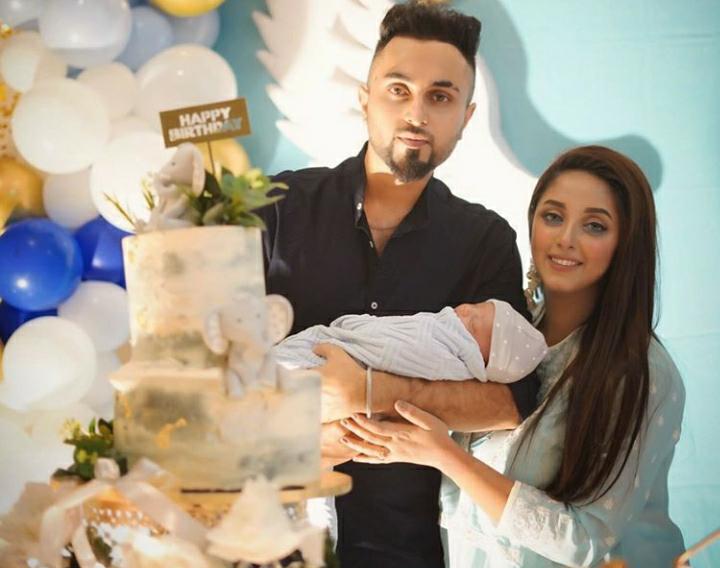 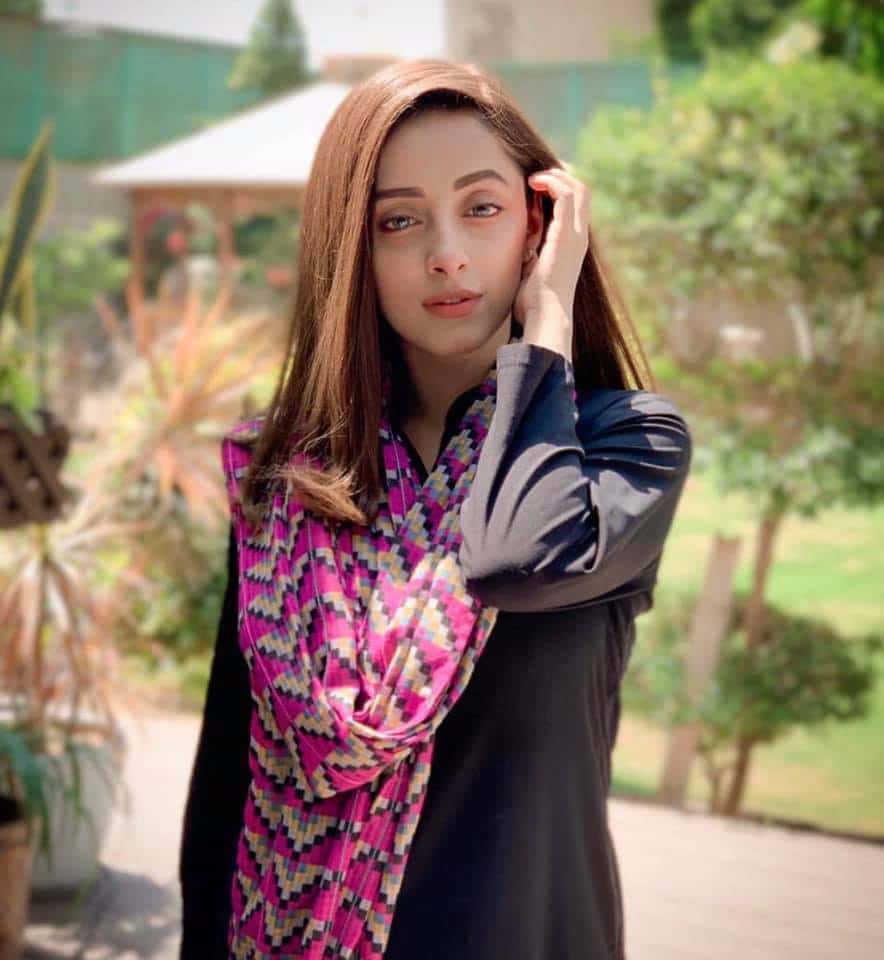 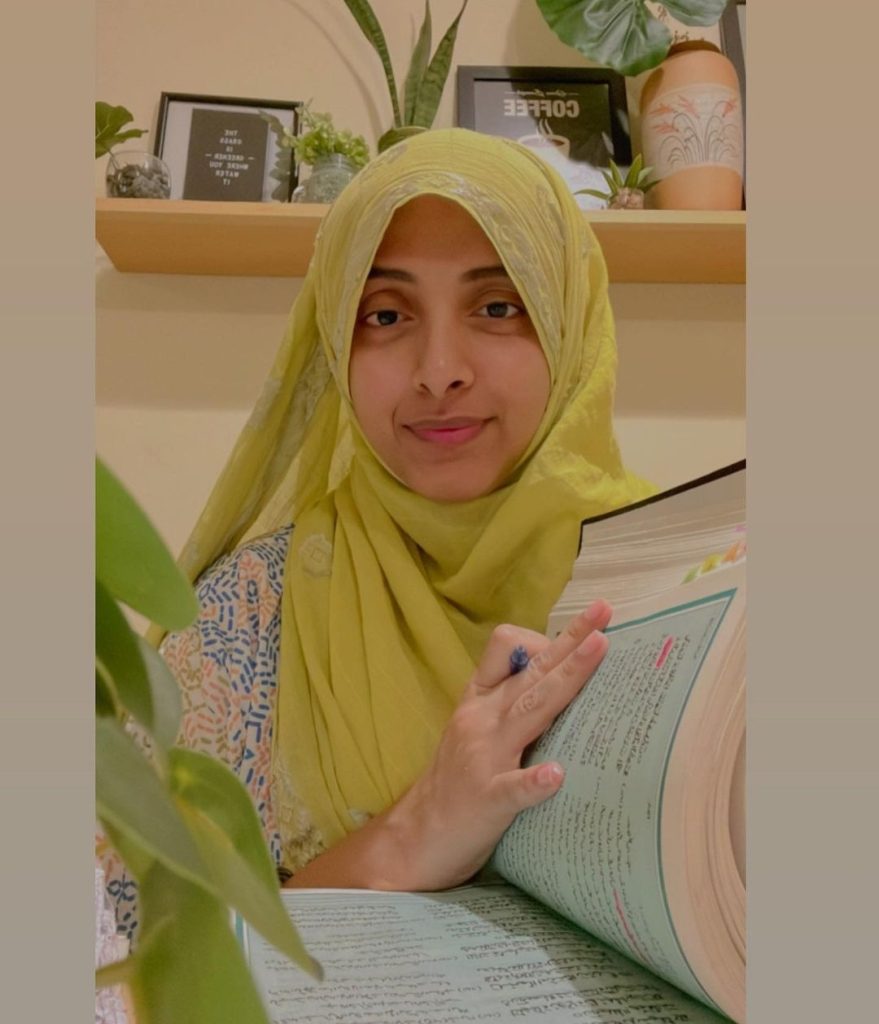 Today, Sanam Chaudhry has posted stories on her Instagram in which she confessed that she regrets her past life. She wrote that she was doing everything which was forbidden in Islam and all the Harams and sins never bothered her at that time. She said, “everytime if I look back at my previous life, I regret my wrongdoings, being a Muslim, I was having a secular life style, what was I doing in my life, I gets teary eyed while thinking that Allah has showered his blessings upon me and made me changed, Alhamdulillah” . Here are her stories: 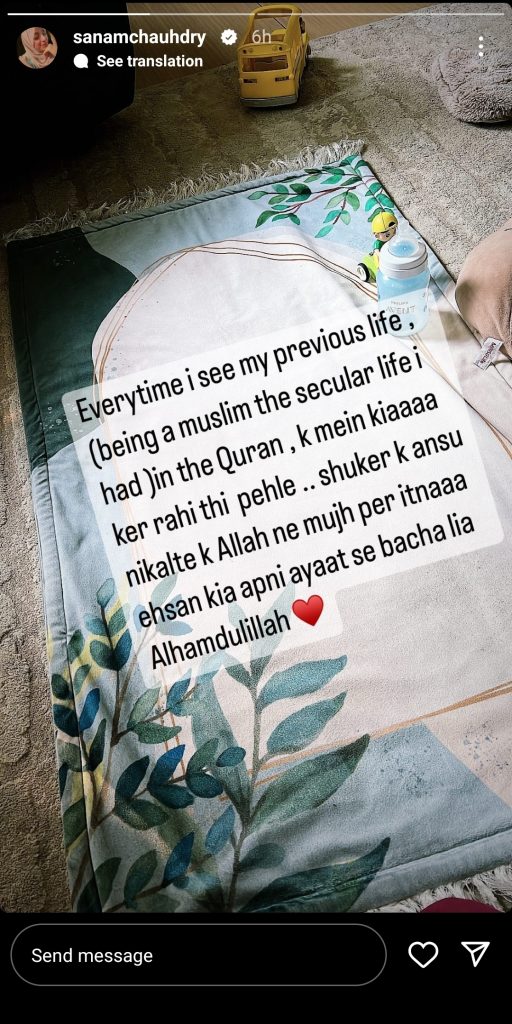 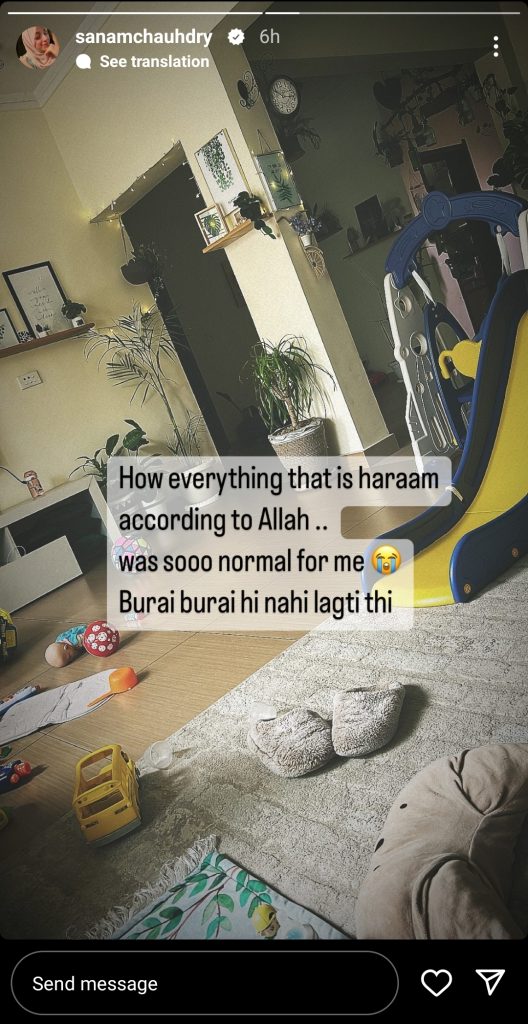