I must say that watching both these shows was a great experience. Both the award shows were grand, very well organized, superbly edited and definitely very promising. Since both these awards went on air at the same time so I couldn’t help but draw a comparison between the two. This article is being written with a very positive mindset because I would not want to undermine the tremendous effort that clearly went into organizing these functions. It was absolutely delightful to watch all our favorite stars from past and present sharing the screen on both these platforms.

Here is what I thought about both these shows.

Both the stages were beautifully decorated but I must say that in my opinion the stage of HUM TV awards was a clear winner. It was huge and lighted perfectly. It had a modern outlook which appealed to me. The way the titles of the plays, songs etc that won the awards were shown in the background was very creative. 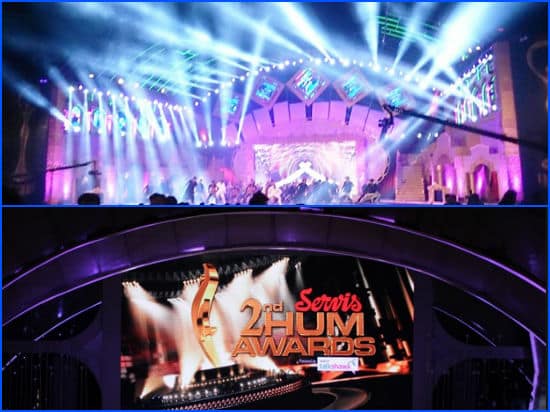 The Hosts And The Script

AFA had a much more serious feel to it because of the way the show was hosted and scripted. The organizers meant business and appeared to be more focused. There were light hearted jokes here and there but no one in particular was targeted in these jokes. Shaan was spontaneous and everything that he said made perfect sense. I am very sure that Shaan wasn’t targeting or belittling anyone when he said all that he did about being faithful to his country. Fahad Mustafa and Sarwat Gillani looked great together. The stars who got the awards also contributed equally seriously. AFA truly were a thorough introduction to the new wave of cinema in Pakistan – very enlightening and promising. The way the upcoming films were covered was brilliant and a moment of pride for all Pakistanis. 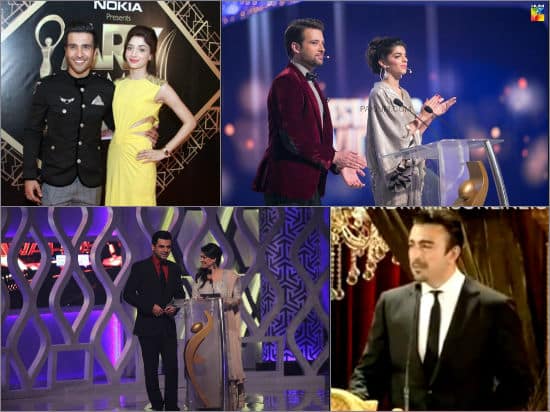 The script of the HUM awards and the way the show was hosted was completely different. It had Vasay Chaudhry written all over it. The fascination with India showed in the comedy which wasn’t needed at all. We don’t need to put India down to make ourselves feel good especially when it seems forced. Some of the jokes were hilarious but some were just plain repulsive. I definitely wanted a little more focus on our dramas and questions like whether Sonam Kapoor really is as “hot” as she appears on screen were totally uncalled for. Also, there were a few lines which actually gave a very “HUM TV” feel to the show, whereas the AFA represented the country as a whole and not the channel.

AFA red carpet was much more focused and well done too. A lot of guests were shown sharing their thoughts in a short span of time. The hosts were more energetic and the questions were short, relevant and intelligent. Anoushey’s Ashraf proved to be a huge disappointment. Her expressions made her look disinterested and bored. She asked her guests the questions and looked like she didn’t really care for the answer; as if she was too eager to move to the next guest.

When I say Nominations and awards, I mean the way in which they were presented. Firstly, I found it very confusing in AFA that most of the nominees were not even given a proper introduction before the award was handed out. Also, most guests who were giving the award away did not specify for which film it was being given. While, people are very well acquainted with dramas even if they are much bigger in number, most people need a proper introduction to the films that were being recognized and awarded. Similarly, the special awards that were given by the AFA were given without showing a proper introduction to the artist who was being given the award. Nadeem Baig was given the life time achievement award but the short clips that were shown from his movies did not do justice to this living legend.

HUM awards, on the other hand were very well organized in this respect. The nominations were shown in details. Special awards were given to Buhsra Ansari and Zia Mohiuddin and the way the overall achievements of these legends were covered in a brief video clip was very impressive. I was also very impressed by the diversity in the categories of awards in the HUM TV Awards.

Dance Performances And Selection Of Songs

The opening performance presented by the AFA was painfully long and wasn’t really connected to the overall awards in any way. HUM TV on the other hand added a nice touch to the opening performance by introducing the plays that had been nominated for the awards right in the start. The introduction to HUM TV Awards was also much more colorful and creative. 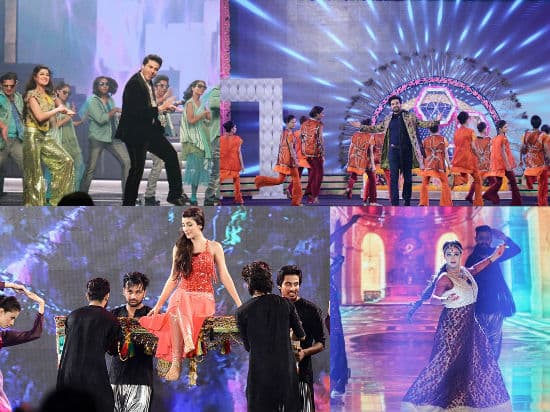 Overall, the dance performances on HUM TV awards were very well choreographed and very energetic but AFA took the lead when it came to the selection of songs and sticking to the main theme of the award show. Like I said before they stayed focused by highlighting Pakistani film songs and promoted the cinema just like we expected them to.

The Way The Sponsors Were Promoted

Like I said before, both the shows were absolutely brilliant. I would like to thank all those people who put in a great deal of effort to put these shows together.