Ushna Shah Is Getting Threats From???

According to a local newspaper “Jahan Pakistan” the news of the affair between Ushna Shah and Hamayun Saeed are pathetic publicity stunts used by A & B productions so that people will forget about what a big flop Bashar Momin has been. The newspaper reported that according to their sources Ushna and Hamayun are under massive stress because of these rumors which have been spread by A & B productions. 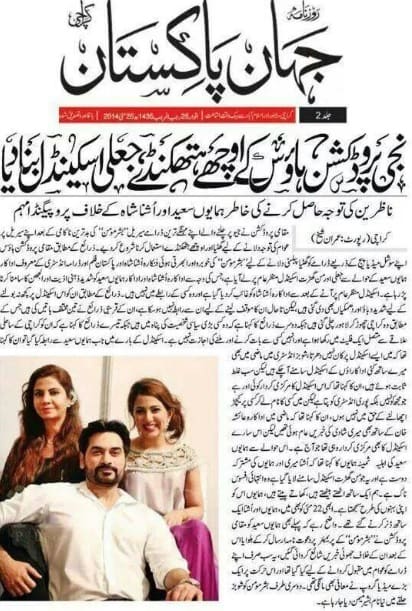 Ushna Shah may not be giving interviews to reporters but she posted on her facebook page that she could not say anything about the issue.