Something is definitely cooking as the internet has been flooded with pictures showing a case with the caption “Sajal Ahad Ki Dholki.” 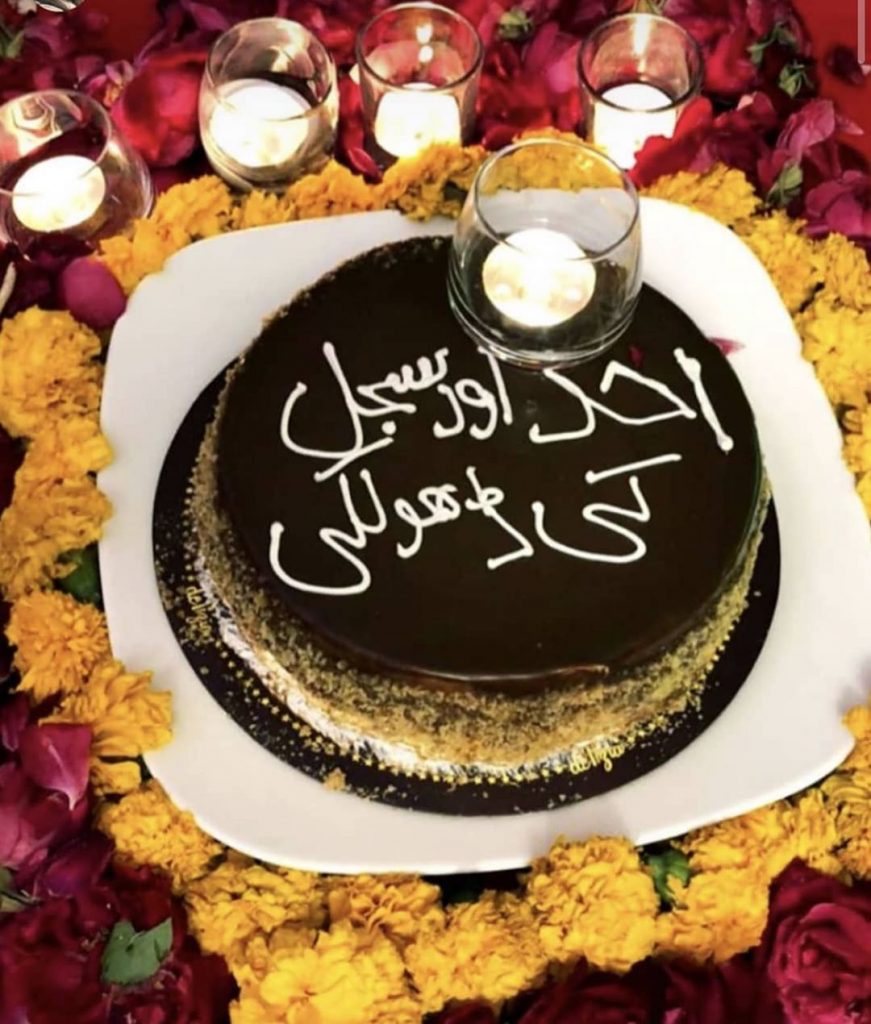 And that’s not the only picture circulating around. Aly Syed, Sajal’s brother also posted a picture of himself alongside Adnan Raza Mir and Ahad’s mother all decked up for some festive occasion. 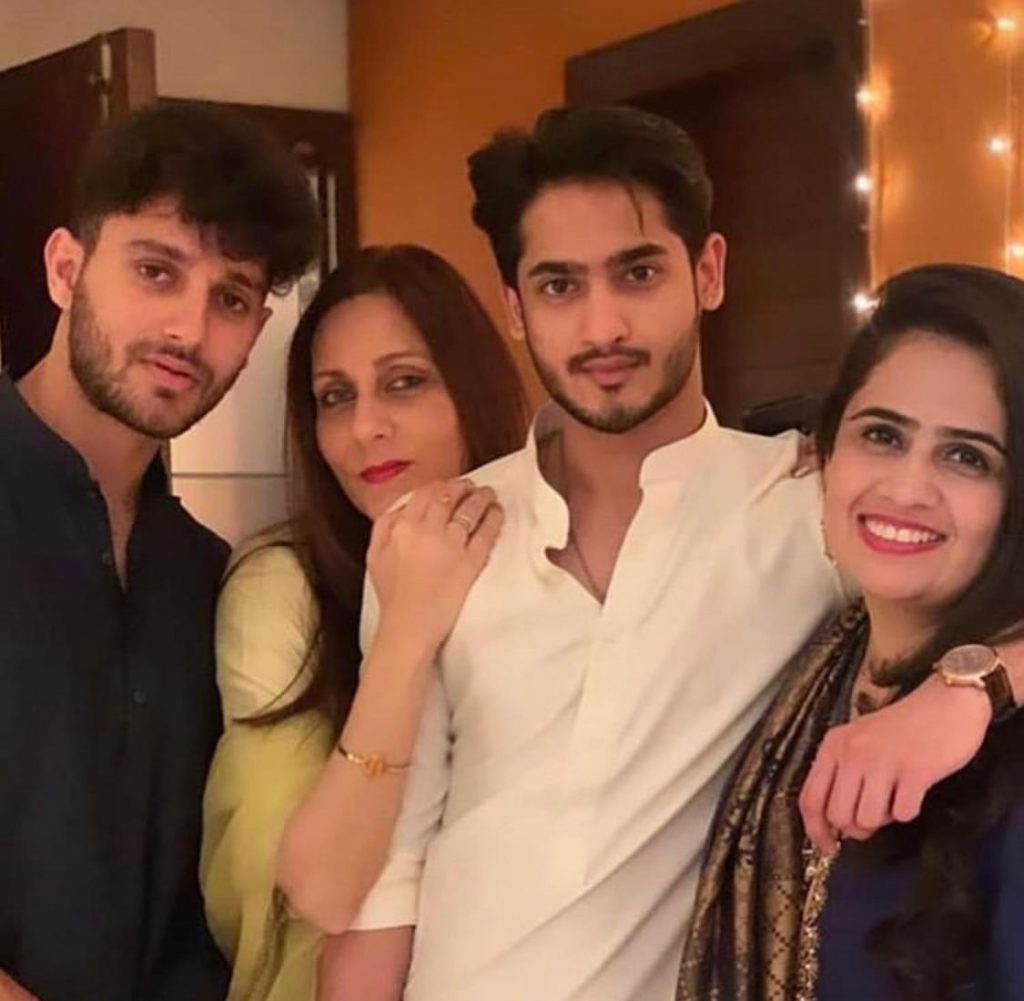 Following Instagram stories of Sajal and Ahad’s family, we saw cards, decore and flowers which gave a clear hint of some definite celebration taking place with all the family members present. 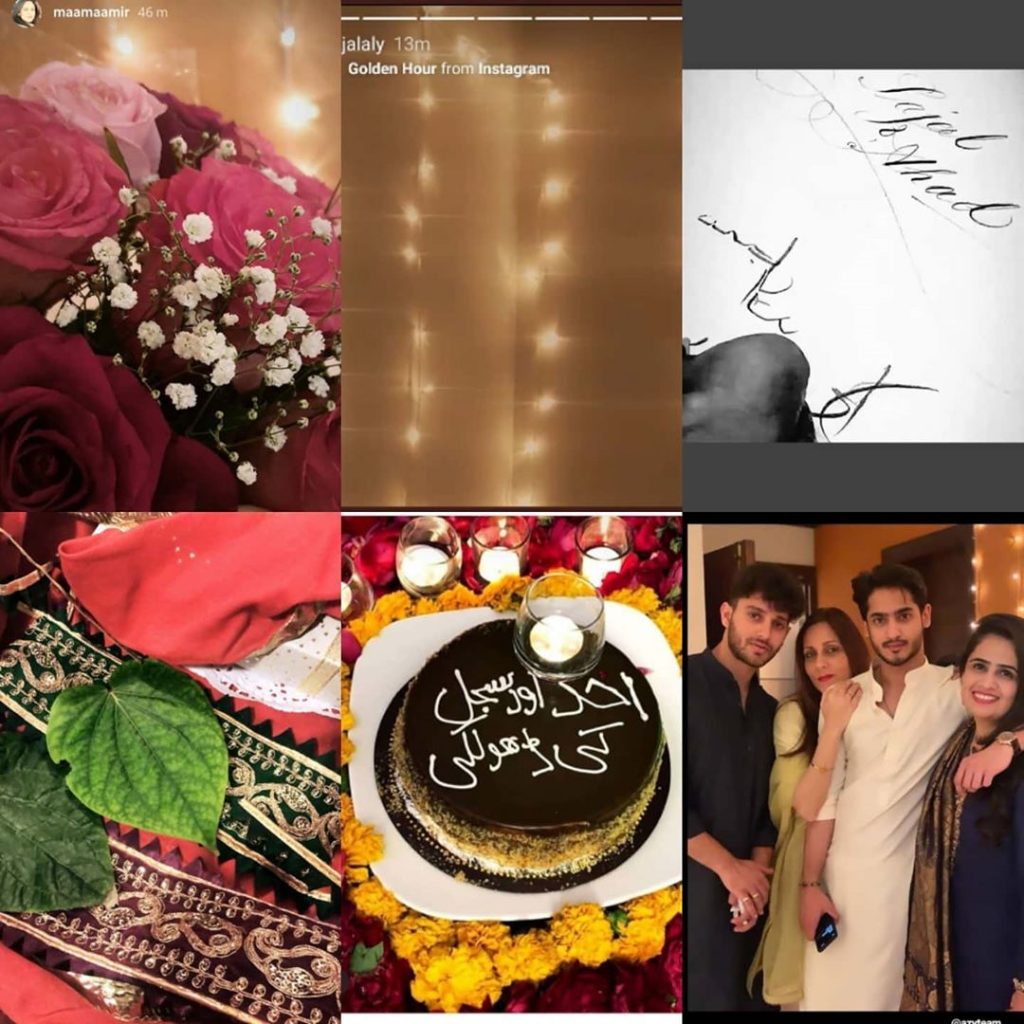 Earlier rumors were ripe that Sajal Aly and Ahad Raza Mir would be tying the knot in March. Rumors also stated that the two would have a destination wedding in Turkey. Although Ahad Raza Mir turned down the rumor mill stating they weren’t getting married in Turkey, it seems the month of March has stuck around and TV’s favorite couple is finally ready to tie the knot.

Sajal and Ahad began dating each other after their pairing in drama serial Yakeen Ka Safar was appreciated by the audience. The duo announced their engagement last summer and are currently being seen in Hum TV’s drama Yeh Dil Mera, playing a married couple.