Chupan Chupai is an upcoming 2017 Pakistani comedy-thriller film directed by Mohsin Ali. The film stars Ahsan Khan and Neelam Munir in the lead cast. It is expected to release on 29th December 2017 under the production banner of Huzu Productions.

Earlier today Hum TV released the official poster for the film and here’s what it looks like.

Check out the official poster of #ChupanChupai – A film by Mohsin Ali and Zayd Sheikh!
Ahsan Khan and Neelum Muneer are looking stunning as always! #Savethedate #29Dec #Humspotlight pic.twitter.com/pJR2UmjaVR

In an interview Ahsan Khan has told that he read three different scripts before coming across Chupan Chupai.

“I read three different scripts before coming across and committing to Chupan Chupai. I enjoyed reading the script so much that i was sure I’d enjoy making the movie,” 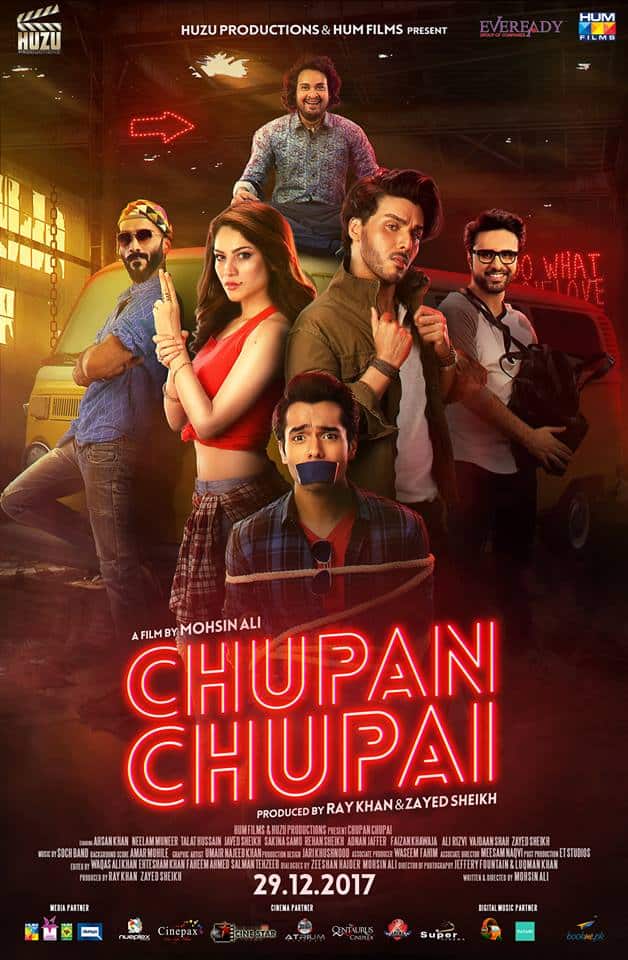 The filming of Chupan Chupai began in February 2016. The cinematographer of the film came from the United States to join the project. The film will be released this fall as the production of the studio Huzu Productions.

The poster definitely looks promising and we can not wait to be dazzled by both Ahsan Khan and Neelam Muneer this fall.