Aiman Khan and Minal Khan are two gorgeous Pakistani actresses who have a massive fan following . Aiman and Minal have performed in many hit projects. Aiman Khan’s drama Ishq Tamasha was a hit drama from Hum Television. Minal’s dramas Jalan’ and Hassad are considered to be the two hit projects aired on Ary Digital. 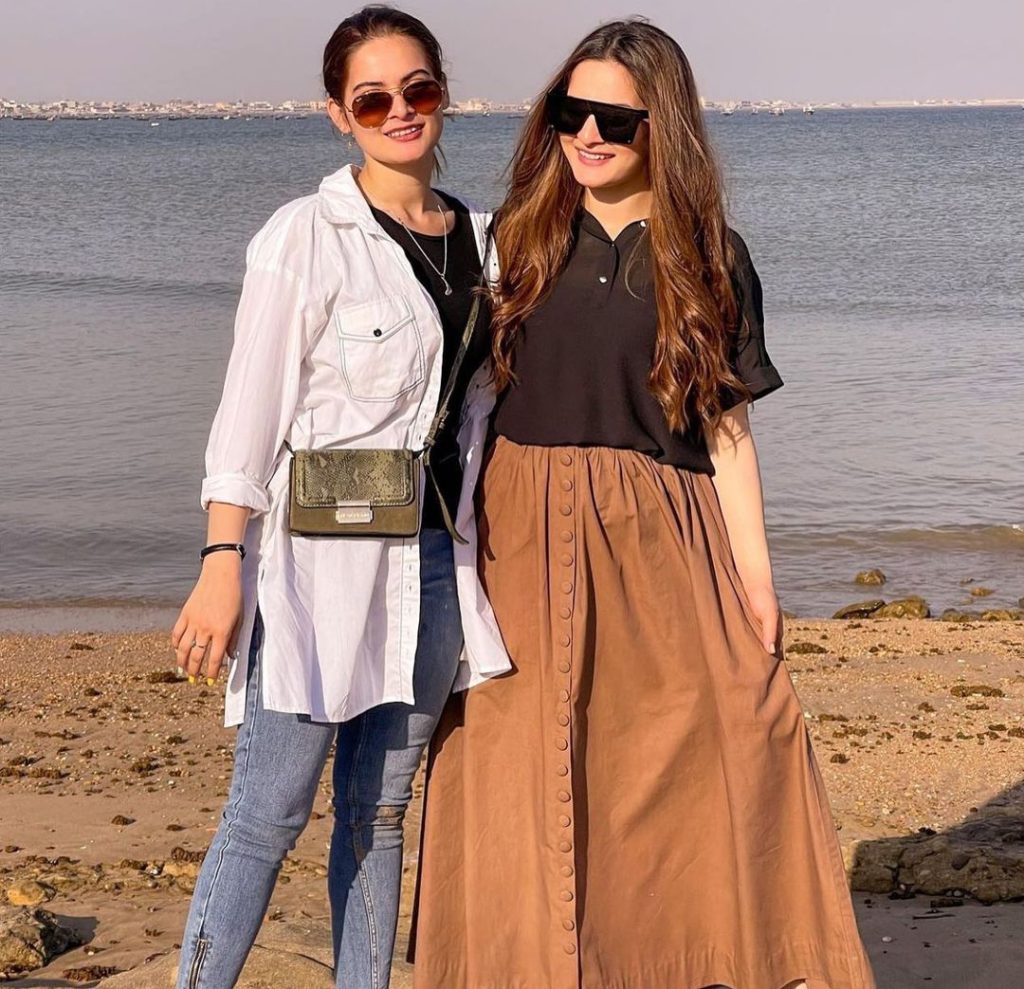 Both the sisters are extremely fun loving and and friendly and love to spend time with their adorable family. Today, Aiman Khan, Minal Khan, Muneeb Butt and Ahsan Mohsin Ikram have spent a beautiful day at French beach where they celebrated birthday of Aiman and Minal’s mother Uzma Mobeen.

The two shared adorable pictures of their mother while celebrating her birthday. The cake was extremely yummy. Amal Muneeb’s playful pictures were also shared by Aiman. Muneeb Butt also shared his pictures. Have a look at the collection! 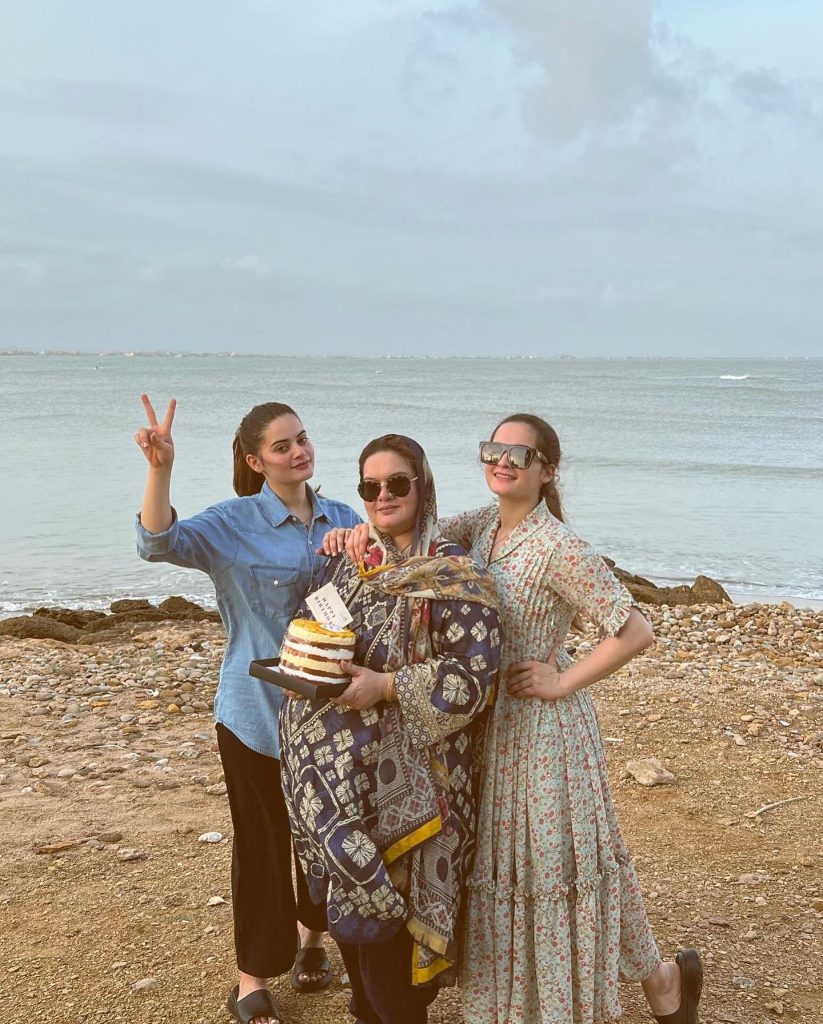 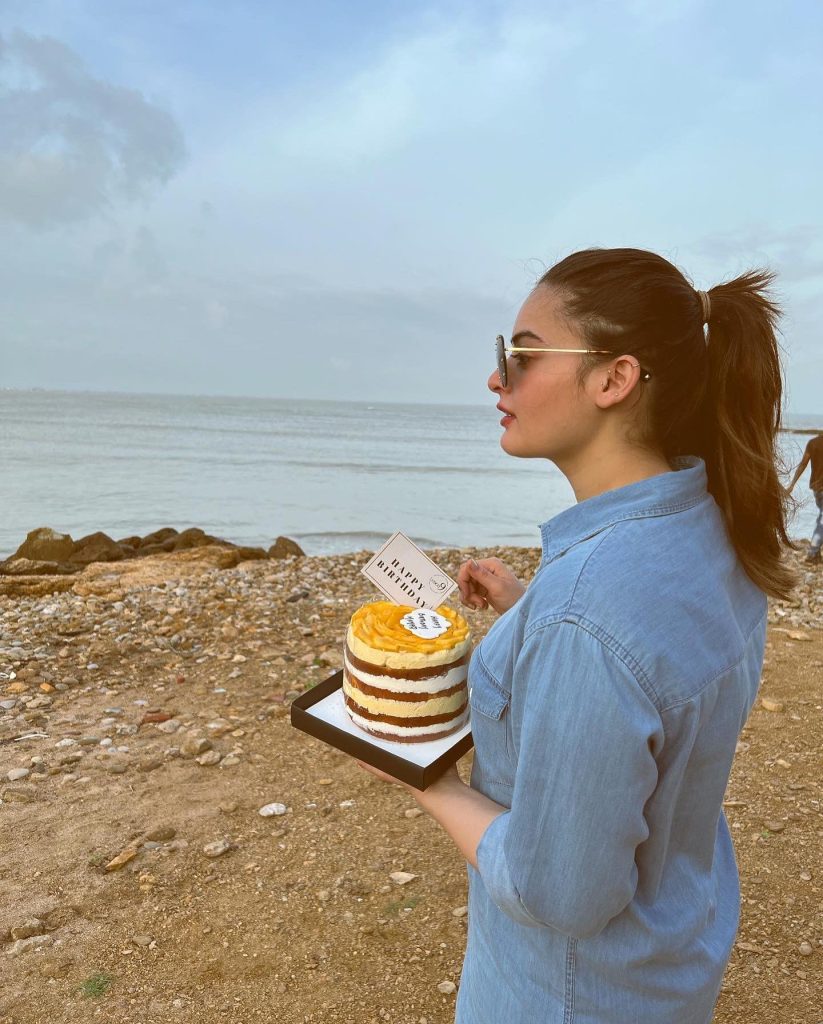 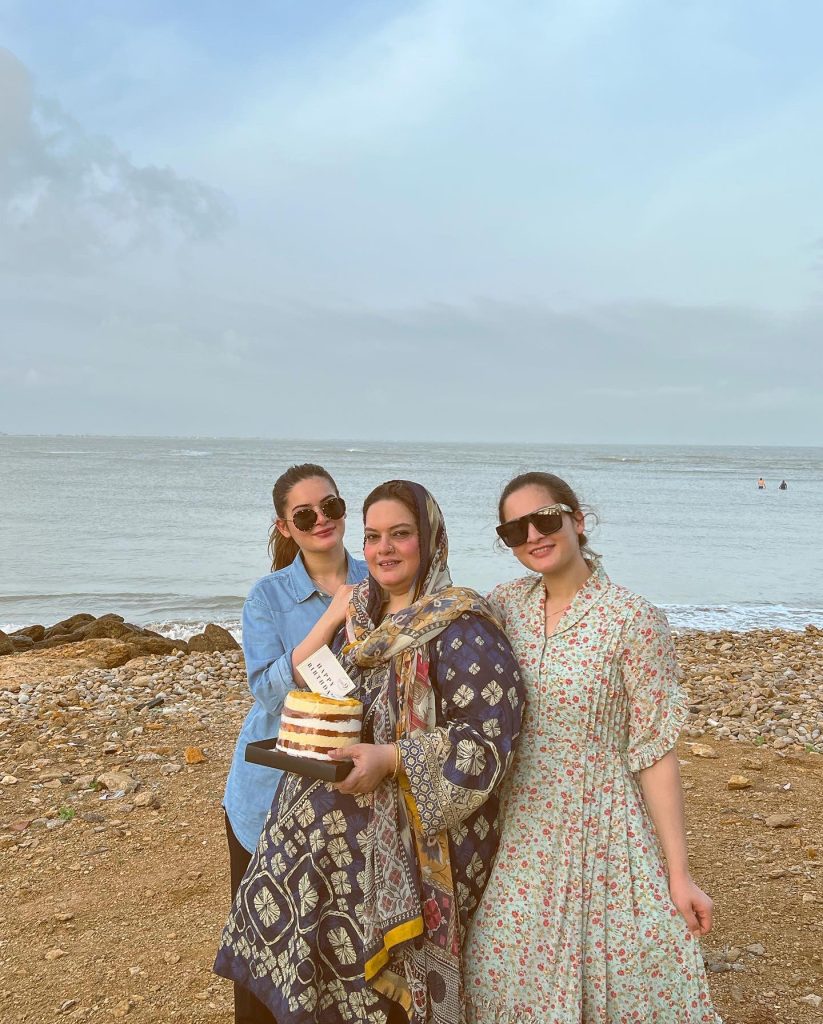 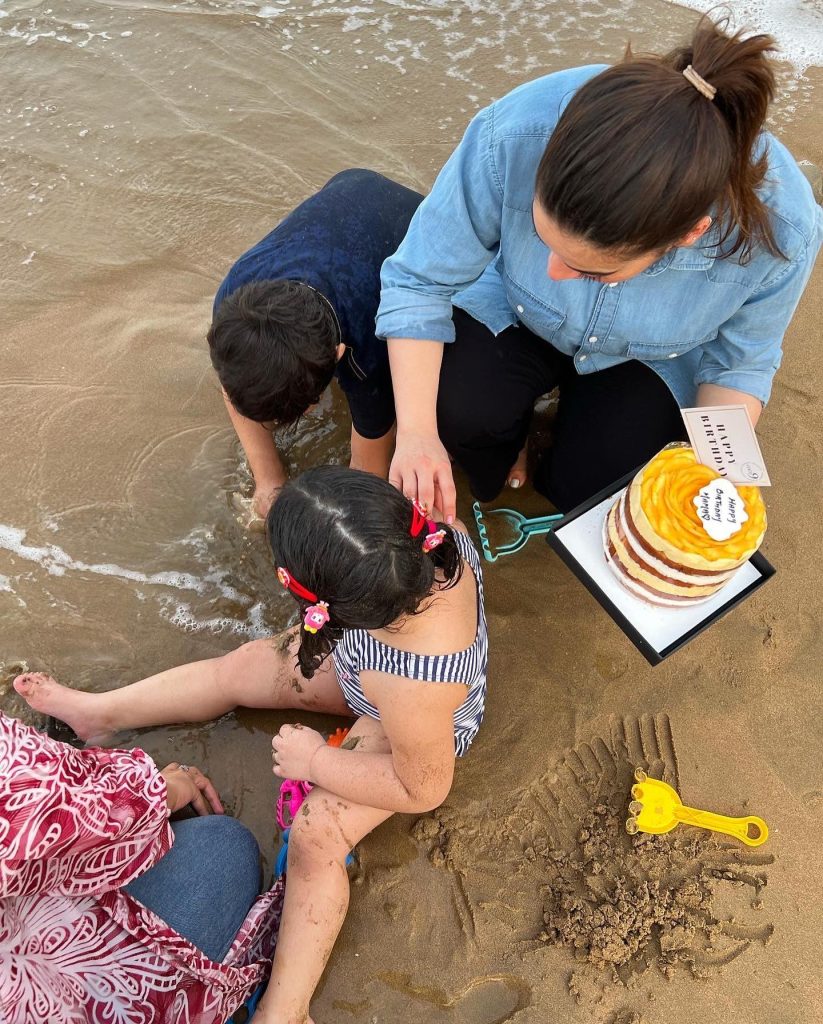 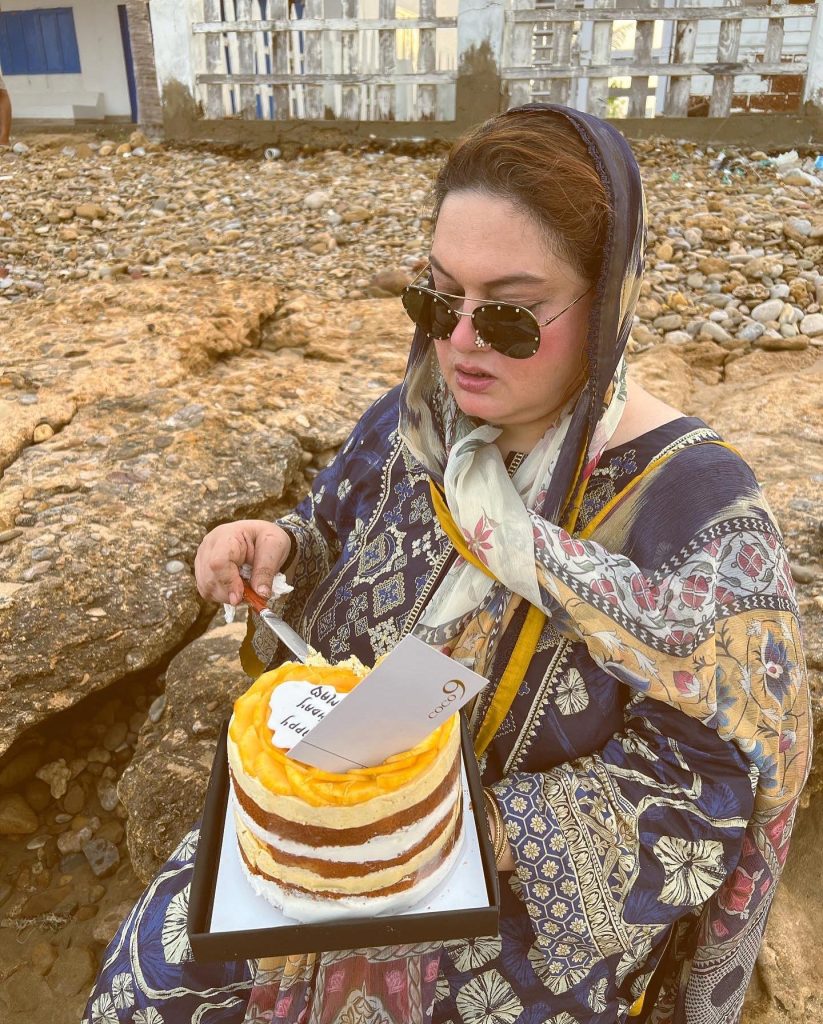 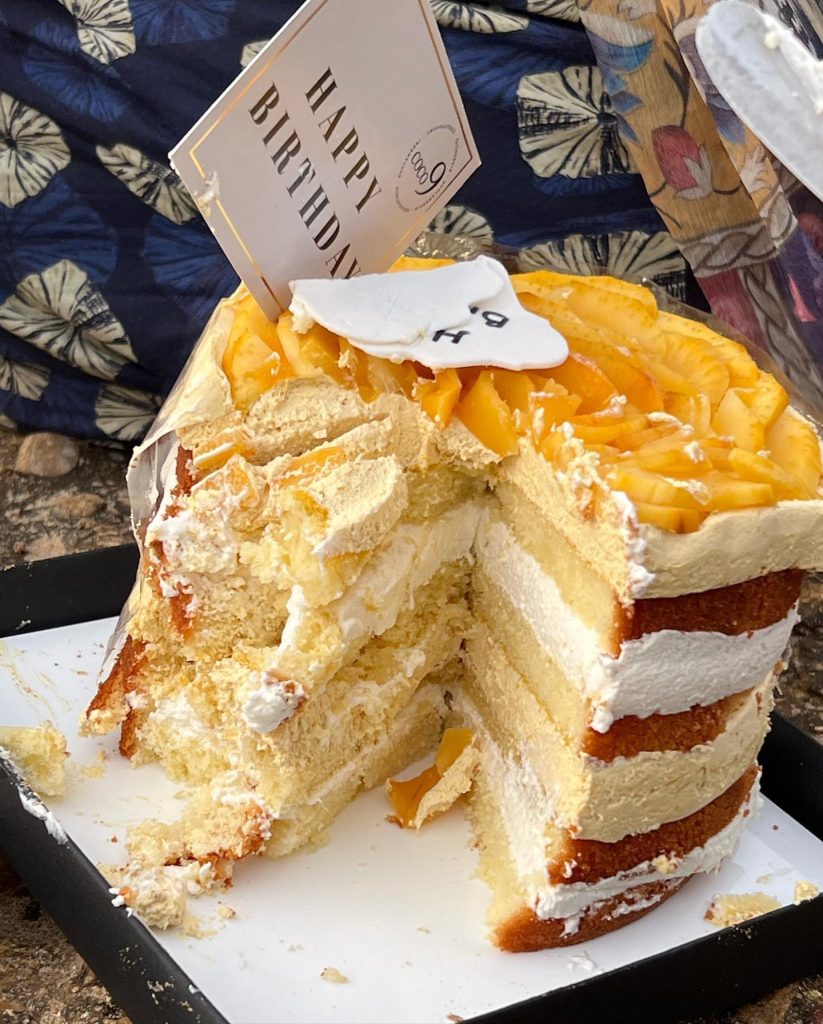 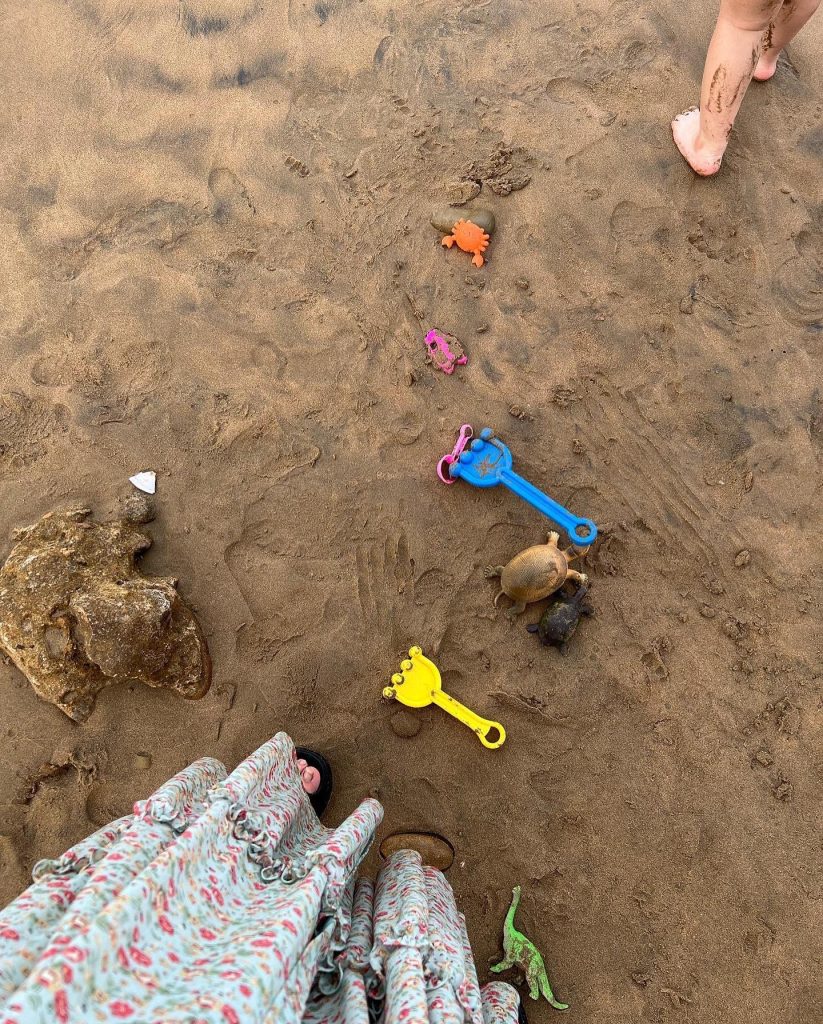 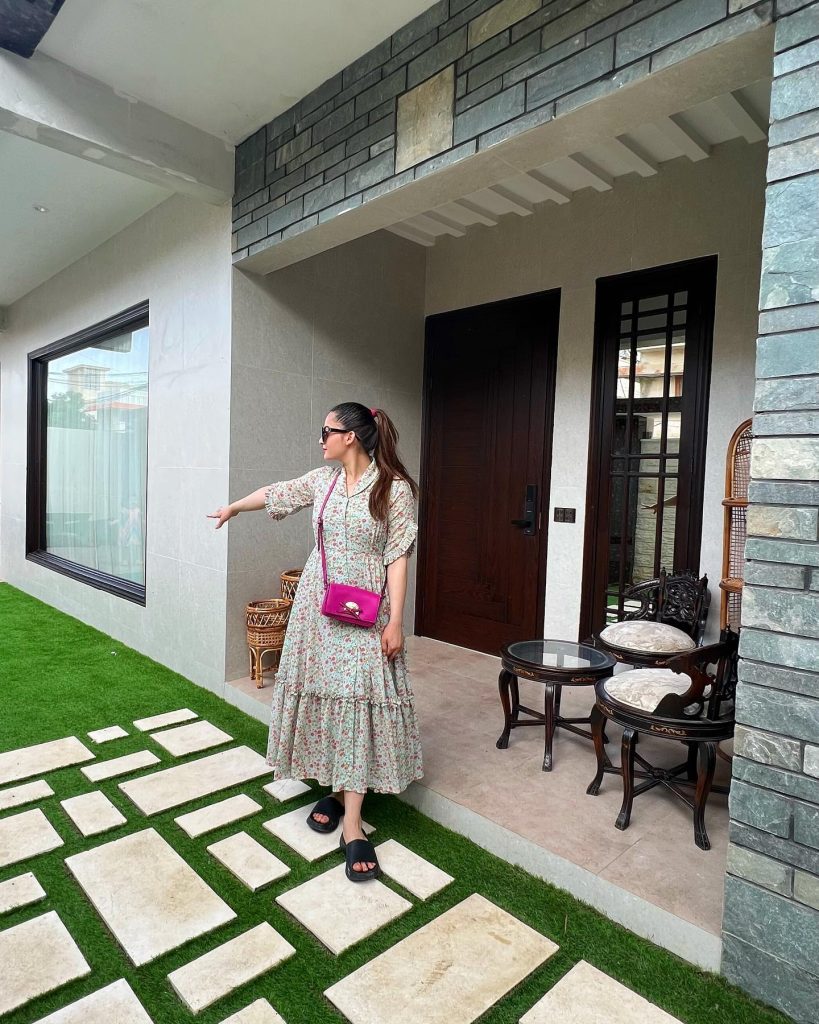 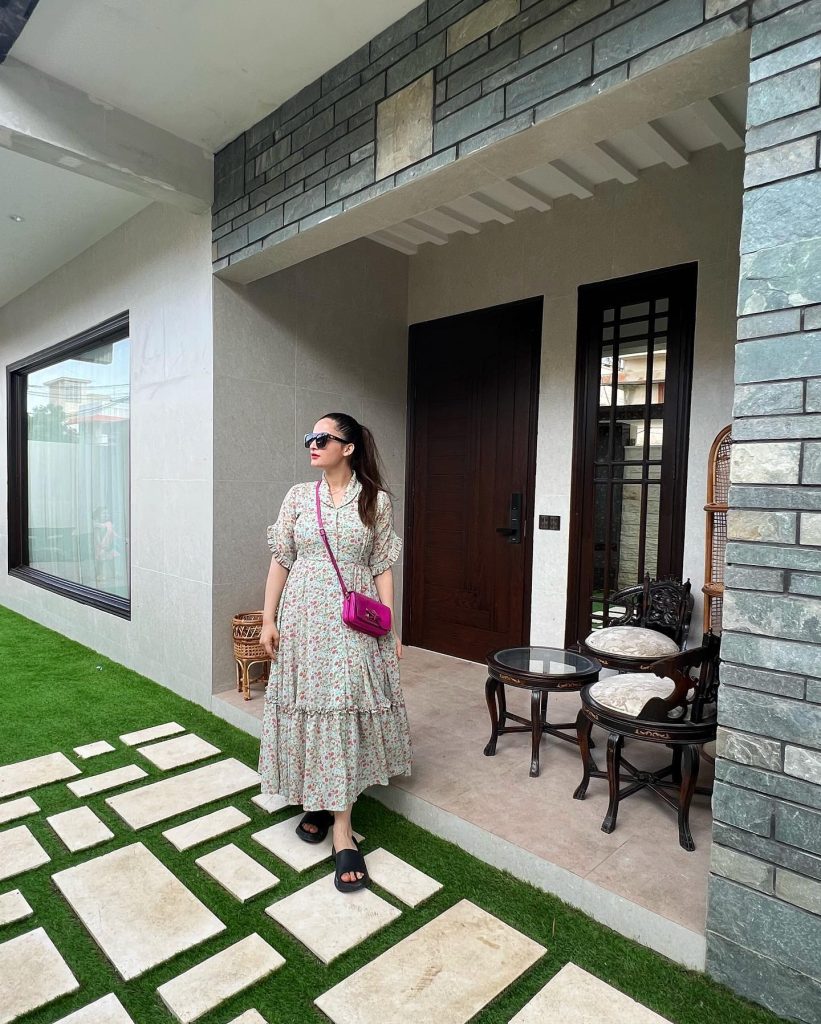 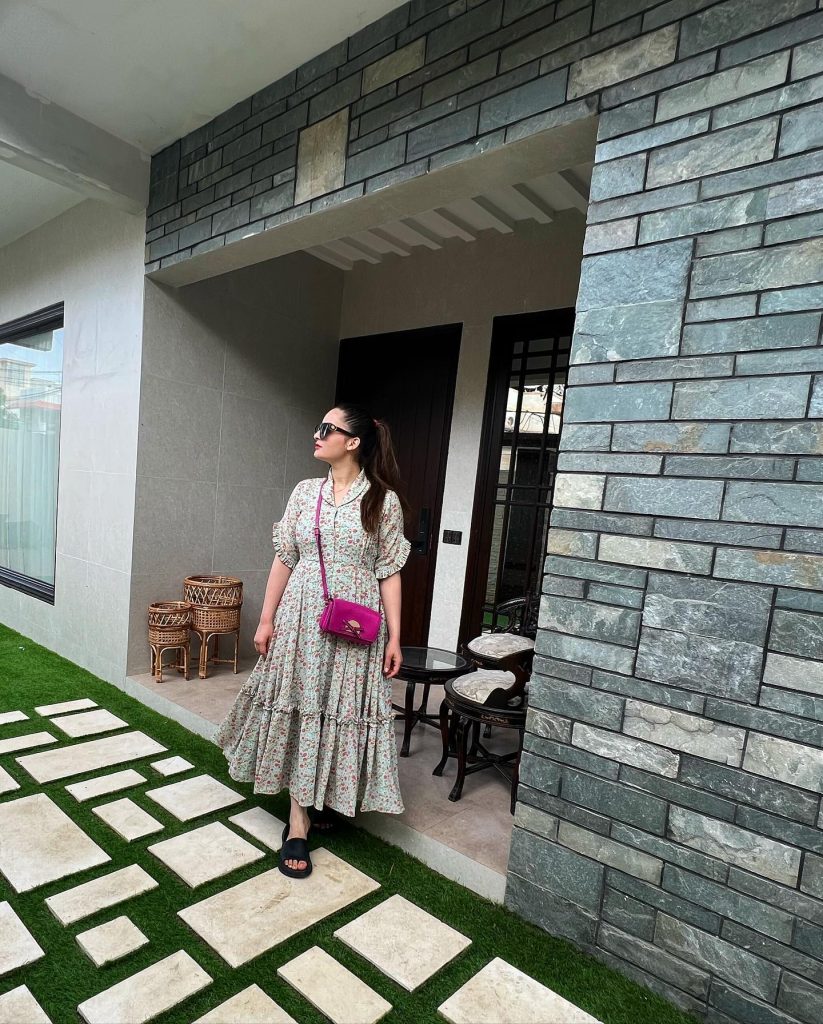 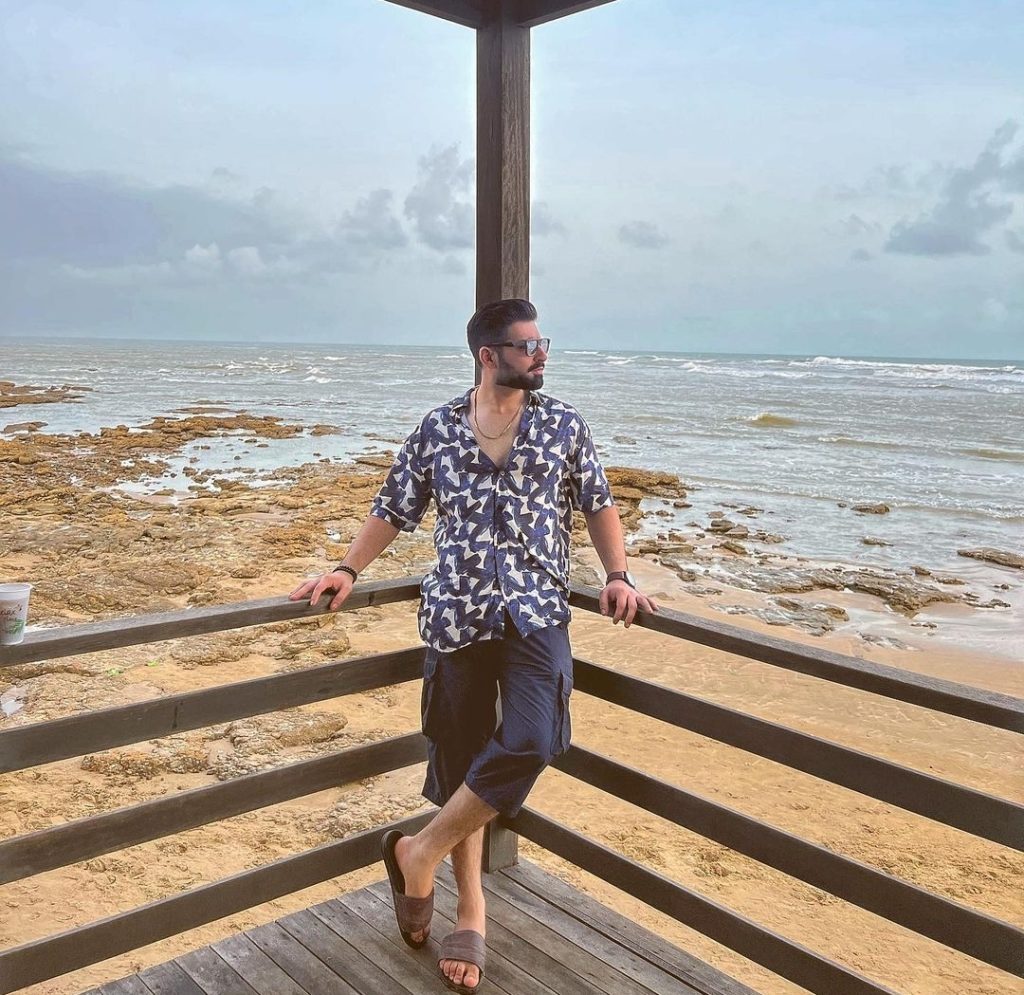 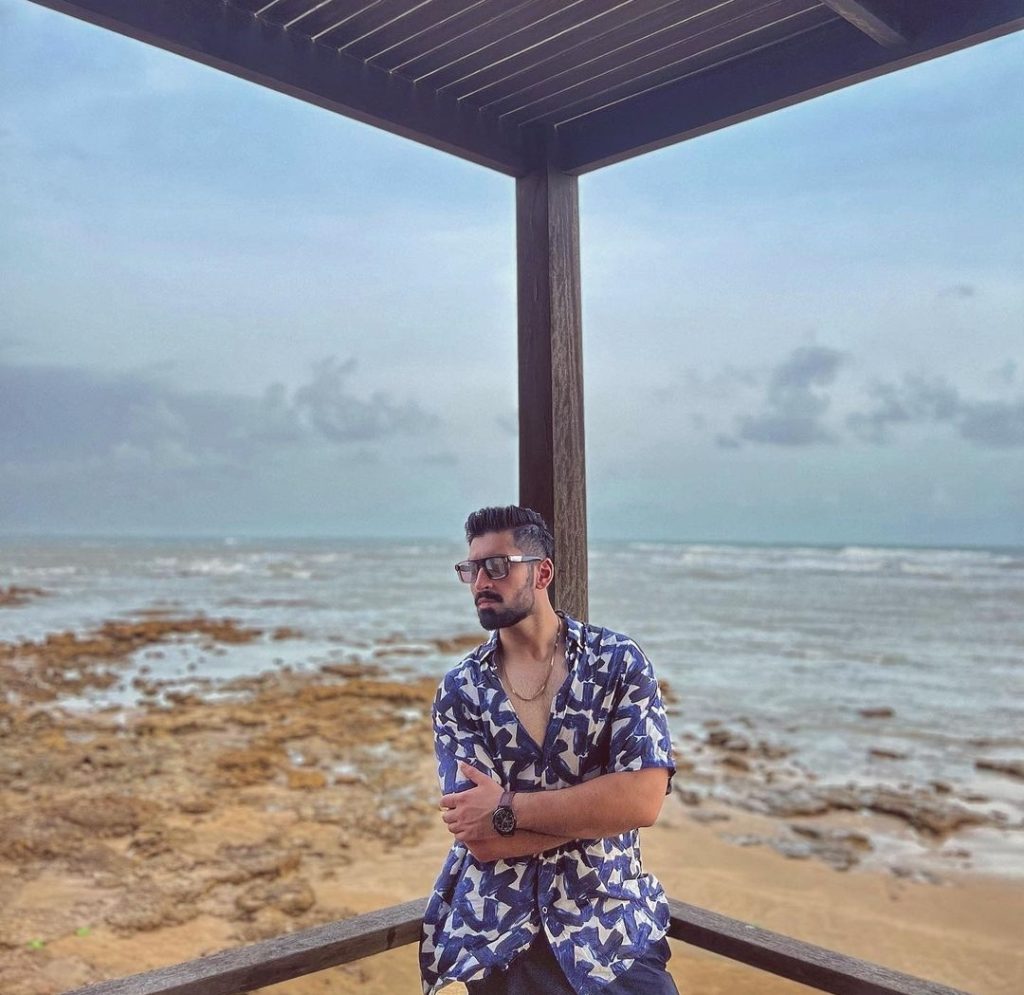 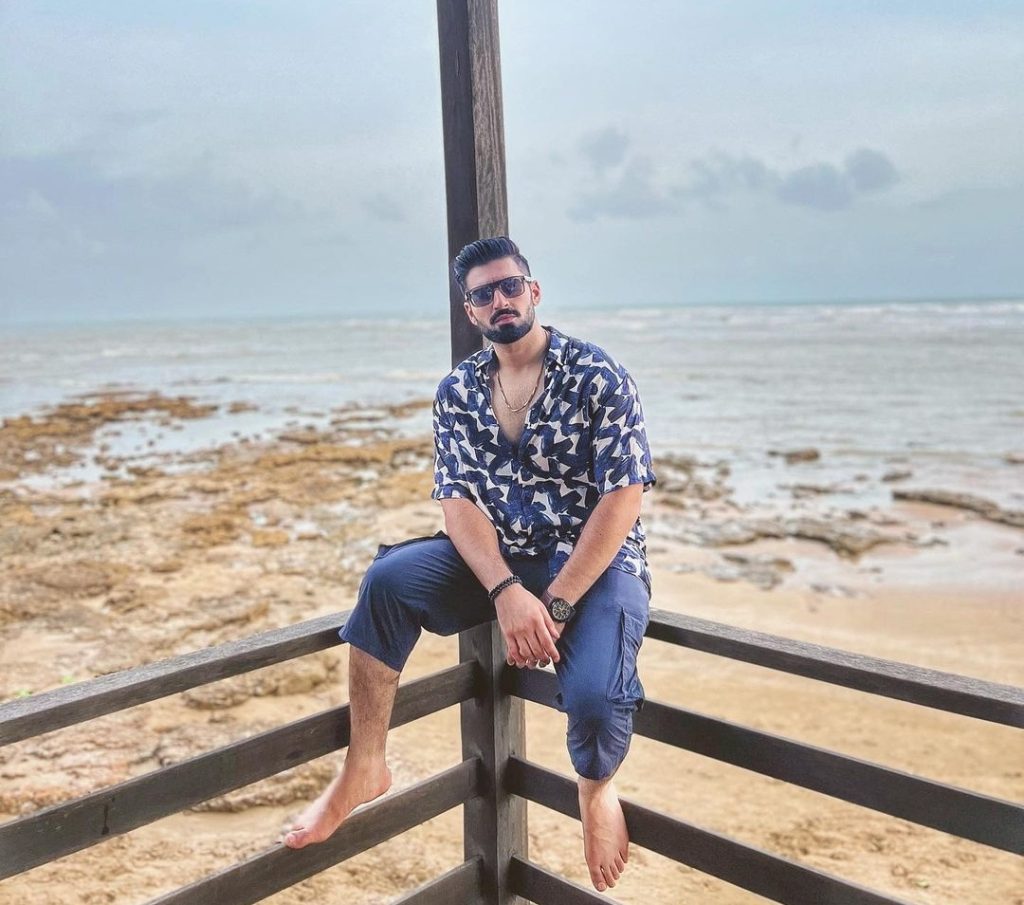 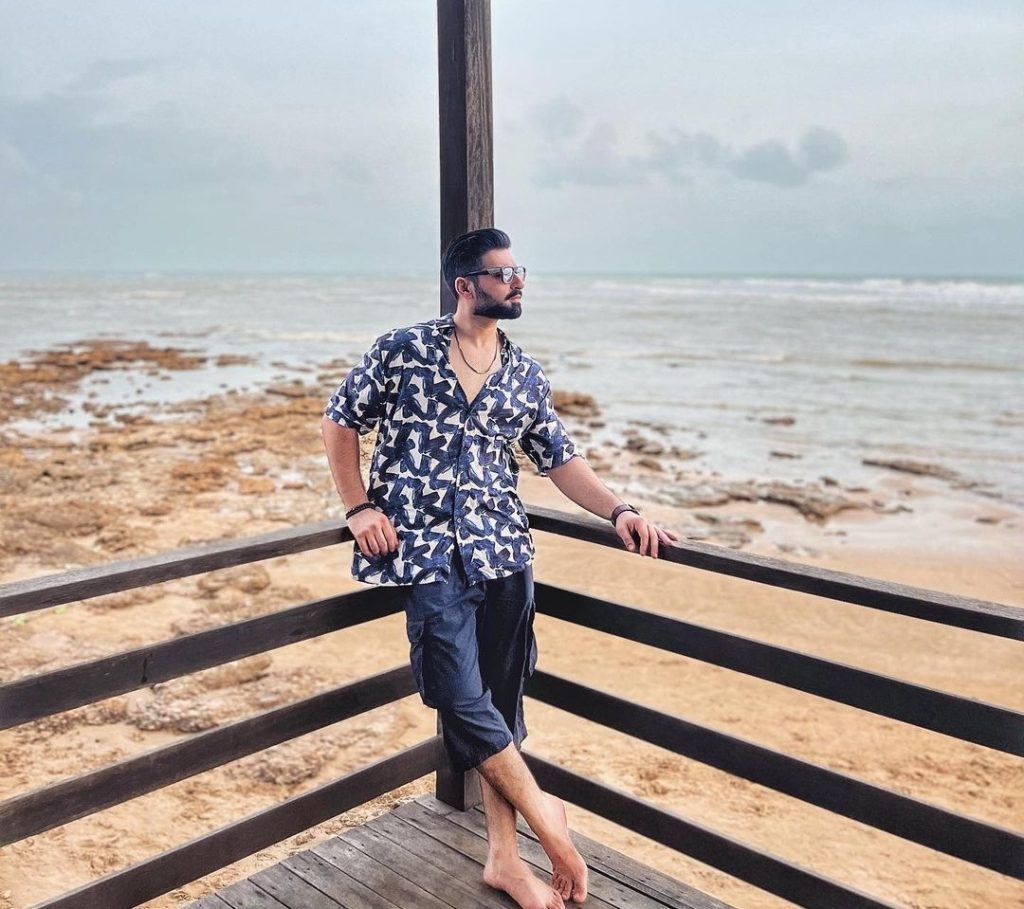 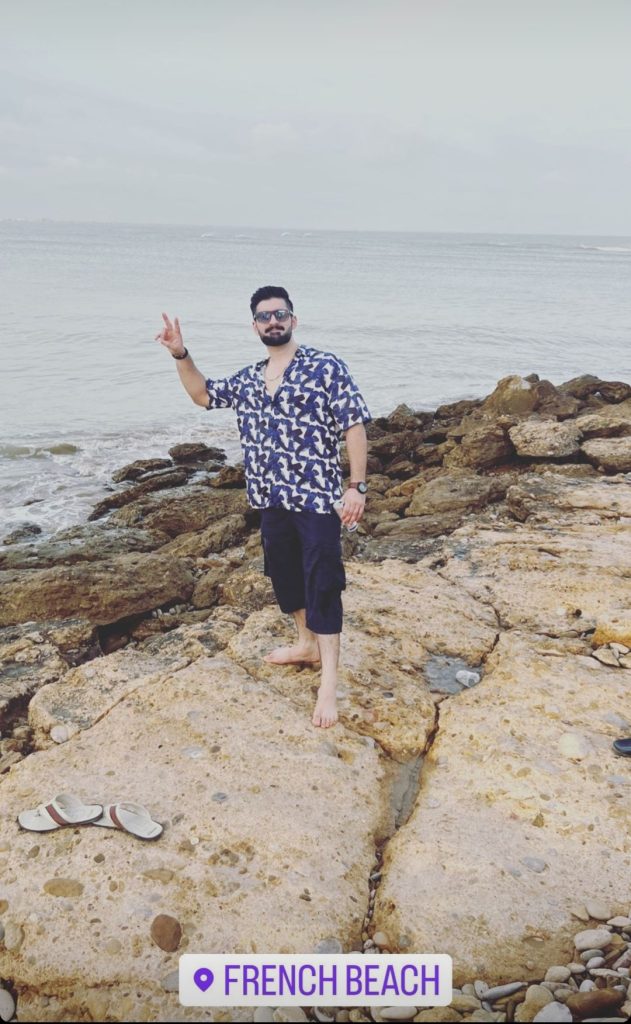