Jeeto Pakistan is one of the most-watched and loved game shows of the television industry. Fahad Mustafa earned massive popularity for his tremendous acting and handsome looks. People loved to watch his dramas, and he never failed to impress his fans. After getting so much love as an actor, Fahad Mustafa decided to set into another entertainment industry, hosting.

Hosting is not an easy job at all. You have to engage your audience with your talking skills. The more energetic you are, the more audience you attract. He signed an agreement to host Jeeto Pakistan and with his amazing performance in the first year, the show became the most trending game show.

Due to coronavirus, all the shooting projects are postponed except Ramzan transmission and Ramzan game shows. Fahad Mustafa continued Jeeto Pakistan, but this time it’s Jeeto Pakistan League Ramzan special. There are 6 leagues, some Pakistani celebrities will be the team captains and the others will appear as guests to support the respective teams.

On the 4th day of Jeeto Pakistan League Ramzan special, Aiman and Muneeb appeared as the guests to encourage their team players and entertain the audience.

Check out the latest pictures of Aiman and Muneeb on the set of Jeeto Pakistan league Ramzan special. 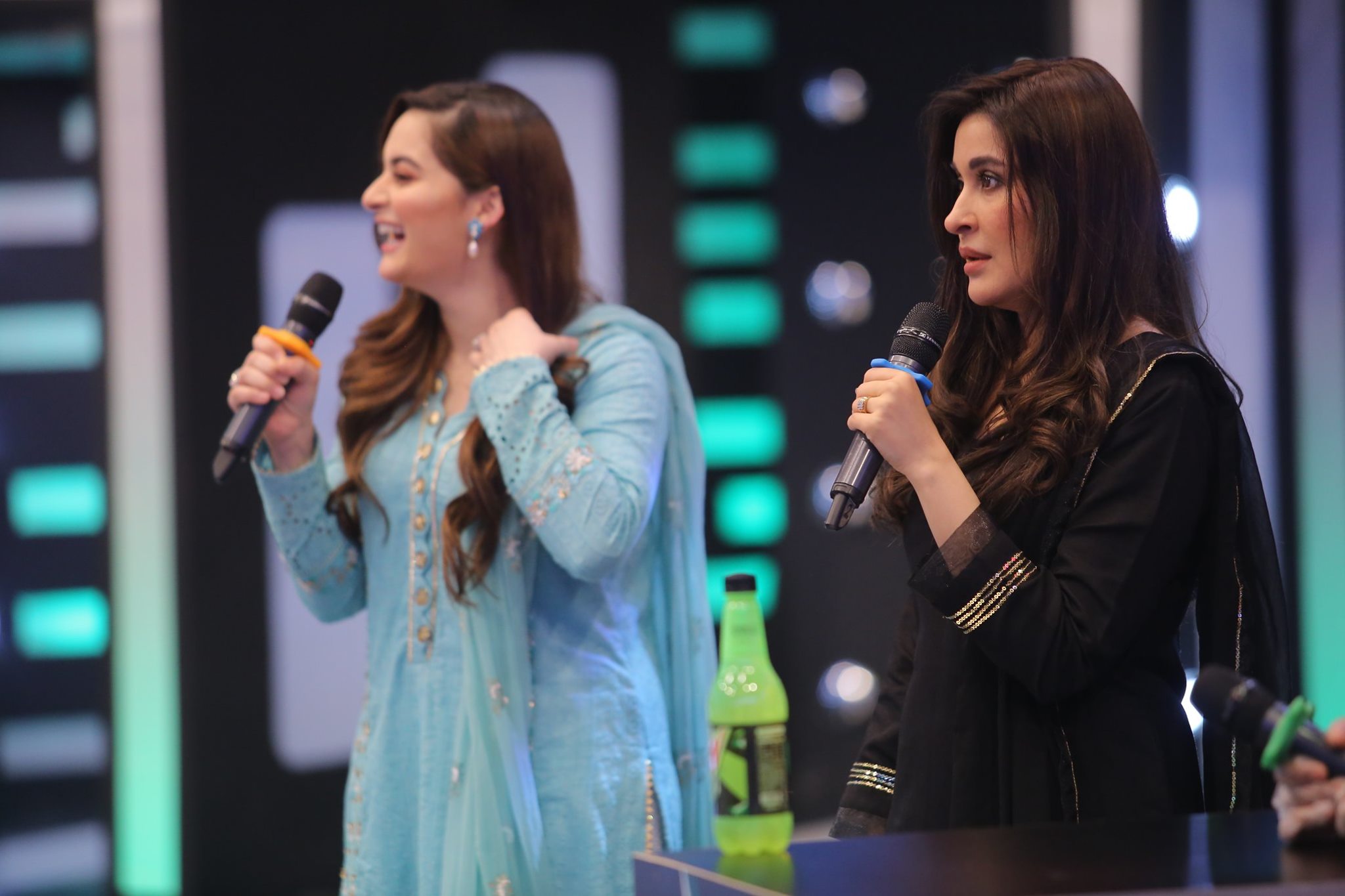 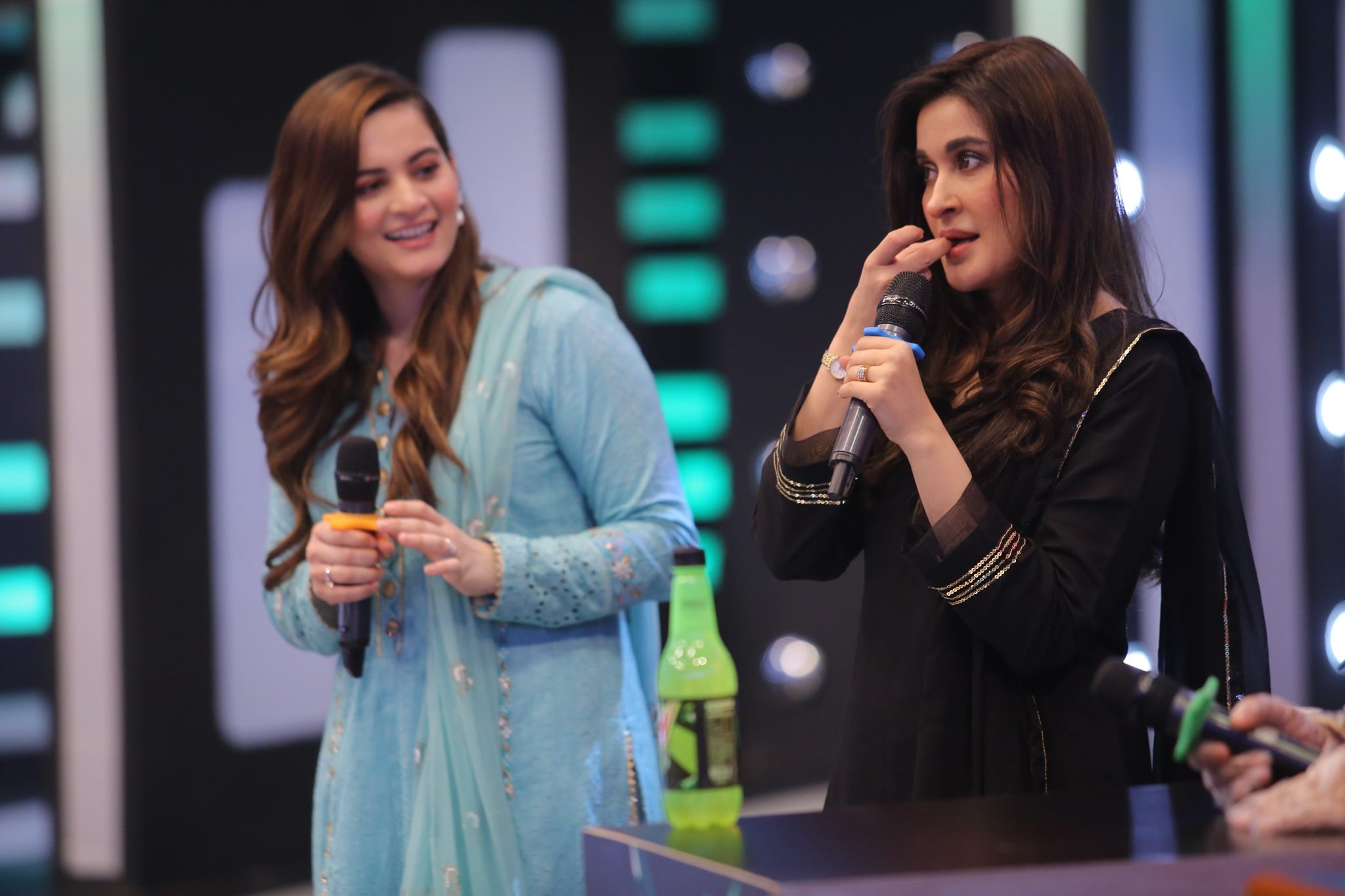 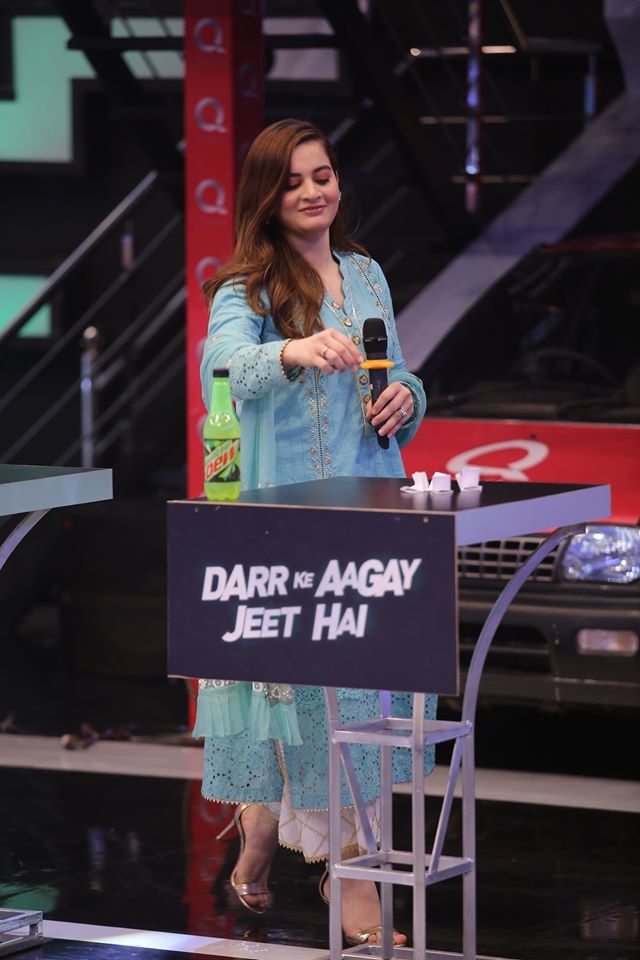 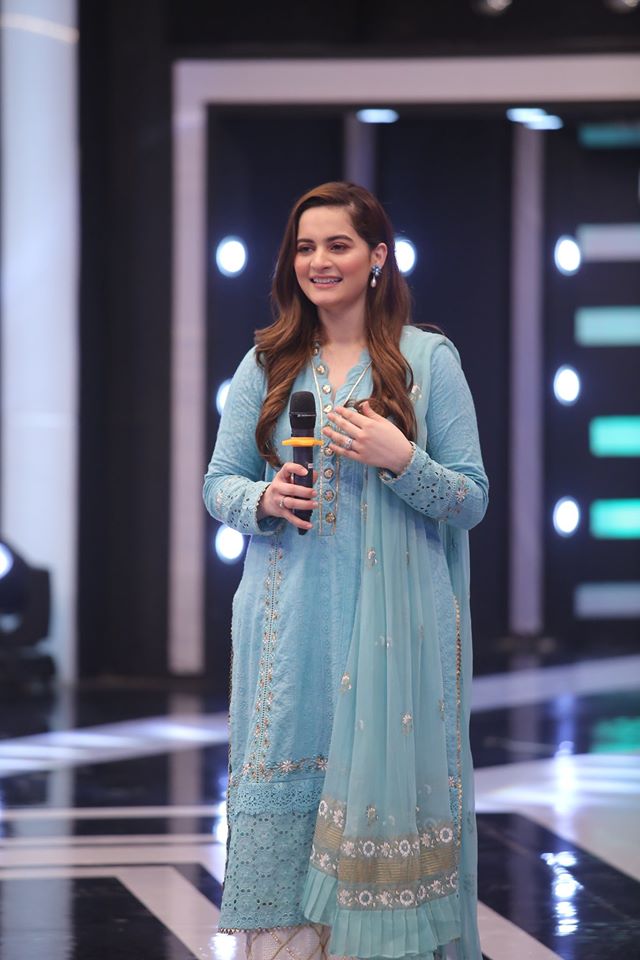 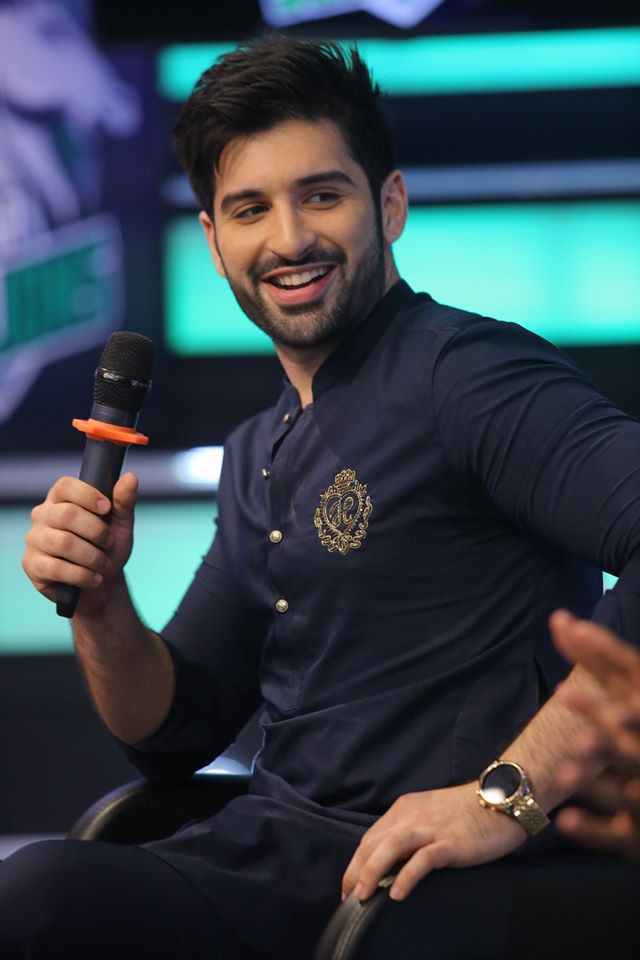