Ali Zafar to participate in premiere show of his upcoming film

Ali Zafar, will arrive in Pakistan on 5th March 2014 from India. Ali will participate in the premiere of his upcoming indian film ‘Total Syaapa’ which is due to release on 7th March 2014.

Premiere shows of this film are scheduled in Karachi (6 March) and Lahore (7 March). Apart from premiere shows, Ali will also promote this film on various TV Channels. It is for the very first time, that Ali himself is promoting his film in Pakistan. 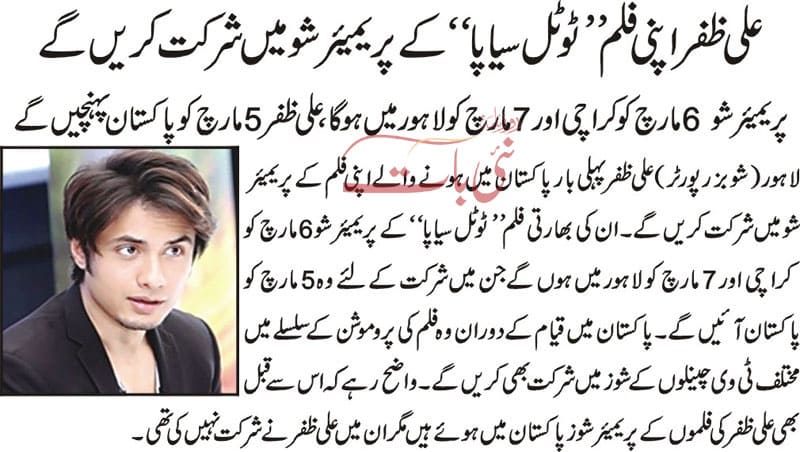