Let’s have a look at the video of Ali Zafar and Gul Panra’s new song Larsha Pekhawar:

The public loved this song of Ali Zafar. Here we have garnered a few public comments. Let’s have a look: 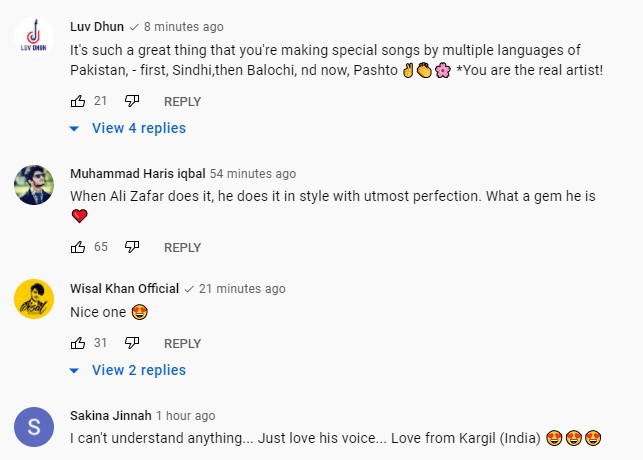 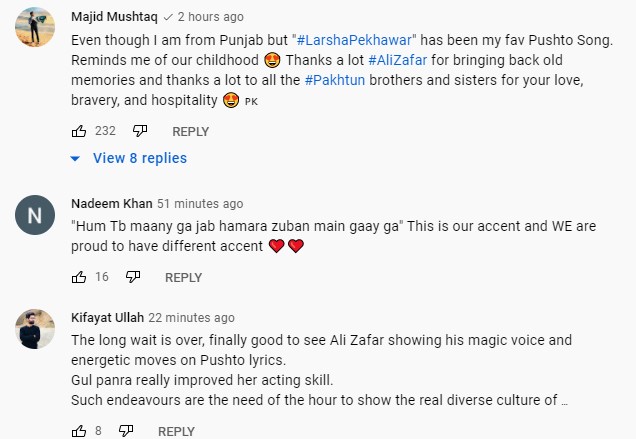 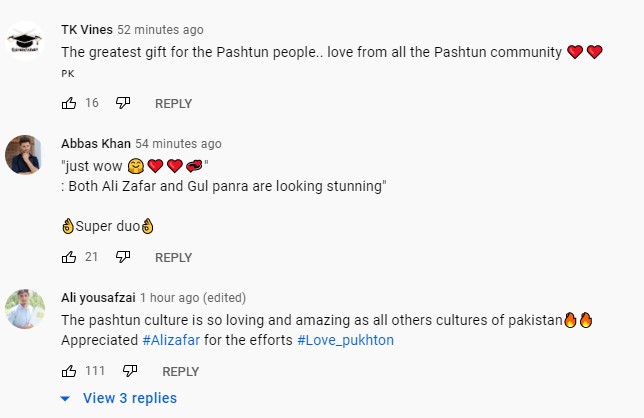 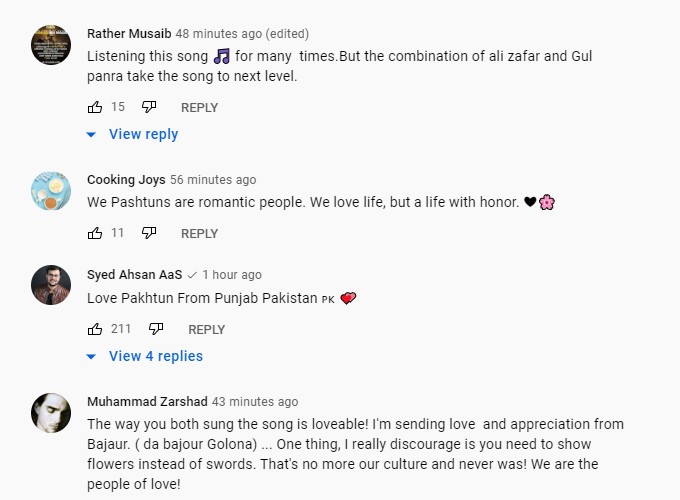 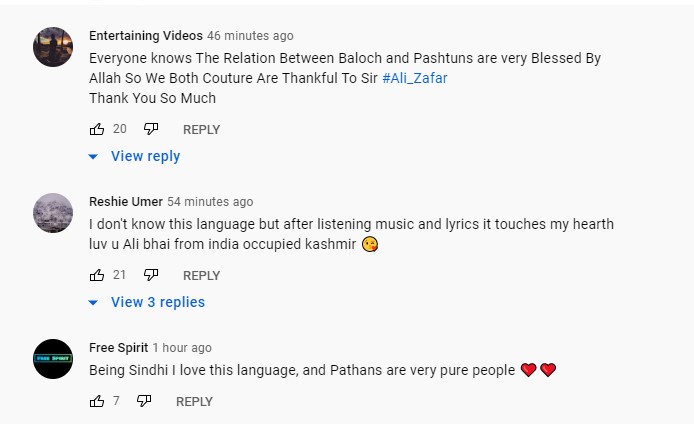 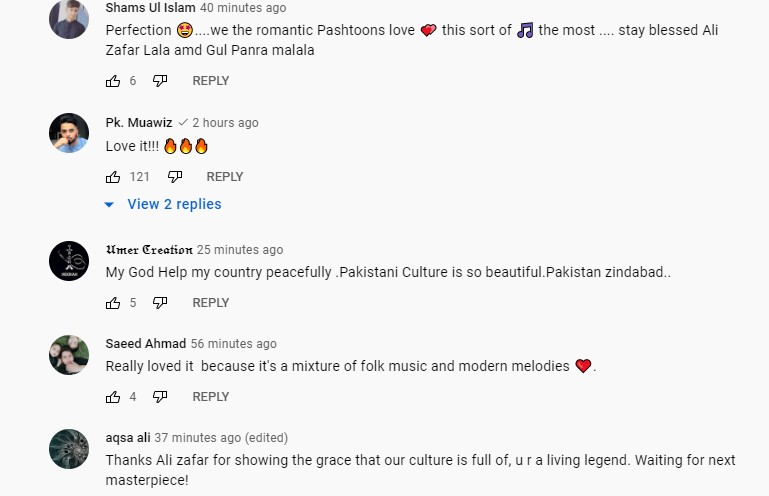 Have you guys seen the new song by Ali Zafar? Did you guys enjoy it? Share your views with us through the comments section!