Alizeh Shah’s debut song was loved by many people but most of them criticized her for her dressing and looks.

Alizeh Shah recently replyed to all those who are criticizing her. 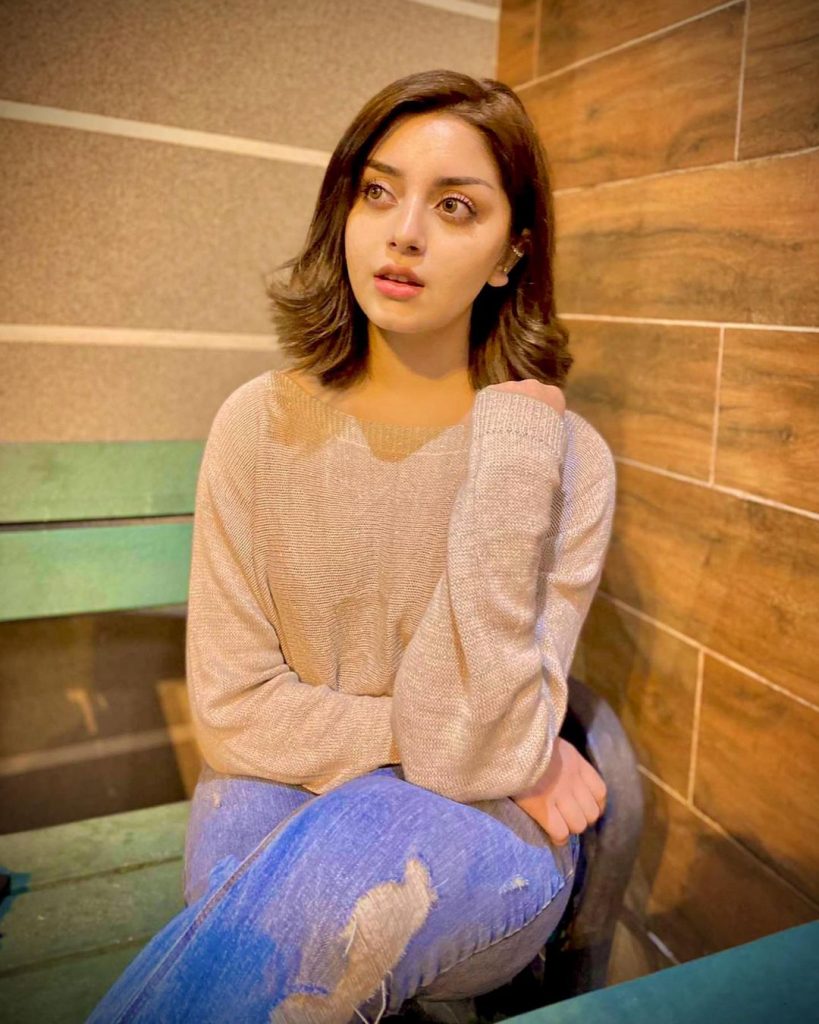 She took her Instagram story to give a fitting reply and wrote:

“I find all memes and criticism amusing. however, the fact that a trivial topic to discuss is now the most trending issue in our country instead of becoming a voice of Palestine. What’s wrong with our people?” 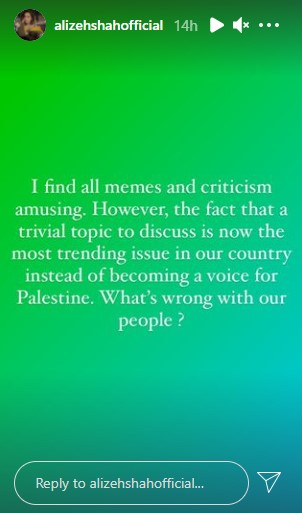