Alizeh Shah belongs to the younger generation of very popular actors in Pakistan. This gorgeous beauty has been doing one drama after another building a very strong fan base for herself in a short period of time.

Now people have been blaming Alizeh for always wearing one expression, no matter what the seen is and it seems Alizeh is out there to prove everyone wrong.

In a TikTok video, Alizeh Shah is seen enacting Katrina Kaif from Tees Maar Khan and the way she does it, she nails each and every act (read overact) that Katrina did in the film.

Shah started her career in the role in Tere Naal Love Ho Gaya as a short role and played her second role as Alina in Hum TV’s Choti Si Zindagi. However it was her character Palwasha in Ishq Tamasha that propelled Alizeh in the limelight and earned her true recognition. The actress also had a small cameo in Mahira Khan starrer film, Suoerstar. 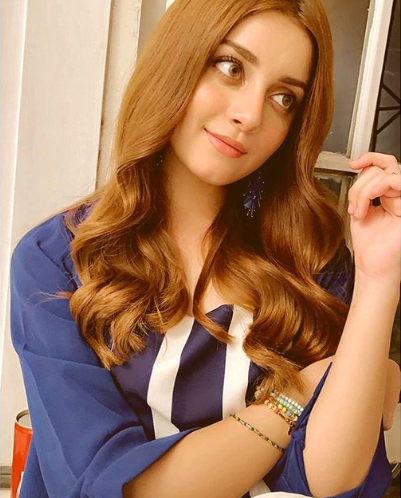