What Is Cooking Between Sabeeka Imam and Bilal Saeed?

During the quarantine our Pakistani celebs have started off with talking to each other online, going live on social media and keeping their fans entertained.

With the same purpose, we tuned in to singer Bilal Saeed’s Instagram story and were hoping to find the singer entertaining his fans with his melodious voice, but as it happens, there was something else cooking entirely.

As it seems, Bilal’s Instagram story was dedicated to model turned actress Sabeeka Imam, where he made the revelation about the duo’s friendship and how they talked when Sabeeka was upset (which was 90% of the time they talked.)

What the singer stated implied that Sabeeka had been upset about him taking a call while talking to her.

Sabeeka then herself posted how “Bilal shouldn’t be doing such things to piss her off in the first place.” 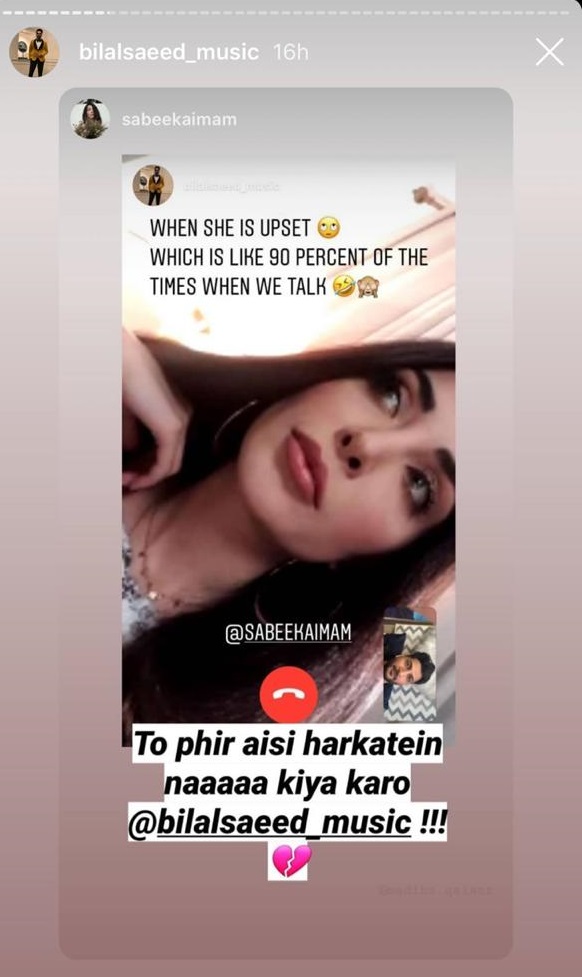 Moving on, Bilal again questioned Sabeeka whether he would have to say sorry to her one more time.

People were intrigued and questioned Bilal about Sabeeka.

Bilal then moved on stating he would never say sorry to Sabeeka, with a fun emoji. 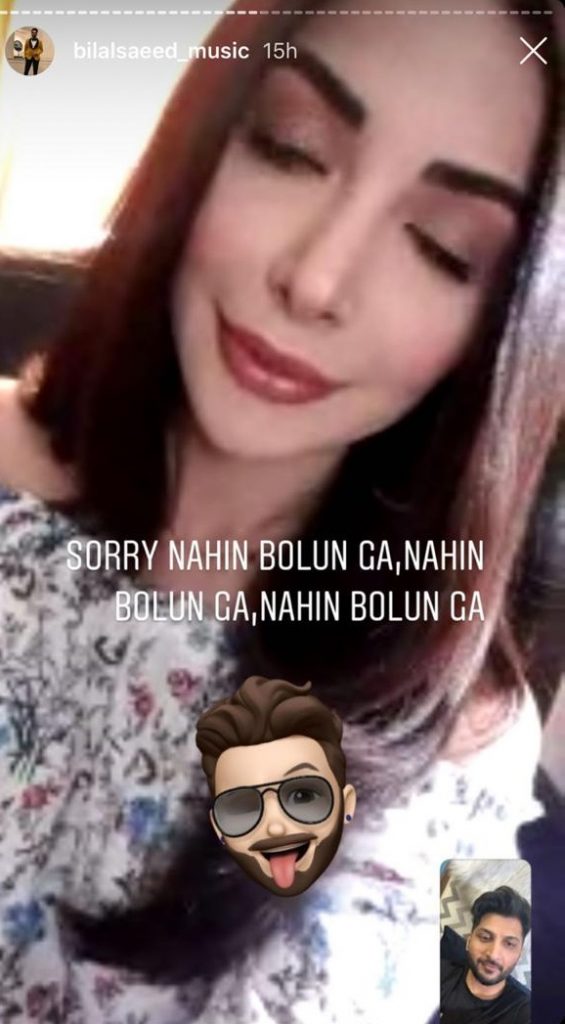 One fan went ahead and asked Bilal who was Sabeeka to him, to which the singer replied, why should he tell her.

Seems like there is something definitely cooking between Sabeeka Imam and Bilal Saeed. Although the two haven’t commented or said anything about it at all, we’re getting a whiff of something going on, a close friendship or a link up perhaps? 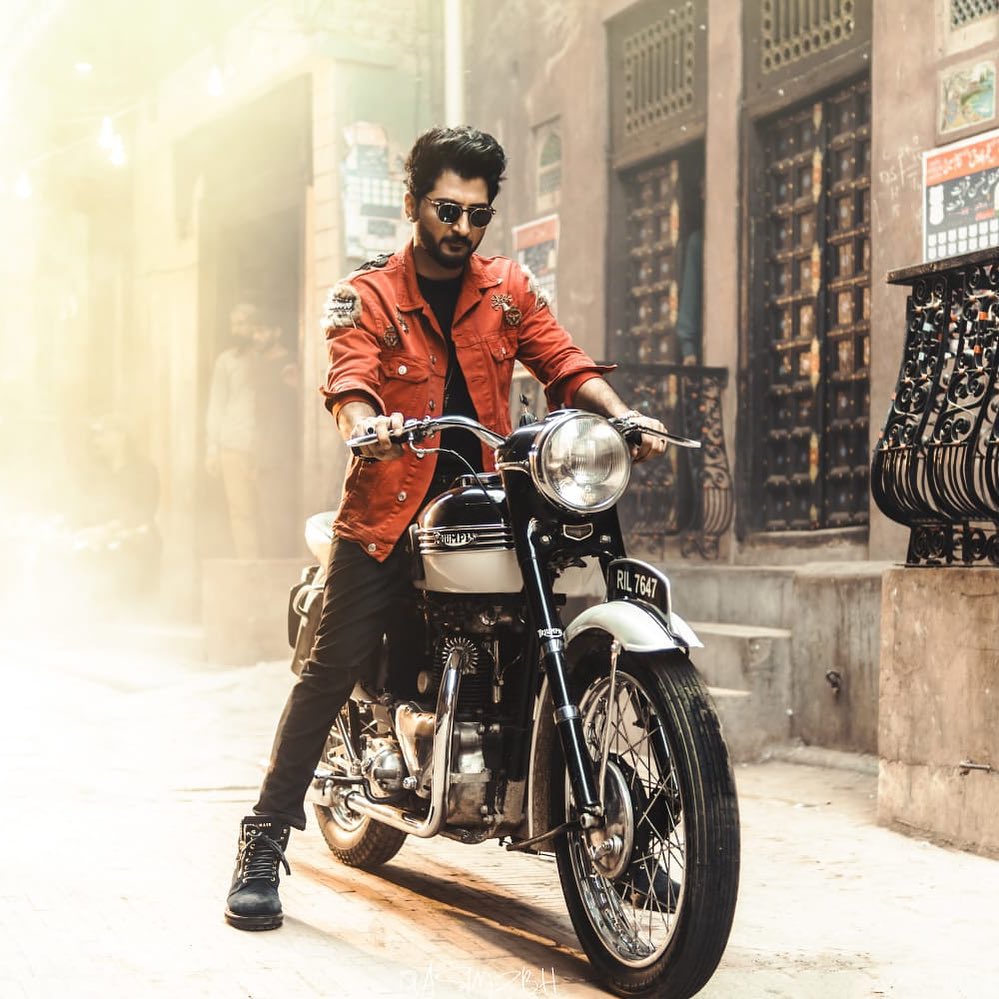 Before Bilal Saeed, Sabeeka Imam had been in a relationship with Hasnain Lehri. The duo called it quits on a public platform, breaking their fans’ hearts. 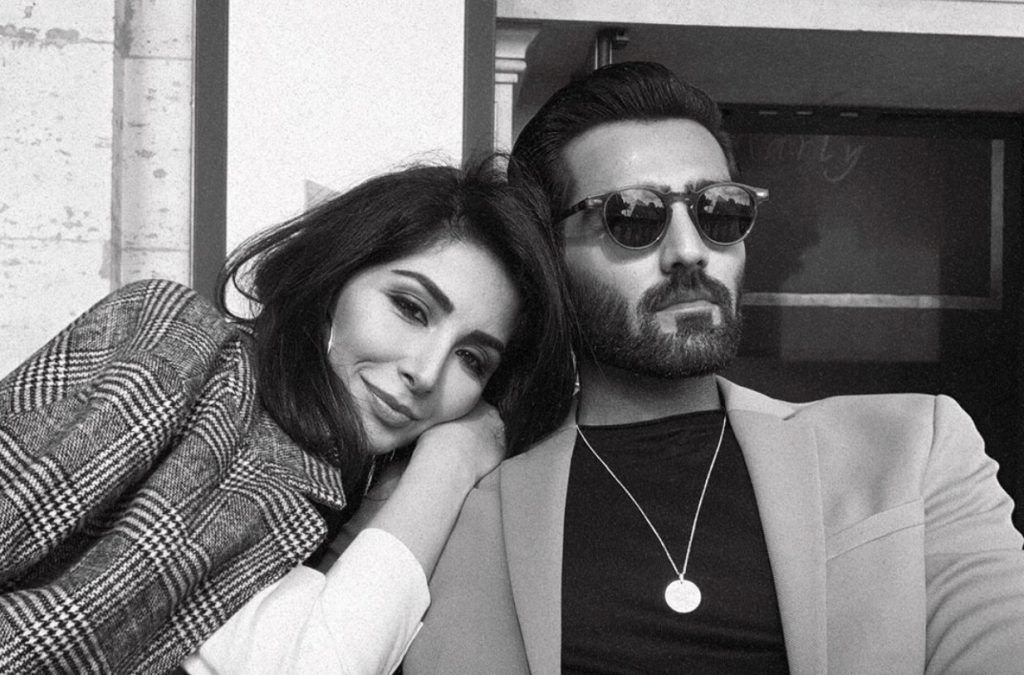