Alyy Khan has given some very amazing performances to date and he is widely appreciated for the intensity and realism he brings to his on screen characters. In both Pakeeza and Khuda Mera Bhi Hai, he totally owned his roles.

Recently he has been nominated in the Berlin Film Festival for his work in Saila Kiarat’s drama film “The Vallley”, which also starred Samina Peerzada. The movie is about the pressure kids of immigrants face. Alyy Khan plays the father of a young girl who attempts suicide.

Alyy was very proud of this recongition and shared the news on his Instagram; 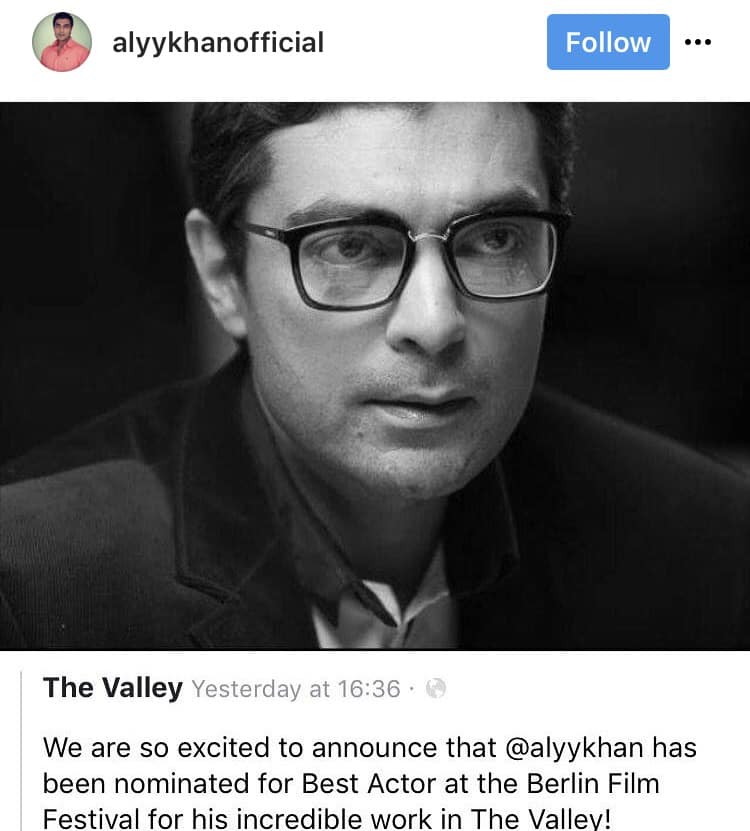