Amir Khan’s wife Faryal Makhdoom had recently shared a series of snaps which clearly stated that her in-laws used to mistreat her. But soon after, another news broke out that she and Amir will be seen in a realty TV series.

A leading UK tabloid ‘The Sun’ revealed a deleted picture from Instagram, the caption clearly stated that Faryal And Amir will be seen in the reality TV series named ‘Home with the Khans’ 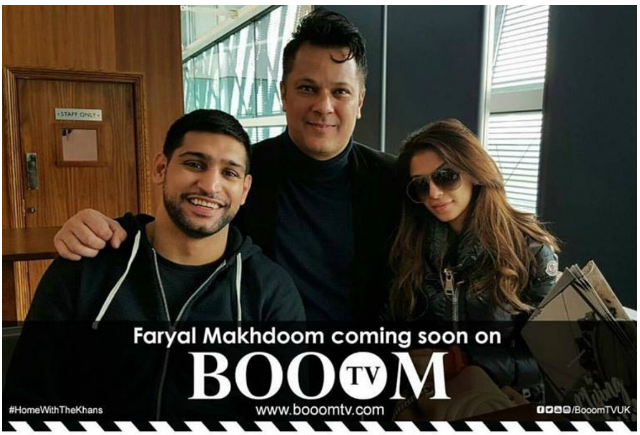 The rumors instantly broke out, hinting on Faryal’s snaps as a mere publicity stunt for her upcoming show but she took it to Twitter to debunk these rumours, stating that “No HUMAN would put themselves through this drama for a publicity stunt!”

I have NO reality show coming up. This isn’t a joke, and no HUMAN would put themselves through this drama for a publicity stunt!

Amir too opened up a while later and cleared the air:

I would like to confirm , @FaryalxMakhdoom and I do not have a reality show launching. Not sure where that has come from. Sorry guys. Thx