The makers of  Quddusi Sahab Ki Bewah, Faseeh Bari Khan and director Mazhar Moin are back again with another interesting play Faltu Larki.

Faltu Larki, the drama is comical exploration of how unfair the society gets towards women. The story is based upon a girl who comes from India and lives with a family in Lahore but is unable to stand for her right.

Regarding the play Samiya Mumtaz said, “This is going to be very, very different from anything I’ve done before, I’ve often been stereotyped on television as a victim or a wailing woman; I want to change that image. This character isn’t dependent on any man.”

Regarding the Indo-Pak tensions Moin shared his feelings and said, “Emotions are more important. Pakistan and Indian share the same culture and ethnicity; for example, we turn a blind eye to the fact that there were/are inter-marriages happening. It’s difficult for those people to get their families to meet and mingle, despite having so much is common. We are just bent on trying to find differences rather than similarities and that’s a theme we tried to address.”

Some pictures from the drama 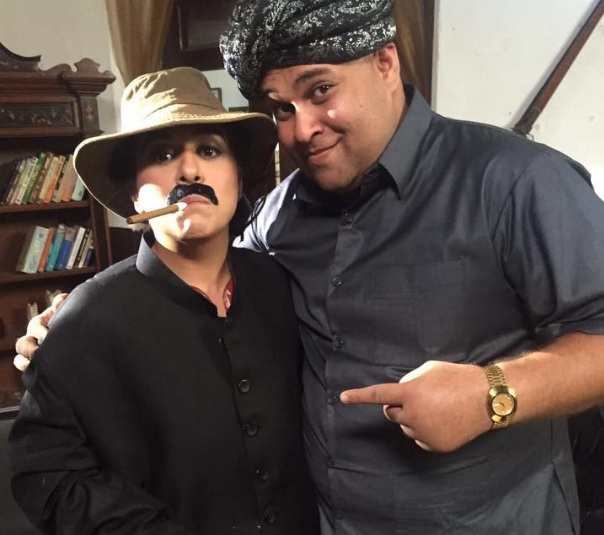