Are Indian Films And Shows A Necessity In Pakistan??

The move from Pakistani cinemas to ban Indian films was the only big blow which proved that Pakistan too was in a position to ban Indian content. Soon after the ban few Pakistani celebrities like Shamoon Abbasi and Hamayun Saeed showed their discontent with this move. Shamoon Abbasi put up a status on facebook showing his disappointment with this ban. Hamayun Saeed said that Pakistani film industry was not producing enough films so Indian films were necessary for Pakistani cinemas to earn revenue. Even then the cinemas stayed trued to their promise, at least for some time, and decided to show Hollywood and Pakistani films, even those which were old so that those people who had missed these films could see and cinema houses will be doing business. There was no call for banning Indian shows on leading Pakistani TV channels, which was another disappointing development.

The shocking news is that all the promises made by these cinema houses cinemas could not be followed through. The film Ae Dil Hai Mushkil which has been produced and directed by Karan Johar and stars Fawad Khan too but no one is sure whether Fawad Khan is still part of this film. Another film Shivvay will also be soon in cinema houses. Those people who think that Indian films are a necessity for Pakistani cinemas should also realize that banning Indian films in Pakistan will hurt India more than Pakistan. Sometimes there are certain situations when standing by your country comes before everything else but unfortunately financial concerns come first for some business people. Also, ARY is already showing the promos for Big Boss’ new season. PEMRA should have dealt with this situation wisely by putting a permanent ban on Indian films and Indian content so that the cinema houses and channels did not have a choice.

In a statement today Karan Johar said that he will not cast any Pakistani stars in his upcoming projects if the environment stays the same but no Pakistani star has said that they are not going to work in Indian films if the environment stays the same. He also said that he respects the Indian army and commended them for their efforts! It has become impossible for him to screen his film Ae Dil Hai Mushkil in Indian cinema houses because of Fawad Khan’s presence in it.

Now the only hope are the people of Pakistan. If they refuse to buy a ticket for these Indian films and don’t tune into Indian content on television then that will be the best way to show support for their country and it will also give a loud and clear message to the cinema houses and channel owners that Pakistani cinema goers and television viewers can do without Indian films. 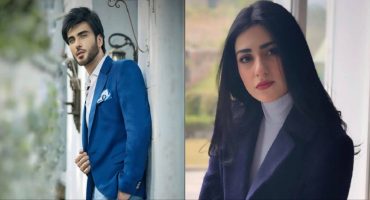