Are Mawra Hocane and Adeel Hussein A Couple

Mawra Hocane is a confident actress who recently started her own clothing business too with her celebrity sister Urwa Hocane as a partner. Mawra Hocane has also worked across the border and was part of one of the biggest Pakistani films last year. Mawra Hocane posted a picture taken by Adeel Hussein, who can be seen in the background, captioned “What you search is searching you.” 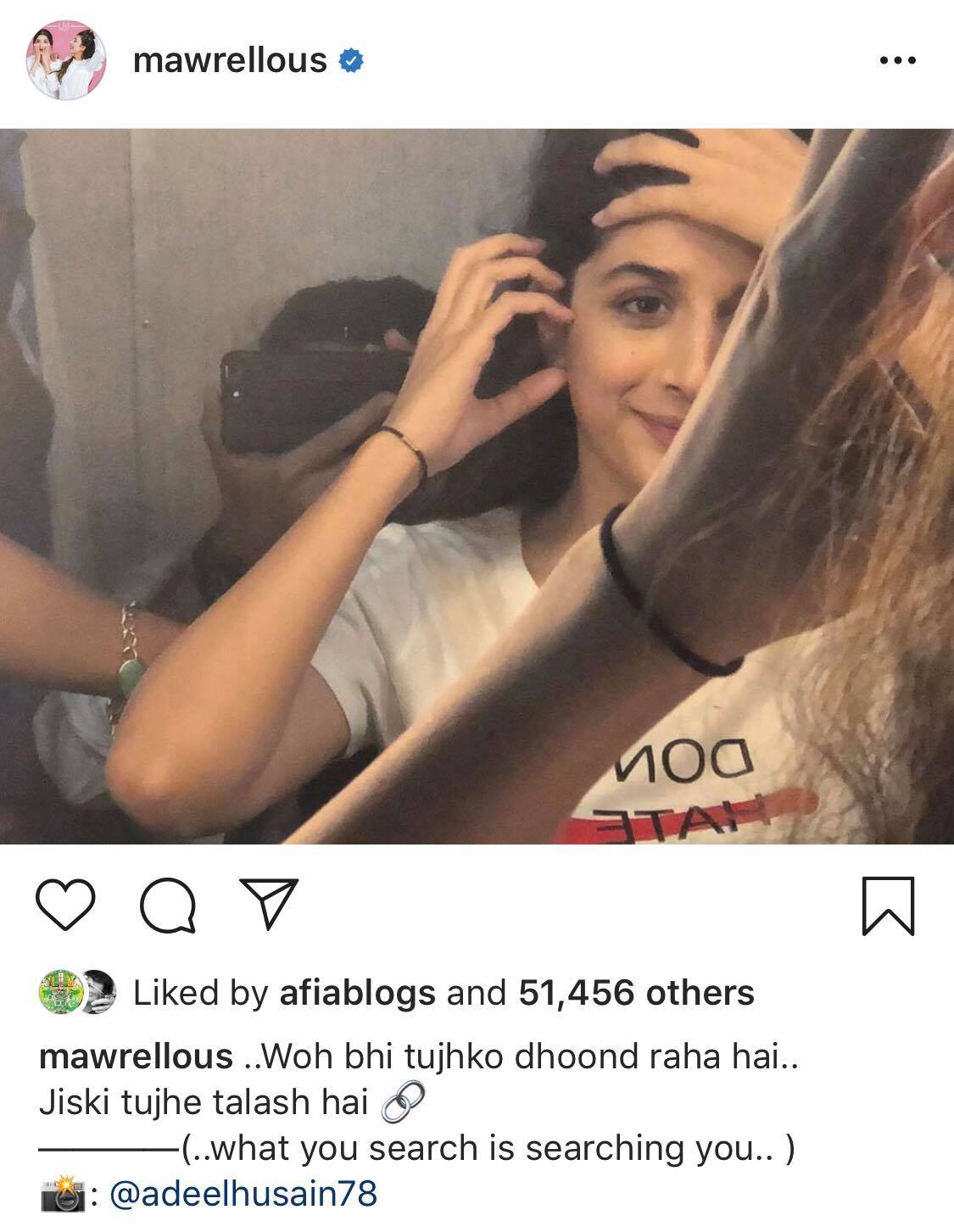 This picture and the caption has people wondering if Mawra Hocane and Adeel Hussein are indeed a couple. These two stars were also seen hanging out together at the Parey Hut Love’s trailer launch. 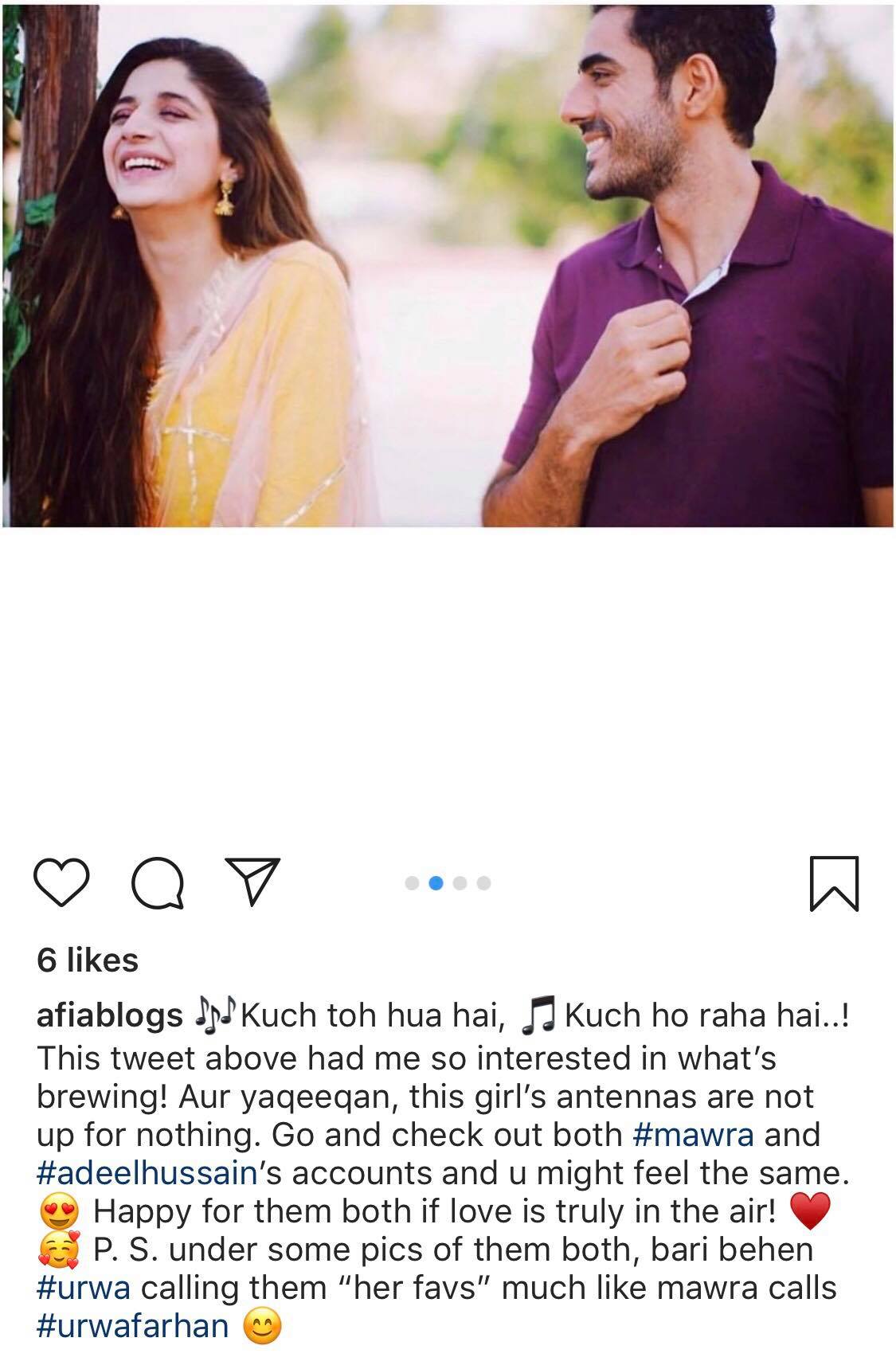 Adeel Hussein has not been seen on the screen for quite a while now. In a recent interview he shared that he will be doing a project soon. Right now his passion is photography more than anything else. 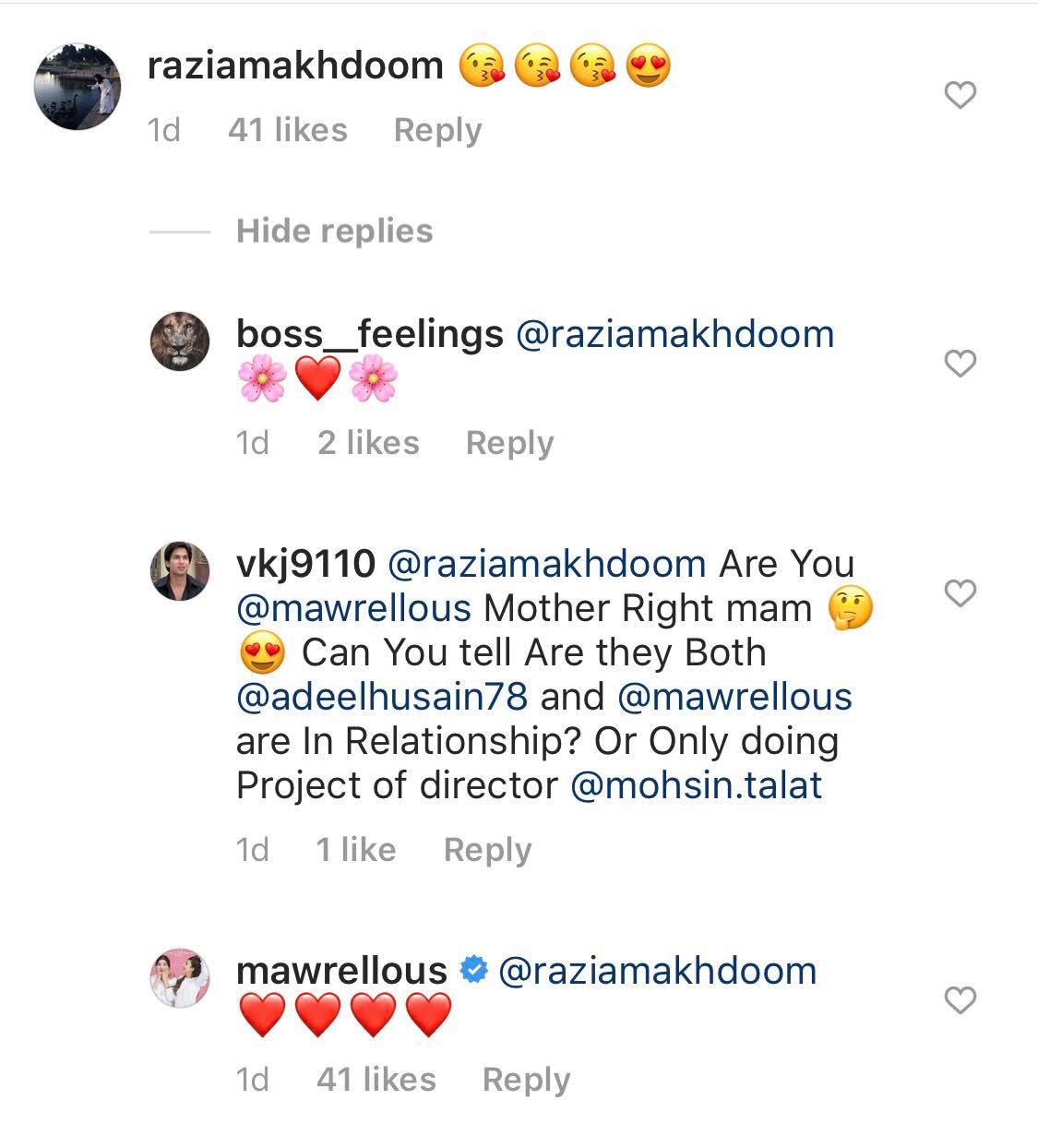 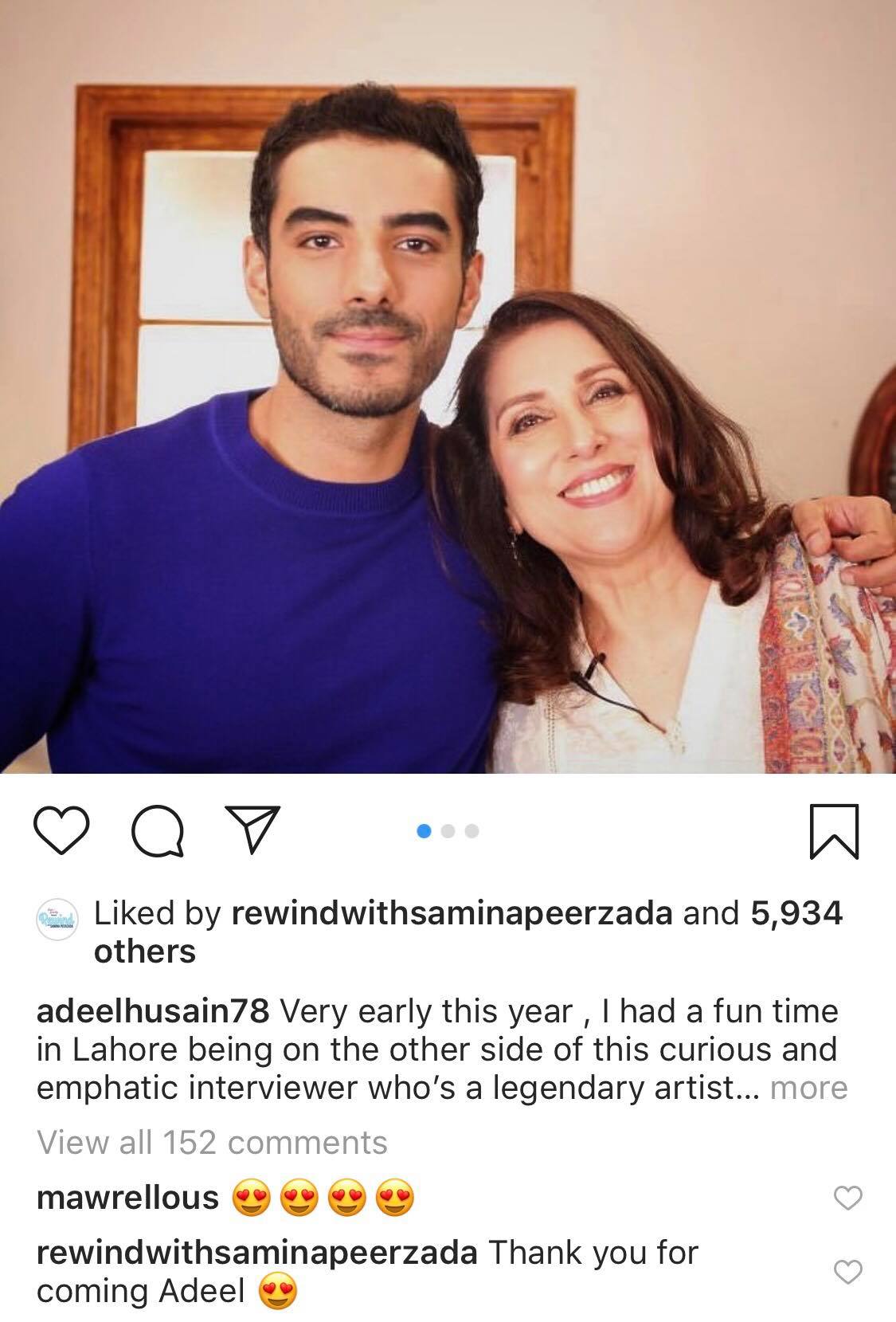 Mawra Hocane’s other two siblings also chose their soulmates themselves and are happily married. Mawra Hocane has not replied to any of the comments but her comments under Adeel Hussein’s pictures also suggest that there is something brewing between them.

Ever since Sajal Aly and Ahad Raza Mir privately got engaged, the fans are constantly making guesses about which celebrities might be romantically involved. It really seems like Mawra Hocane and Adeel Hussein have something special going on between them and it doesn’t look like a project!