Are We Being Too Judgmental!?! 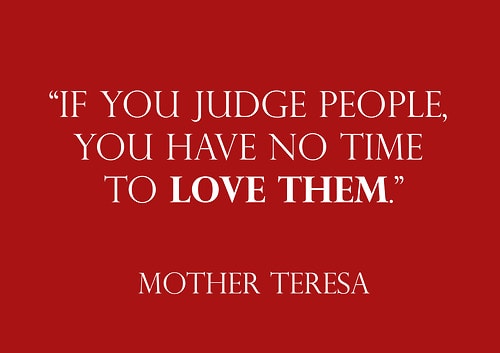 I know it’s an edgy debate but one way or the other that is something we all tend to involve ourselves into. No matter how much we try to ignore but we do get judgmental when it comes to our celebrities. Over these years, Pakistani audience have shown great acceptance towards the celebrities & media personnel but where some have accepted them wholeheartedly, there are some who have judged them harshly too.

I think it goes both ways. I have come across many articles stating that the celebrities are upset about people being judgmental & bringing them down. I know the celebrities have to come in contact with a lot of people where people treat them as a wall & trash them but, there are some of those people as well who appreciate their efforts. I then feel it relies on the celebrities themselves as to how they can prevent themselves from getting judged.

Not speaking on the Islamic grounds but on a general basis, I think the celebrities should give special consideration to the sentiments of their audience because where they have survived in the industry on the basis of their talent; their fans have played an important part in turning them into the stars too. I see the celebrities make such choices which may not be in accordance to our ‘culture’ but then they expect people to understand & hope that it doesn’t backlash; I think it’s a mistake on their part. Being the representative of the country even on the national television, I think the celebrities should take a pride in being responsible for depicting an image of the country they belong to. Sadly but truthfully, we have seen the influence of westernization in our industry which at times does get burdensome to watch. Our stars adapting to it & giving out a clear message of them being not worried about what their followers might think doesn’t help either. I know it’s a matter of one’s choices & the stars are free to decide for themselves but then I feel a little consideration goes a long way & earns them nothing but respect.

As far as we; the viewers are concerned. I think it’s important to understand that there’s a thin line between expectations & judgments. Fans do expect a lot from their favourite stars but then those expectations take a spur of a moment to turn into a judgment. I think we must understand that by the end of the day, celebrities are just normal people like us but just because they open themselves to the world, we shouldn’t allot this duty to ourselves to turn into moral police & start bashing them openly.

I myself have seen a few Facebook pages where people would stalk & like a celebrity page just to make a point of how much they hate them!?! I think if someone doesn’t like anyone, it’s better to ignore & let them do their work because their opinions & their derogatory comments would make no difference to them but it would rather expose their own mentality.

When we discuss the dramas, it’s always fun to see people restricting their comments to the characters & not directing them at the actors. I think this practice is an accurate example of how one’s not being judgemental because whatever one says, says it in regards to the dramas, the imaginary characters & that’s it. The internet bashing has taken an ugly face where people take pride in bringing down the celebrities & if the celebrities react to it, people get more agitated which results in a vicious never-ending cycle. I think if someone puts forth an opinion about any celebrity then they should be open to how the person in question responds to that.

Please take note that this is a very very general article written with a positive mind-set. This article is by no means an attempt to bring any celebrity or their follower down but is just based on a mere observation. Share what you feel about how we; the viewers are when it comes to judging the others & how it depends on the celebrities to pay utmost attention to the sentiments of their fans to prevent any judgements coming their way.