A few days back, actor Hania Aamir was seen at the Karachi Music Revival, a concert held at the Moin Khan Academy, but her enjoying herself at the event like everyone else became news. She went to celebrate her close friend Aashir Wajahat who also performed at the event, but all people could focus on was Asim Azhar’s performance and her reaction to him. Hnaia and Asim became the talk of the town right after the video clip of Hania singing along to Asim’s song went viral on social media.

Recently, a video popped up on social media which shows Asim performing in a college/university, where the crowd started chanting Hania’s name during the live concert. Asim Azhar in a very polite and calm way responded to the audience saying “Extra nam lein gai to boys ko maza nahi ayega”. The crowd burst inti cheers after Asim’s response.

Right after the video clip went viral on social media, the netizens were quick enough to respond. Some of the netizens said that it’s totally unfair to bully someone publicly. Here’s what audience has to say! 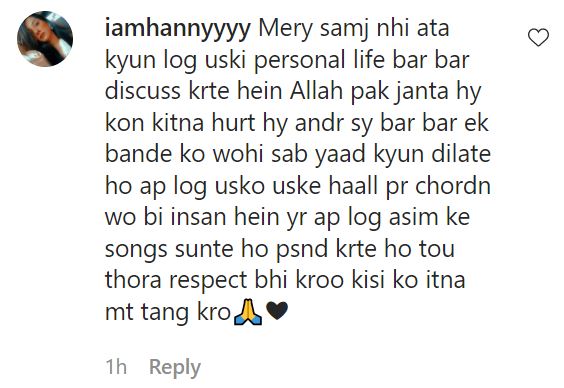 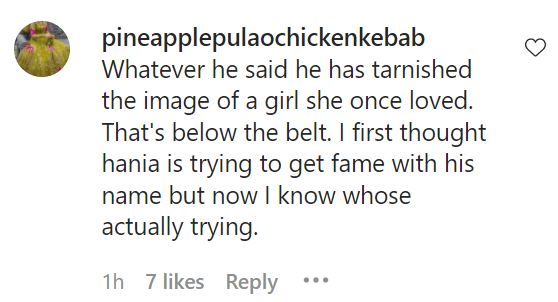