Atif Aslam is a brilliant Pakistani singer who has a huge fan base. His fans love him a lot and express their love on social media, his huge fan base is known “Aadeez”, Despite being a super busy person and a star Atif Aslam tries to reach out to his fans more often. He is known for his live interactions with his fans. Last year, he conducted live session on YouTube. Today, the singer received calls of his fans on WhatsApp. 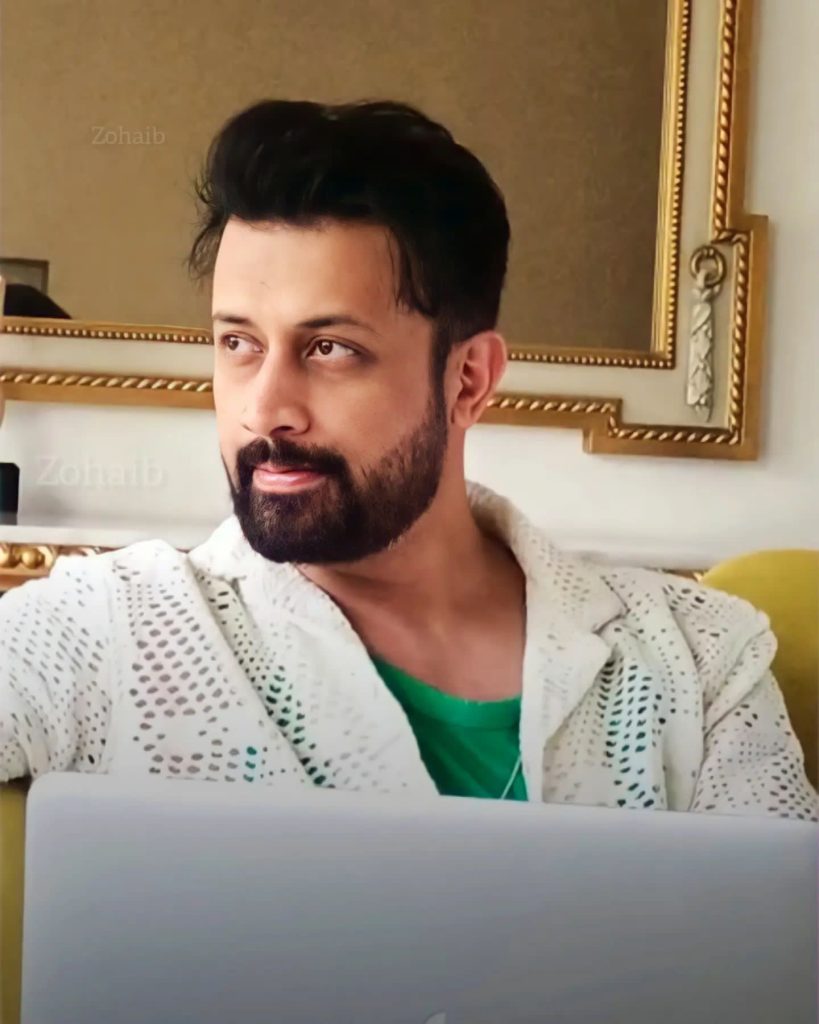 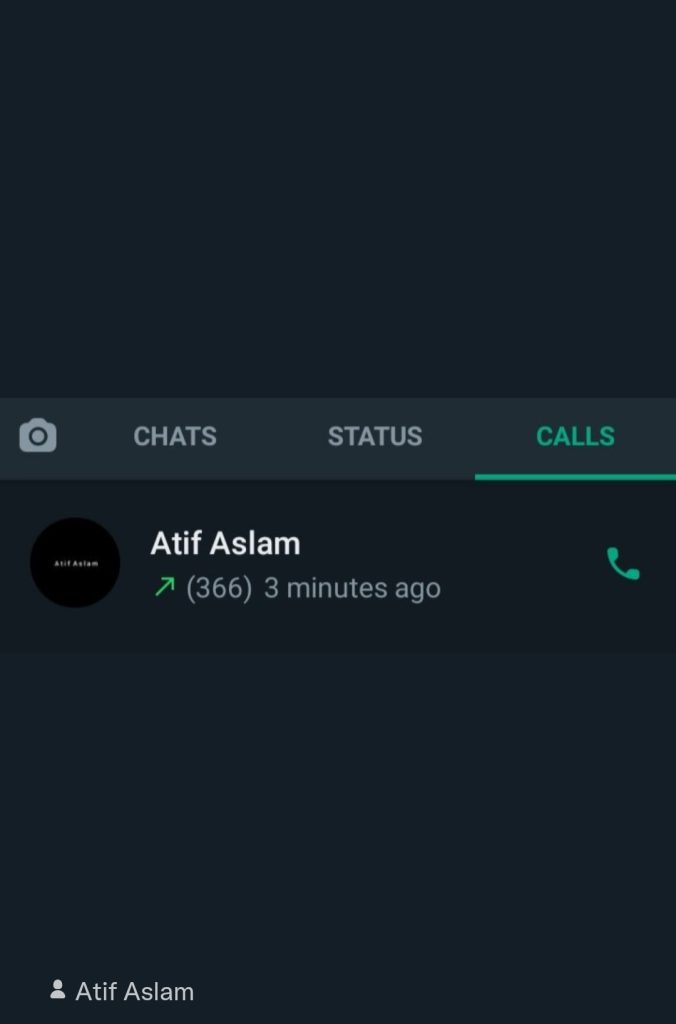 Previously, his team announced about the number and live calls session on social media. 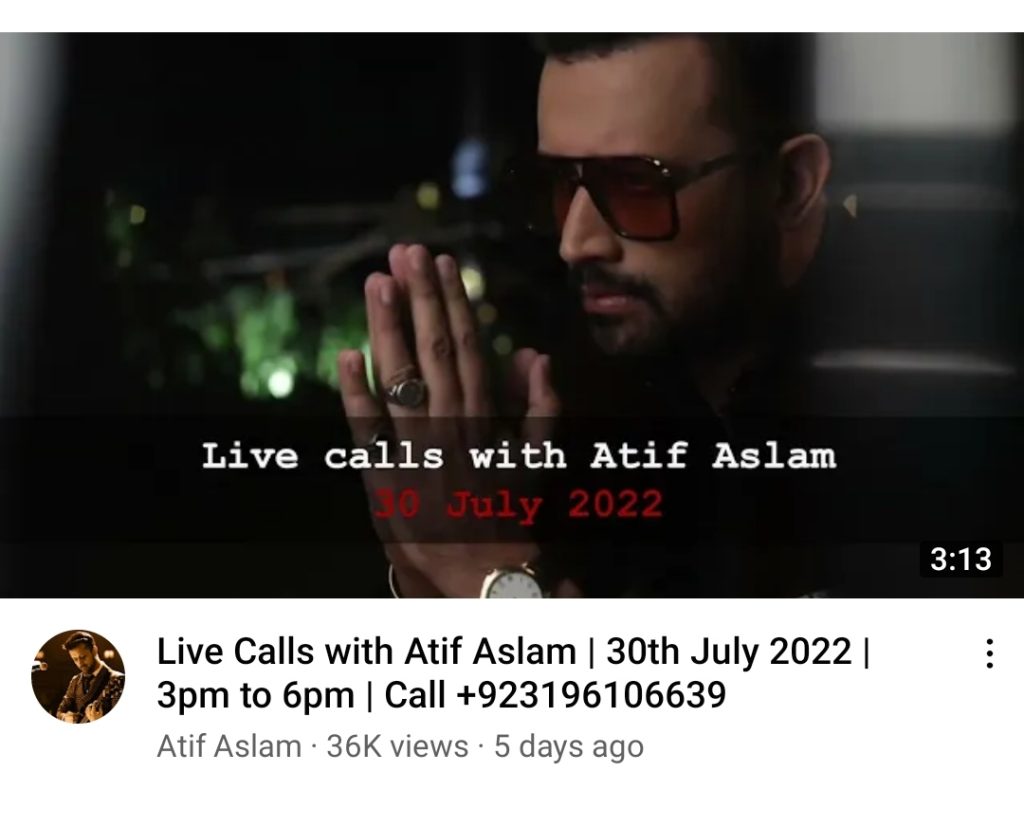 Fans were super excited to talk to him but not all of his fans got the chance to talk to him because of his huge fan following and limited timings. Fans expressed their views about live calls too. One fan wrote, “The day I interacted with my idol and he sang my written lines. Still cant believe this, Such a humble human”. One fan said, “had never done this much calls to anyone in one hour, I wish I could talk to you”. One fan said, “Tried calling him for 3 hours straight! I hope he reads my message at least”. One fan shared her call have a look at the interaction of Atif Aslam with fan.

Have a look at Tweets of Atif Aslam’s fans regarding call session. 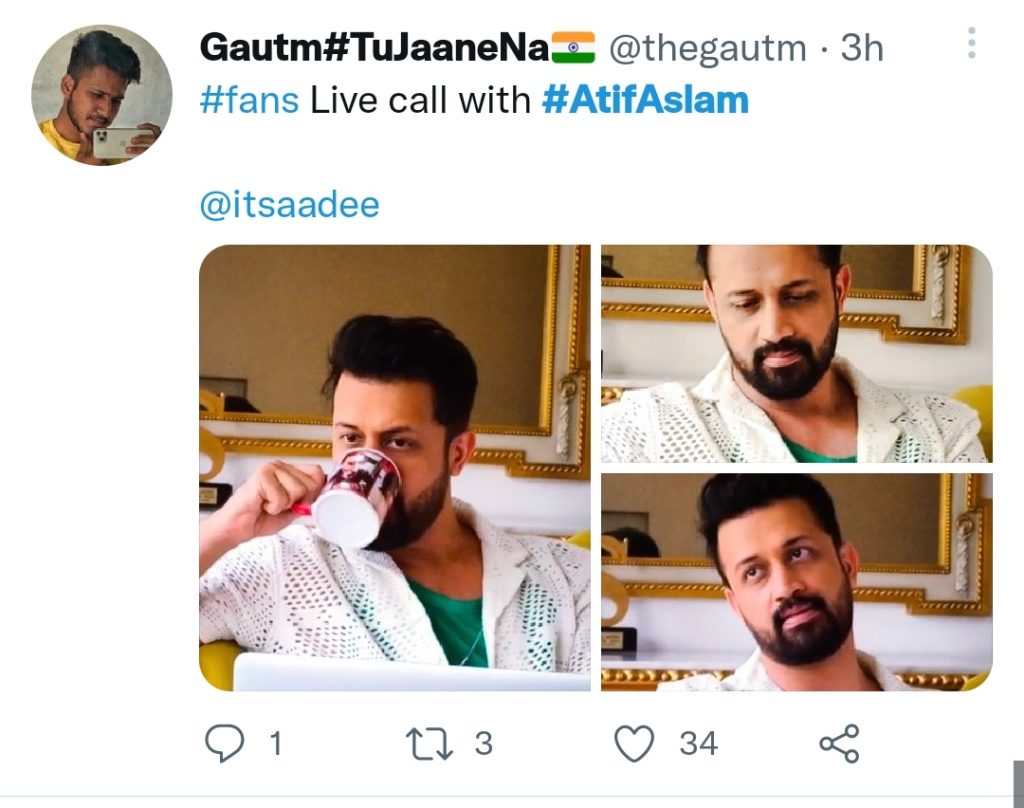 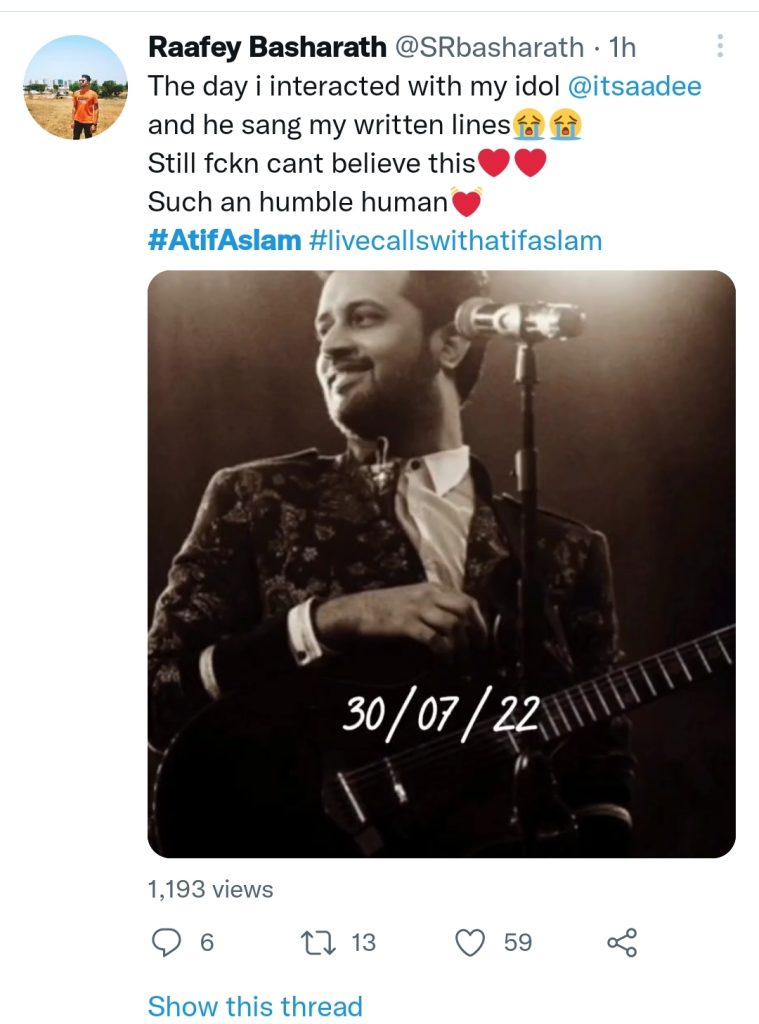 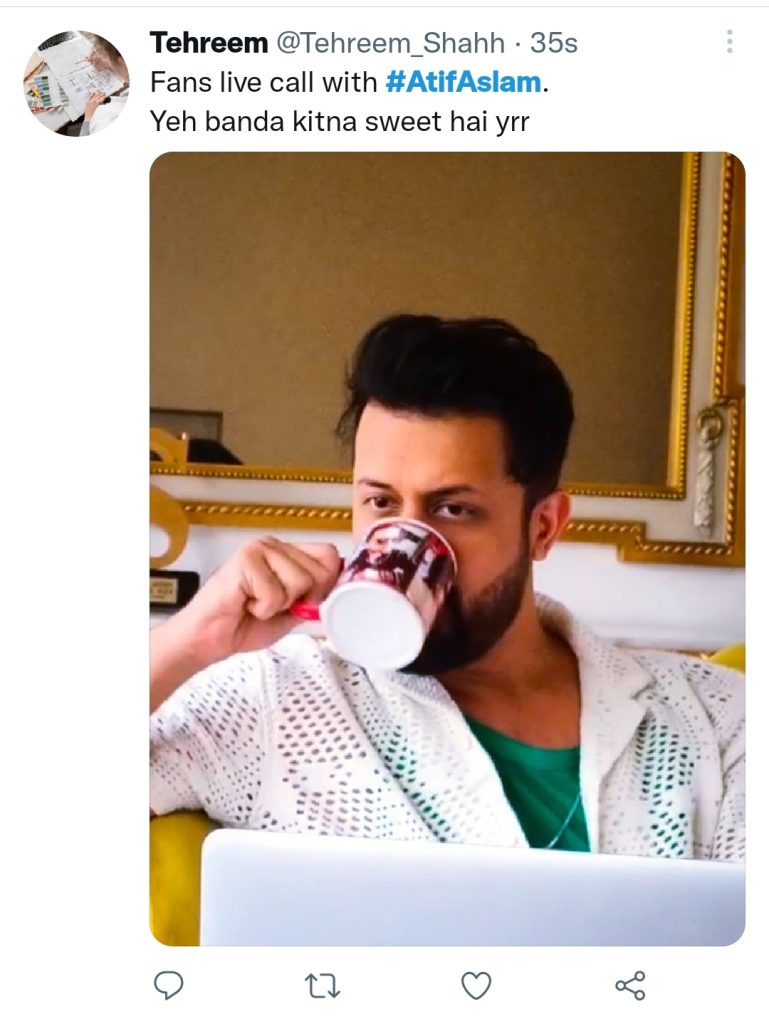 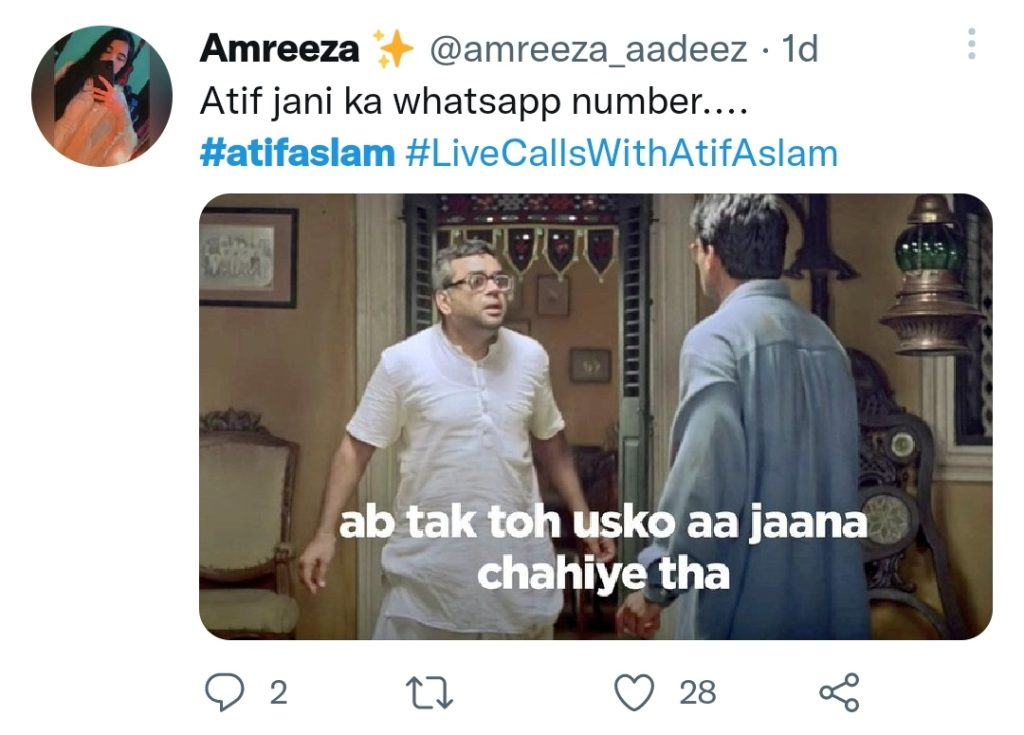 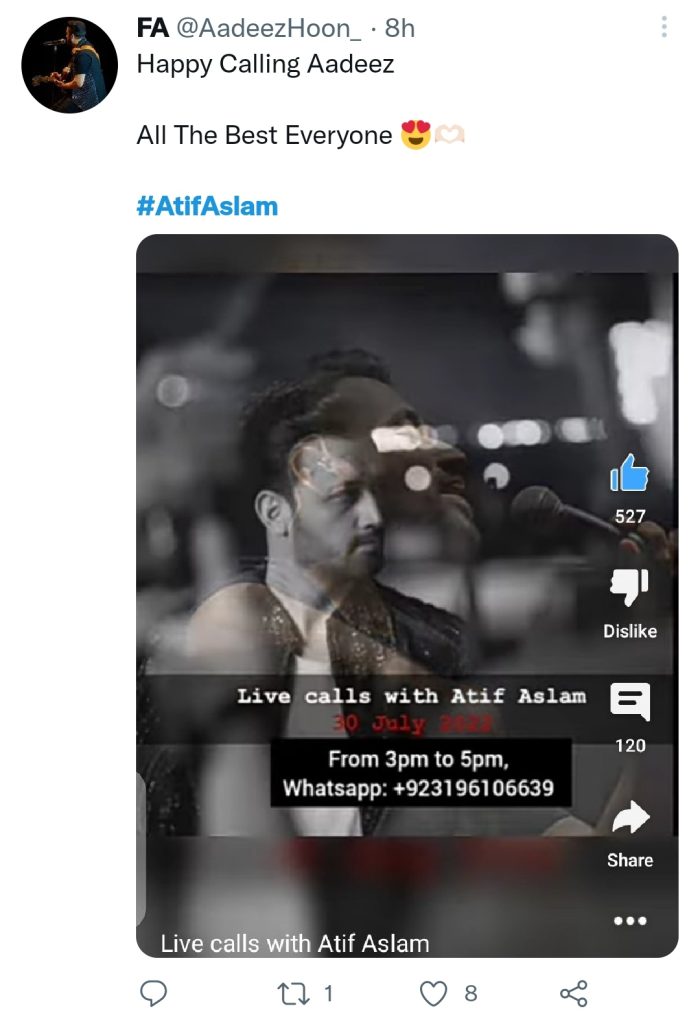 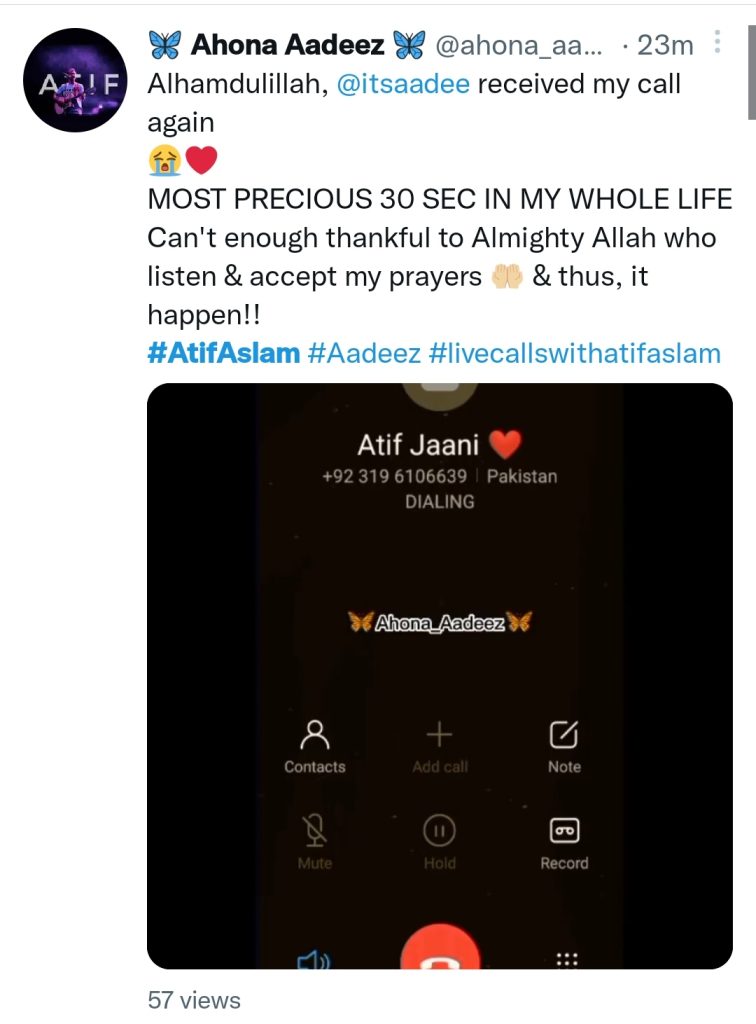 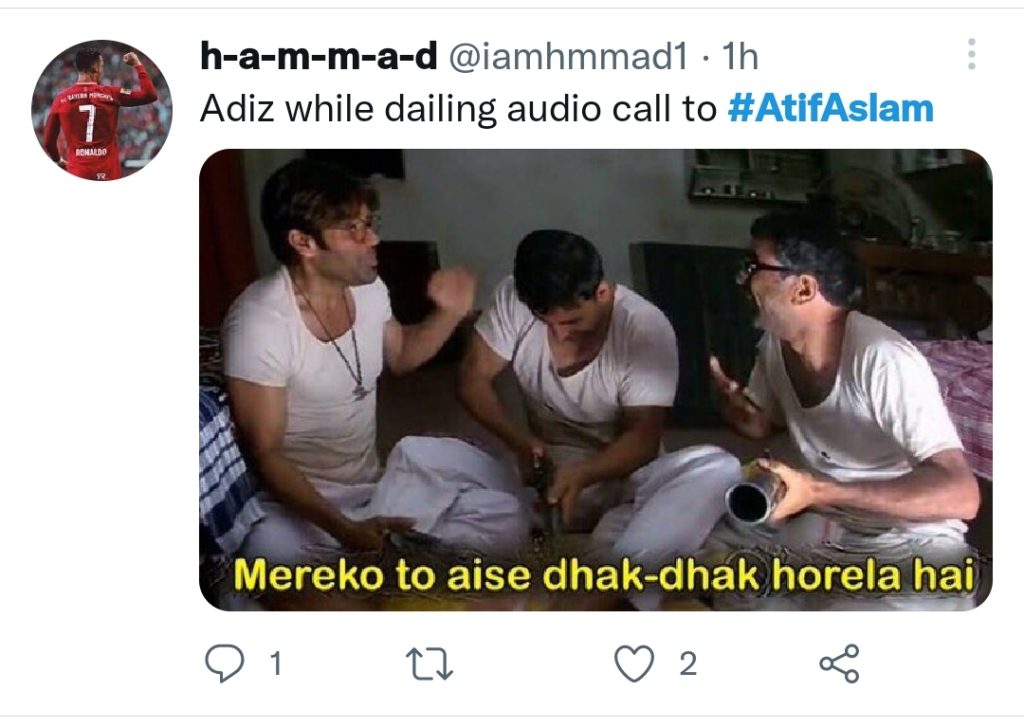 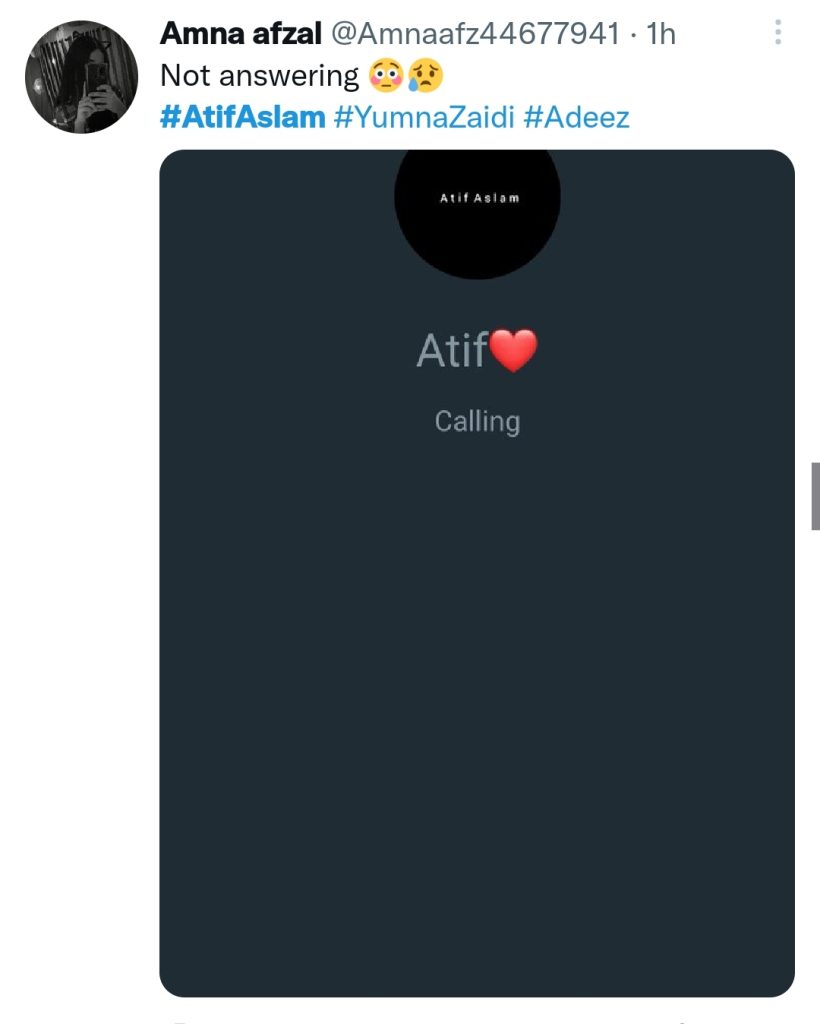 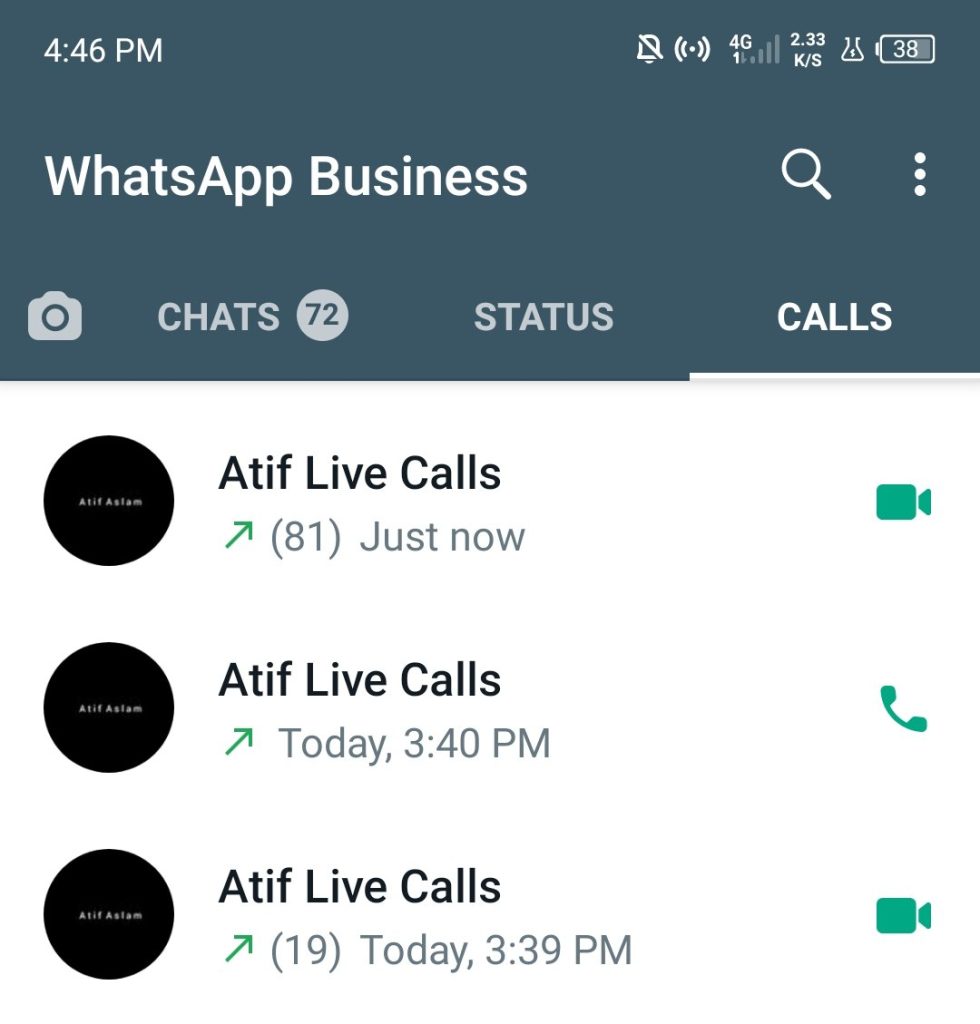 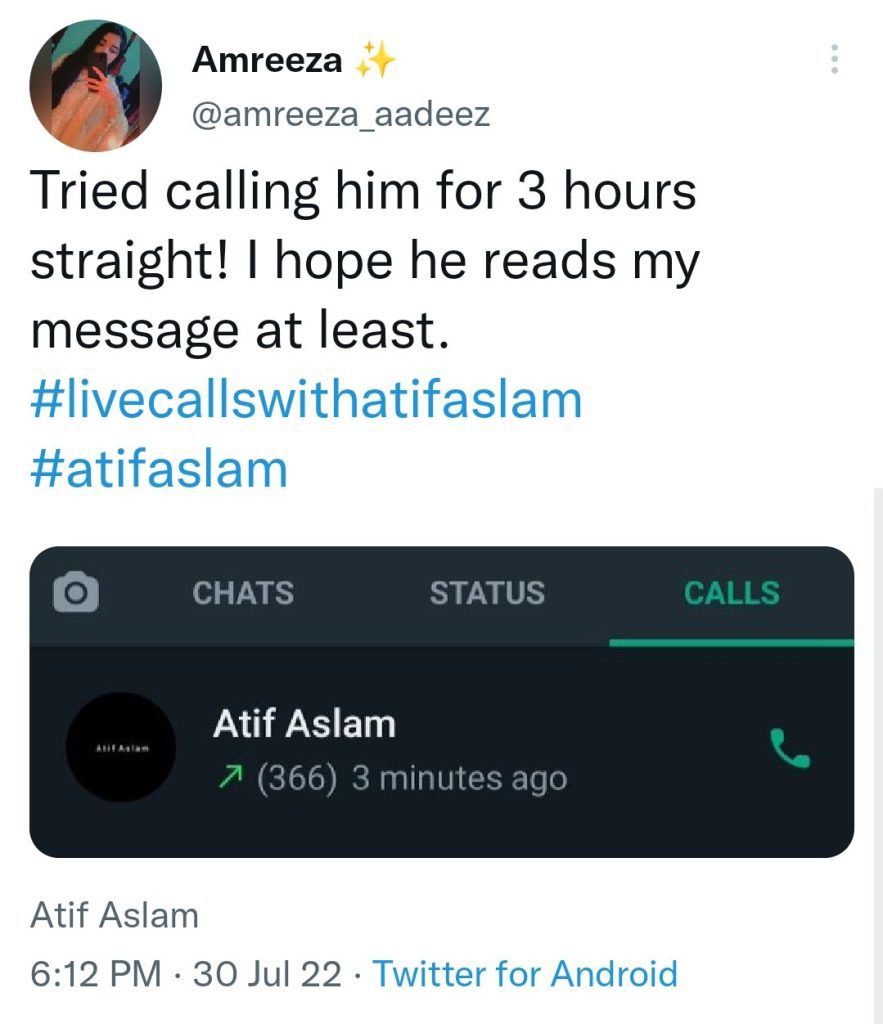 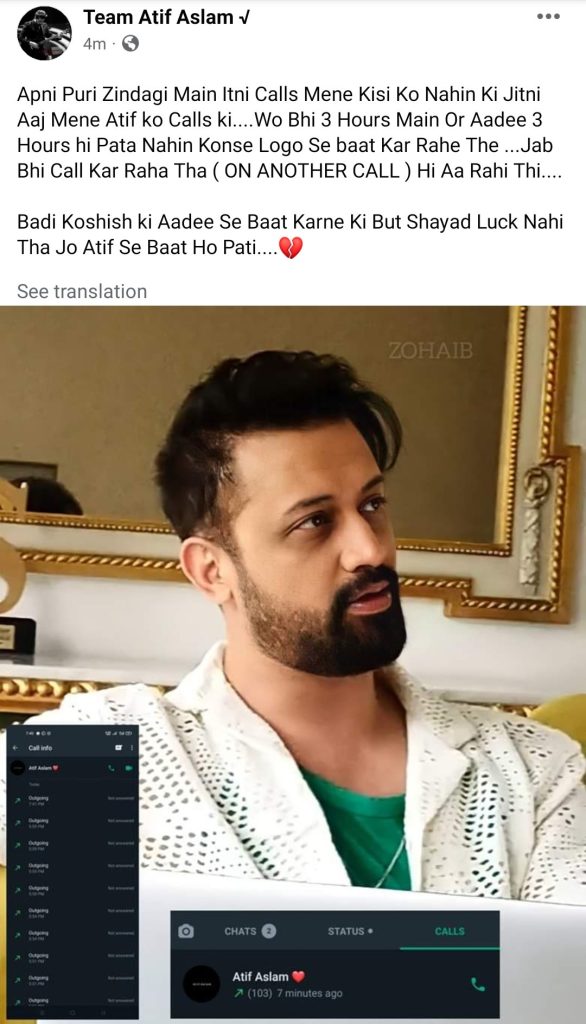 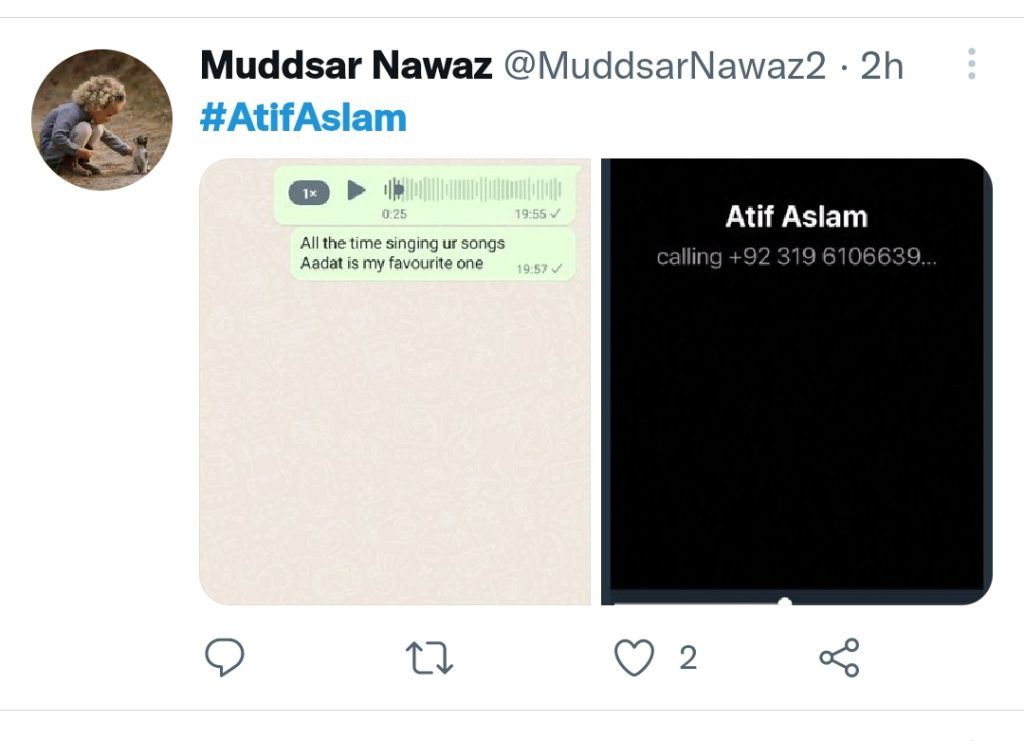 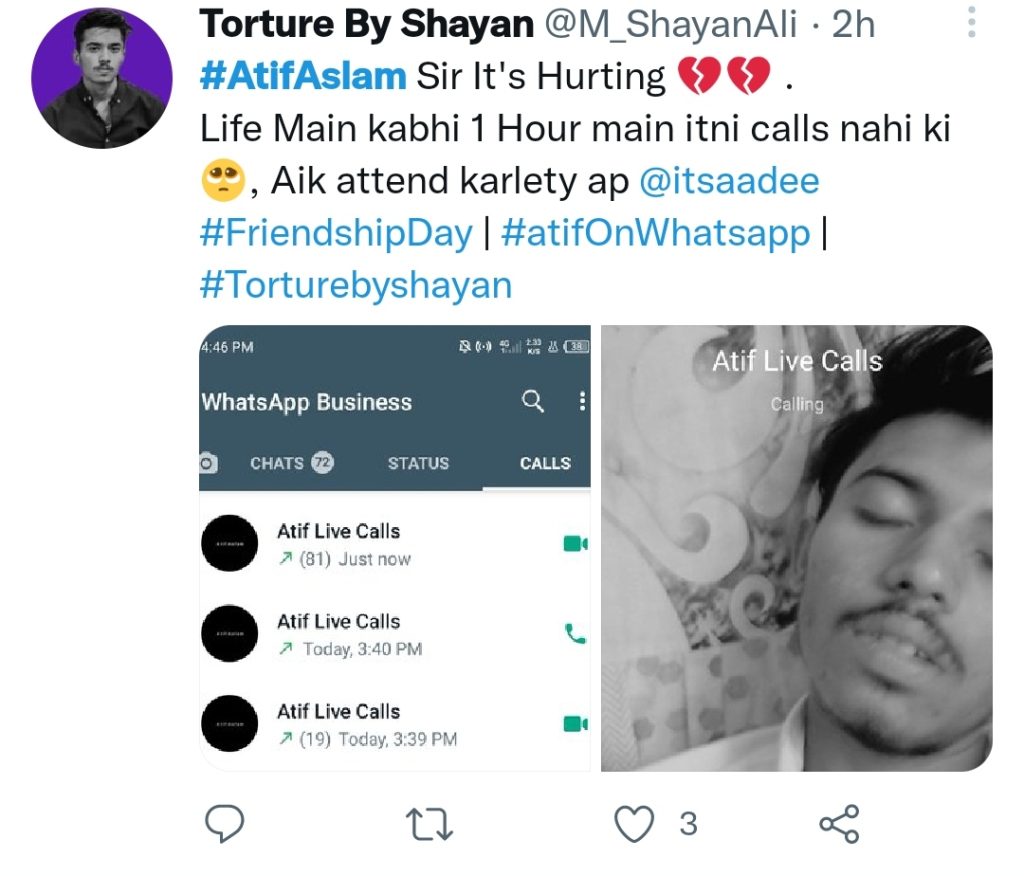 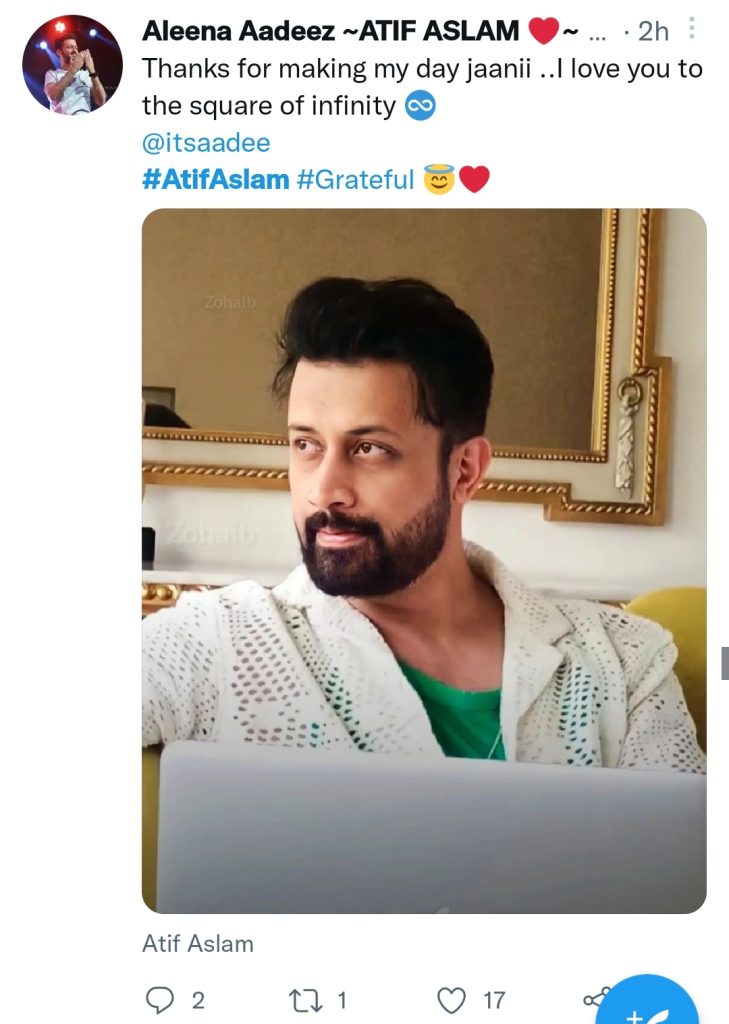 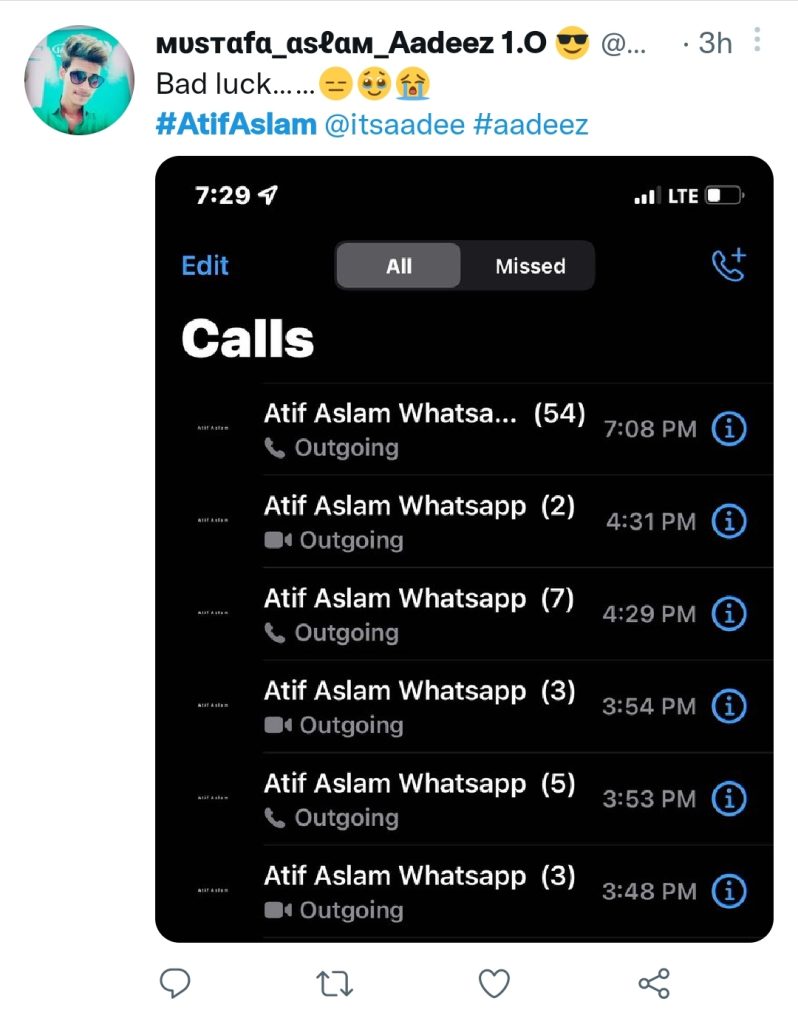 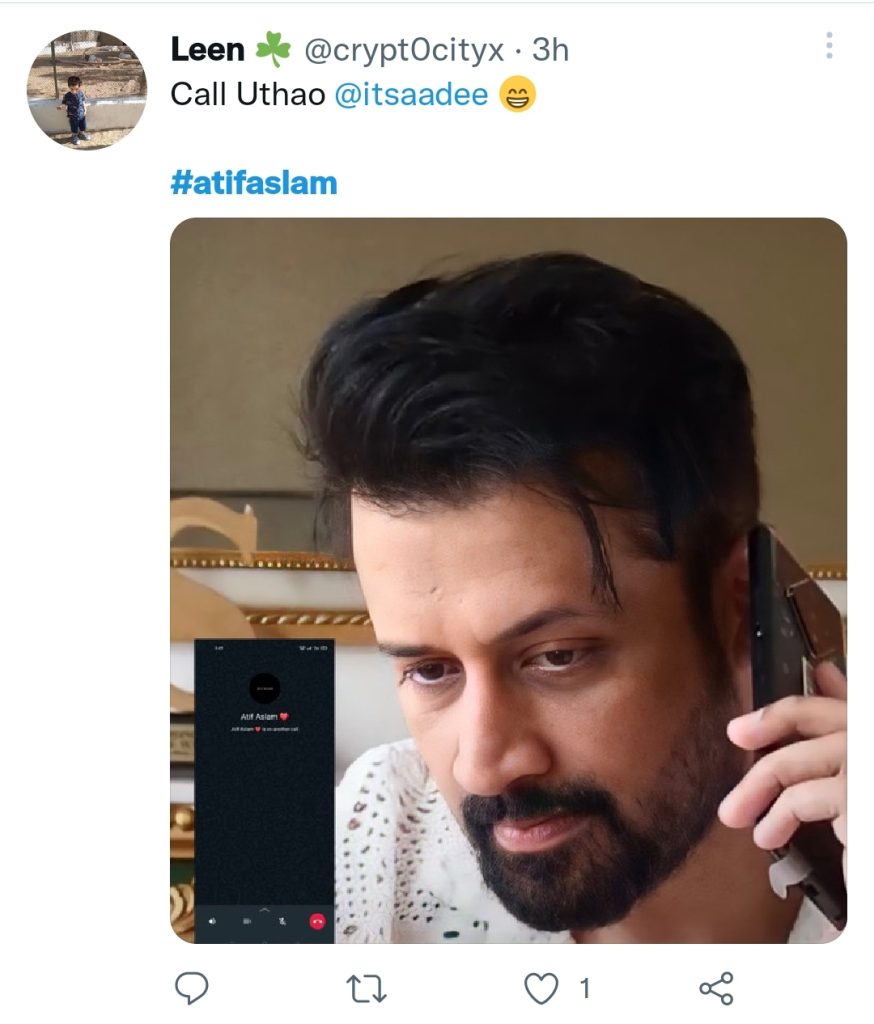 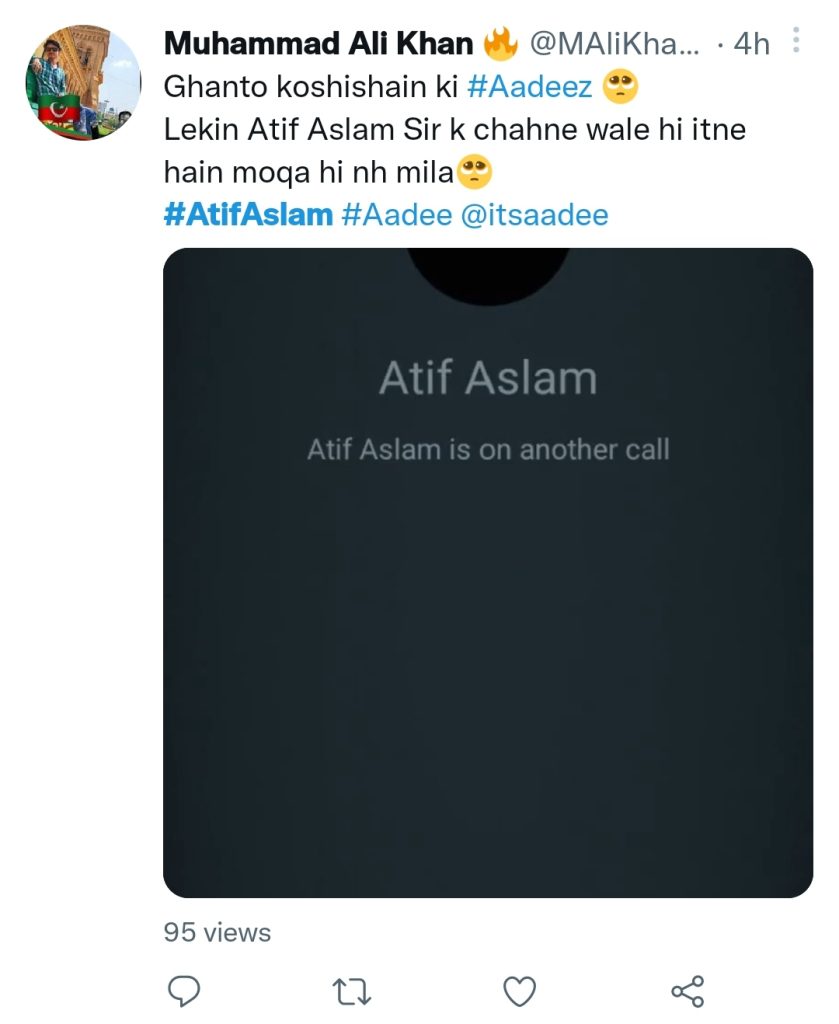 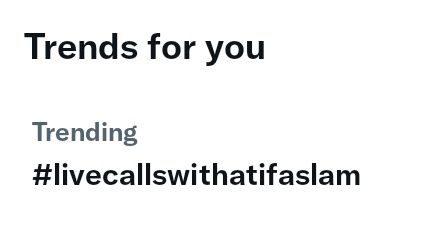