The Bulbulay star Ayesha Omar has solidified a place for herself in the Pakistan Entertainment Industry with many career-defining roles. Ayesha got famous for her role as Khoobsurat in the popular sitcom Bulbulay. Besides giving the audience fits of laughter, the actor has also given some serious style goals.

Ayesha stepped into the limelight when she was just fifteen and started her career as a model and then ventured into hosting and acting. Recently, the starlet was in the news as she talked about the sexual assault ordeal on her Instagram live with Rose McGowan.

As soon as the fans got to know about the trauma that the Bulbulay actress went through they came out in love and support. Ayesha sat down for an interview at a local news channel and trust me it was an emotional roller coaster ride. 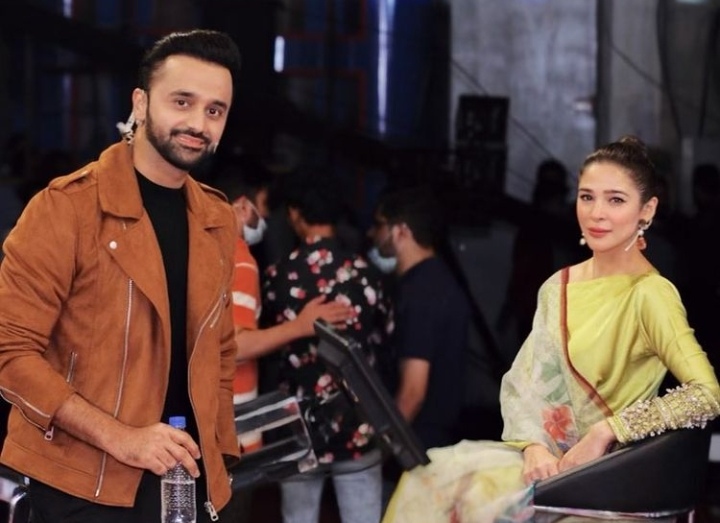 Ayesha’s father passed away when she was only 1.5 years old. Her mother struggled a lot to raise her and her brother. She shared that they saw some difficult years after her father’s death. They resided in Karachi but when her father died they moved to Lahore.

Her mother was very young when she became widowed and chose not to remarry. Her mother dedicated her life to raising her kids. They could not afford the expenditure of the school she was enrolled in, however, she got a merit-based scholarship to get through.

To afford uniform and books, her mother used to do three jobs, she would teach at school, then provide tuition in the evenings plus the pick and drop services she gave to the students. Ayesha’s mother drove students to school in a van for 12 years to put together enough money for the household expenditures.
Her mother is a career-oriented woman and she gave the same advice to Ayesha that life is unpredictable so that do not be dependent on anyone.

Marriage May Be On The Cards

The starlet told viewers that she handled all the expenditure when she became the bread earner of the family. She always thought if she’d get married who would take care of her mother and brother.
Ayesha also revealed that there was someone special in her life but things didn’t work out. Now, she is thinking about settling down and starting a family.

So, we might see our beloved Khoobsurat hopping the bandwagon of married celebrities soon. 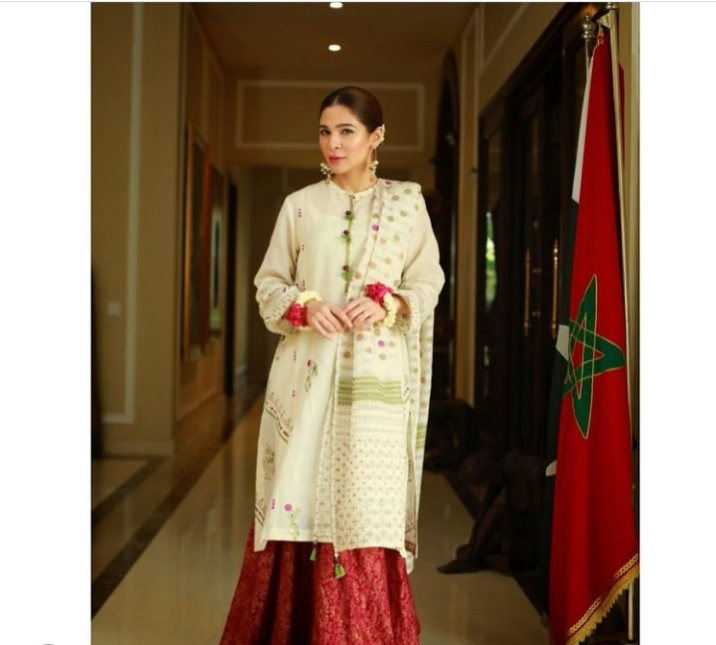 Ayesha Omar opened up about the sexual harassment ordeal with Rose McGowan in an Insta Live session. Ayesha and Rose talked about how they found the courage to be vocal about their ordeal and the toll it took on them. That live session left many misty-eyed.

The actor talked about her torturous encounters with the harasser once more in the latest interview. The Dolly ki Ayegi Baarat actress told viewers that she remained silent for 13 years and even her mother was not aware of the harassment incident.

The starlet didn’t reveal the name of the harasser as she told that he is in no position to harass anyone anymore. But what she did disclose was that he was considered a media giant of the industry and she felt powerless before him.

When she was 22 and just joined the industry, the encounters with the media giant started falling into the harassment territory. She said that she regrets not speaking up and she is sorry for the person she was. She added that had she taken a stand for herself then, she would have been a different person now. Ayesha told the host that she was scared to go against him as it might have affected her career and life.

Ayesha Omar got teary-eyed talking about the pain and the trauma she had to go through. The whole unfortunate experience has made her stronger and she is more emphatic towards victims and willing to give them the benefit of the doubt. She confessed that she has never cried on live television and it is difficult for her to be vulnerable and let her guard down. To talk about painful and terrifying experiences, to relive traumatic times takes a lot of courage, that too for someone who is a public figure, just adds to the trauma.

Ayesha aka Khoobsurat said that her mother was not quite supportive of her career. Just 26 episodes down of Bulbulay, she told her to quit the show but Nabeel convinced her to let Ayesha stay on the show. She further credits Hina Dilpazeer for the success of Bulbulay. She admits that Bulbulay became hit because of momo’s character played by Hina Dilpazeer. 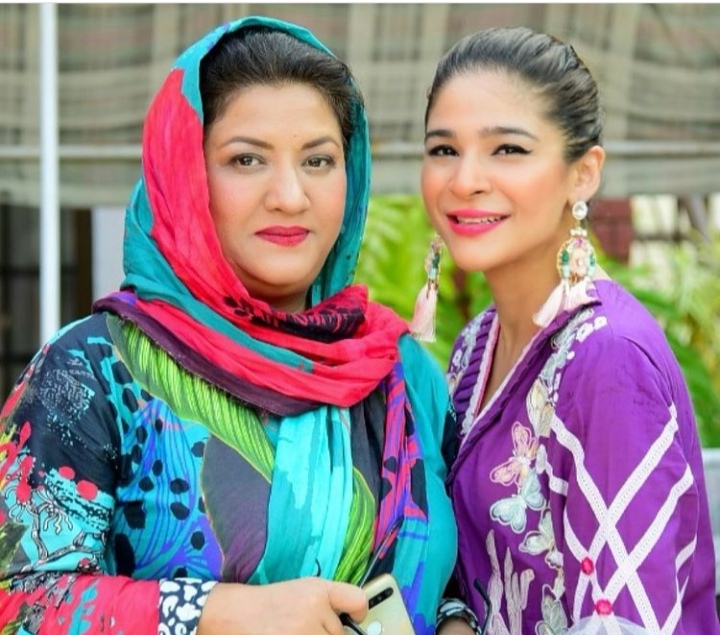 Her Stance On Item Numbers

Ayesha Omar said that about the whole debate that should item numbers be in the films or not? She has concluded that item numbers do not necessarily make a film strong. The production houses and film directors must focus on the content that makes a film worth watching.

The actress herself has done an item song for the movie Karachi Se Lahore. The social media warriors trolled her for the item number, however, the starlet’s stance has changed on the presence of item numbers in the films. Ayesha said that she would not do an item number even if she gets a lucrative offer. 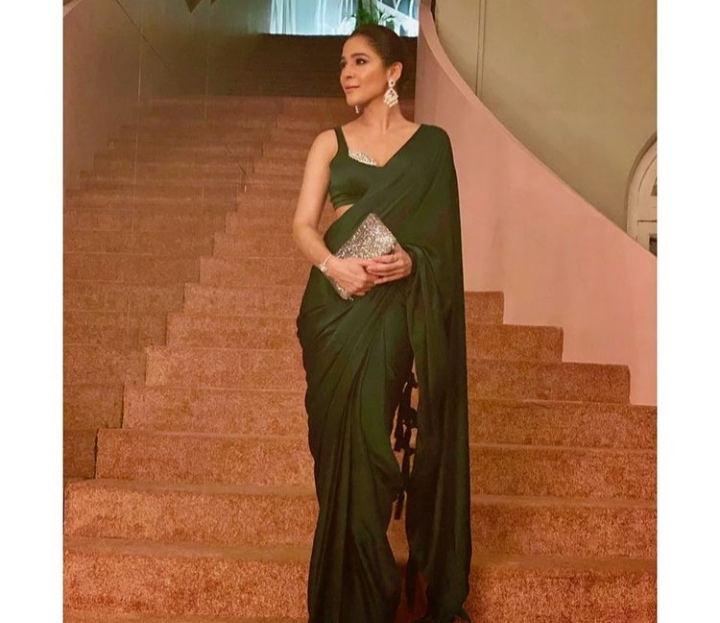 Ayesha has lured fans with her polished acting skills on TV and silver screen alike. By now, Ayesha appeared in films like Love Mein Ghum, Main Hoon Shahid Afridi, Karachi Se Lahore, Yalgaar, Saat Din Mohabbat In, and Kaaf Kangana.
On Tv, Ayesha’s most lauded work includes Bulbulay, Meri Zaat Zarra-e-Benishan, Dolly Ki Ayegi Baraat, Ladies Park, Zindagi Gulzar Hai, and Tanhai.
The shooting of her upcoming movies stalled somewhat due to Covid. However, as the work resumes, she has three movies ready for release in the coming years. We would see the actress soon on the silver screen with Dhai Chaal, Rehbra, and Money Back Guaranteed.