The movie mom has made waves across the borders and people have been praising Adnan Siddiqui and Sajal Aly for their acting. Stars from my own industry have also been gracious enough to recognize the talent Sajal and Adnan have shown and have showered praises on them for their performances.

Ayesha Omar has also seen the movie and she has really liked their acting. In an instagram post she was very verbal and generously praised both of them for holding their own against legends in India.

Here is what she wrote about them ; 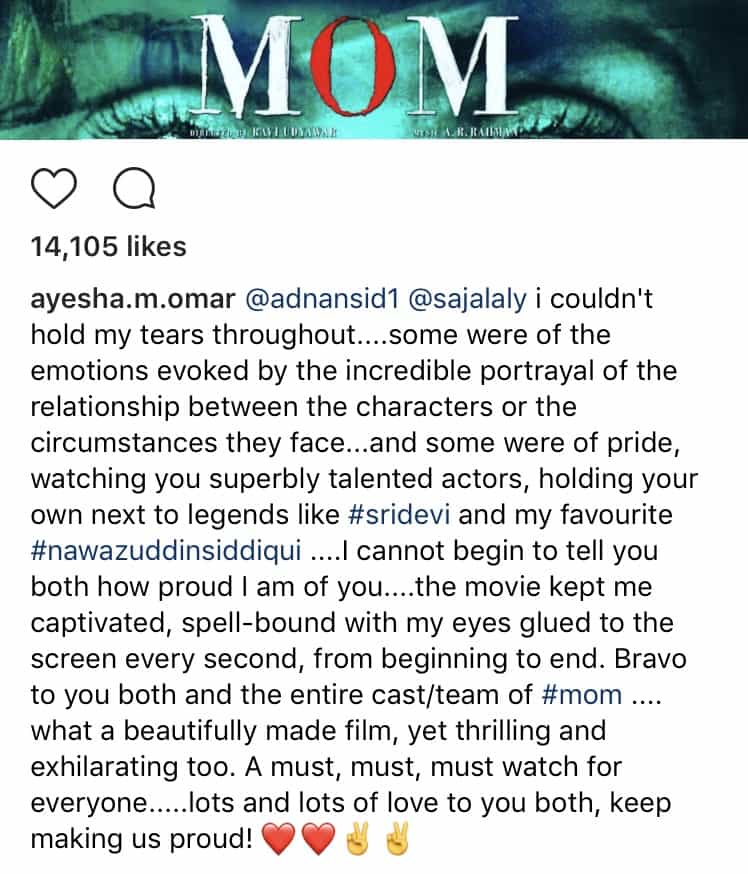 Sajal Aly also read this and replied to Ayesha in the comments:

Ayesha was very lavish in praising Sajal in response,

Sajal has certainly managed to bag success, name and fame with her Bollywood debut. Looks like no body is going to forget her performance in Mom for a long long time. 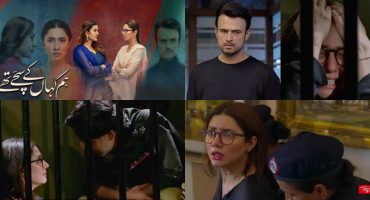