Ayeza Khan is a gorgeous and versatile Pakistani actress and model who has marked herself in showbiz industry as one of the leading actress of Pakistan with her stellar performances in various blockbuster dramas. 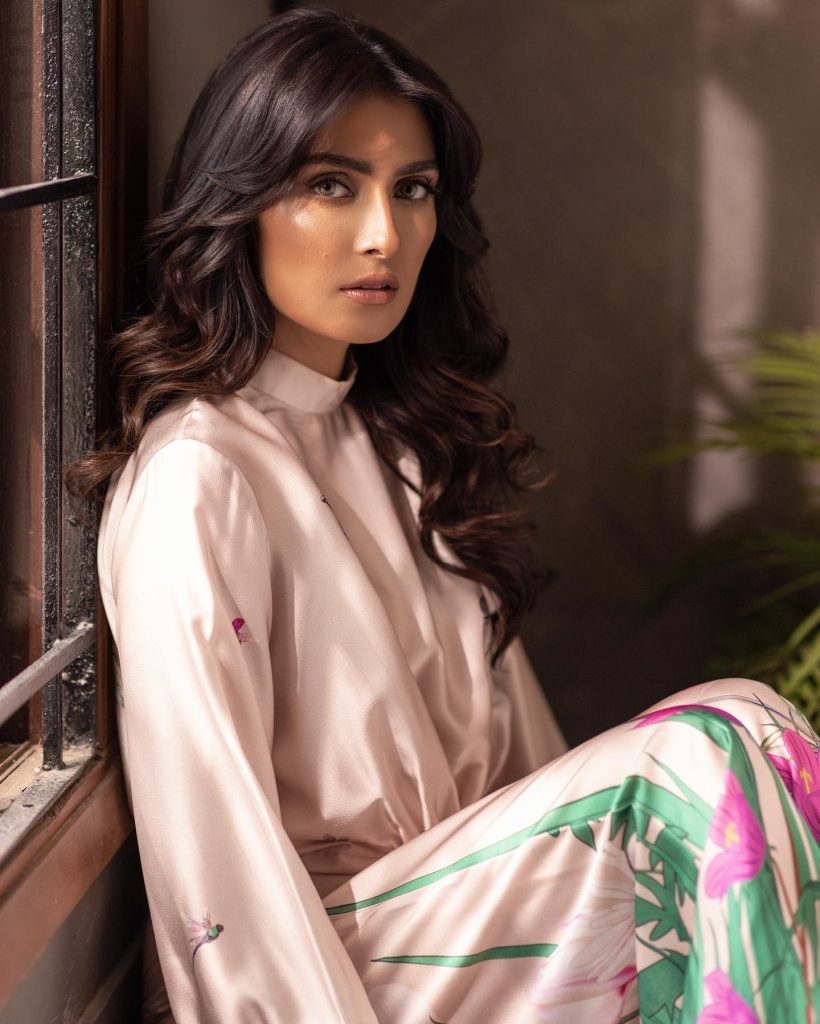 Lately, the super stunning Ayeza Khan was spotted at the 8th HUM Awards held in Toronto last night. Ayeza khan looked super chic as she opted for a heavily embellished lehnga choli by one of the famous Indian designer “Abhinav Mishra”. Ayeza completed her look with minimal makeup look and intricate silver jewelry. Have a look at the pictures! 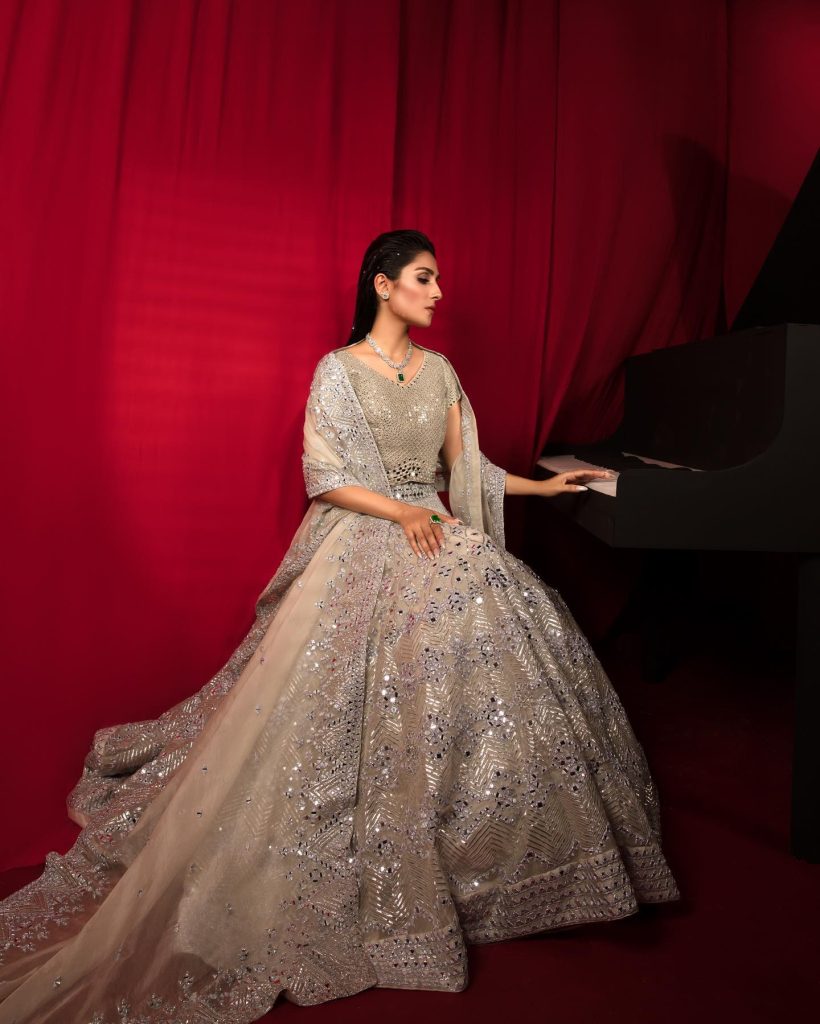 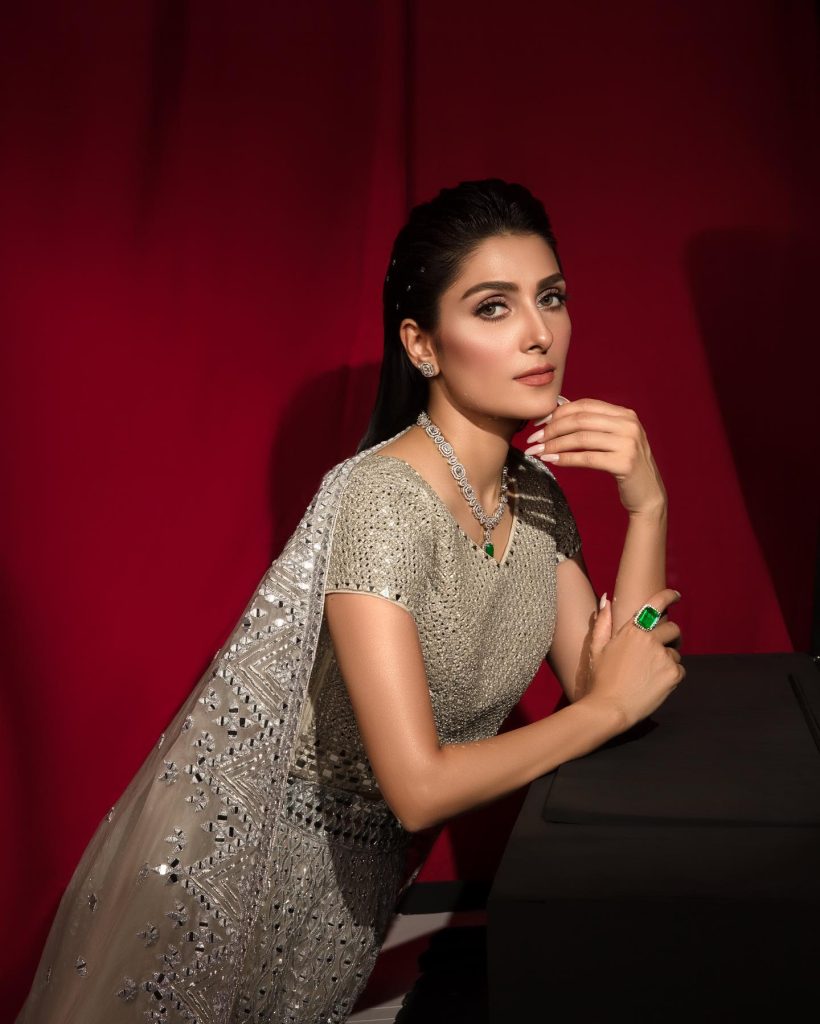 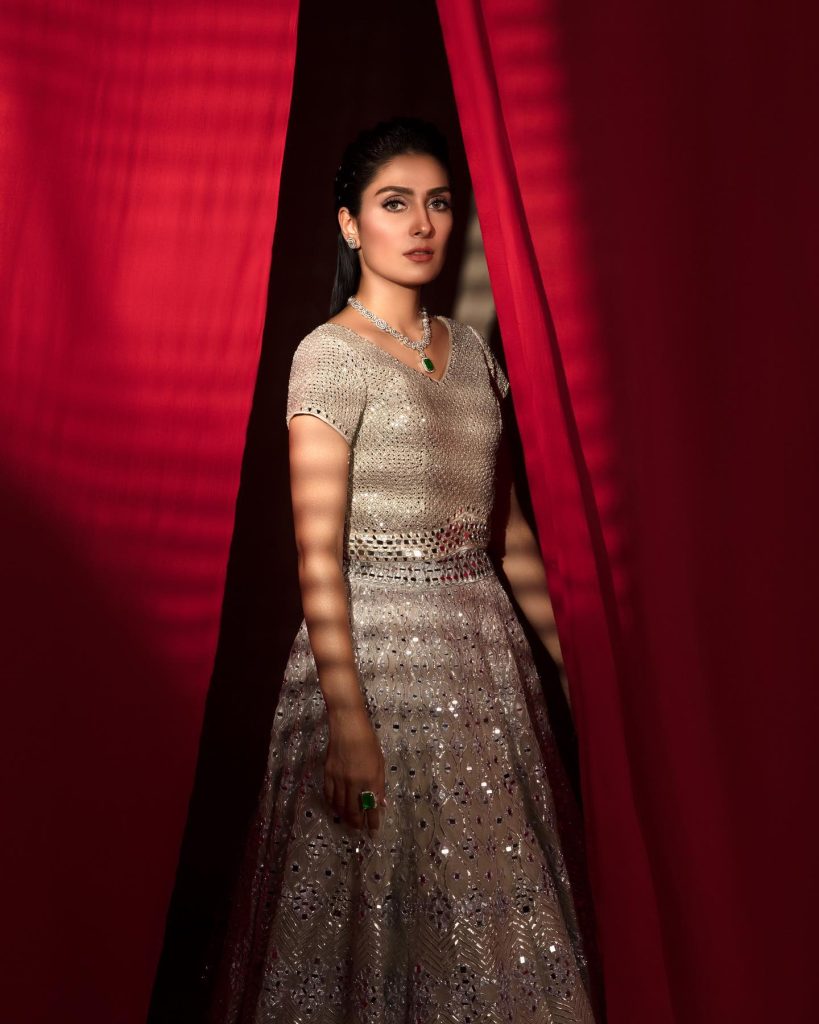 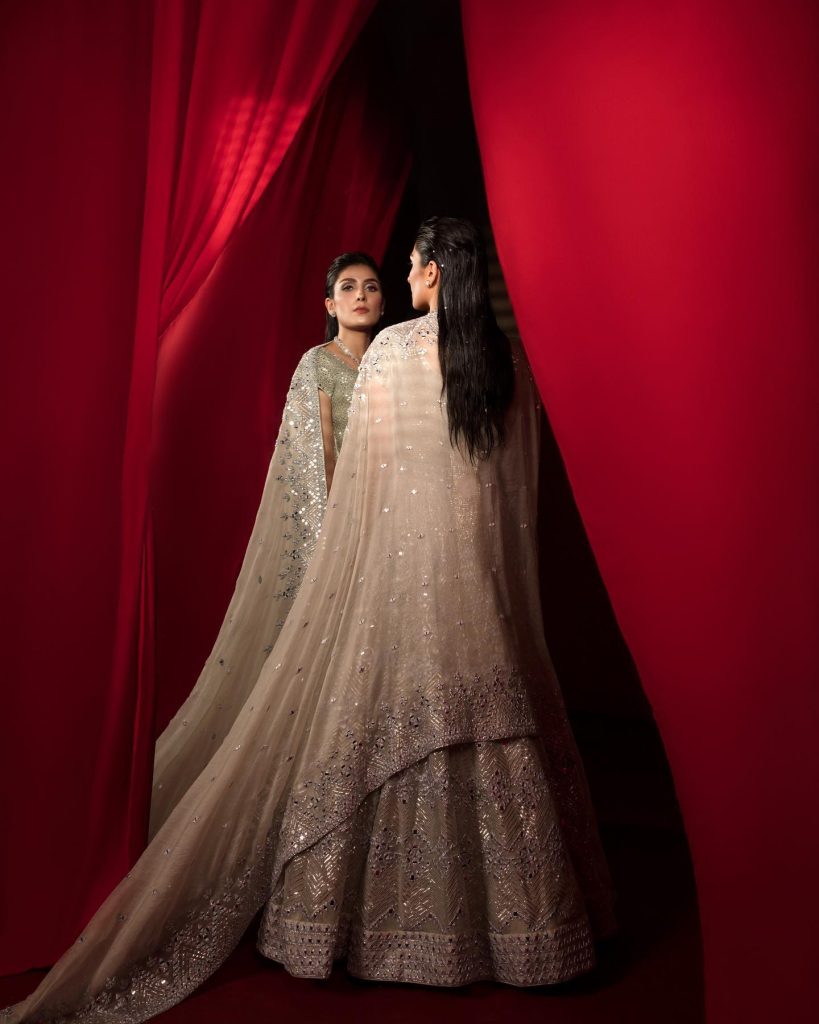 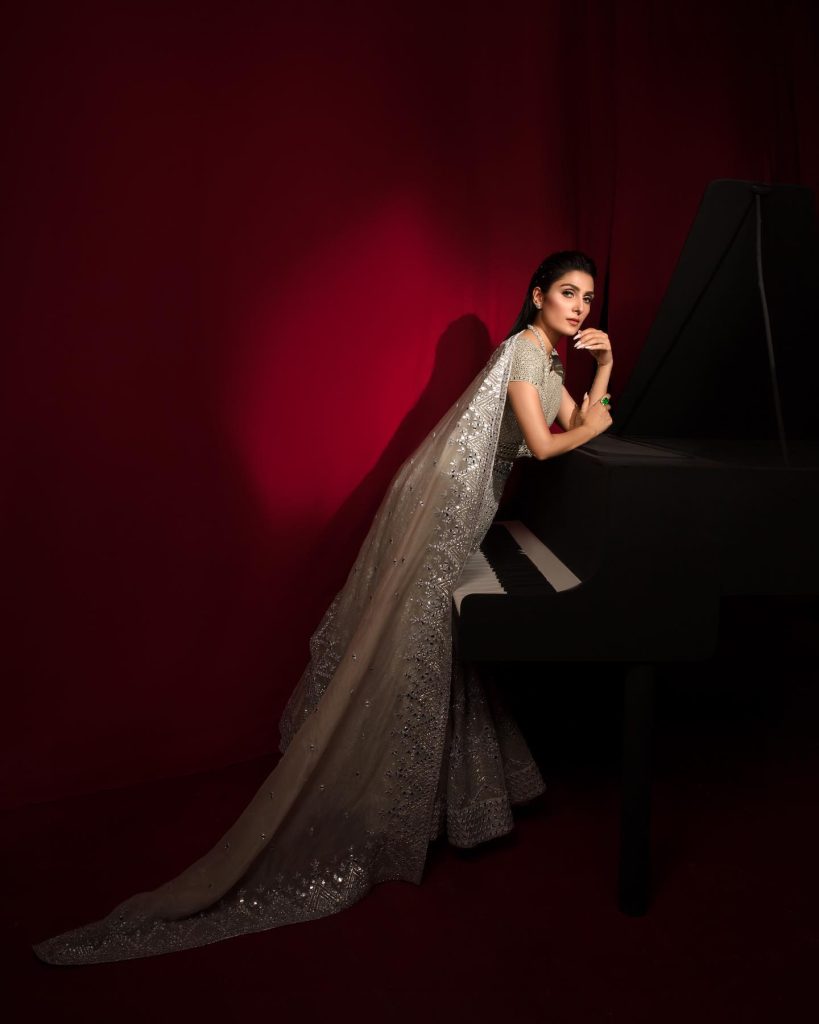 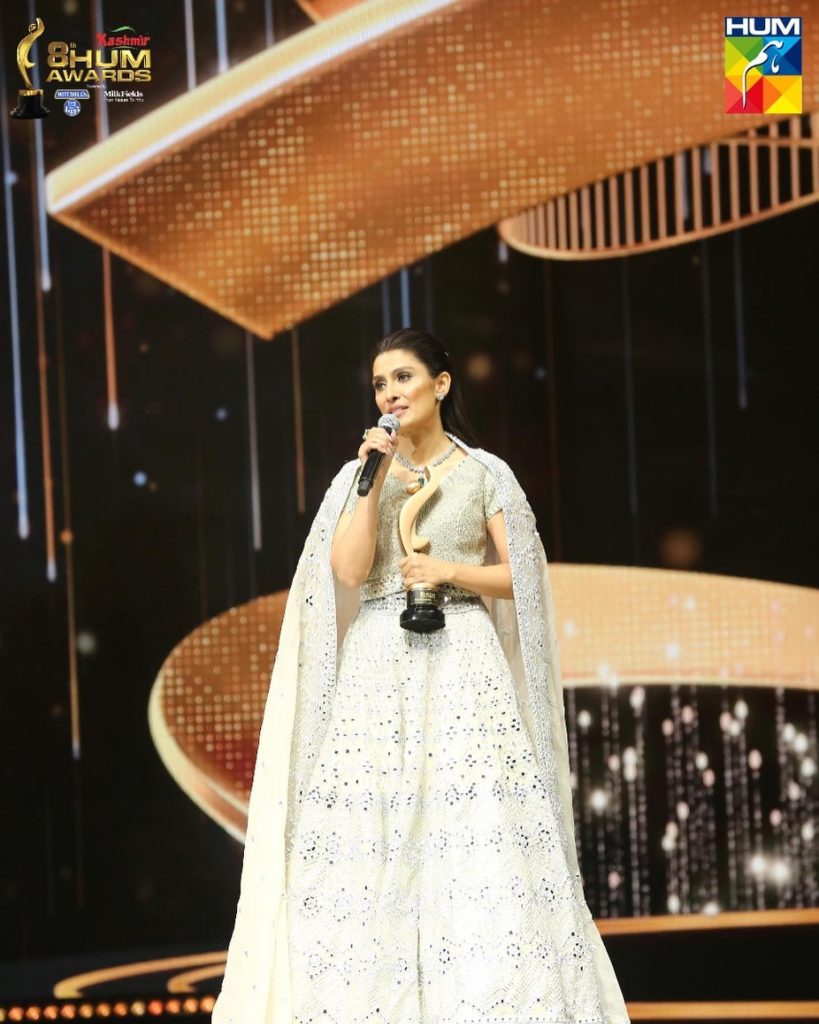 Right after Ayeza’s pictures went viral on social media, the netizens were quick enough to respond. Some of the netizens were not happy with Ayeza’s wardrobe choice as they stated that the outfit looks more like a wedding outfit. The keyboard warriors also criticized the actress for wearing an Indian designer dress. Here’s what audience had to say!